On iPads in Mass and Other Perspectives

I was sitting in a hospital room, holding Tessie on my lap, wrapped like a little burrito, while the EEG tech tried to attach electrodes to her head.  A young woman was there whose job was to help advocate for Tessie and to help entertain her.  She was holding an iPad with a screen saver that showed bubbles and lights, in hopes of distracting her from the thick paste being pressed against her head. 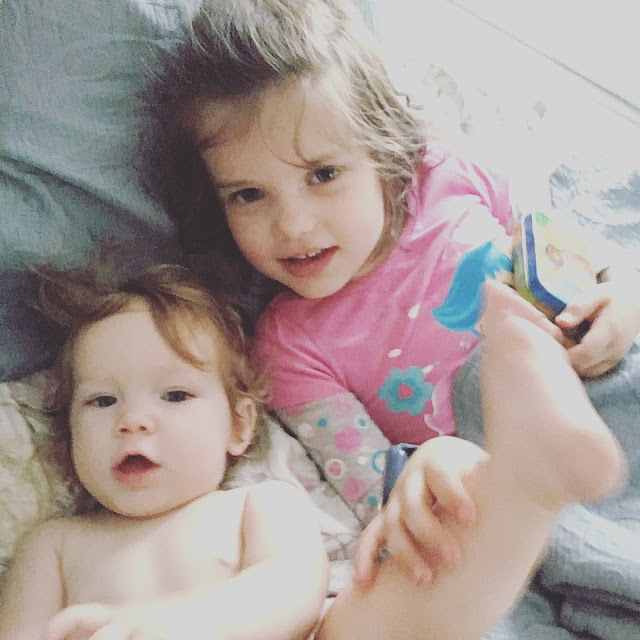 During a quieter moment, she mentioned how great the iPads were at helping kids through procedures and I said that my soon to be seven year old with autism was about to get one from her birthday.  I was excited about the apps that it would give her access to and what it could mean for helping her communicate.

The young woman's face fell.  "I just hate how when kids have them it's all they do.  They just stare at them all day.  I think it's really sad."

I just nodded and turned my attention back to helping Tessie stay still in the awkward silence that followed.

In the last week I've seen a half dozen articles being shared around my feed about the evils of iPads, iPhones, and everything else with a screen on it.  It's the end of civilization, the end of society, the crisis of a generation, the headlines scream.  Friends share them, agreeing emphatically and talking about how they would never.

There are many assumptions made about parents who would give their child such a device.  Not paying enough attention.  Letting screens do all the work.  Wrapped up in their own Facebook feeds. 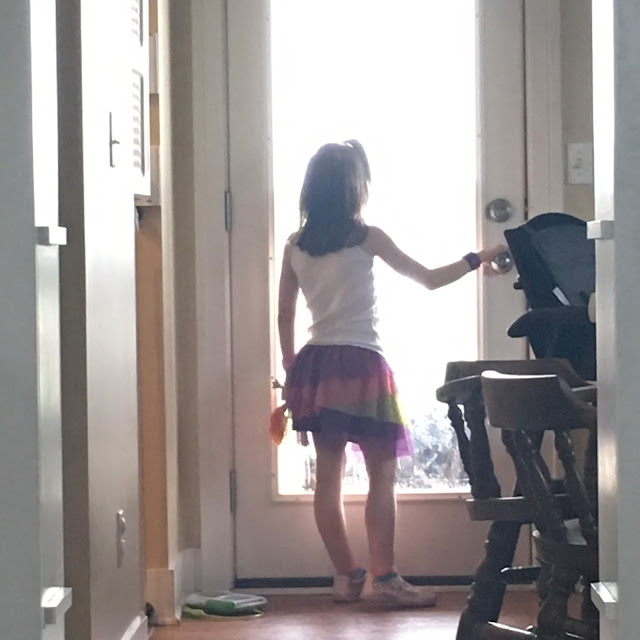 I thought back to a debate I'd read recently where someone was horrified that there had been a child in church with an iPad on their lap.  Should I go to the priest? the person had asked.  Would you say something? she went on.  Should I tell the parents how how wrong they are to allow it?

Many people would.  Many people were disgusted, horrified by the horrible parents who would allow such a thing, in Mass.

Perhaps I should begin with the disclaimer, on this particularly controversial subject, that Maggie doesn't take her iPad in at Mass.  She actually doesn't use it all that much.  If I turn it on and give it to her it will gleefully amuse her for an hour.  Maybe.

Allow me to be sidetracked for a moment, by our tenuous relationship with screens. When Maggie was about three she started leaving the room every time a TV went on.  If she was in the room, she would watch it from the side, out of the corner of her eye.  But that was rare.  Usually she would flee.  When we were on a plane and she was sitting next to me, she reached over to my old Kindle paperweight, and turned the screen over, so that she wouldn't have to see it.  Apparently even on my lap, off to the side, it bothered her.

A year or two ago an autism communication app came out and the video of the father who had designed it to help his daughter quickly went viral.  A dozen friends messaged me about it, and posted it on my wall, and I agreed heartily that it was amazing.  But I didn't think it was for Maggie.  She still turned away whenever she saw a screen.

Whether it was some sort of visual processing issue where she was overwhelmed or could see the pixels more clearly than the normal person, or what, didn't really matter.  She couldn't stand screens, despite her vision tests being entirely normal.

So I was thrilled this year when she finally began to be interested in the iPads at her therapy center.

She figured out the pass codes that her therapists were using, even when their hands were shielding the numbers. 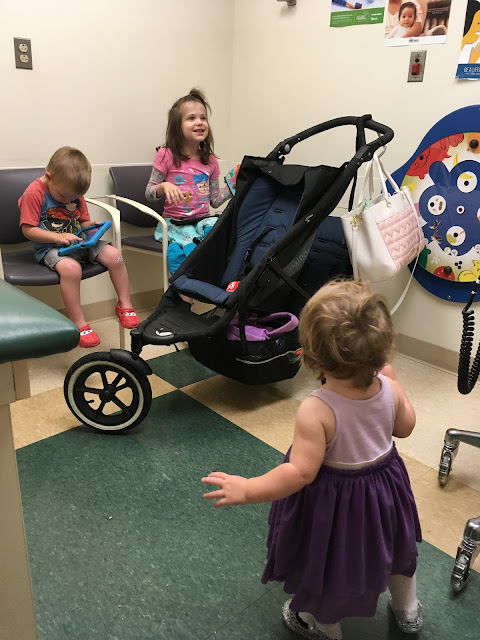 And that was when I knew we might be ready to try one.  Maybe those apps could help after all.

She got hers for her birthday, but it took a while to find a case that would work.  Apparently Otter Box hasn't yet come out with a case for the new iPad and all of the cases that were out looked like something that she could snap in two (we finally found on that the worker at Best Buy assured me was comparable to the heavy duty Otter Boxes).  So last week I programmed it with mermaid apps and autism communication apps, and locked it down with child safety features, and I handed it over.

She sprinted to her room and climbed up to the top bunk and sprawled on the mattress.  When I peaked in she said "out please!" and climbed down to help me close the door.  I wondered if I'd created a monster and began to come up with limits to how much she would use it.

An hour later she rejoined the family downstairs, leaving her iPad behind.  I retrieved it at bedtime from the place she'd left it. I brought it with us and took it out four days later at her doctor's appointment and she was delighted.  It helped keep her much calmer than she usually is around people in scrubs.  And then, two days later, I brought it out again and she spent fifteen minutes playing with it before she decided to do something else. 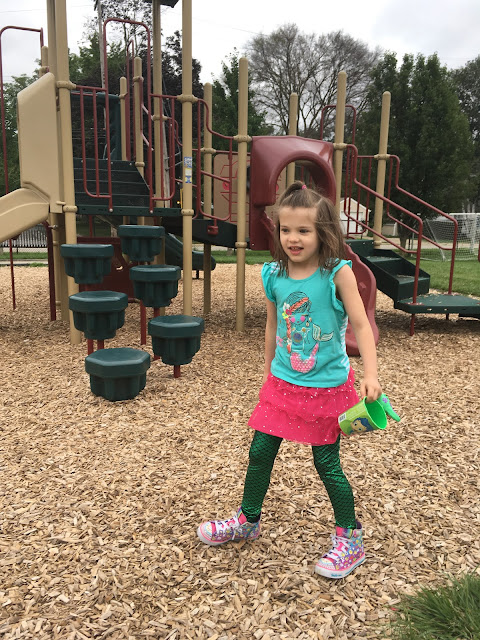 She already takes between 17,000 and 35,000 steps a day according to her GPS.  So the worries that the woman helping me with Tessie expressed about kids and their iPads, aren't really on my radar.  But what does keep popping up into my consciousness, is the perception of parents who let their kids have iPads and the harsh judgment of what it must mean.

Back to the red hot Mass debate.

I thought about it last week, in Mass, when two adults with greying hair came into the cry room and sat behind us.  Their phones kept beeping, every few minutes.

Phones in Mass? I thought for a moment, when they didn't turn off the sounds and the dinging continued. Those thoughts, immediately judging others behavior can be pesky and hard to shake off completely.

They probably have a very good reason, I pushed the earlier thoughts away, trying to refocus.  They very well could have a sick parent in the hospital or some other emergency and they're trying to attend Mass while waiting for some other news that can't be missed.

Midway through the phone dinged again and they jumped up and ran out.  I'm willing to bet that they had a pretty good reason for not wanting to miss whatever message they were waiting for.

And it got me thinking again about how we judge others at Mass. 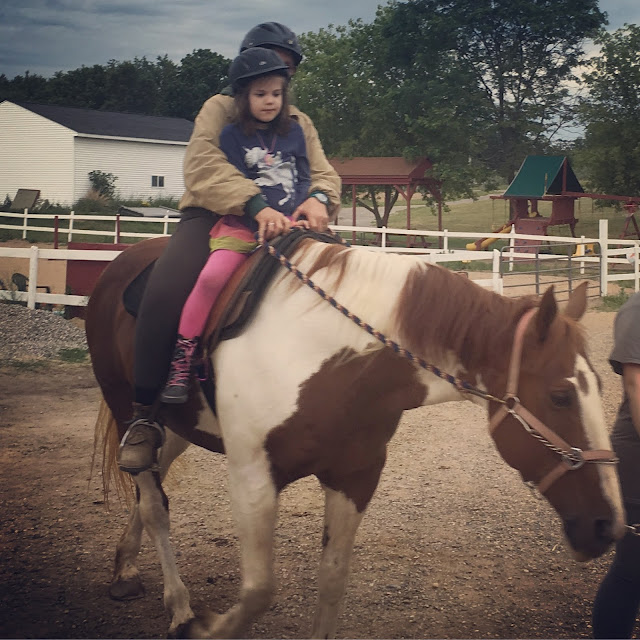 That kid with their iPad may not be verbal and that device on his lap might be the only way he has to communicate with the world.  And yes, even during Mass, we don't take your voice away so that you can't communicate in an emergency.  Or maybe they can speak, but Mass is painfully overwhelming.  The smells and sounds and intensity can be too much and that iPad, and even headphones, might make it bearable so a family that would otherwise not be able to be present can participate.

There are so many reasons and I'm sure I'm missing some that I've never considered because they aren't part of my experience as a parent, at least not yet.

I think we might do better welcoming those with differing abilities, and their families, into the church, if we give people the benefit of the doubt.  If we swat away those uncharitable assumptions and remind ourselves that other people might have reasons that we can't even begin to understand.

Not all disabilities are visible.

Or it could be something else altogether.  There are quite a few Mass and prayer apps out there that people use to help them follow what's going on during Mass.

Yes, technology has drawbacks.  Online bullying is a major one, which many of the articles I've seen this week mention.  And I do believe balance is important.  And protecting our kids.

But I'm also not comfortable with ripping someone's voice away from them because of appearances.  Let's not throw the baby out with the bathwater.

And next time you see someone at Mass with a phone or iPad, if you're bothered, try to imagine the most charitable of reasons as you refocus.  And maybe offer the person, or family, a smile. 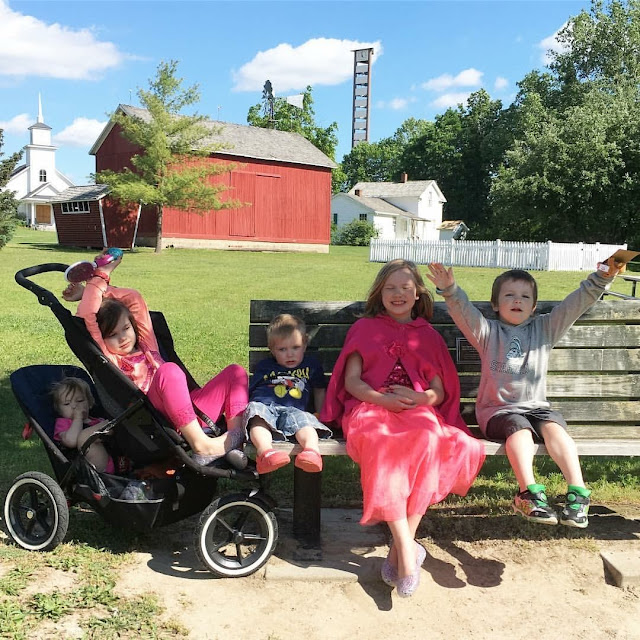 And for those looking for more about this subject this article (Screen Backlash is a Disability Issue) is worth a read.
Posted by Cammie Diane at 9:58 AM