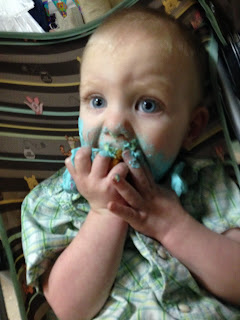 I flew through the MCHAT in the waiting room before James' appointment, keeping one hand behind his back as he tottered on the edge of a chair, staring at the tiger barbs zipping back and forth across the top of the pediatrician's fish tank.

He nearly always responds with vowels when I try to convince him to say a word. Even if it's Mama.

I'd already finished the ASQ at home earlier in the morning and while I knew he would be flagged as failing every single category, in particular gross motor skills and speech, I also could see that we were making some progress.  He could do two of the six expected skills for 18 months "some of the time" instead of being unable to complete any of them.  That was huge in my book.

During the appointment itself, both the pediatrician and I were distracted.  We were having major problems with one of the other kid's medications and had been frantically playing phone tag all week.  We skimmed through James' checks, because most of the problems that were obvious were already being addressed by his neurologist.

By then he'd already been checked out by the med student of the day.  I'd quickly given him a run down of his history.

At eight months they noticed he had hypotonia and hyperflexibility.  At ten months he started physical therapy with Early On.  He heavily favors the left side of his body over his right and avoids using his right arm and to an extent his right leg, as much as possible.

We know his speech is delayed and Early On is monitoring it.  He'll be meeting with a speech therapist soon. He just started walking, but his right foot turns in and pronates in dramatically, which makes him fall frequently.

Next week the neurologist will be writing a script for orthotics, because we've given it three months and it hasn't improved on its own.  He has been tested for muscular dystrophy, and the neurologist said the blood test ruled that out.

It was the same as every other Well Baby Check.  I go over what's happened so far and they say to keep seeing the neurologist. 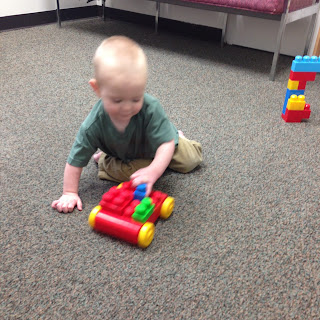 Two days later I was coming out of Maggie's appointment with her new geneticist when my phone rang.

That was an appointment I'd worried about.  We'd taken "the next available appointment" when we'd scheduled it back during the first week of October.

It had been seven months out.  I was constantly checking the calendar to make sure we weren't going to miss it.  When it takes that long to get in to see somebody, you want to be absolutely certain you're there.  And I'd been warned that they don't always call to confirm.

At that appointment the geneticist said that he didn't think she had Angelman's but that she had definite markers for Angelman's, which has to do with missing information on the 15th chromosome.  He threw out some other possibilities, like Fragile X and I made mental notes to research the suggestions he was making when I got home.  I already knew a bit about Angelman's because if you Google all the symptoms that James has that's what comes up with a pretty much 100% match, but I hadn't read anything about it for a while, and I definitely needed a refresher. 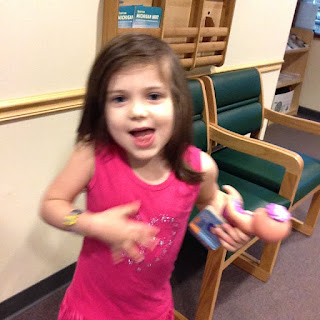 We left that appointment and I was just about to walk into Aldi, when the phone rang.  I recognized the number as our pediatrician's office and expected to hear a nurse or social worker on the other end of the line when I picked up.  Instead it was our pediatrician calling.

She explained that when we'd been in the office the computer system had been having problems and the results for the MCHAT hadn't come back right away.  In my head I thought "No big deal, he totally rocked the MCHAT." but of course, if he had, she wouldn't have been calling me.  Developmental Pediatrician's don't usually call themselves to tell you a little test like the MCHAT is great.

Perhaps this shows how relative "normal" is in our world, because while I thought he'd done great he'd actually scored extremely high (which is apparently not good) with three critical flags, and I needed to call the schedule a ADOS (the autism evaluation test) as soon as possible.  I already knew from a conversation with Maggie's social worker, that they were booked three months out and had a wait list for appointments beyond that point, at the place where he would need to go to be tested. 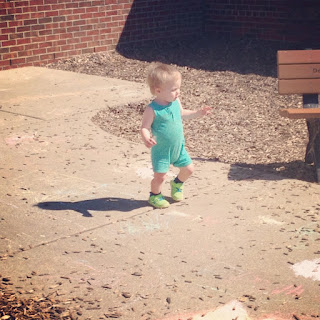 A few days later I gave the update to his neurologist while he wrote the script for orthotics, ordered a sedated MRI, which he deemed necessary on two points, most especially because of the right side weakness, and explained that if his right leg continued to do what it is currently doing we'll need to refer him over to orthopedic specialist to look into other causes.

Oh and if the hospital couldn't get him in for sedated MRI in thirty days I'd need to take him back for another physical.  Of course.  Because you need a physical within thirty days for sedation (that's why Mae had been seen that very morning).

Yesterday, as I climbed into bed, I thought about Maggie and James and how the two of them communicate, flawlessly.  She adores him and the feeling is mutual.  They are inseparable.  They think that the same things are funny.  They play together constantly.  And their communication is seamless.

So maybe there's more to those MCHAT results than I first imagined.  After five phone calls he's off the waiting list and will be tested in mid July.  And then we'll start to get answers about whether he and his favorite playmate have even more in common than we'd guessed.
Posted by Cammie Diane at 9:45 AM