Cry Rooms, Nurseries, and a Change of Heart

In the beginning, I was anti-Cry Room.

Now I should start by admitting that I had no actual Cry Room experience.  In my first almost-decade as a Catholic we'd never belonged to a parish that had a cry room.  I'd sat in confessionals and bride's rooms and in a little room outside of a bathroom.  I'd lingered in vestibules and stood outside in heat and bitter cold and all sorts of temperatures in between.

But I'd heard the stories.  Unfortunately, when Cry Rooms exist, some people in some places seem to think that all kids belong in them.  And there can be a lot of pressure on parents to take their children to these rooms, when a child makes even the smallest of peeps.  Which of course, isn't right at all.

For the last four years, before we made our move, I had spent all but maybe four Masses outside in the vestibule of our old parish, behind big glass doors.  The kids couldn't see very well what was going on inside, which made the seventy to ninety minute Masses feel even longer.

And we had many days that were very, very hard (have you ever been kicked hard in the nose during Mass and known that it was broken again?  I have...) and very, very discouraging and there was a year somewhere in the middle of all this when I really didn't want to go to Mass at all.  When James was a tiny baby, thinking about Sunday made me want to cry. 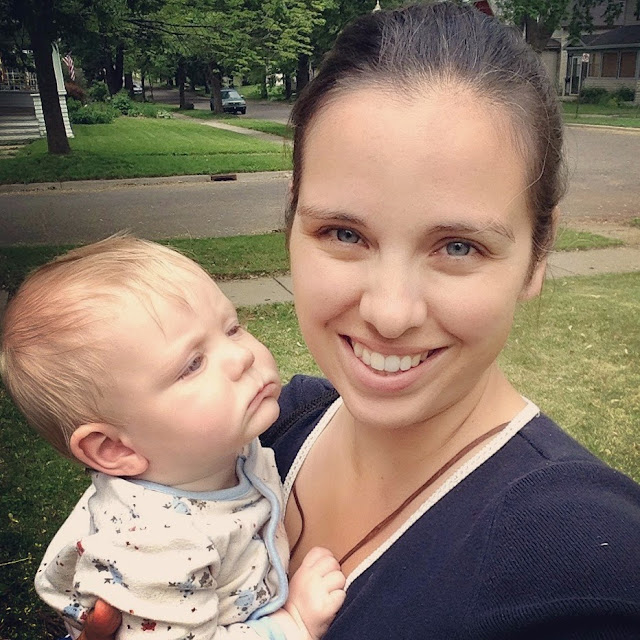 For the last year I would send Sadie in to sit by herself in the front.  Maggie would start to make loud happy sounds when we went inside, and Patch and James were both at difficult stages as well and someone was always in need of correction.  Wrangling them was a two parent job.

It wasn't ideal, but it also wasn't as bad as it had been.

But now we are at a parish with a Cry Room.

In my head, when I think those words, I imagine a little melody like choirs of angels singing.

No one pressured us to use it.  In fact, there was a bit of pressure not to use it.  At our first Mass, Paul asked the lady who opened the door for us if there was a Cry Room.  She said there was, but that we needn't go there.  There was a little chapel off to the side with a glass wall, she explained, please only use the Cry Room if we really needed to.

Of course, she couldn't have known that we basically always need it.

We tried the chapel for a solid month.  After a particularly trying day I told Paul that that was it.  We were trying the Cry Room out.

It was nothing like I'd imagined.  The room is off to one side of the altar.  There's a large glass window with a kneeler.  When Sadie, or any of the kids, kneel there they get an up close view of what's going on during Mass.  And even from the neat rows of seats the view isn't bad at all. 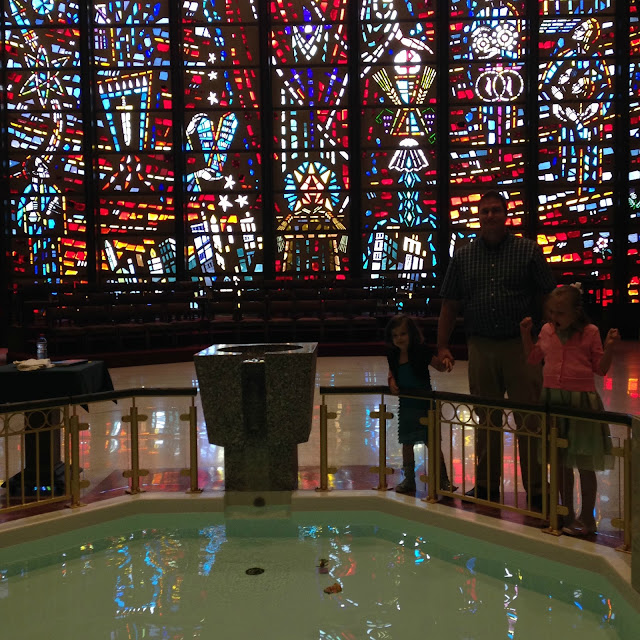 Mass is still chaotic for us.  For anyone reading who doesn't know our family, we have an eight year old (the only person I don't worry about during Mass), a six year old with autism, a not-quite-four year old, an almost-two year old, and a three month old.  That means that there are four kids who might act up/scream their lungs out at any given minute.

I find myself helping one child or another to behave themselves roughly every sixty seconds during Mass.  Some days it is literally non-stop for the entire Mass.

But for the first time in four years, I'm actually able to be mentally present for a good portion of the Mass.

And more than that, so are the kids.  We can hear and see what's going.  And that's huge.

Since we've started going to the Cry Room, Maggie's conversations with me have shifted.  Before this change, 98% of our conversations revolved around mermaids.  Now about half the conversation topics she brings up are about Jesus.  She wants to sing about him.  She wants me to help her make the Sign of the Cross.  She says "Father, Son?" and then struggles to copy me when I say "Holy Spirit."

And more than that, she asks about Mass every single night. 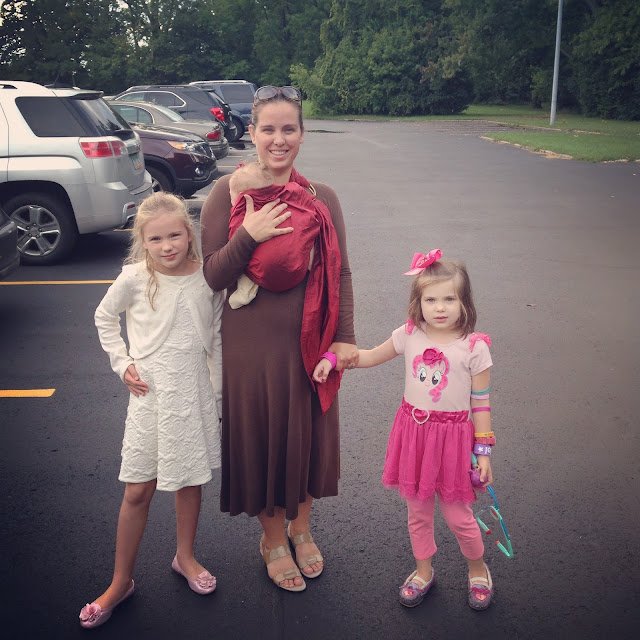 Even Patch is beginning to behave for a far greater portion of the time than he did before.  At the last Mass he knelt next to Sadie, and this time it wasn't just to try to annoy her.

Last week the nursery opened it's doors for the year, in the room right next to the Cry Room.  And we dropped the boys off and went through the door to the Cry Room for Mass.

James has been at a stage where, even in the Cry Room, he would cry through a huge portion of Mass. 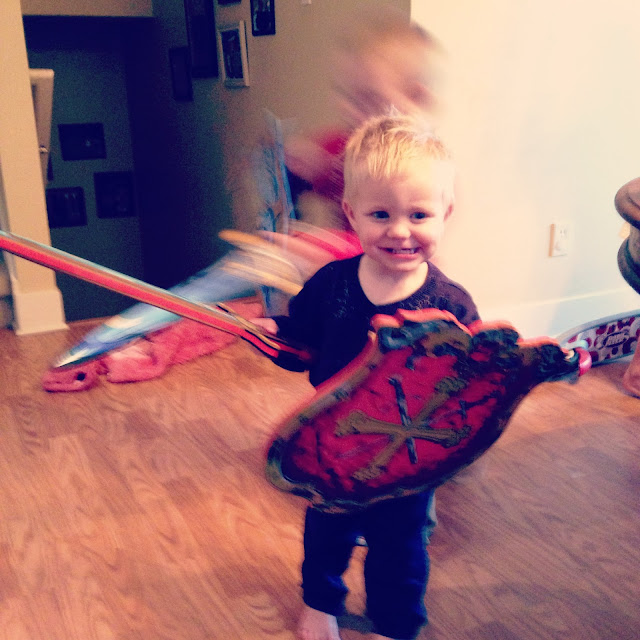 Was he getting anything from that, other than an aversion to going anywhere near the parish? Was it helping the other kids to experience Mass with a younger sibling screaming the entire time and two stressed out parents who were at wit's end after trying everything they could to calm him down?

And most of all, could I give Maggie the intensive attention that she needs during Mass to help her grow and learn and feed this blossoming interest and love of God, while dealing with an irate one year old who's throwing himself on the ground and trying to remove a heating vent from the wall?

Quite simply, for us, the answer was no.

And so we find ourselves turning both to the Cry Room and the nursery, grateful that we have these options right now, when we so desperately need them.

These years have certainly been humbling.

And so it is that I've come to appreciate the Cry Room immensely.  And the nursery.  And I look forward to going to Mass again, instead of feeling incredible stress in the days that lead up to Sunday, thinking about all the ways that things can go wrong.

The focus has been shifted back towards the reason we come together for the celebration of the Mass, even if things are still rather hectic and don't look exactly the way I imagined them, back in the days when I knew so much more about being a parent than I know now.
Posted by Cammie Diane at 10:00 PM