But it had me wondering.  Had he done any of those things during the previous couple of days?  They'd tell me, right?  His teacher had told me he'd done great each day.  That surely meant no hitting?  Or kicking? Or biting?

And it wasn't like we've had problems with him with any of those things at home... but still.  I worried.

The next day as I was folding laundry he skipped over to me.

I gave a nervous laugh and assured him that it was very good that he hadn't done any of those things.  But now I had to know.

So the next day when I picked him up I related what he'd said to his teacher.  And she was surprised, not only because he hadn't done any of those things on any of the days he'd been there, but neither had anyone else.  She explained that they hadn't even talked about them, because the behaviors hadn't come up.

And so we laughed about it and I was able to relax about Patch and his funny reports about the things he hadn't done at school each day. 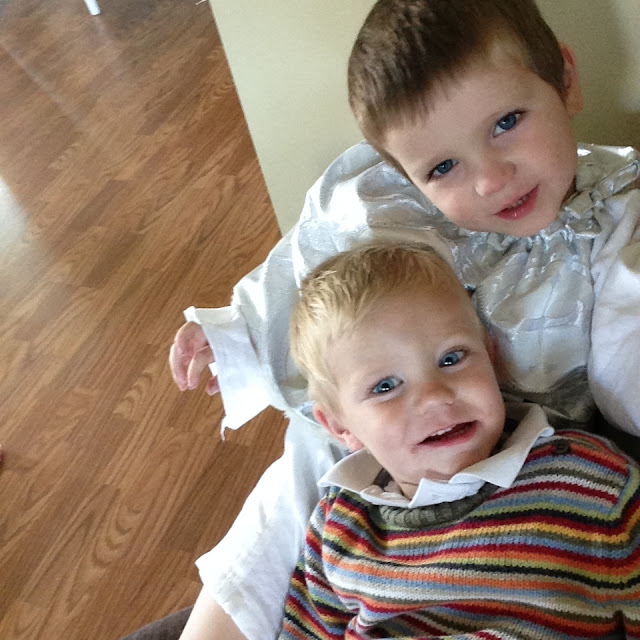 This morning at five am I woke up with a tiny space stealing three year old next to me.

It is nearly impossible to keep Patch in his room and he almost always makes his way into the big bed some time in the early morning hours.

This morning though, he had thoughts that he had to share.

"Mhmm."  I said, squeezing my eyes shut and trying to sleep.

I assured him that there were in fact no babies in my tummy, but he remains unconvinced.

He is quite the little confidence booster. 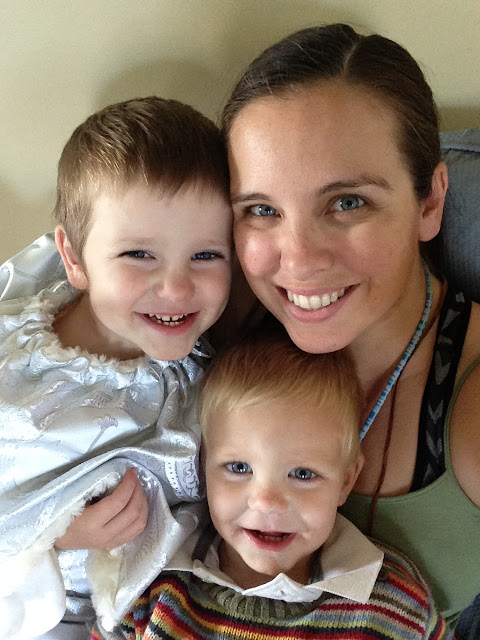 Today an email arrived letting us know that the kids would be dressing up for All Saint's Day at Patch and Sadie's school.

Patch immediately had to try on his costume from last year.  And both he and I were pretty thrilled that it still fits.

Sadie, on the other hand, is requesting Saint Therese.  I know her old Saint Therese costume doesn't fit, so I'll be firing up my old sewing machine sooner rather than later.

She made due with her Saint Bernadette costume from last year, however, for today. 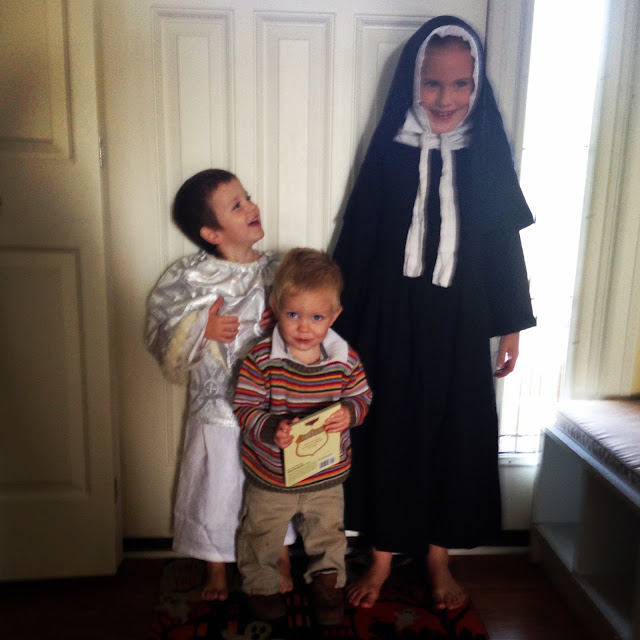 Poor James.  I know he won't be squeezing into last year's Saint Francis costume again.  But he just had to squeeze into the picture.
Posted by Cammie Diane at 10:25 PM