Sadie is playing basketball and whenever I see one of the pictures that I snapped this weekend I ask myself how it's possible that Sadie is old enough to be playing basketball because it seems like just five minutes ago I was posting pictures of her that looked like this: 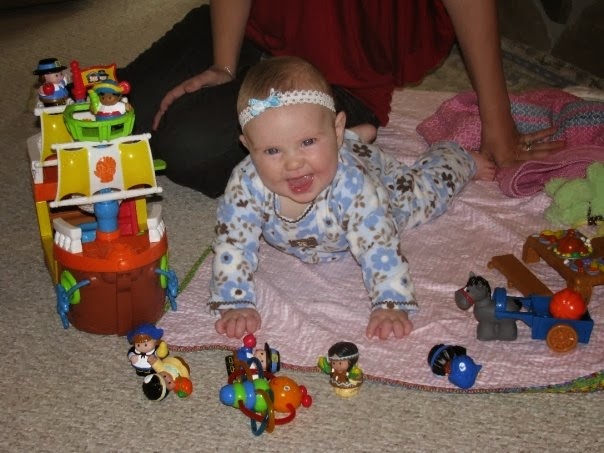 And now she's almost as tall as me, she wore my boots to school the other day, and when I took her to a basketball camp run by the high school, she was as tall as half of the girls running the camp.

I'm wondering when she will officially pass 5 feet 5 inches tall and be taller than me.

I'm thinking it's probably going to happen in the next year.

She's going to be gleeful when that day arrives. 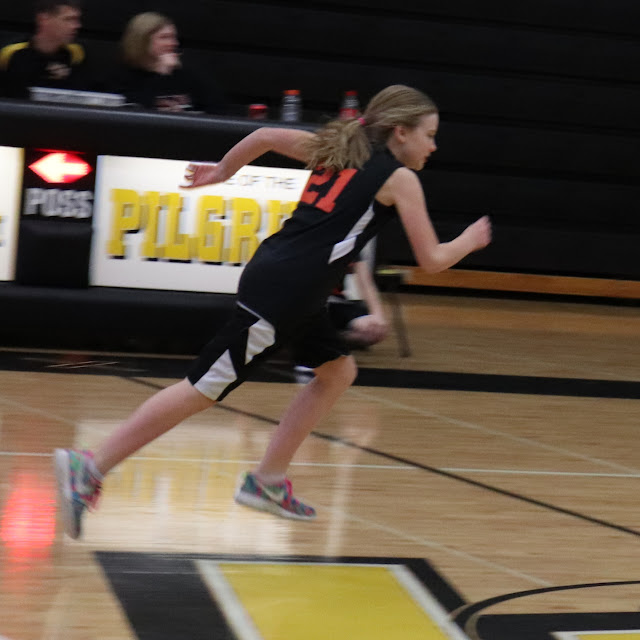 Meanwhile Tessie isn't quite sure what to think about this whole basketball thing.

She thinks it's a little concerning.

And I think she probably won't be coming to too many more games. 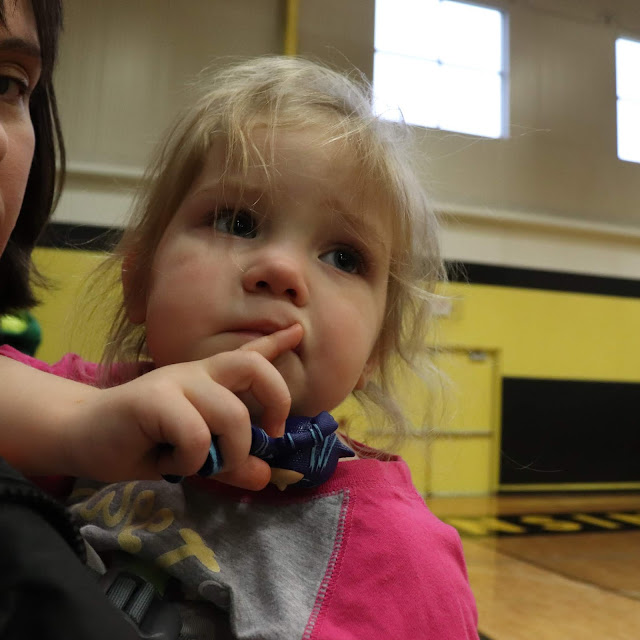 We didn't realize, when we went to our first game, that they actually charged admittance fees for fourth grade basketball.

I think originally we were picturing something much, much smaller than the league that she's actually in (more like the soccer league that the boys are in which had older kids officiating the games, which is not at all what this is like. This is BIG.).

When we arrived at the first home game and I saw that it was going to be $3 a person, for adults and kids of all ages, all the way down to the littlest, and then I spoke with another mom who has five kids, who told me that she paid over a thousand dollars in entry fees last year for basketball games (I think my eyes probably looked like saucers), and that some of the schools charge $5 a person to get in, I began to think that we probably would be taking turns going to games and that we would take turns taking one kid at a time to see her play as a special treat.

On the weekends she has games, she has two games, and those games are at different schools, so those entry fees most definitely could add up fast.

But it has been so much fun watching her learn.

And she has been loving it and having fun.

In December, one of the most popular things for family channels on Youtube to do is make videos about what the kids are getting for Christmas. And I thought it would be fun to join in so that I could actually remember what the kids got from year to year. Like a virtual scrap book in video form. And maybe it could help people who need ideas.

Don't worry (people always seem worried about this), my kids don't have access to the internet on their own, so they won't be stumbling across this video and finding out what they're getting.

I know someone was already surprised because Tessie's presents weren't age appropriate.

I did get Tessie, and Maggie, and well really all the kids the toys that they would play with, rather than trying the check the "toys for girl age 2" box, so these probably aren't "typical" toys for the age ranges, at least for our littler girls.

I am very excited to see Tessie's face on Christmas morning when she sees her giant pillow.

I might be the only mom of a two year old is saying that this Christmas... but I think that she is going to be thrilled... and maybe a tiny bit overwhelmed when she sees it.


With therapy and dinner and tucking the kids into bed and getting to work on editing late into the night I almost forgot that it was St. Nicholas' Day on the 6th. But I remembered just in time.

And thankfully I'd tucked the chocolate gold coins away, way in advance, so the morning was saved and I was able to share out St. Nicholas Day traditions on our channel:

Now to get Tessie to OT and Speech and then back home for early on. Even our "days off" are busy!
Posted by Cammie Diane at 9:48 AM