James turned one this week, and while we celebrated I made a note to myself to make sure to cancel the majority of our appointments on birthdays from now on, because while we had time for a little party, we were pretty overscheduled, and I just hadn't realized that his birthday fell on one of those overscheduled days until it was already here.  Patch had speech at 8 and Maggie had ABA at 9 and then OT at 2 and Sadie had her first Little Flowers meeting at 4:30, which meant that all in all, our day was pretty booked.

Still, James had a lot of fun.  He pretty much tagged along and had a blast doing all the things Patch was doing in Speech.  And while Mae was at therapy I set up for his big party: 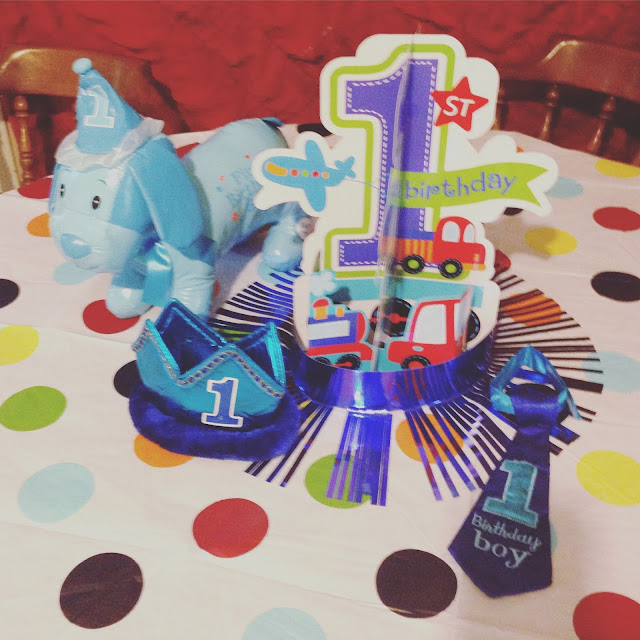 James loves all things related to cars and Patch was pretty impressed too: 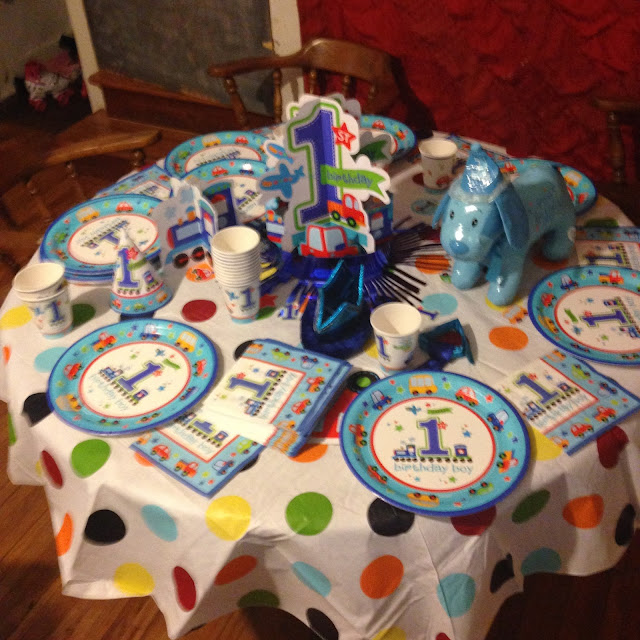 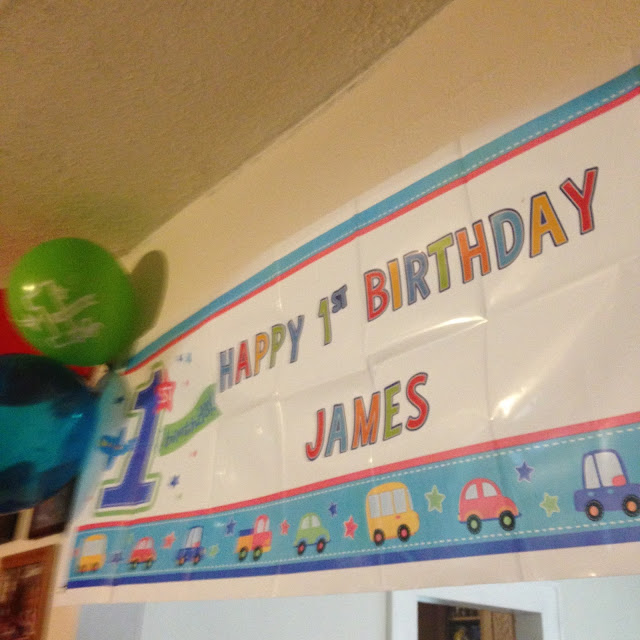 Sadie and I made the cake and cupcakes: 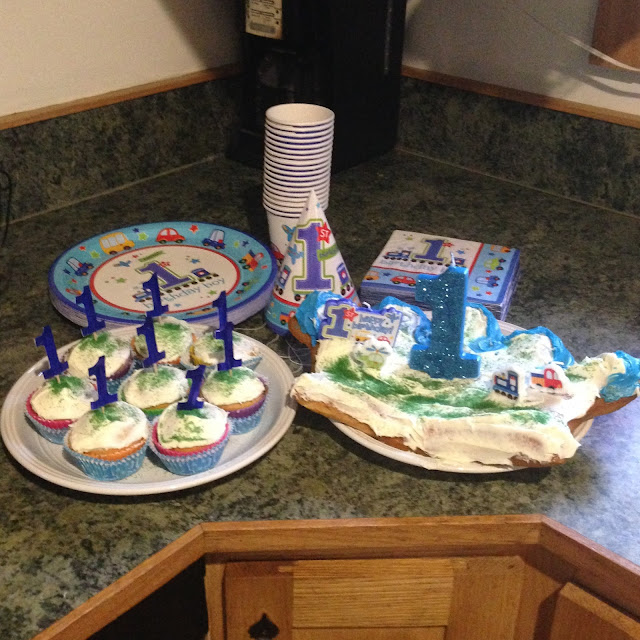 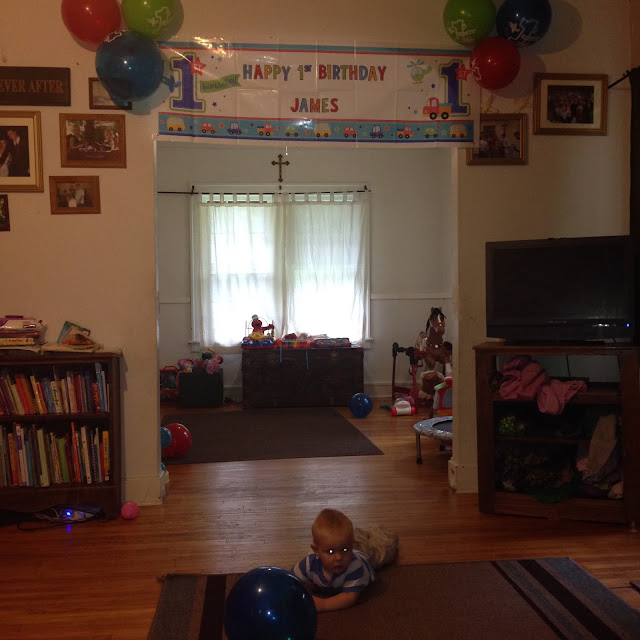 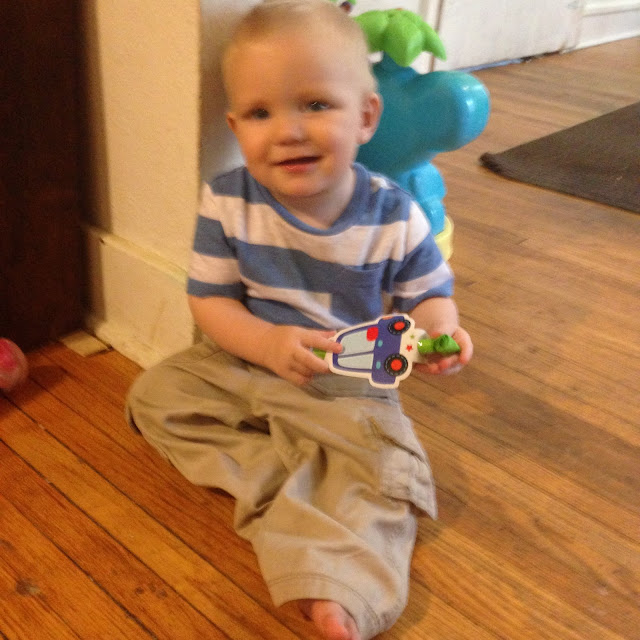 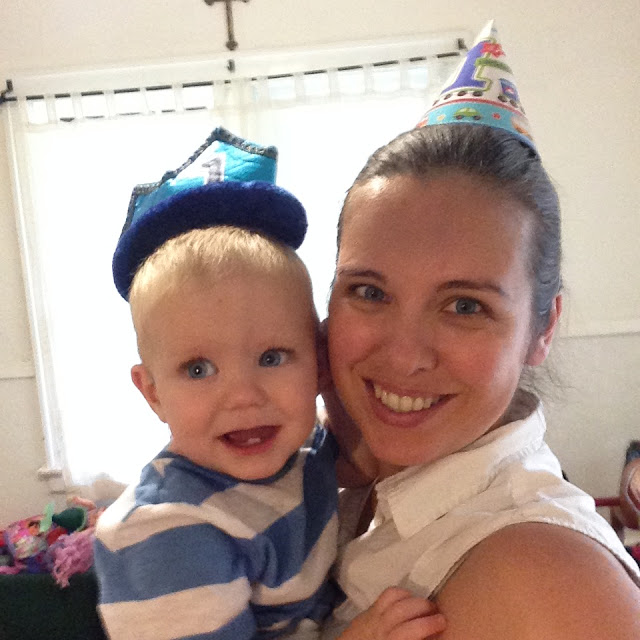 We had our little party at lunch time.  Sadie set the table: 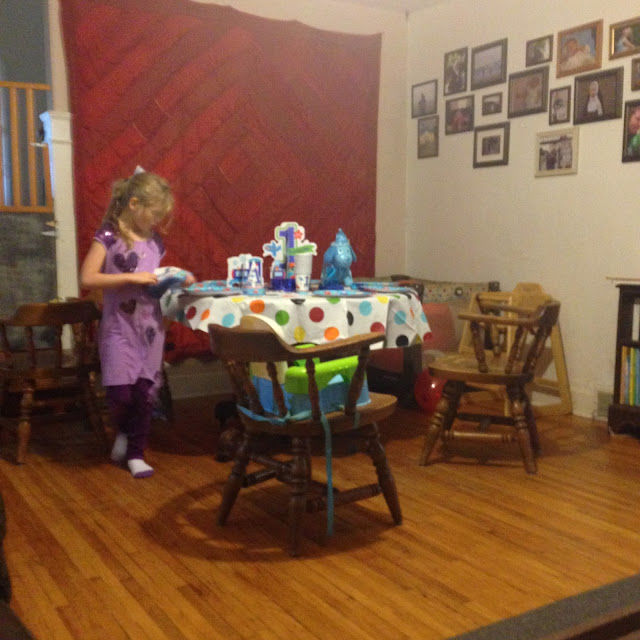 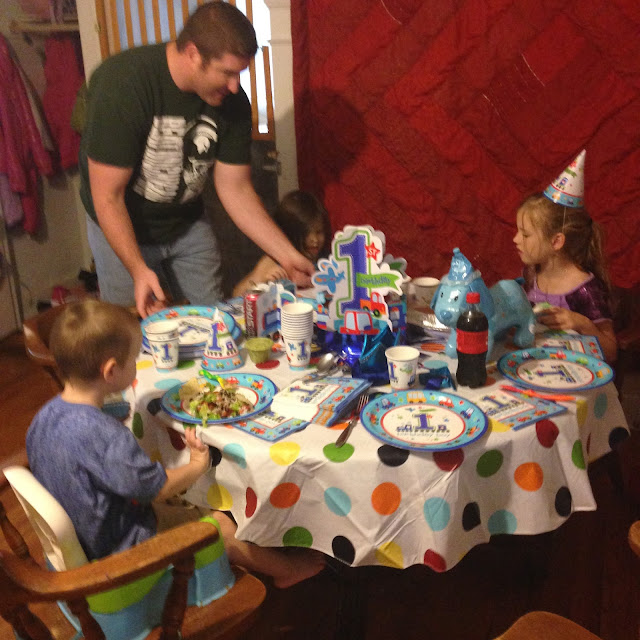 And we looked over and saw that amid all the excitement, the birthday boy had fallen asleep. 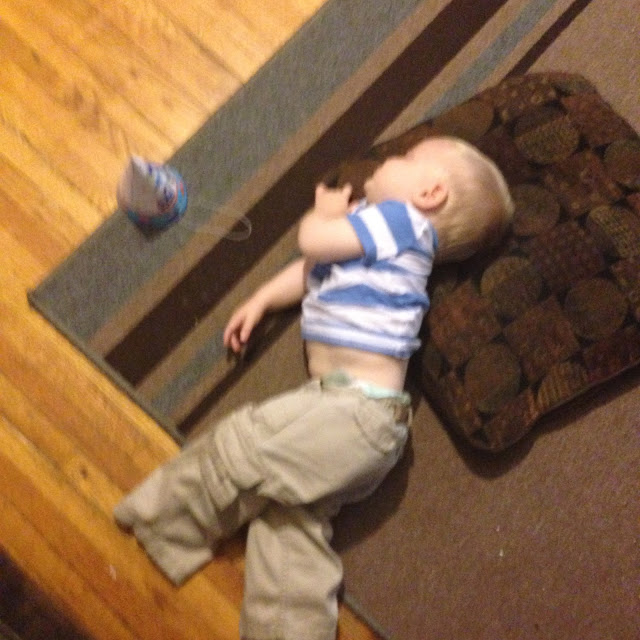 Maggie wasn't about to have him miss his party.  She was really upset about it.  So after six attempts she finally woke him up.  He wasn't thrilled.  Even if waking up meant cupcakes: 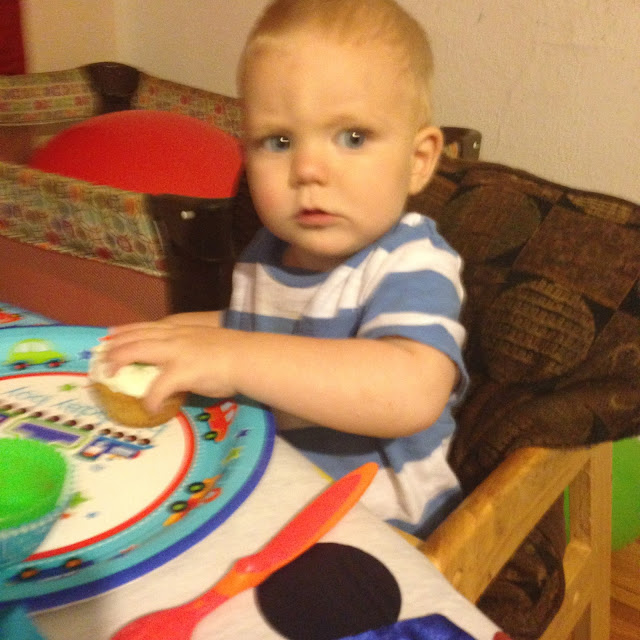 Presents, however, were worth waking up for. 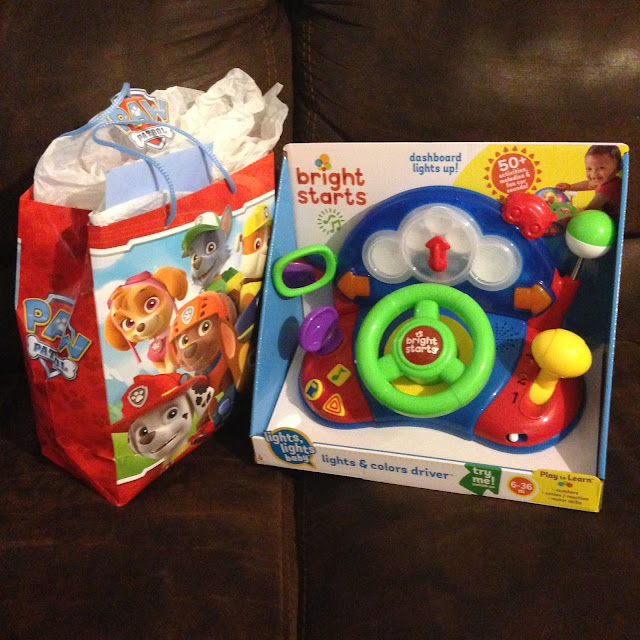 Patch was on hand to explain how all the toys worked.  Especially the little steering wheel: 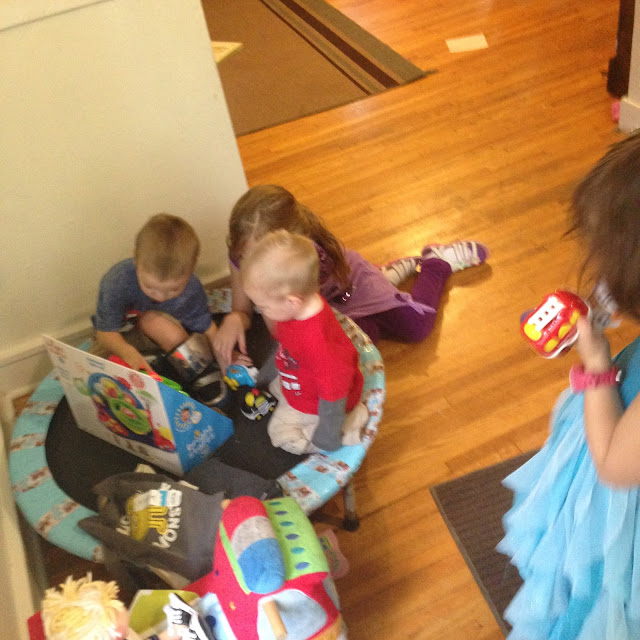 After Little Flowers it was time for a birthday dinner: 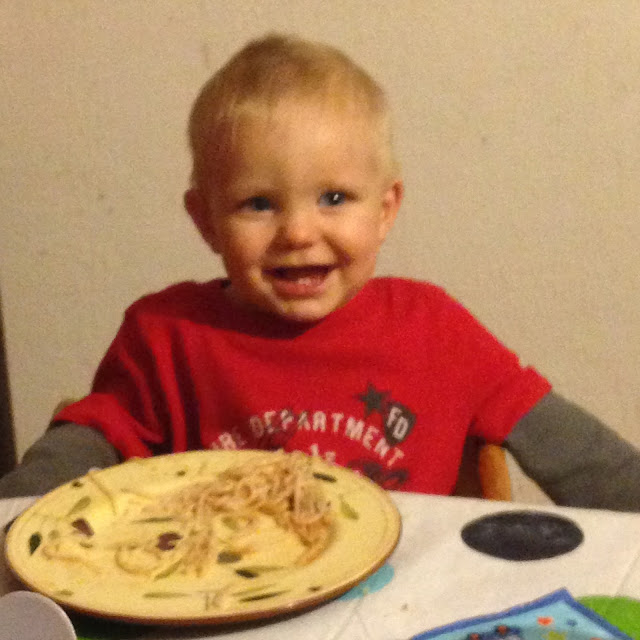 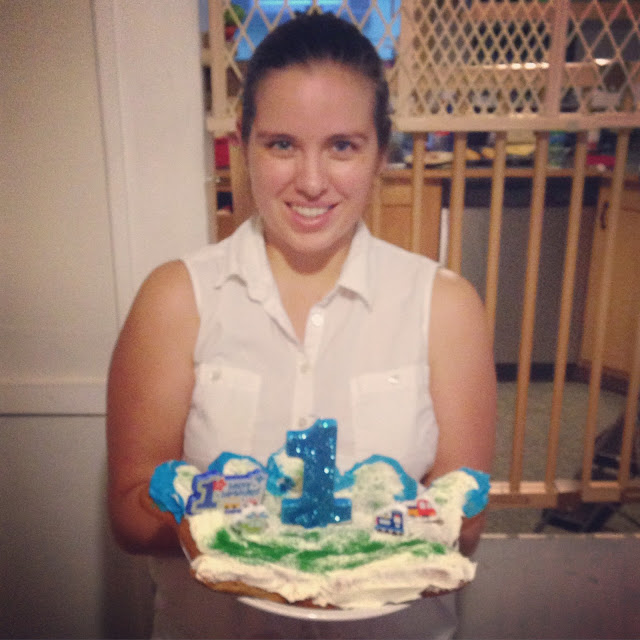 James was a big fan of the cake: 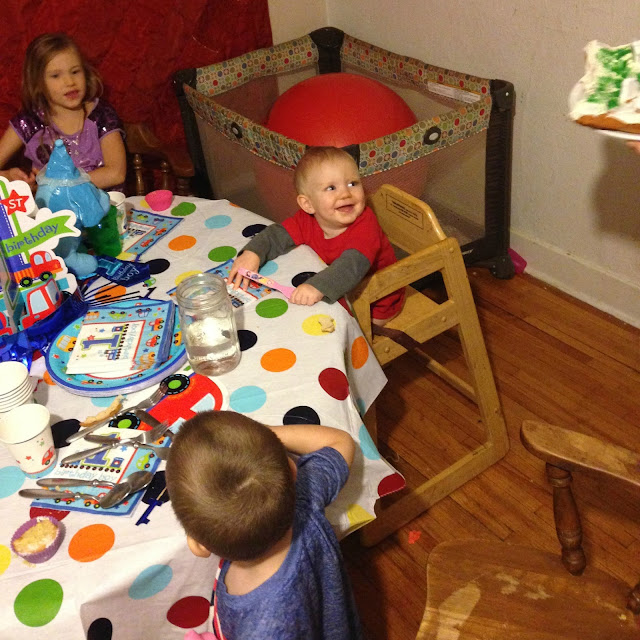 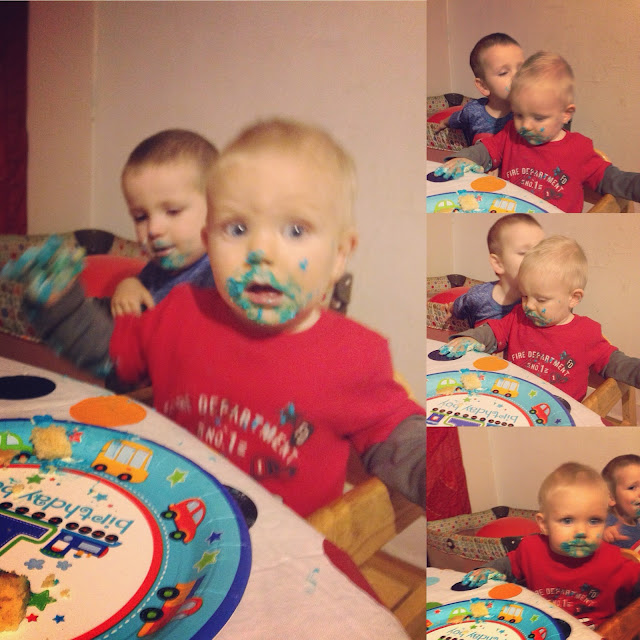 And finally his big day was over and it was time for bed!  Happy Birthday to our big one year old.  This year has gone by far too quickly!
Posted by Cammie Diane at 8:15 AM