The Sun, The Son and Other Confusing Conversations with Three Year Olds 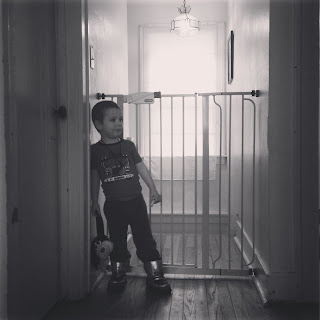 At Mass on Sunday Patch was having a rare day with almost perfect behavior.  He was in the toddler carrier on my back, so he didn't have much opportunity for mischief, but I was still impressed.

Usually no matter where he is during Mass he lets us know that he hasn't quite mastered being quiet for any length of time, regardless of efforts to impart that ability, and that he would really rather be outside running around.

Not only was he mostly silent during Mass but he said "Bye Jesus!  Bye!" as we walked out the doors.

I might have had to say "do not drink the holy water" after he insisted on being allowed to bless himself and made a quick sign before trying to drink the water off his fingers, but all in all a success compared to almost any other Sunday I can think of.

He continued to surprise me this week at home.

I found him clutching something tiny in his hand yesterday and when I asked him what it was and held out his hand for him to give it to me he said "Wait!  Wait!  Needs a kiss!  And then carefully kissed the minuscule miraculous medal bead that he'd found before handing it to me.

Today as he cuddled with me on the couch he suddenly announced.  "Need go to Mass.  Need go to Church." while I nearly fell over (and when I asked him if it was okay if we waited until Sunday he said "Yes." happily). 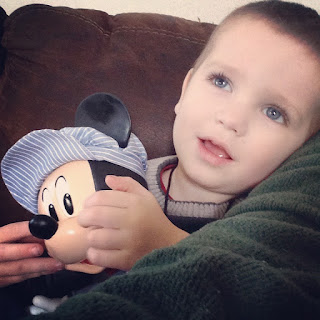 Then he began to squeal in delight as he saw a picture.  Now his little eyes are extremely good at spotting crucifixes and pictures of Jesus whenever he sees them, and he's been pointing them out more and more frequently, but this time when he shouted "Mommy look!  Jesus! I see Jesus!" and I looked at the television, which showed a picture of a vineyard with the sun above it. I was confused.

And that was when I realized that something had been lost in translation.  When I say "Jesus is the Son of God," Patch apparently thought Sun of God.  And there was a sun in the picture.

So we talked a little bit about how Daddy is his Daddy and he is Daddy's son and when we say that it's a little different than we say the sun in the sky.  And he looked at me like I probably didn't know what I was talking about.

Who knows though.  Apparently he's been listening more than I even dared hope.

And it's a huge improvement from him yelling "Pizza!  Pizza!" when we pull into the parish parking lot (because there's a pizza parlor across the street.. which he's never been to, but that he knows is there because Maggie read him the sign when we were walking by...).

I wonder what he'll let on that he knows next!
Posted by Cammie Diane at 7:00 AM