Things have been busy around here.  I'm eleven pages out from finishing the third proof read of the book, which happens to be the last one I'm doing before sending it out to agents.  I've been working on query letters, which for some reason is more intimidating than actually spending a year and a half writing the book and proof reading it (and if anyone knows an agent who represents fantasy authors...).

Tessie continues to try to prove that she's the most laid back baby we've ever welcomed into our family.  She first shocked us by sleeping nine hours at three weeks and has continued to do so, while growing like a weed, for the last four weeks.  She's wearing six month clothes now and I packed up the teeny tiny clothes last night while lamenting that she can't fit into them for a bit longer.

I should probably mention that a certain eight year old woke up basically every hour for the first eighteen months of her life... so I like to pretend that a baby that sleeps like this is a reward for surviving the colic/reflux sleeplessness that was 2008-2009.  I think anyone who has another child after surviving a high maintenance baby should be awarded a good sleeper the next time around. 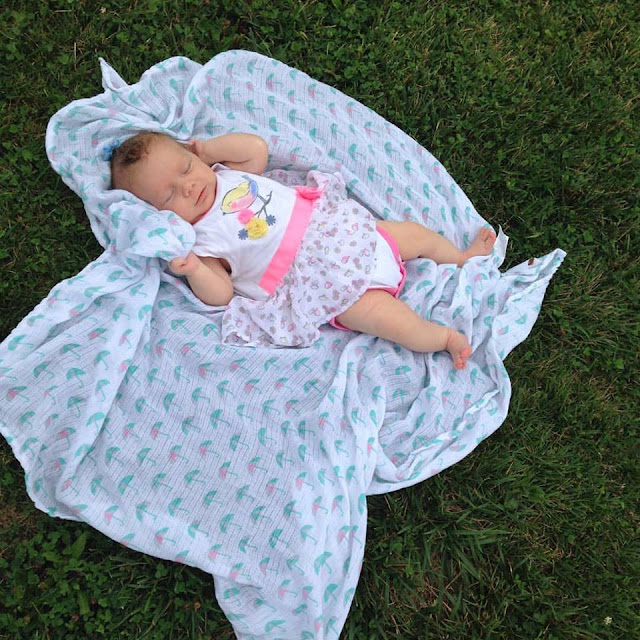 Paul is in the process of opening his own law firm, has started working doing sub contracting for another lawyer, and is fitting all this in while continuing to work at his other job.  Which has made the schedule a little extra crazy lately.

I really, really wanted to post a picture of his office, which looks great, but he's in the car driving from one thing to another right now so I can't ask him if that's okay... so I guess it will have to wait for now.

When he's not around I'll admit I do kind of feel like I deserve some sort of a medal when I load or unload all five kids in and out of the car together.

A couple weeks ago I took all of them into a store together, by myself, and it was kind of like putting a circus on top of a shopping cart and pushing it around a store.  At least it was if the looks we got were any indication.

Although I can't really blame anyone who starred, considering the fact that us walking around anywhere (or driving, or sitting, or breathing...) is basically always accompanied by a play by play commentary by Patch, who is a pretty hilarious little kid. 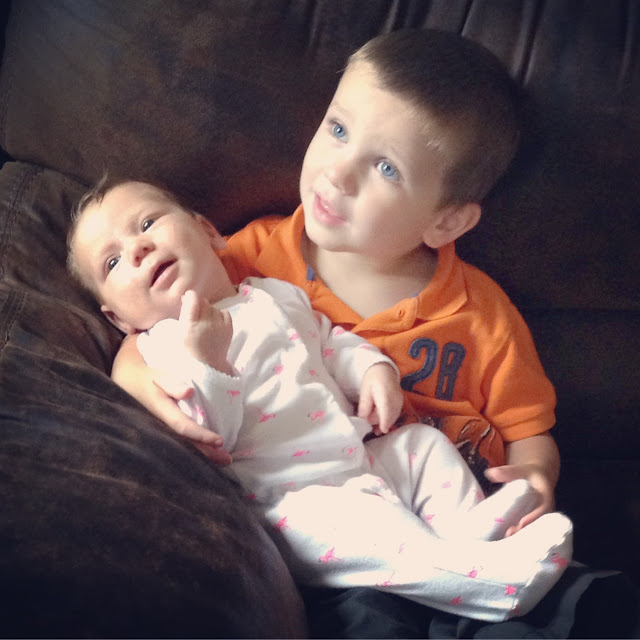 Patch got to visit his preschool this past week and James cried all the way home (although Patch was in the car with us) when we had to leave.  He even told me "bye bye" while settling down to play with a toy.  I don't think he's going to be thrilled when the first day of school arrives and it's just me and him and Tessie on our own.

And after seriously searching at thrift stores and garage sales I finally found two chairs that I love that make the living room look a little less empty.  Here's what it looks like at the moment:


James thinks that this chair is his: 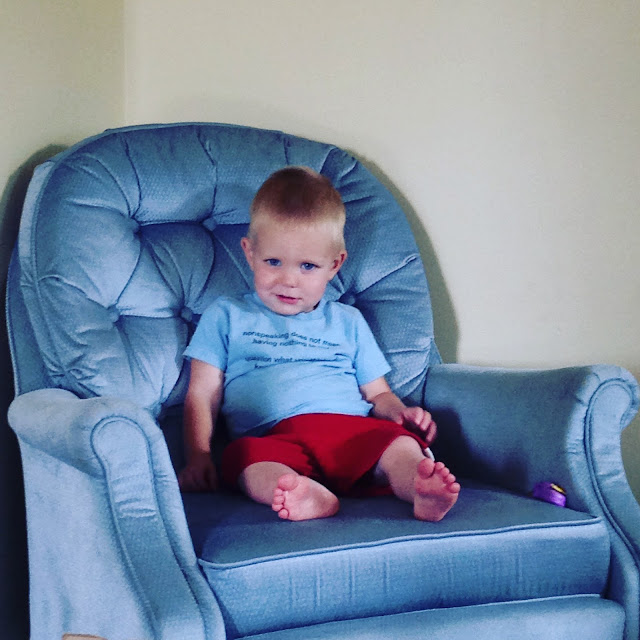 Sometimes, when the newness of a new baby has worn off a bit for the older siblings, I forget how carrying a brand new baby through the house is a bit like walking around with a celebrity.  Right now we're still in the thick of things: 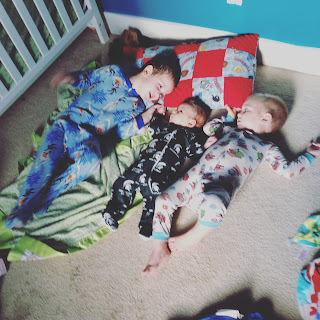 And even James is pretty fond of her.

I knew both girls would be crazy about her, but I didn't quite anticipate how sweet the boys would be:

For more Quick Takes head over to This Ain't the Lyceum!
Posted by Cammie Diane at 10:19 PM