A Rant, An Update, and that time I almost lost my mind

I planned on writing an update the night after we got back from the appointment with Tessie's pulmonologist, but I couldn't.  I was too angry (not at her doctor).  It would have been a rant and besides, I didn't have anything to tell you.

So I held off, hoping that the upset would ebb.

And it did until I called the office again today and got more news, or not-news.

But now I'm getting ahead of myself. 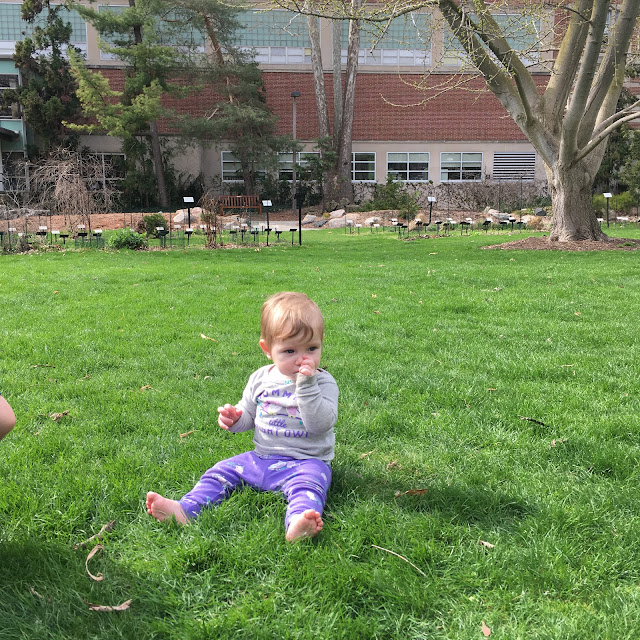 A week and a half ago I picked up Sadie from school early, along with Patch who was finishing up his day of preschool, and loaded them in the car alongside James and Tessie.  Maggie's BCBA had managed to get staff to watch her until 5 that night, but with Paul at his new job I was bringing the other kids with me, because I knew we couldn't be sure we'd be back in time to pick up the other two, even if they stayed in their school's after care program.

Just before I got out of the car to pick the kids up, my phone rang.  It was Tessie's respiratory therapist asking if he could stop by the house to drop of the supplies I'd asked him for a week and a half earlier.  I suppressed a wave of annoyance.  No, I was on the way to see her pulmonologist at the children's hospital, I explained.  Would our usual Thursday time work? 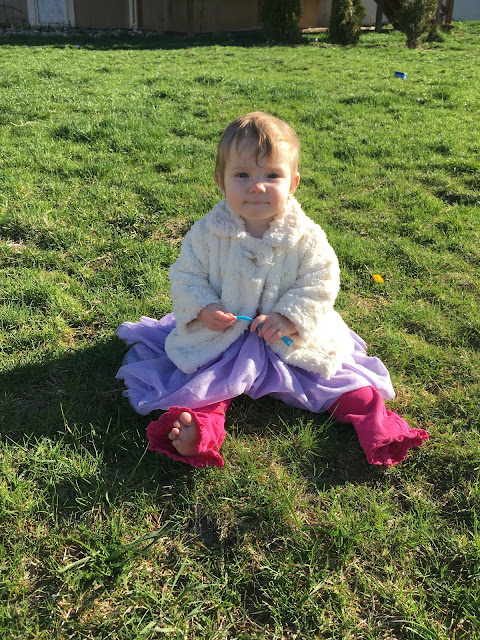 It might.  But he had a question.  Had I let the monitor go dead?  Once? I said.  I thought it had gone dead once, when we had been driving a lot on a particular day the week before.  The alarm, for the battery, had sounded so I'd turned it off.  It was hard to remember in the rush of going inside and getting the kids out of school and signing Sadie out.

Well, he said.  When I'd taken the machine in (and picked up the supplies I needed, something that was obviously frowned upon) the memory had been blank.  Because, he explained, if it went dead it would erase all the memory.

That would have been nice to know before now, I thought, with slightly more colorful language flashing through my mind.  I hung up the phone and took a deep breath.

It didn't make sense, I realized once I was off the phone.  I turned it off the moment it alerted me that it was getting low.  It wasn't actually dead.  The low battery alarm had sounded, but I always immediately plugged it in.  And when I took it in the tech told me that it was 60% full, not blank. 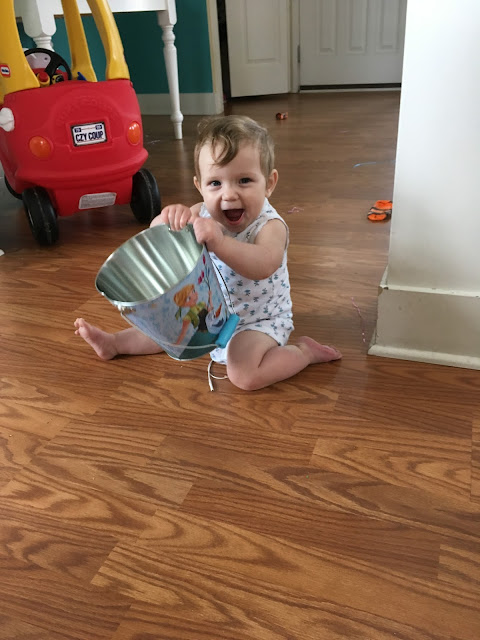 But what could I do?

We drove an hour and a half to the children's hospital, stopping to eat lunch in the car along the way.  Then I unloaded the double stroller, loaded James and Tessie into it, and navigated our way through the garage and up into the hospital.

I had my list of questions and things I needed to tell the doctor and after the nurse weighed and measured Tessie she asked if it was okay if she brought the kids three IPads loaded with games to play on and I nearly hugged her as I rushed to say yes.

The doctor came in and asked me if things were going well.  I was momentarily confused.  Not really?  Honestly I wasn't sure.  I explained the problem.  Sometimes I feel like things are going very well.  We'll go a week with no alarms.  And then the next week we'll have two nights where Tessie's machine says she has low oxygen or is having apneas, every five minutes, for hours.

But of course I wanted to know what the machine said.  We'd made the appointment for two months in the future so that the doctor would have the data she needed to make recommendations. 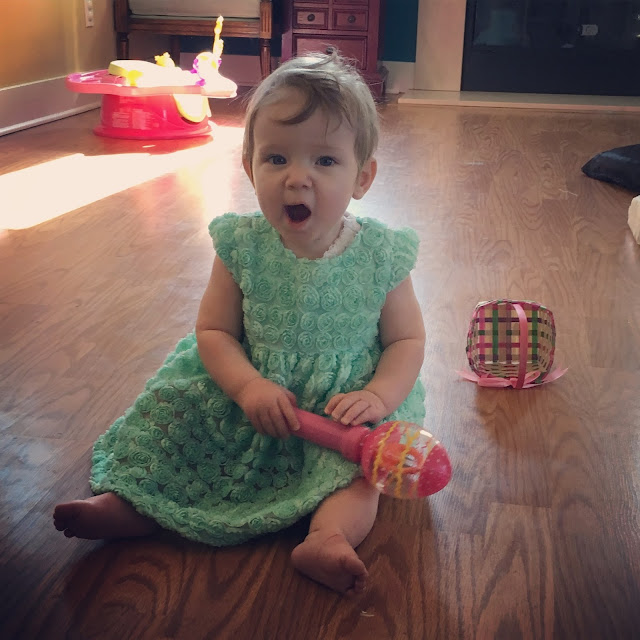 That's why we were there.

That's the thing, Tessie's doctor explained.  They only had two weeks of data.  And that looked pretty good.  She only had three instances of low oxygen in those two weeks.  Admittedly three instances is better than 130 in one night, but also still makes me feel uneasy.

Any instances make me uneasy.

But we didn't have anything else to go on.

The other month and a half of data had not been transmitted.

That doesn't make sense,  I said.  The respiratory therapist has come out to our house two or three times and I even took the machine in once when it said it was getting full.  I told her that and related what the therapist had said about the last week being erased.

The doctor disappeared and came back after talking to one of the clinic's respiratory therapists.  She said that their therapist said that the machines didn't work that way.  And that they'd put in an order (again) to get the information sent.

She promised to call me personally when she got it, and we made the hour and a half drive home to pick up Maggie, before rushing to Sadie's ballet class. 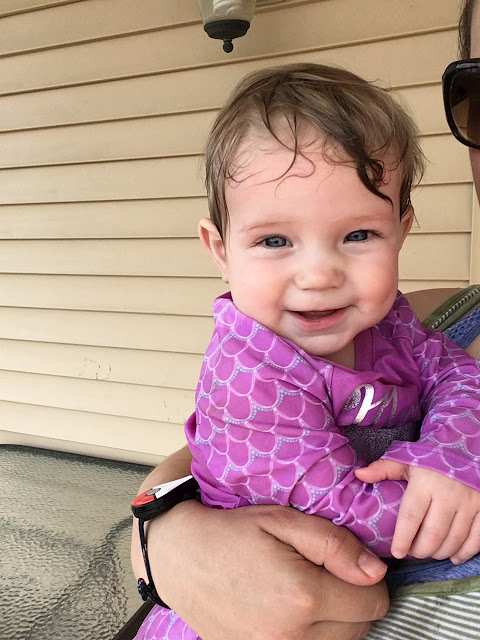 On the way I called Paul and asked him to call me when he had a break.  He did and then he called Care Linc, the medical equipment company that was supposed to send in the information.

First they told him that the information had been sent.  He asked for dates.

Well, today was one date.
Not today. Before.  He explained what the problem was.
There were other dates, they said.
Could he have them?
Well they didn't really have them.  Someone else did.  Someone who was there.  Oh look!  She left!  Someone was going to send the information last week.  But they were out of the office.  And the week before they almost sent it. But something happened.
Why yes, the person who had left would call him back as soon as possible.

Except she didn't.  The respiratory therapist did.  He called my husband to explain how it was all my fault.  There was no data.  Because I'd let the machine go dead.  It was all erased.

Paul texted me the next morning and asked me to send him the make and model of the monitor.  I texted him a picture.  A while later he called.  He'd just gotten off the phone with the manufacturer and they said it absolutely would not lose any data because the battery had gone dead.  That was a blatant lie. 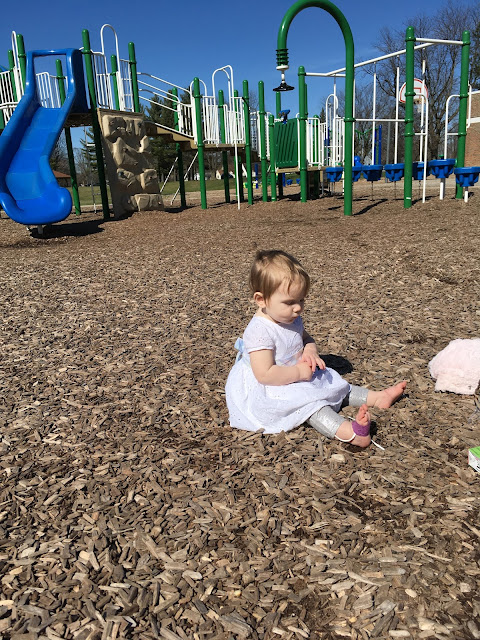 So I tracked down another medical supply company that comes out to the small town we live in.  And Paul called the insurance and explained the situation and they said that they absolutely supported switching immediately and not to turn in the old monitor until we had the new one.

And then I called the pulmonologist's office and asked for a new prescription for a new monitor.  And while I was on the phone with their respiratory therapist, and while she had Tessie's chart pulled up, I asked if she could tell me how the information they'd received looked.  I explained that Dr. H had said she would call me, but that I knew she was really busy and that these things took time.

Of me putting the monitor on and off five times a day for car rides and naps, and Tessie's poor little foot getting raw from the tape and bleeding, they'd managed to only successfully transmit about 30% of the data.

Which is when this post turned back into a rant and my week and a half of progress, cooling off, was completely undone.

I just can't even go on. 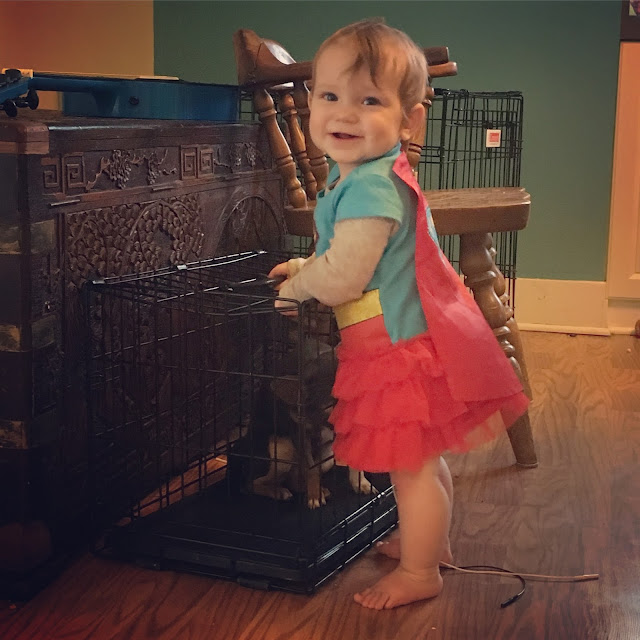 In other news, Tessie saw her neurologist today.  He's very pleased with her progress in her gross motor skills.  He was happy with the MRI results.  In another six months he wants to order a second MRI, just to make sure that the bleeding in her brain hasn't grown.  He doesn't think it will, but he wants to be sure.

And because we've noticed that Tessie tends to get clumsy when she's awake before she has apneas he gave me a lab slip to take her in and have a certain test done looking for metabolic problems (again) the next time she's very clumsy.  It will hopefully eliminate something called "intermittent maple syrup urine disease" which google tells me twenty people in the world have.

We're still waiting on the insurance approval for the scary test though (that 1000 people in the world have... still fairly good odds).  Maybe it's a good thing that my frustration with the whole monitor information has kept me distracted from dwelling on that overly much.

Here's hoping the next company can get the data and actually transmit it to the doctor without all of this extra drama.

Because I'm sure I can find the energy to keep fighting all these extra, useless battles, but I'd rather not have to.
Posted by Cammie Diane at 10:40 PM