I realized at around 3:30 this afternoon that it was unlikely that we were going to hear from the neurology office today and that we were heading into the weekend without any answers.

And so, sounding truly pathetic, I called and left a message for her pediatrician on the nurses' line, asking them to take a look at the recent MRI results and to please call me back so that they could hopefully tell me that what I was looking at wasn't as terrible as it seemed.

The nurse, who was actually the first person to suggest apnea, three months before she was diagnosed, and a full month before anyone else even considered it, called back immediately and said she could definitely see why I was nervous and that she'd make sure that either she or the doctor called back before the end of the day.

She called back a couple of hours later with great news. 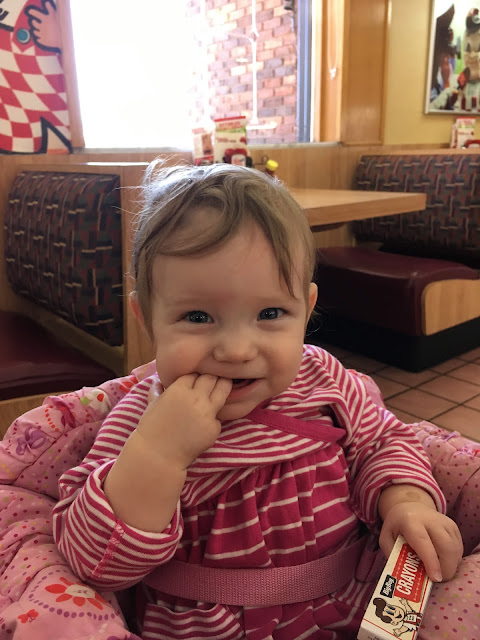 She said that the doctor said that it's a historic bleed.  At some point in the past, deep in her brain, Tessie had a bleed, but they don't believe that it's clinically significant at this point.

So it looks like we haven't uncovered the reason for her central apneas, but it also wasn't the horrible thing it sounded like it was when I read it myself.

And that is your Friday night update!

Thank you for all your prayers!  Hopefully we'll hear that the genetics tests has been approved and we'll be able to answer that question once and for all soon.
Posted by Cammie Diane at 6:58 PM