In honor of almost being a member of the family for a week I thought I'd devote this morning's Quick Takes to our fluffy white puppy.

When people hear that you're thinking about getting a puppy they tell you how much work its going to be, and so I was a little nervous about bringing Lily home by the time we went to pick her up.  As I had dogs growing up but I figured as a grown up it would (like all things) be way more work

I've realized however, over the course of the last week, that I think we've reached a maximum level of chaos long before Lily's arrival, and she can't really add to the general mayhem that is life in the playroom.  She can join in and have fun, but add to it?  Not all that much. 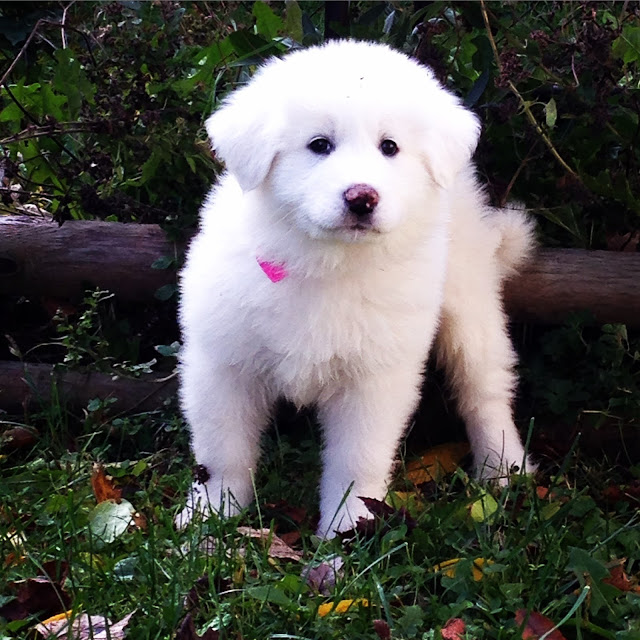 It took two days to convince her that walking on a leash wasn't the worst thing that could ever happen to her.  And then she went from hating her leash to deciding that it was the best. thing. ever. 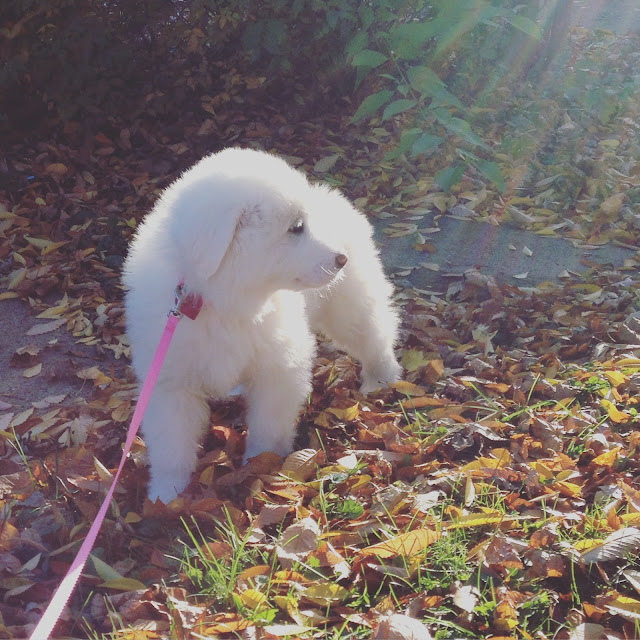 It's maybe a little embarrassing carrying a puppy this big down the street in a baby carrier.

But we'd gone on a walk to pick Maggie up from therapy and she walked over a mile like a champ and was just exhausted.  I'd brought the baby carrier just in case something like that happened.  After all, she's giant for an eight week old, but she's still only eight weeks old.

After almost a week of walks she walked almost two miles yesterday and then ran around the yard for another hour afterwards, so her little puppy endurance is definitely going up.  Which is good because in a few months there's no way I'll be able to carry her over a mile to get home. 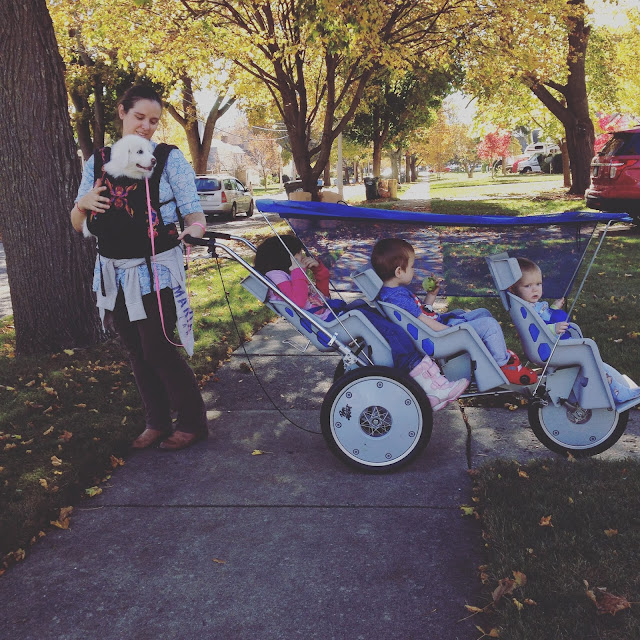 This was our first walk down the main street in our city.

There were a lot of terrifying things.  Mainly the ten or so buses that went by in our little half mile (in either direction) walk.

On our second big walk down main street though, she definitely still noticed all the buses, but they weren't nearly as scary.  Except for a giant Coors truck that turned right behind us.

That definitely was still ranked high on the scary list. When she lays down in the grass like this she thinks we can't see her.  At all.

She spent a large part of yesterday trying to sneak up on people and wondering why we weren't all that shocked when she'd spring up out of hiding. 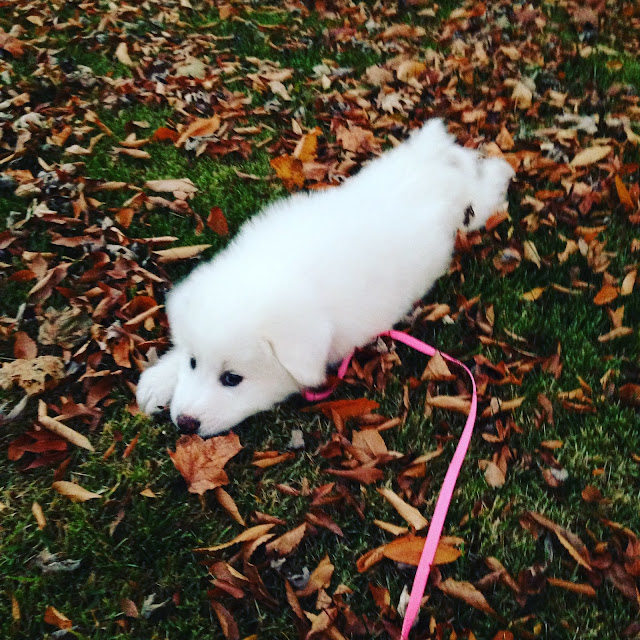 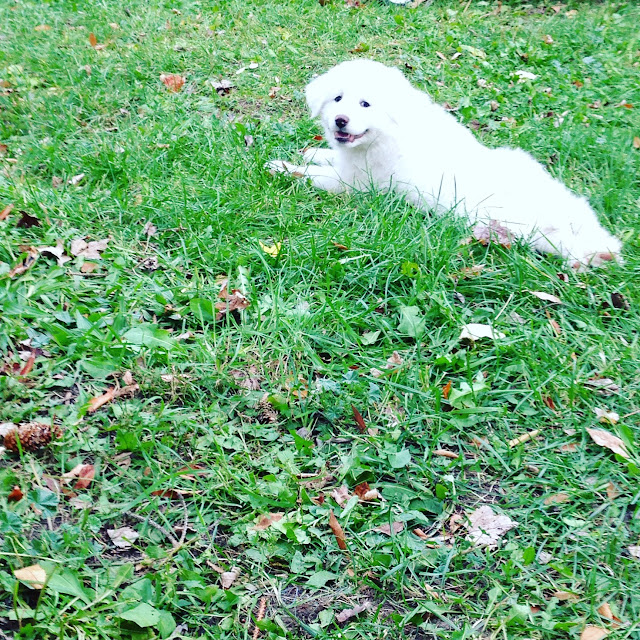 Definitely still a little baby.  After every walk we can be assured of a two hour nap. 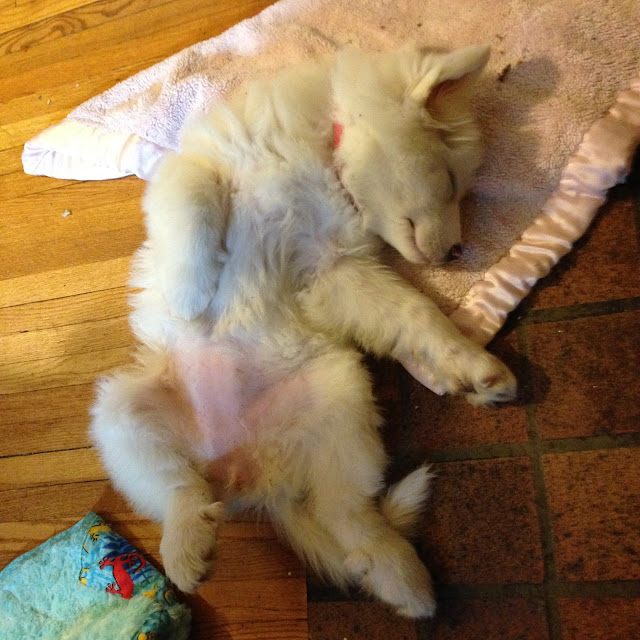 Playing in the backyard is the best thing ever! 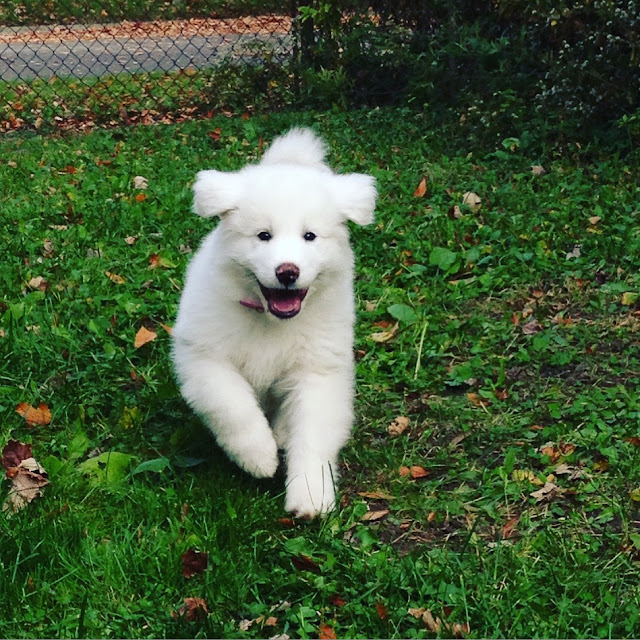 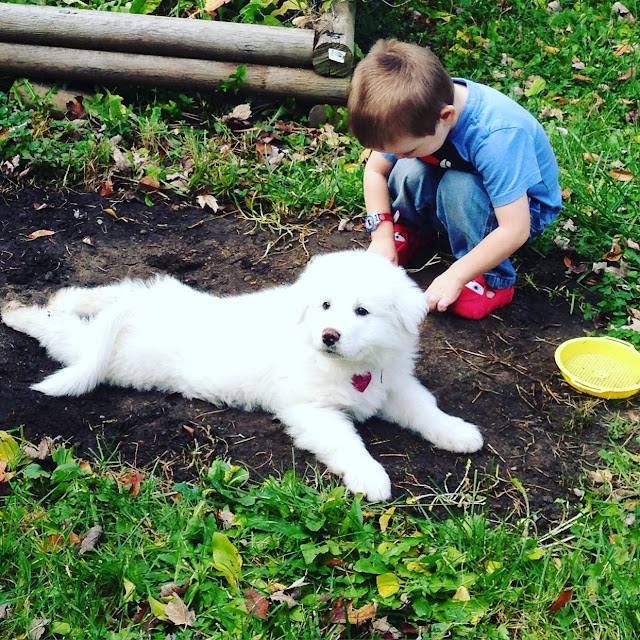 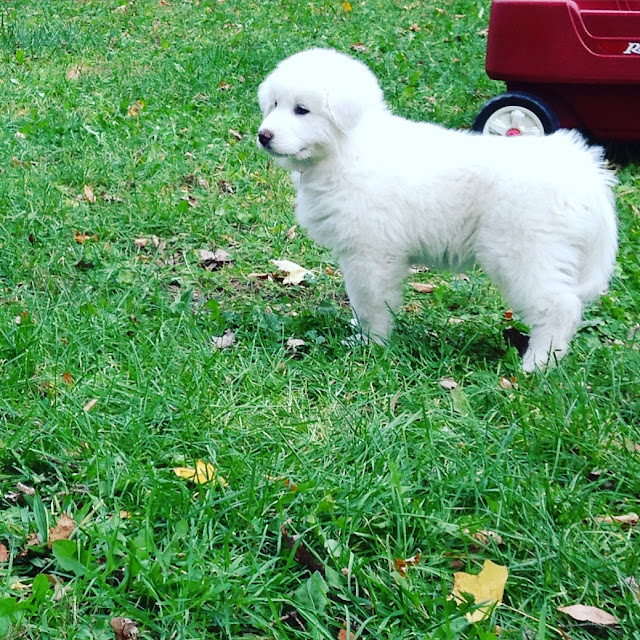 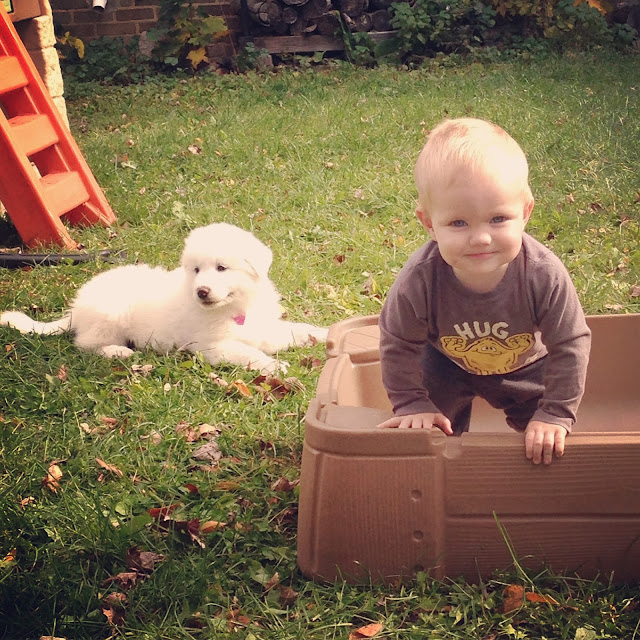 For more Lily, check out her Instagram page.  I'm pretty sure she's going to have more followers than me by the end of this week.  I gave her her own Instagram page so I don't post too many puppy pictures everywhere else.  Today will be an exception from that rule!

For more Quick Takes head over to This Ain't the Lyceum!
Posted by Cammie Diane at 7:26 AM