We celebrated the feast of All Saint's with some last minute costume creations.

Here's Patch trying on his costume moments after it came off the sewing machine,  I had nothing that fit him in the Saint Costume Box and so it was made from scratch: 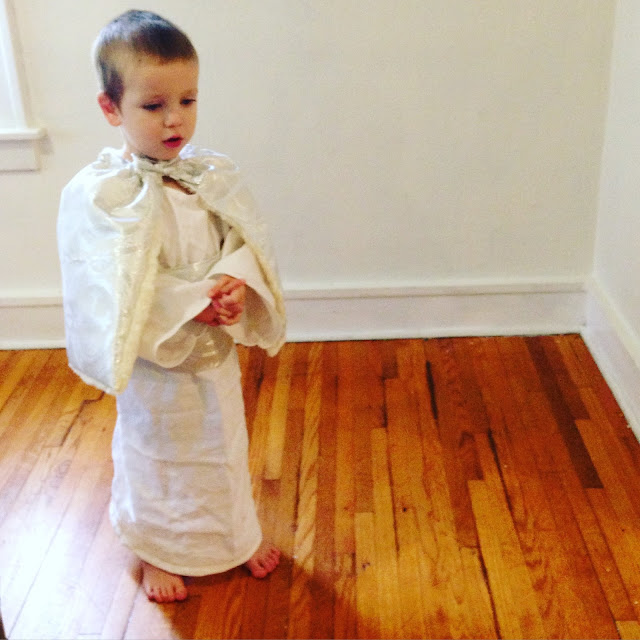 There was cake, because nothing convince my littlest ones that a feast day is important like cake: 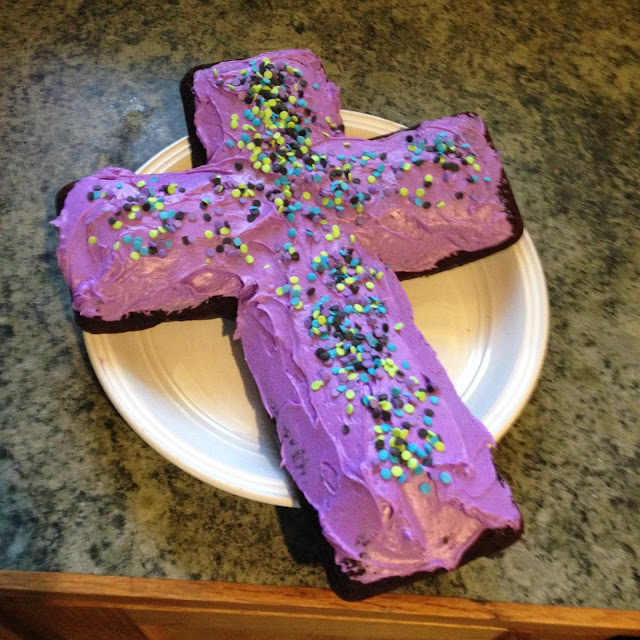 And here they are as a group who just won't stay together for even two seconds to get their picture taken.  Despite Sadie's best efforts.  Can you guess who's who?  (I'll tell you below the picture) 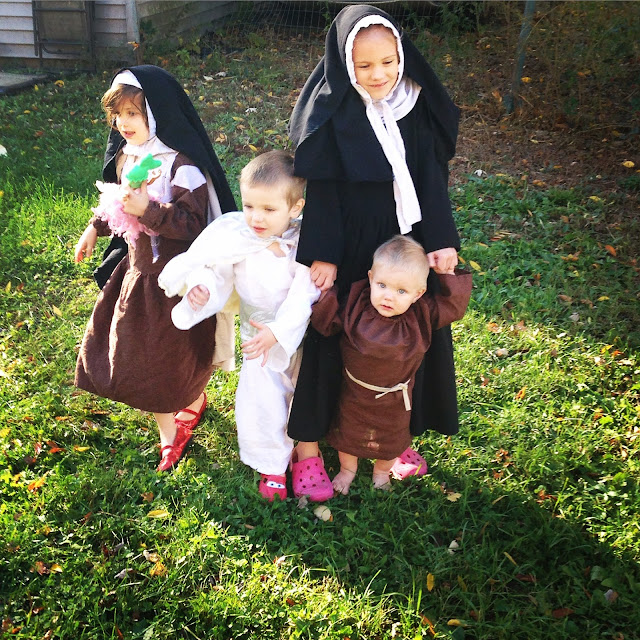 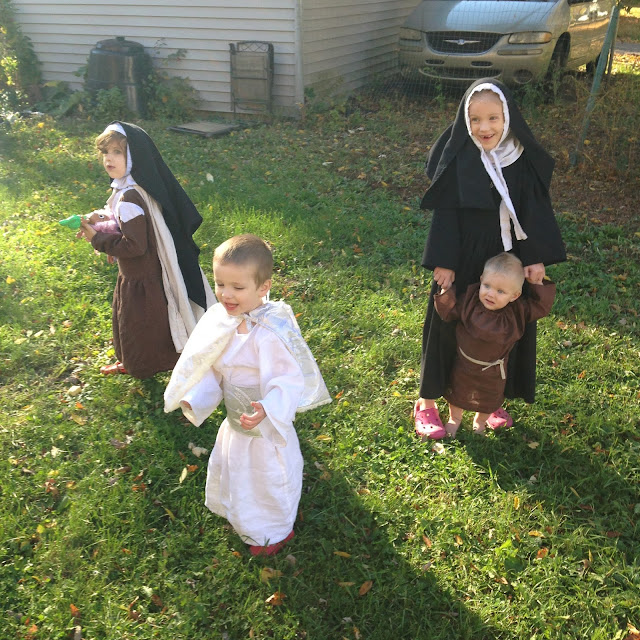 James, as shown through all the pictures, was not a fan of his costume. 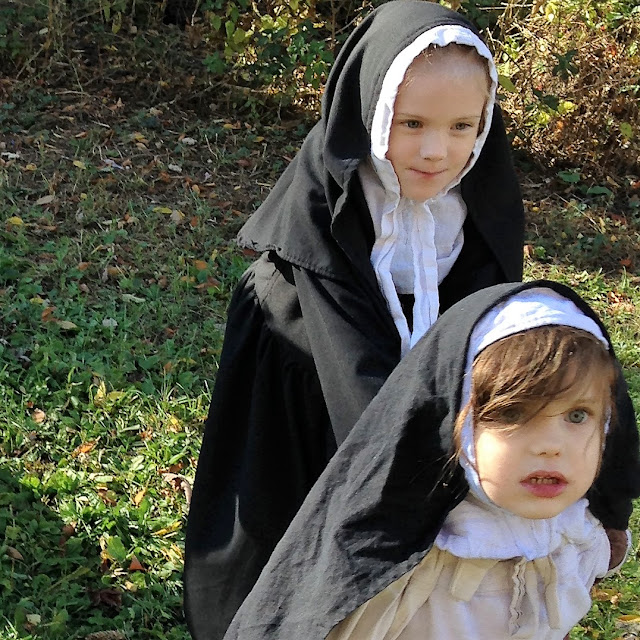 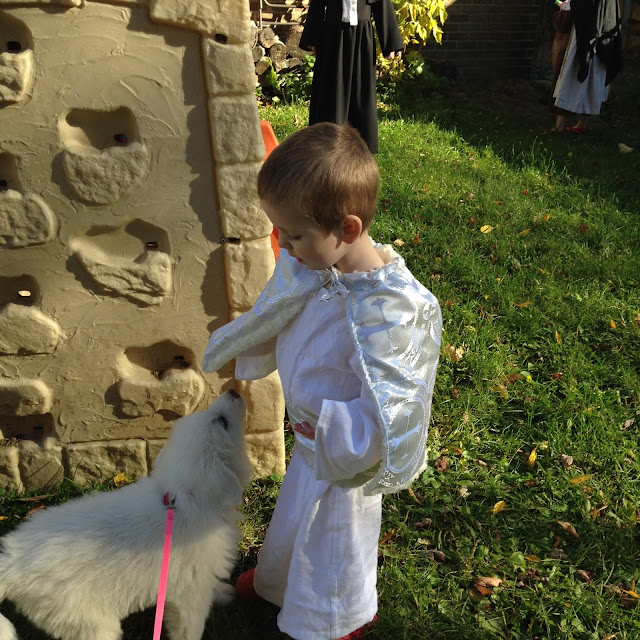 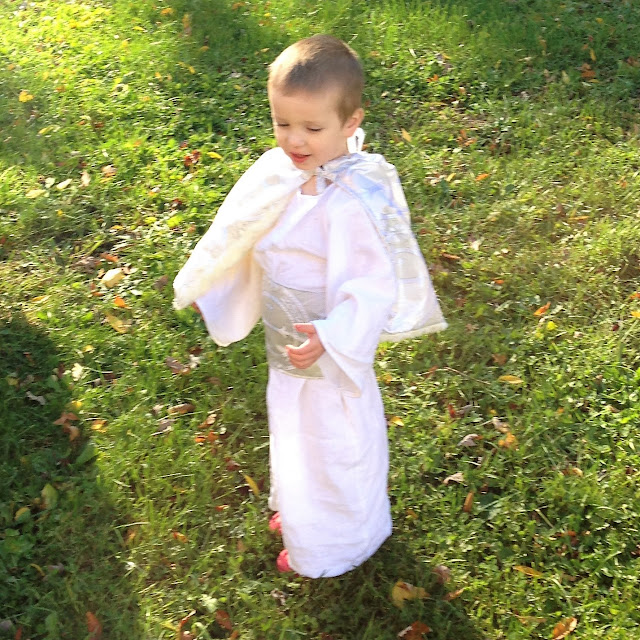 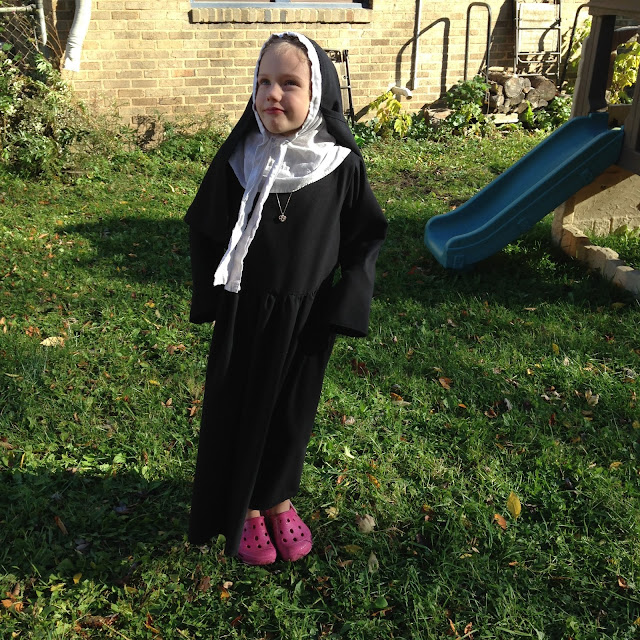 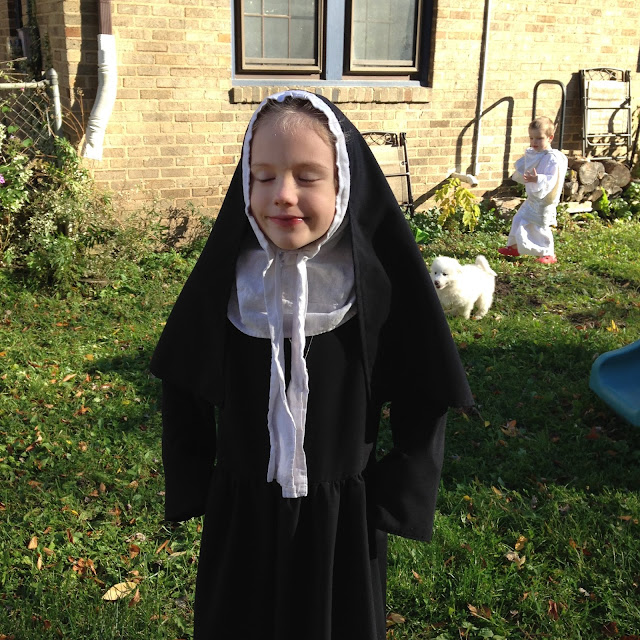 Lily was the Wolf from the story of Saint Francis and the Wolf: 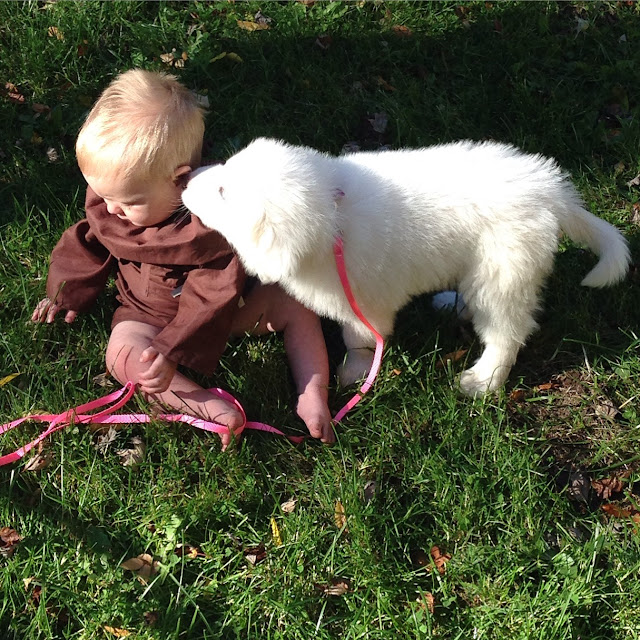 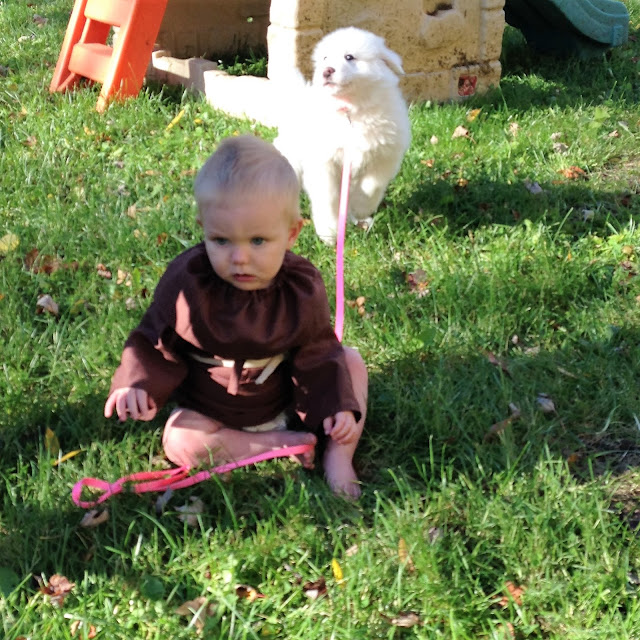 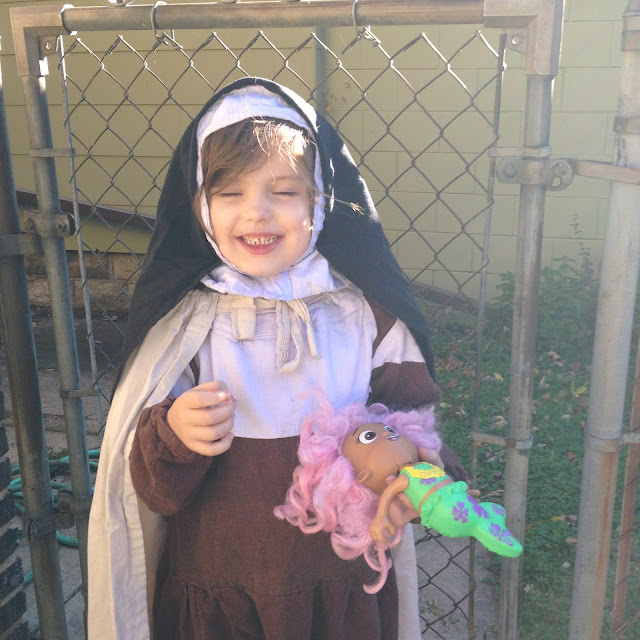 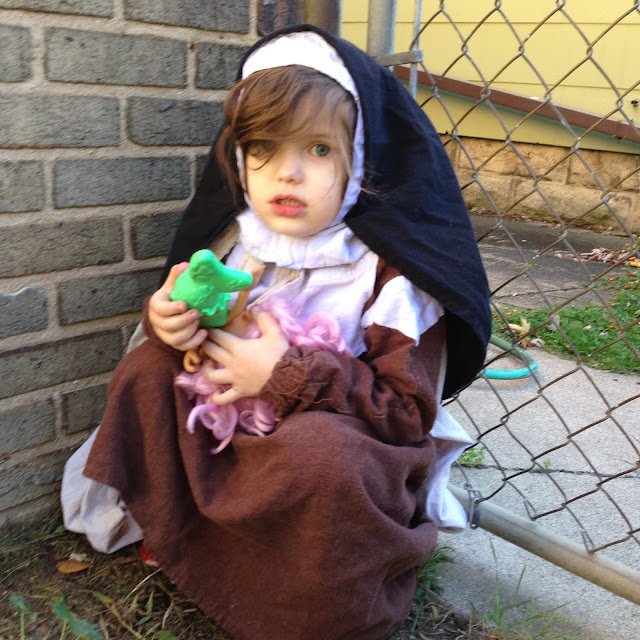 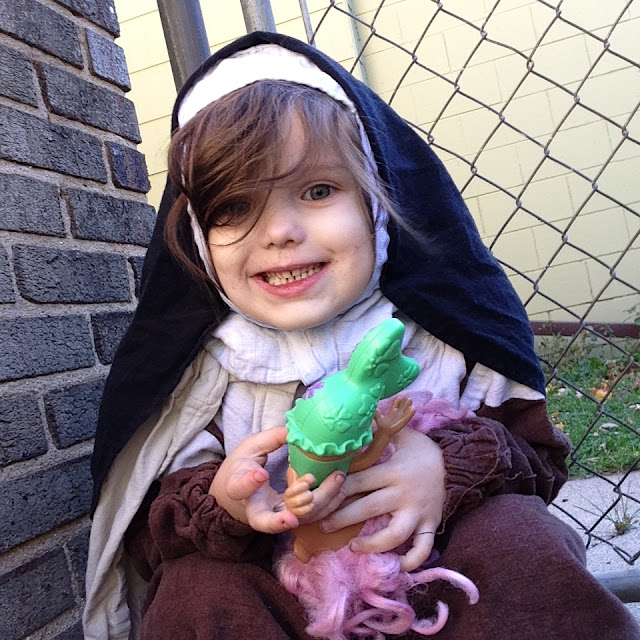 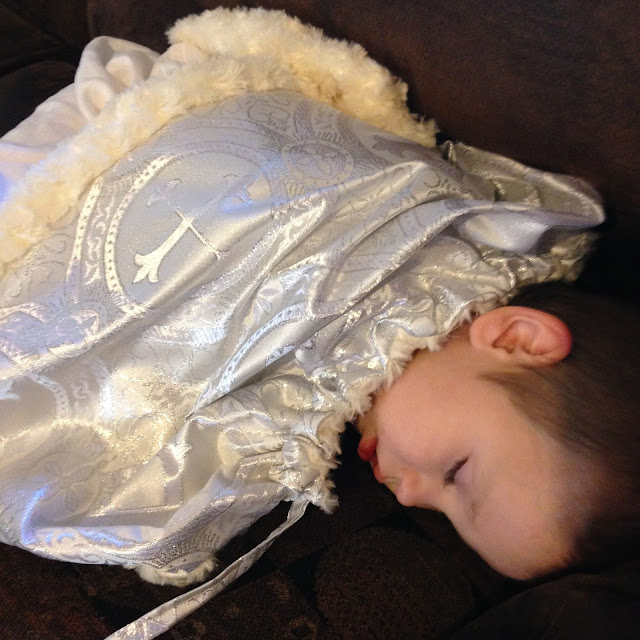 Okay, so it was more or less a photography fail, but they had so much fun dressing up as some of their favorite saints.  I do believe that it helps the stories that we've read and the saints who's intercession we've asked for come alive in their minds!
Posted by Cammie Diane at 6:54 AM