One Minute of Playing Cars 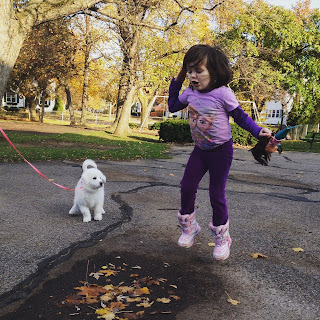 I've been wrapped up in proof reading (and then in the last few days taking a break from proof reading before beginning the next round of edits), but I had to pop in to share a sweet story from our day today.

This morning Maggie had OT early at the pediatric rehabilitation center, and then we headed over to her next therapy appointment, managing to only be one minute late (the first appointment had been switched so I'd known getting from one to the next would be cutting it close).

When we walked through the double glass doors I saw a little dark haired boy sitting on the floor in the middle of the lobby.  His name immediately popped into my head.  Of the hundred plus kids that receive services through the center I know only a few of Maggie's favorite friends by name.

Maggie adores this little boy.  Often times, in the mornings, he'll be having a tough time, and I'll run interference with Maggie because she will be desperate to go over and offer him a hug, which despite multiple explanations about it, she hasn't quite accepted isn't what he usually needs when he's sad that his mom is leaving. 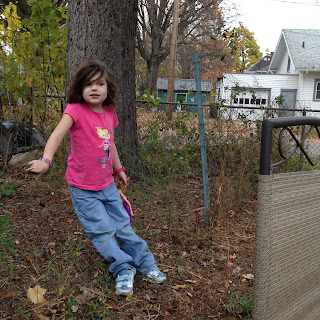 Today was different though.  He was sitting on the floor happily playing with a few dozen toy cars.  Maggie bounced through the door in her green velvet dress and red glitter tights, and he looked up and said "Maggie!" and she said "Hi!" and walked straight over to sit down, facing him.
For almost a minute they played together with his cars and then it became clear that he was very nervous about the car Maggie was holding and she handed it back to him (without me asking her to) and stood up and bounded over across the room to stand in front of the door that she knew her therapist would be coming through any moment, while waving her hand and saying "Bye, bye!" to me, impatient to be on her way to the playroom as quickly as possible.

But that moment of her playing for a minute, and sharing an interest, with a friend stuck with me on day and in this month where we talk about what we're thankful for, one of the things I'm so thankful for is seeing her connect with and be able to communicate with the people around her and make friends!
Posted by Cammie Diane at 8:22 PM