One Month with Tessie

Can you believe that it's already been a month since Tessie was born?

So far she is the quietest baby that we've welcomed into our home.

At three weeks old she slept for nine hours.  And then she woke up and nursed for half an hour before going back to sleep for another four hours.  I was shocked when I realized how much time had passed.

And she's continued doing that regularly for the past week.  She's also continued to grow and hit the top of the growth curve like her big sisters both did at her age.  I've sadly packed away the newborn clothes already... and in a very short while the 0-3 month clothes will have to follow them into the plastic bin: 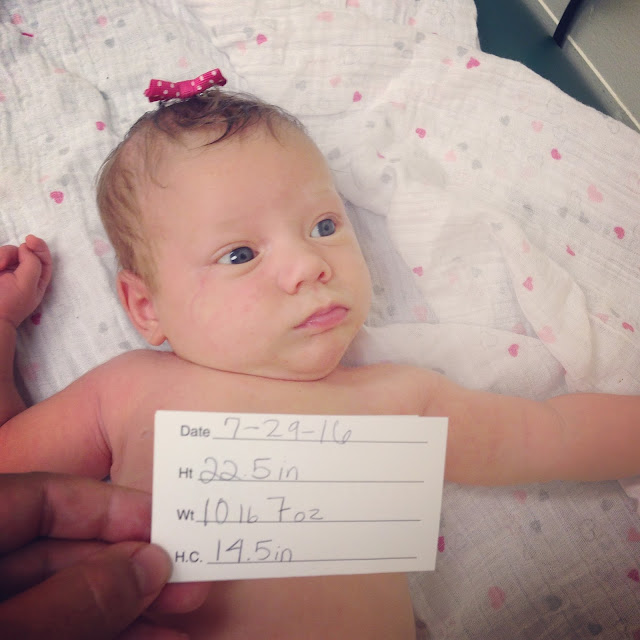 Maybe her laid back nature is the reward for surviving a particularly high needs baby who woke up hourly every night for the first eighteen months of her life.  I'm still a little shocked by her easy going nature at this point... and keep waiting for it to wear off and for the suddenly decide that she wants to stay up and party all night! 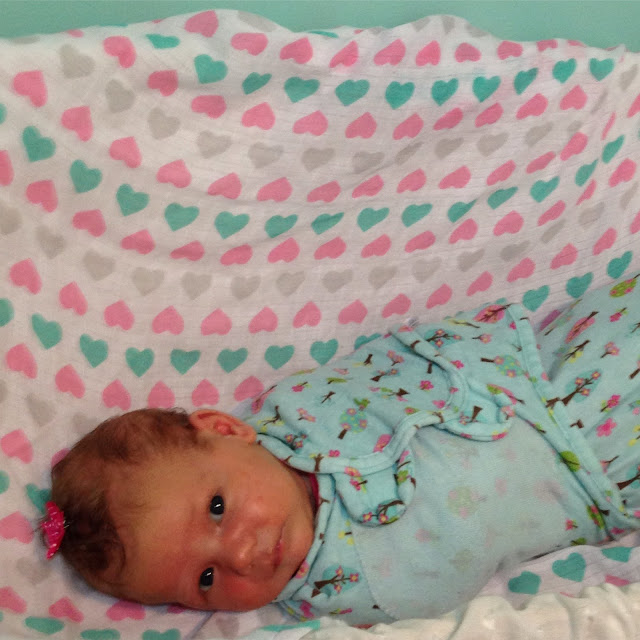 She already has more neck control and strength than James had at five months.  I didn't realize just how wobbly he was until I began to compare his gross motor milestones with Tessie's and started thinking about how hard it was to hold him when he was five months old and still so wobbly. 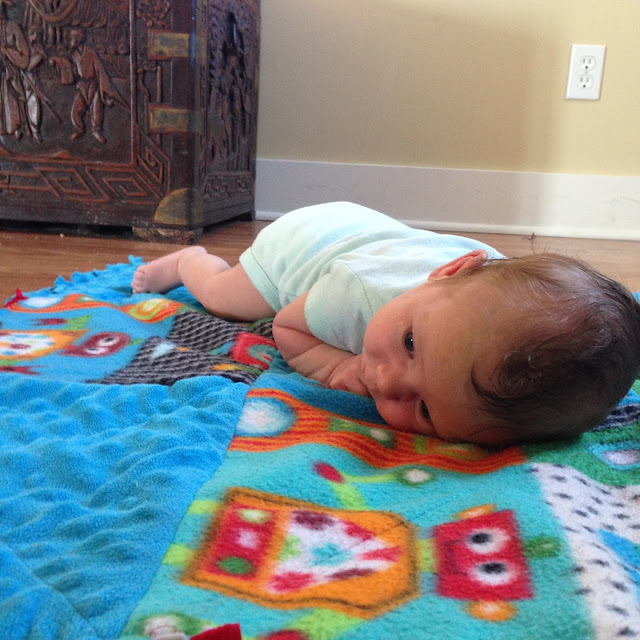 And these last few days (after being cleared by the OB early since my OB's practice is closing down in the next couple of weeks) I've thrown myself into unpacking, setting a goal of being able to break down a few empty boxes a day.

Our house is still looking rather bare, both because it's bigger than the old house and because the garage is still full of boxes waiting to be unpacked.

My goal is to be unpacked before school starts next month. 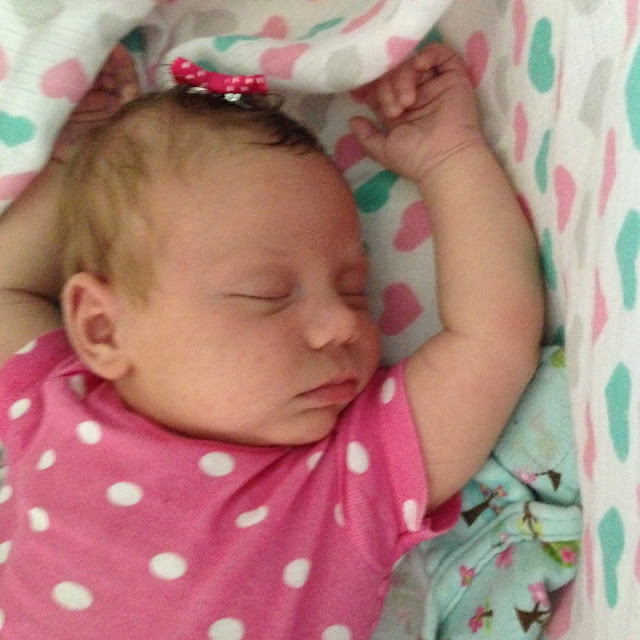 Patch still thinks Tessie is the greatest baby ever.

He's also asked me twice if there's another baby in my tummy yet.  And if there is, can we name this baby Jesus?

When I told him there wasn't he asked me to open my mouth and tried to peer down my throat to see if he could see another baby... and the two times that I didn't wear a C-section girdle (they really, really help with pain when the incision is healing) he pointed out that it looks like there's a baby in there so maybe I'm wrong.

Three year olds are not the greatest self esteem builders in the world. 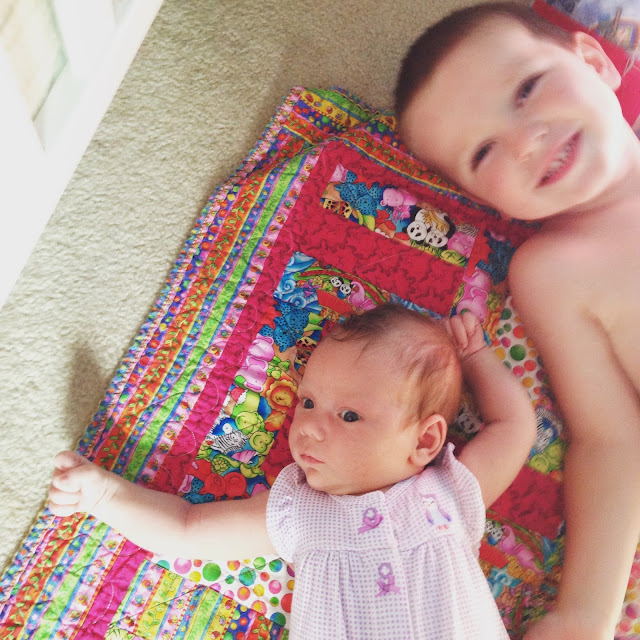 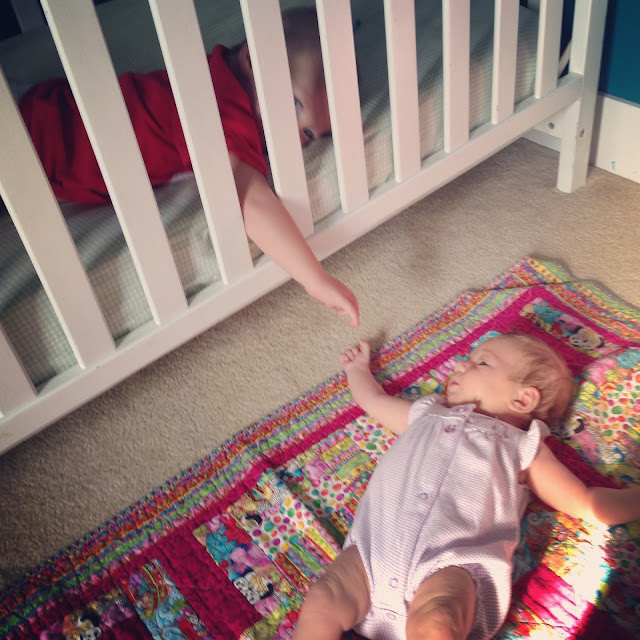 And that is the latest in Tessie news!

I can't believe how fast the last thirty days have flown by!
Posted by Cammie Diane at 9:48 PM