Sadie had her birthday mapped out to a T and so when Maggie's big day arrived two weeks later I wanted to make sure it was something special too, even though she doesn't yet give us a list of what she has planned for her big day.

The morning started with mermaid presents, and now, nine days later, she's still talking about "mermaid presents" so I think that we can safely say that they were a hit.  I was amazed at the number of mermaid products on toy store shelves this year, which made shopping for Maggie really easy.  And after the first few presents, once she realized that just about everything fit the mermaid theme, she became very excited about opening them: 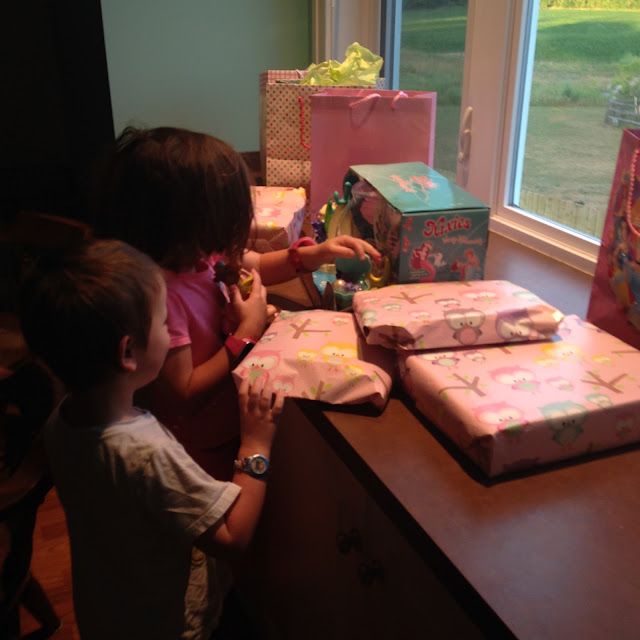 Patch was really excited too.  And kind of devastated.  Because November still feels like it's a very, very far ways off when you're only three and it's actually June/July, and after having two summer birthday parties for his sisters, he was having a very hard time understanding why his birthday wasn't right this second too. 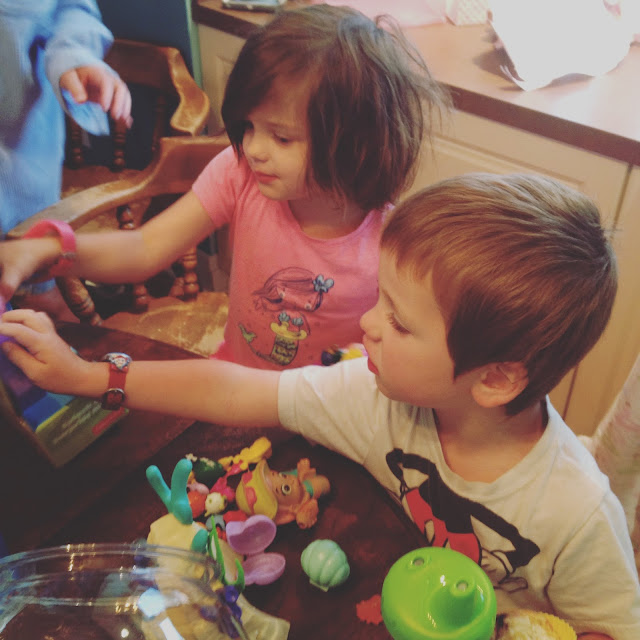 This was the mermaid stash when all was said and done: 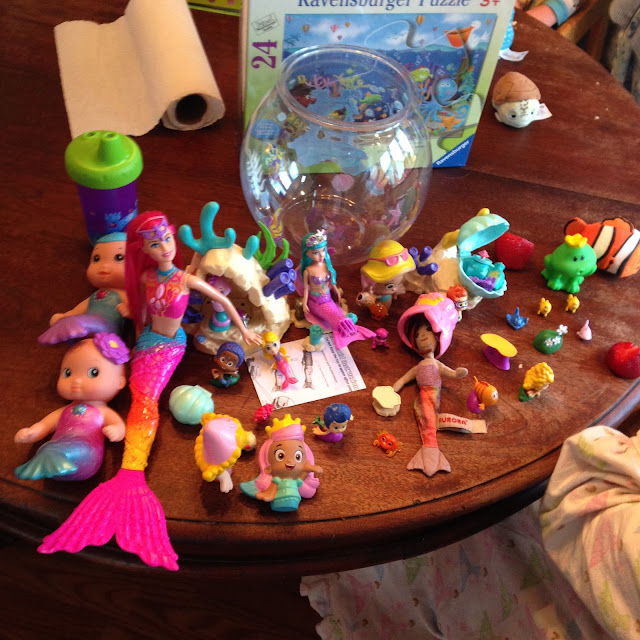 Tessie slept through the excitement. 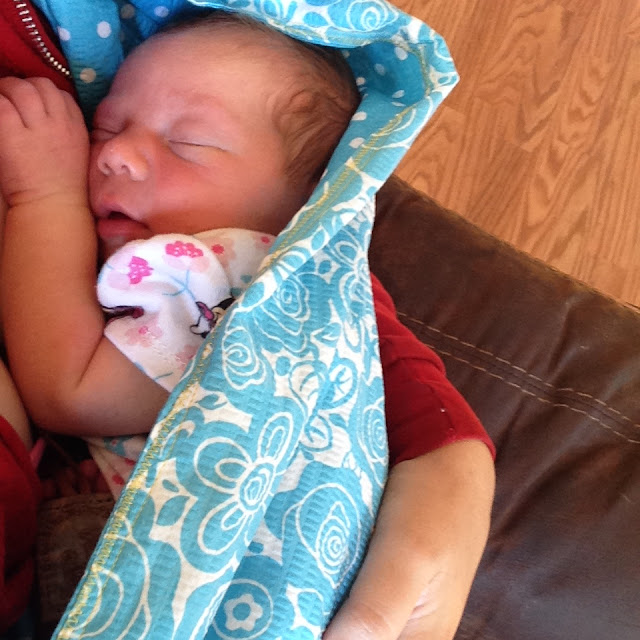 After her school we took her to Red Robin (because she loves the gluten free chicken burgers there: 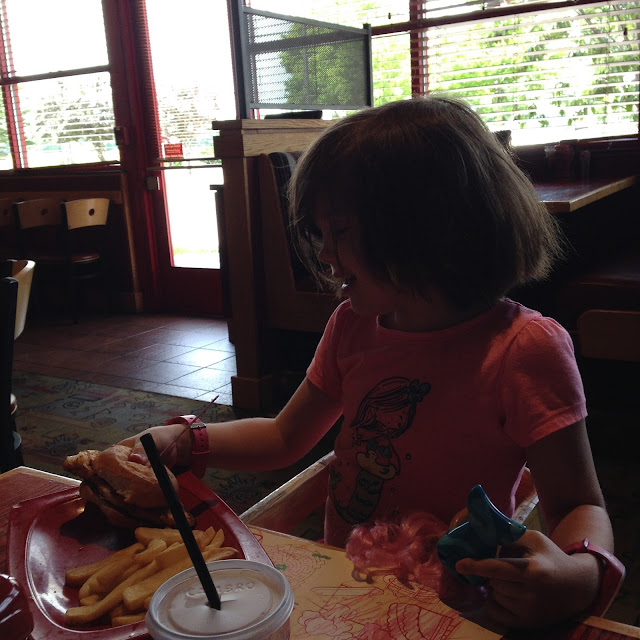 And Sadie lost another tooth! 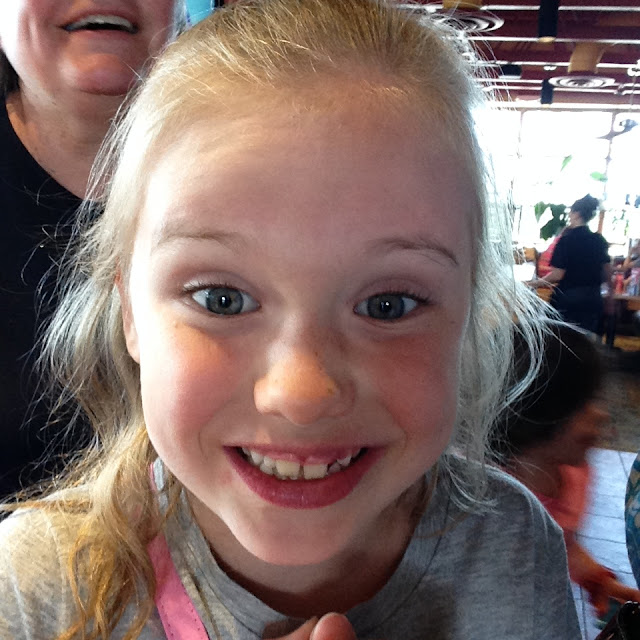 And Tessie continued to sleep through the excitement: 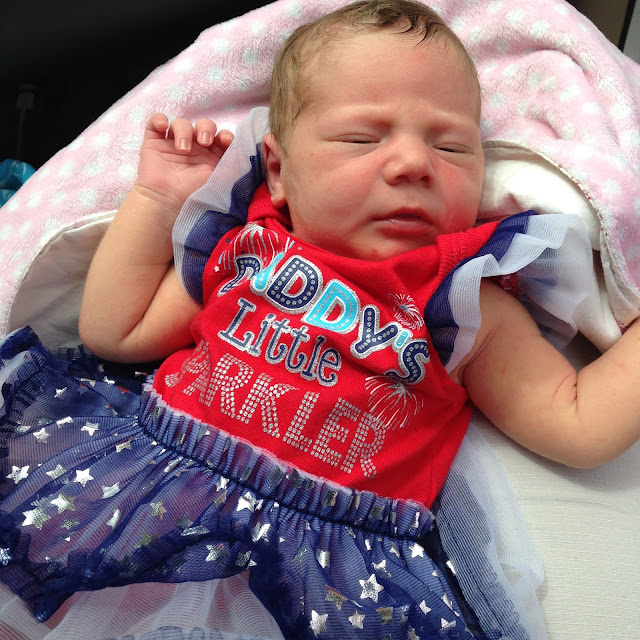 After lunch we swung by Cold Stone for dairy free sorbet: 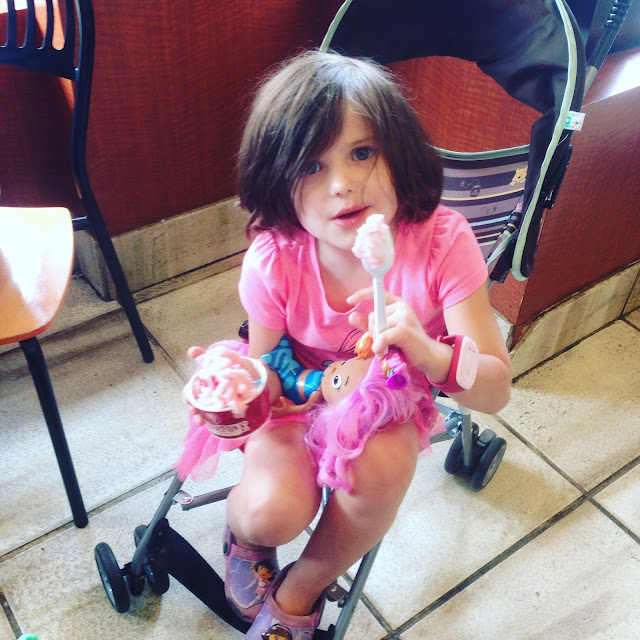 And then we headed home so that Maggie could take her mermaids for a swim: 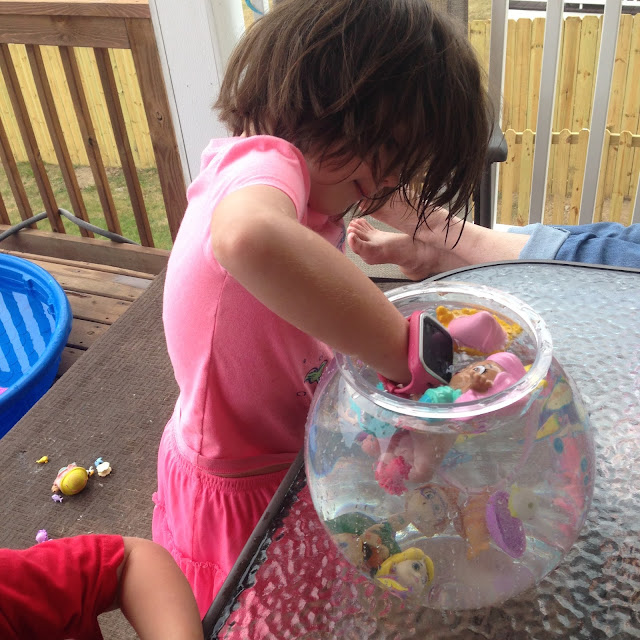 After all, what good is having so many mermaids around the house if you can't put them in the pool on the back deck? 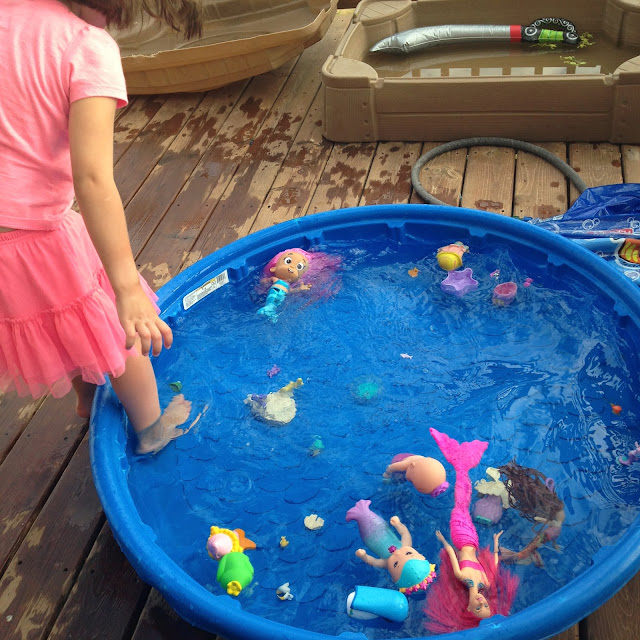 Meanwhile I rushed around inside and made the cake that I was too tired to bake the night before (after all I was only five days post partum...) and threw together the goody bags that Sadie had meticulously planned for Maggie's birthday: 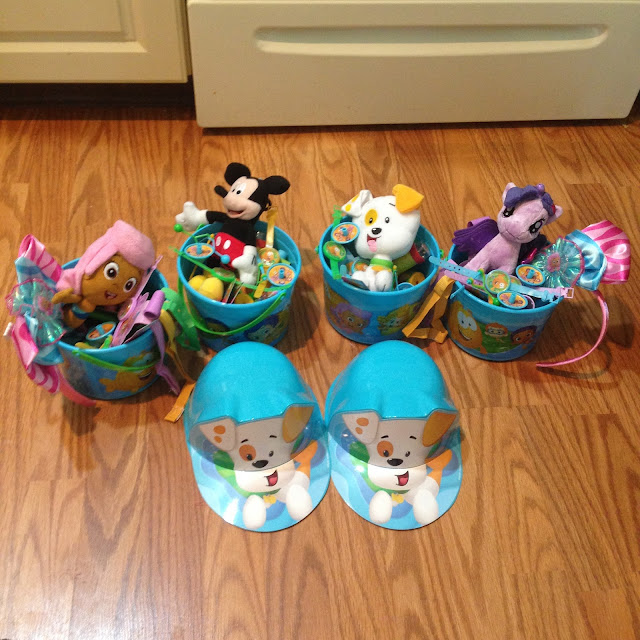 We repeated the Bubble Guppies theme for a second year in a row: 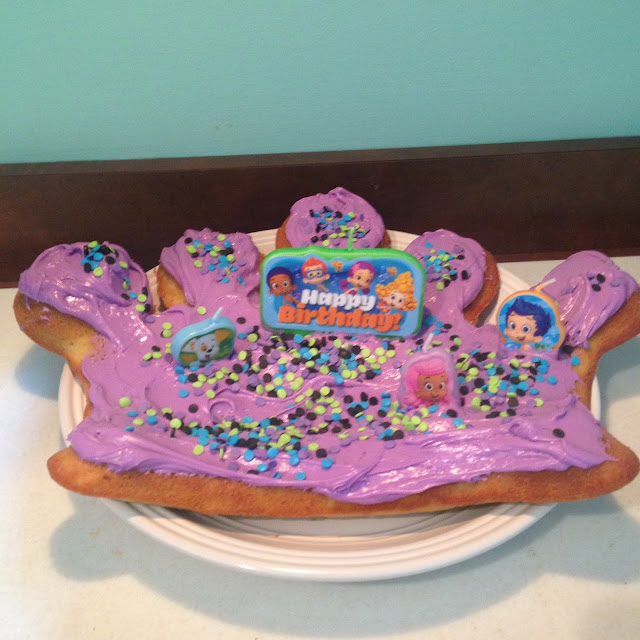 Both the toys and the cake were a success: 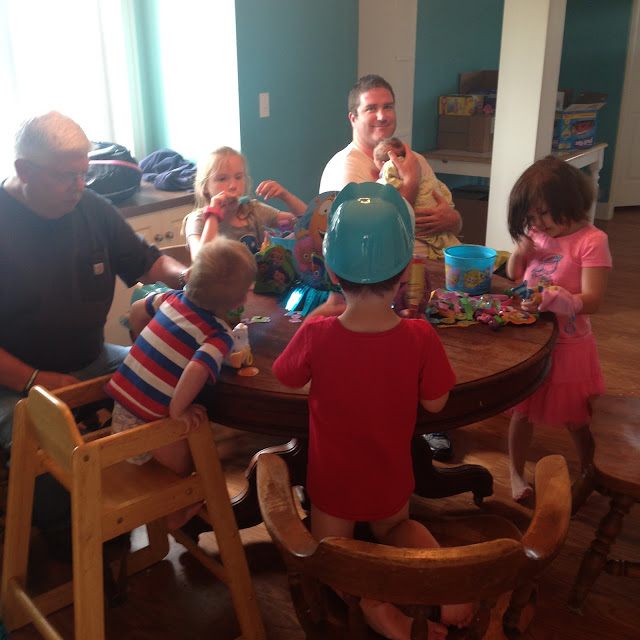 And then we went outside for fireworks: 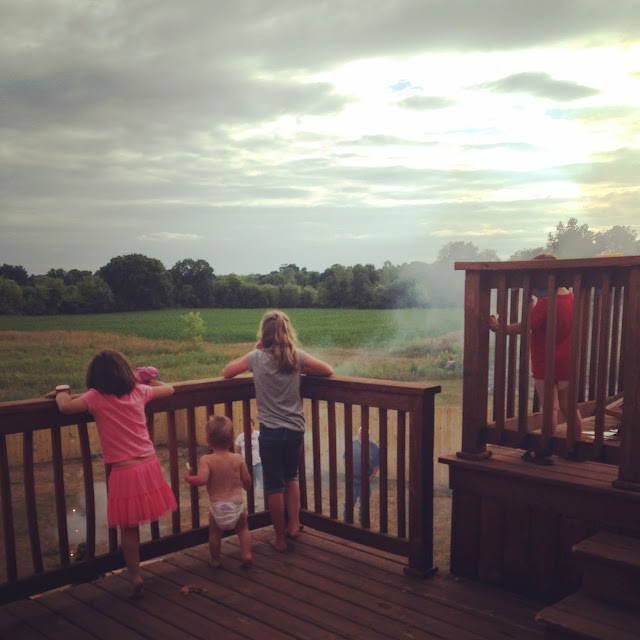 These weren't big fireworks.  But the kids thought they were pretty awesome: 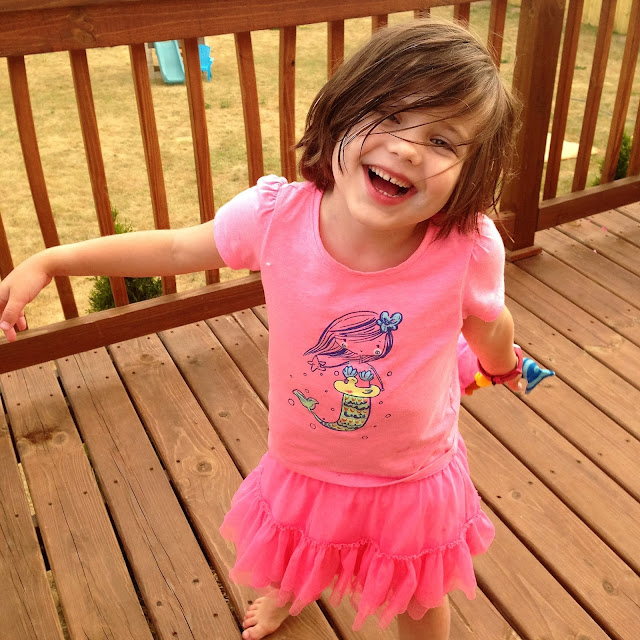 Except for James.  James insisted that he did not need to be held and that he needed to be on the edge of the porch watching the action... so that he could hysterically cry every time a firework was set off, running away, being scooped up and cuddled and then struggling to go back and run to the edge so that he could watch it all over again.

And he did not want to go inside. 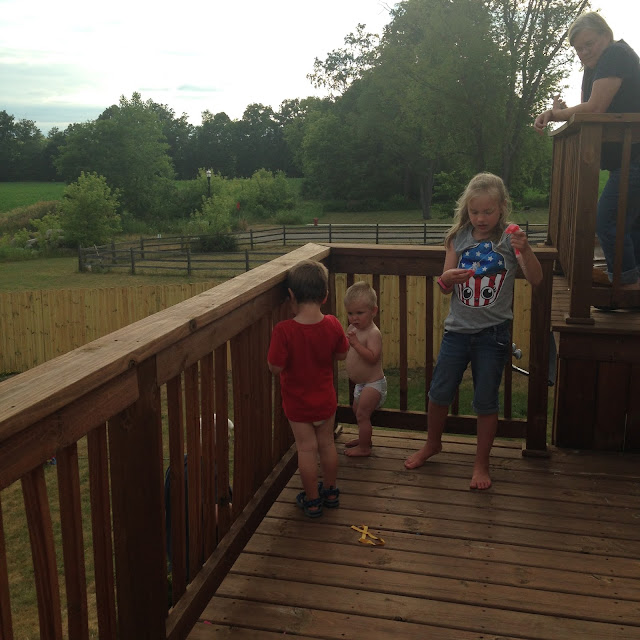 Here he is about to insist that he needs to get down to go over and watch another firework. 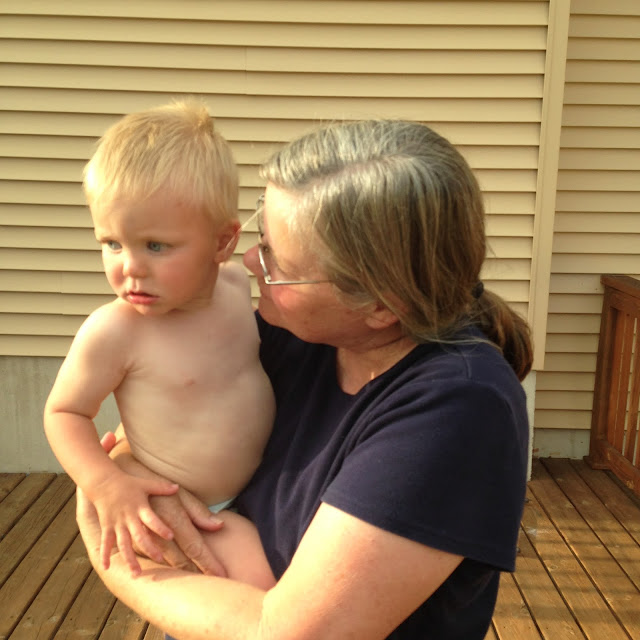 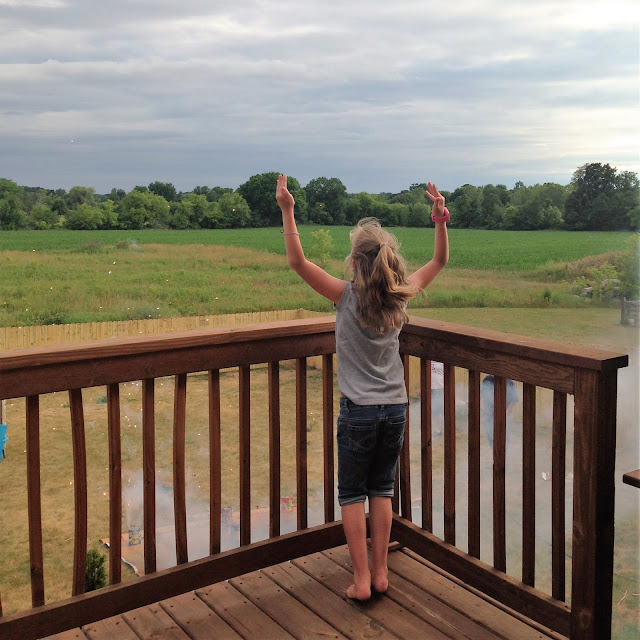 And I continued to try out the ring sling that I made, which Tessie is definitely a fan of, although I think I still prefer my Moby wrap, 90% of the time:


The kids actually insisted that we take this picture and then were all totally goofy when it (and five others like it) were snapped. 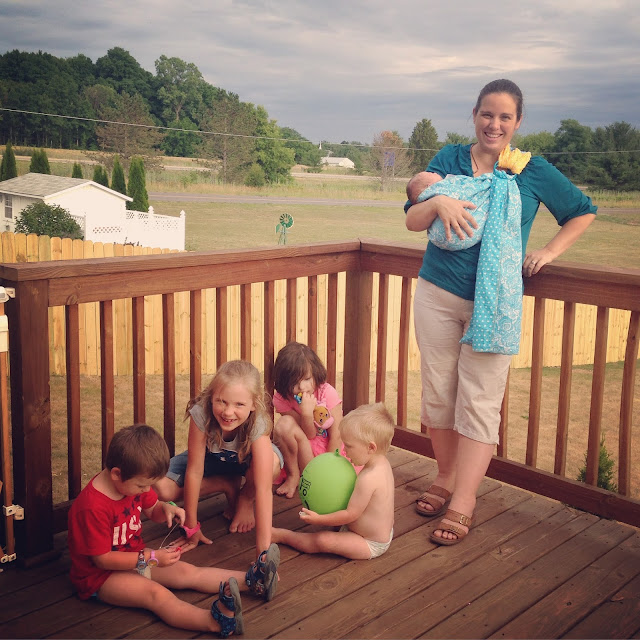 Once the fireworks were cleaned up (they were done on a wetted down piece of cardboard since it had been so unseasonably dry here), the kids raced down to see the little spot of grass that had caught on fire during the show.  It was very, very exciting for them: 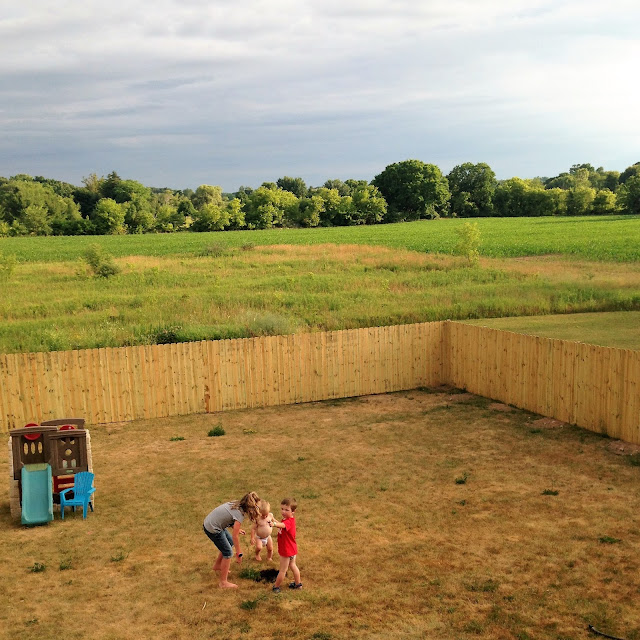 And then Sadie got control of the hose and the uncontrollable giggling began: 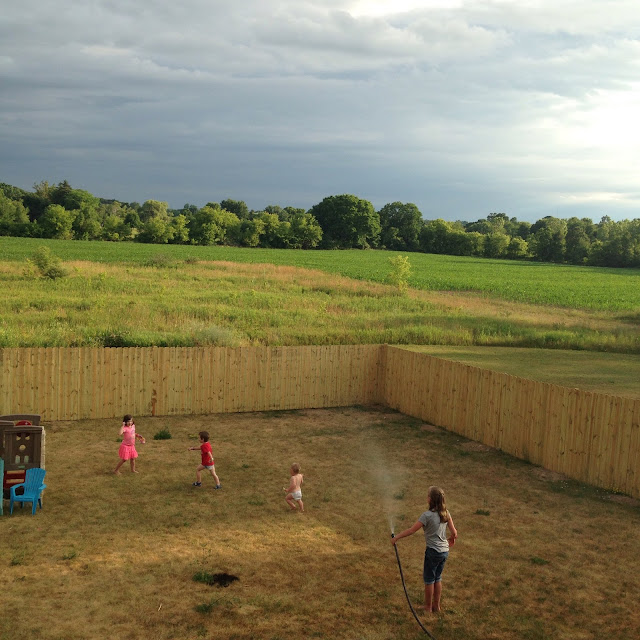 And that is how our Fourth of July birthday part went!  I can't believe that our little firecracker is six!
Posted by Cammie Diane at 9:47 PM