A couple of weeks ago Patrick had a doctor's appointment and while he was there I mentioned that I thought the possibility of him having asthma that we'd talked about in the past, had developed into exercise induced asthma.

I've long been nervous about Patch's breathing. He was a wheezy baby, but gradually that went away.

But in so many ways his breathing, and health in general, reminded me of Sadie. And then I began to notice that despite being very active, he was becoming breathless and having coughing fits a minute after he'd begin running around with his brother and sisters. 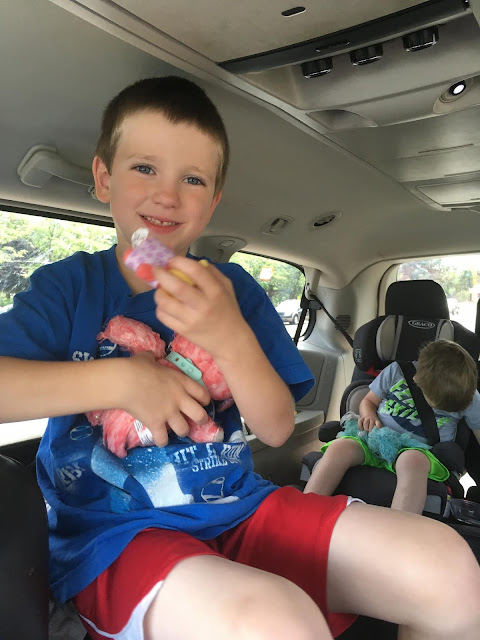 His doctor knew about my concerns and had explained that it did sound like he was more prone to developing asthma, but there was a chance that he wouldn't. Some people can go either way.

But when the coughing fits started and I saw it really effecting his play I decided it was time to talk to his doctor again.

So a couple of weeks ago we came home with an inhaler from his doctor's office, to be used before he went out to run around, and an order for a PFT.

We were waiting on the call about the PFT, when yesterday came meandering through out of nowhere and smacked into us, in the most terrifying of ways.

I think that Patrick must have been feeling sick, because he came down and climbed into bed between Paul and I, which was something neither boy has been doing regularly in quite a while. He slept for a while, and I hardly noticed that he was there until the coughing started. 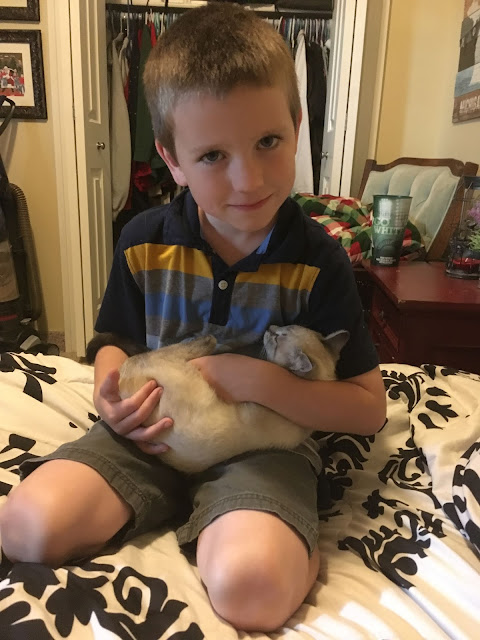 He coughed for about thirty seconds and I helped him sit up, asking Paul to go get his inhaler, because I had a sudden sinking feeling we were about to need it.

His coughs didn't sound quite right.

By the minute mark he was wheezing as he coughed and struggled to breath.

I didn't know that Paul was struggling to find the inhaler because it had gotten taken upstairs to Sadie's room with a bag of medications after a slumber party at Nani's house.

The inhaler, we'd thought, was only going to be used before he exercised or ran around. It hadn't seemed important to put it somewhere to be found at a moments notice like we have to do with Sadie's. And I had thought I'd known where it was. But I was wrong.

It took Paul a few minutes to find it and by the time he did Patrick was panicked and wheezing and coughing and sobbing and completely incapable of using the inhaler, even with the spacer.

We both tried to coach him through it, but with little luck.

He couldn't breath coordinate breathing out, or putting his mouth effectively around the spacer. 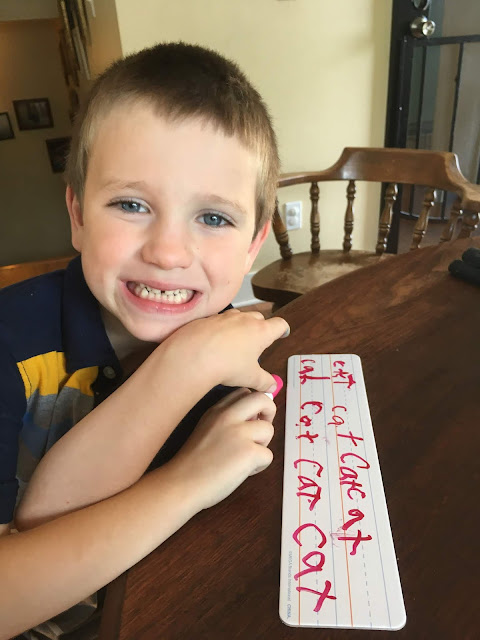 Then I remembered Sadie's nebulizer.

I raced downstairs and grabbed it and within another couple minutes was holding the mask on his face.

Within another minute his breathing was easier. By the time we finished the treatment I still thought his breathing sounded horrid but he said it felt fine.

He had another attack three hours later.

And that is how we ended up back at the doctor's office yesterday. There was one appointment available for the day, with a doctor we've seen before, and of course we took it.

His chest sounded fine, but he was stuffy. But I played a little bit of the video from one of the security cameras and she thought the cough sounded like croup (which he's also had before).

Sometimes albuterol can work on croup apparently too, so the nebulizer working doesn't rule out the possibility.

She does have him using his inhaler four times a day as we wait on his PFT, and for that reason didn't prescribe QVAR or a preventative medicine just yet. 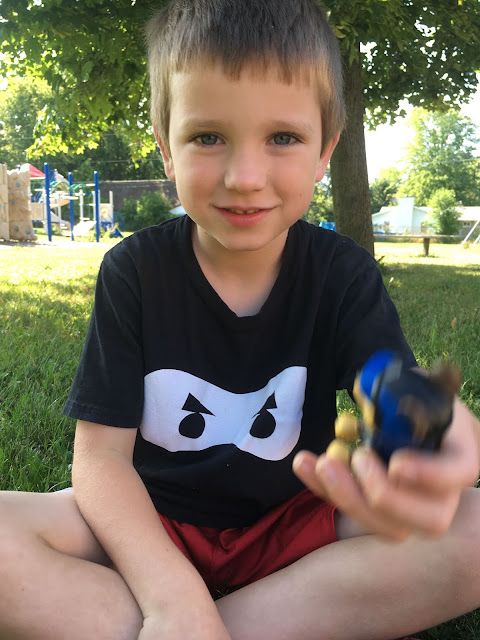 And every time he uses it, it apparently becomes much easier for him to breath, so I'm thinking it might be a bad combination of both croup and asthma.

She also prescribed presidone in case it gets worse again (I'm pretty sure I now have three prescriptions of "just in case presidone" around here for various people).

Benadryl seems to be helping, along with his regular Zyrtec, too. And of course that four times a day use of his inhaler.

This year has been so good in some ways and so brutal in others. But I'm cautiously optimistic that if this is asthma, hopefully we'll have it under control soon. Sadie's is pretty well controlled now (she only needs her inhaler a few times a month and her pulmonologist is working on getting her to the point where she needs it even less than that) and hopefully, if that's what this is, his will be soon too.

Now if everyone could just stay healthy and uninjured for five minutes that would be great!

And for anyone interested in a few highlights from the vlog here are a few of the latest videos from over there:

Email ThisBlogThis!Share to TwitterShare to FacebookShare to Pinterest
Labels: asthma