Today was the first day of school.

Because I've learned that there's no way we're getting good photos amid the chaos of rushing around to get everybody to school before 8 am, despite my best laid plans.

Besides, I only had one of each of my back to school chalk boards and interviewing and writing out each kids answer just would not work out with the hours we have between sunrise and school.

So one by one I took each kid aside on Sunday afternoon and asked them their questions. Everyone except Tessie was able to answer them.

In fact, Tessie was the loose cannon all the way around for this whole photo thing. All she wanted to do was look at the flowers on the giant flowery bush in the driveway: 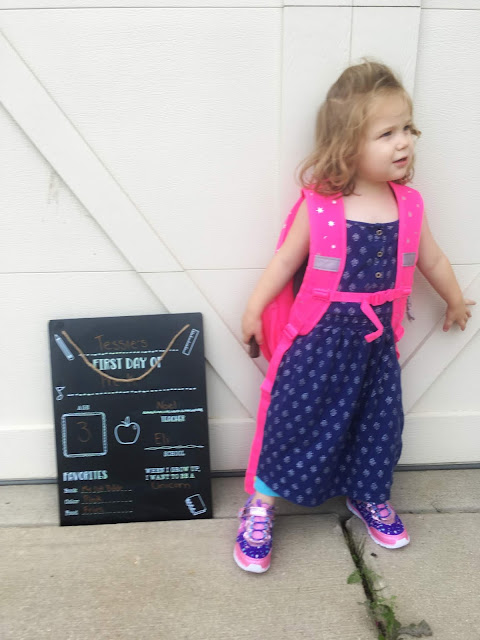 Meanwhile James was ready to ham it up.

James is going to K-club this year, which is not quite preschool, but not quite kindergarten, although technically it is kindergarten. It's for kids whose birthday are between September and December of the school year and it's just what this guy needs.

He loved his first day back and is so excited to be in the same school as his big brother this year. 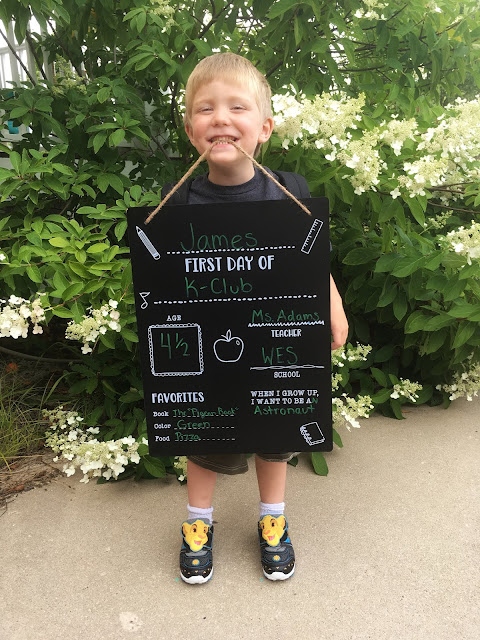 Meanwhile Patch was moved up from kindergarten into first grade.

I'm grateful that he's only a few doors down from his little brother.

It took us all summer, and approximately, 8745 pairs of shoes, but we finally found a pair that are not too "tight and squeezy" on his feet.

I was so relieved on that day.

For a moment I had visions of him wearing his favorite raggedy old sandals in the snow. 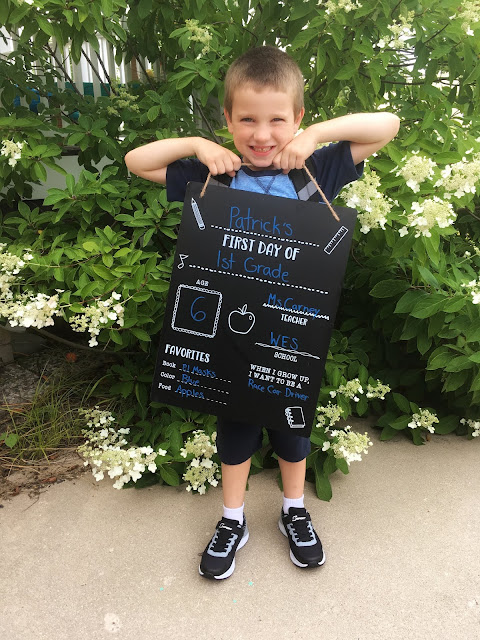 I am so proud of Maggie and this photo.

Not only this, but today she had her yearly physical and she went in and sat perfectly still while she had her blood pressure taken, and she remained still when the doctor looked in her ears and mouth, and of course as always she said "bu-bump, bu-bump," when they listened to her heart.

I don't think I would have believed that those things were possible if you had told me she would be doing them so soon, a few years ago. 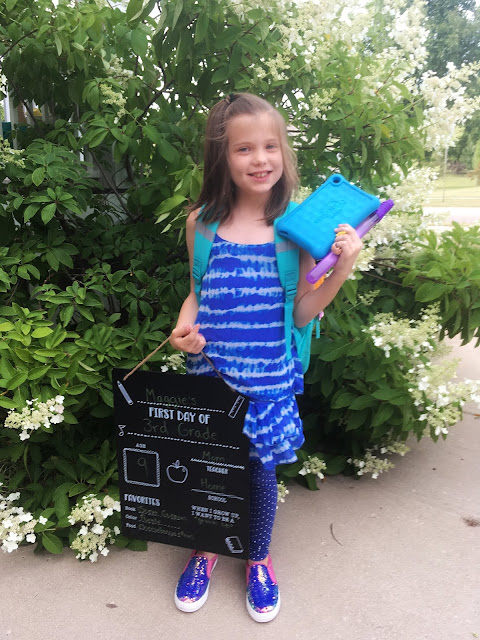 My tween is going to Middle School! How can that be?

She is 5'3 (and a quarter) and is rapidly closing the gap between us in height. At this rate, and if her feet, which are three sizes bigger than mine, are any indication, she's going to be taller than me by Christmas time.

And she's quite anxious for that day. It might be her #1 goal as a fifth grader. 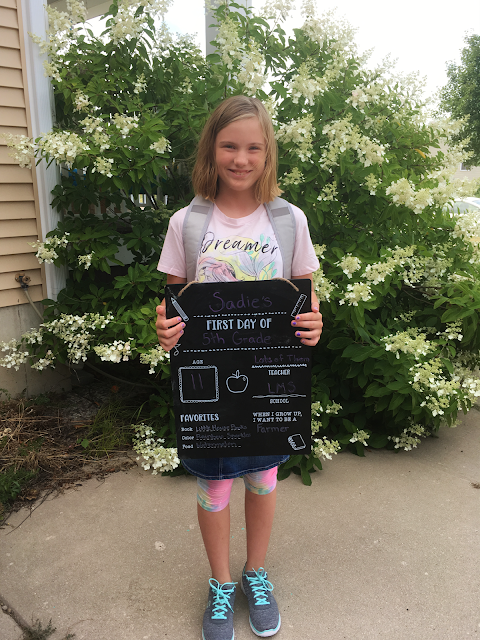 I'd like to thank James for being perpetually photogenic. As mentioned earlier, thank goodness I took pictures yesterday! Because in their sleepy, impatient state, no one really wanted photos today!

I am definitely going to have to do this again next year. It made this morning so much less stressful. 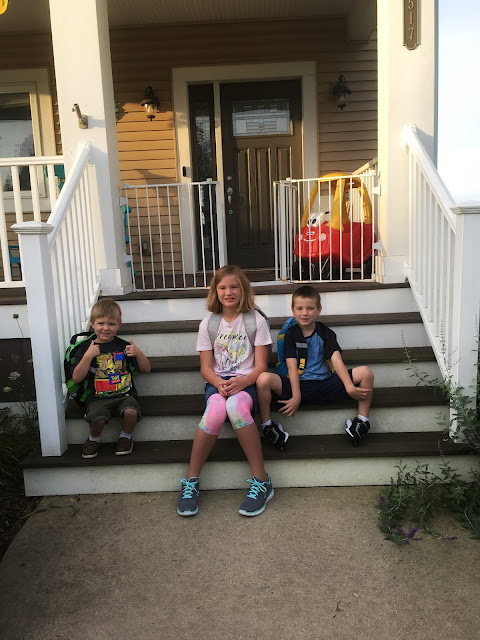 Now to get ready for the second day of school.

Today Nani and Bopa helped me out by taking the girls to therapy, but tomorrow I'm attempting to drop everybody where they need to be on my own. Fingers crossed we can make it everywhere without being late!
Posted by Cammie Diane at 10:21 PM