The Princess and The Super Hero

When I saw the dress on the hanger at the second hand store I knew it would be perfect for her.

$8.50 was the price on the tag and so I picked it up, and then it was time for dress up and playing in the back yard when we got home.

Maggie, with her flare for the dramatic, was immediately transformed into a princess: 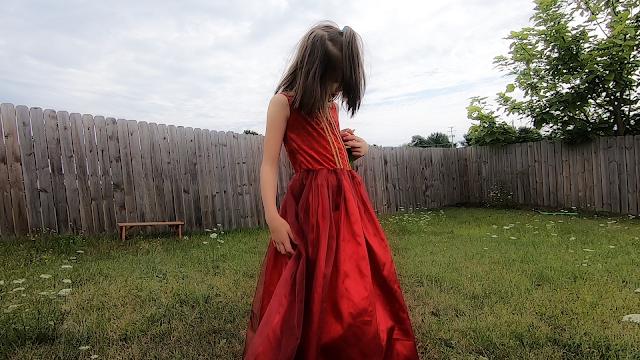 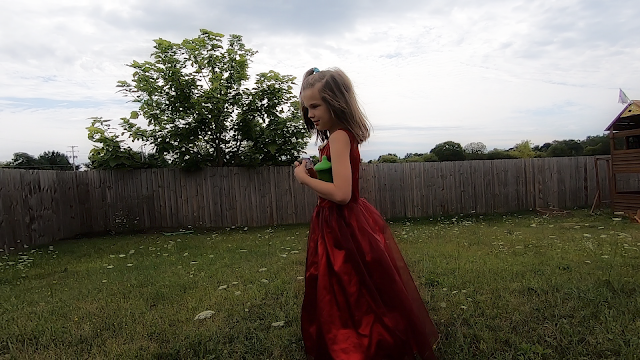 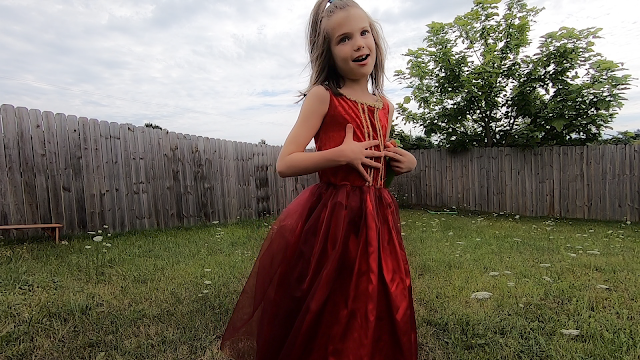 But then the boys arrived.  Two tiny Spider Men. And the mischief began.

And James, like any self respecting four and a half year old who sees his fifth birthday looming in the very near future, hates it.

And I'll explain to him that it's just like how he'll always be my baby, because she used to cuddle him so much when he really was a tiny baby. But this answer is not acceptable.

And so the battle over getting her to call him anything other than "baby" continues.

I'm fairly certain she does it because she knows it drives him crazy. 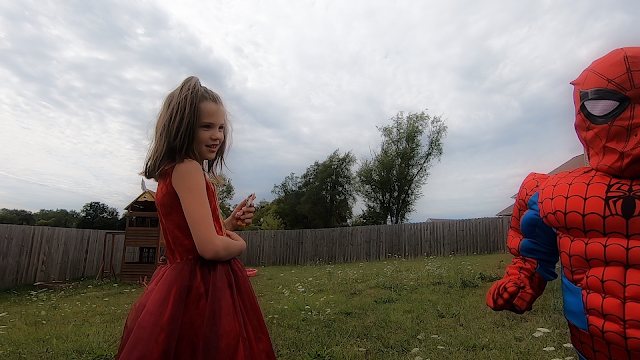 "Remember Maggie," I'll say. "He's a big boy. James is a big boy!" And she'll snort and mutter and chuckle to herself and say "baby" under her breath or out loud depending on her mood.

So basically it's a pretty typical sibling relationship. 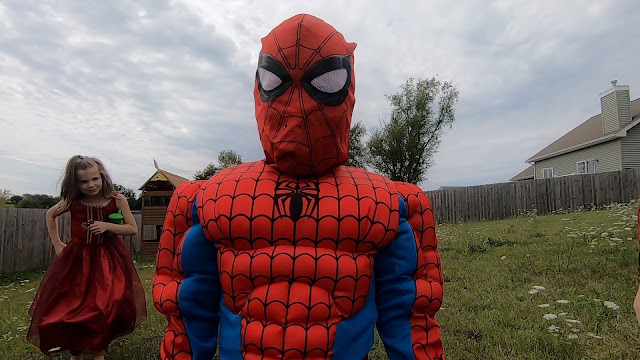 Meanwhile Patrick was coaching his little brother on how to actually be Spiderman. 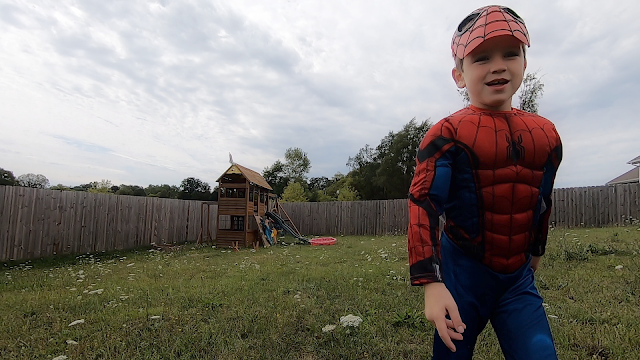 They raced around the yard together fighting bad guys and saving the day. 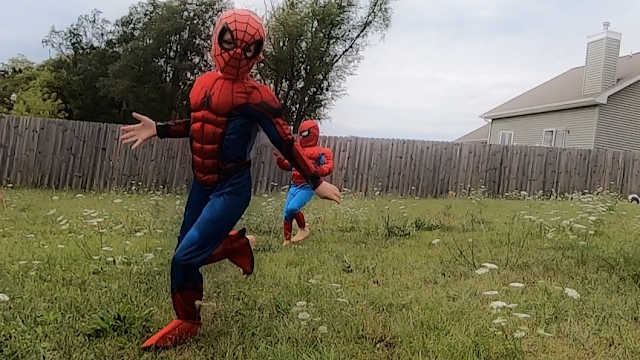 And Patrick was even coaching James on how to properly form his hands to shoot spider webs. 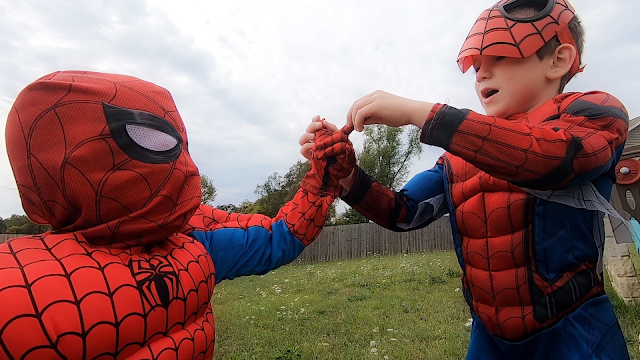 All in all it was a very good day.