James hit ten months a week ago, which I find hard to believe since it seems like he was just born a couple of months ago. 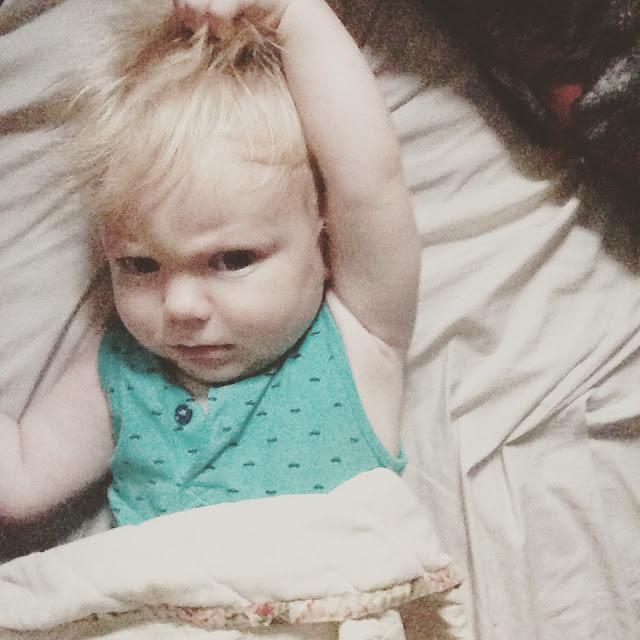 He celebrated the day before his birthday with a visit with his physical therapist (okay, celebrated is a strong word).  I thought, going into the appointment, that it was likely that it would be our last one.  At our previous appointment, before we went back to California, his therapist had said she thought there was a very good chance he'd be caught up by the time we got back and he has been working so, so hard to do things like belly crawl across the room and prop sit.

In fact in the days before the appointment he'd prop sat by himself for about five seconds and started to make his way on his tummy from place to place. which were both big steps. 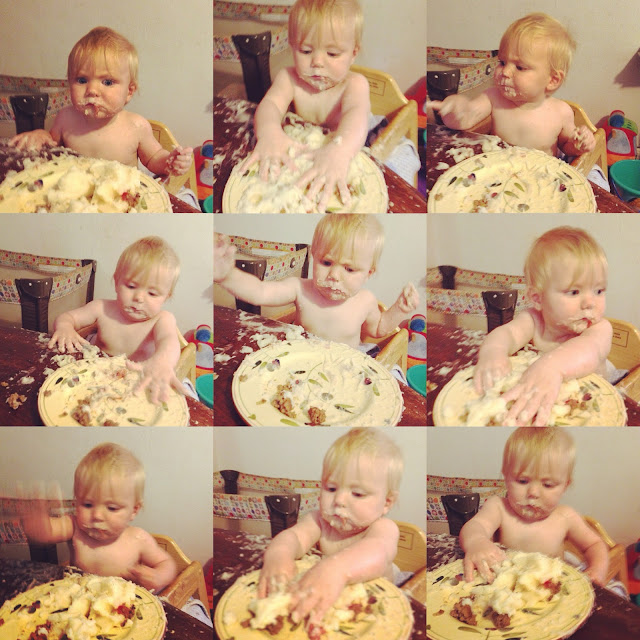 I'd been worried at the last meeting after hearing the terms fine motor delay, gross motor delay, possible speech delay and social communication delay thrown around.  This time I knew we'd come a long way.  Gross motor was my only real concern that remained. 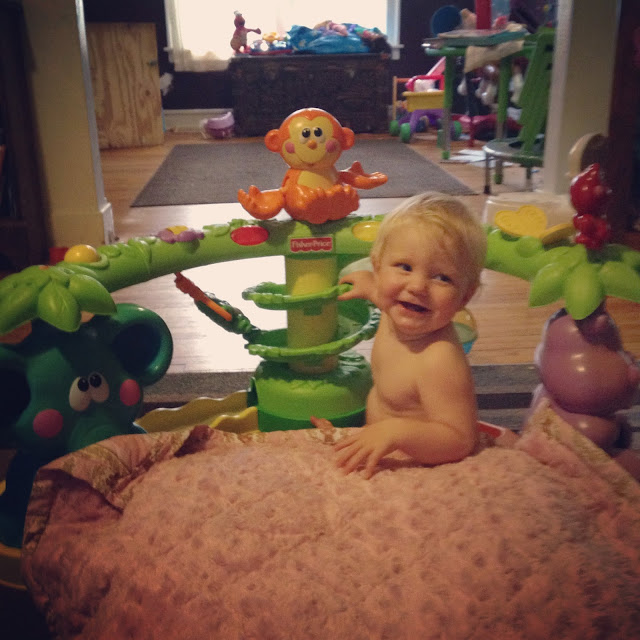 His therapist, who is wonderful with him, asked me questions as she played with him and then she began to ask when he'd be going to see his doctor again. 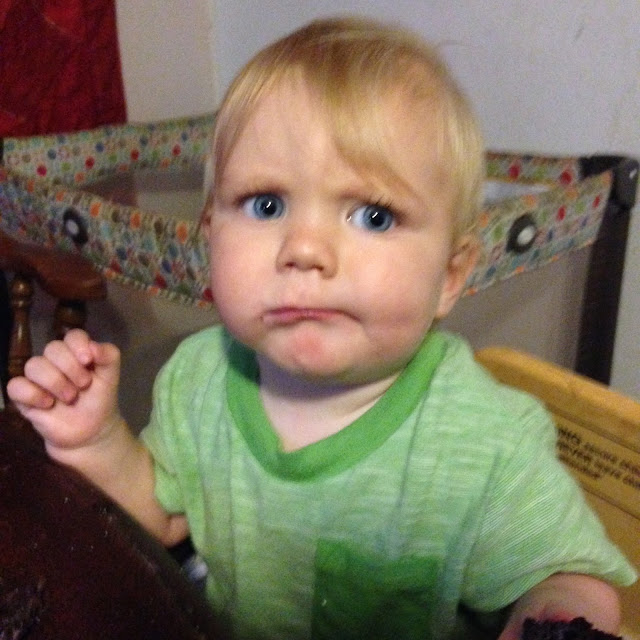 As the appointment went on she confirmed that he has low muscle tone and is hyper flexible, especially in his legs.  I knew he was hyper flexible since when I would try to sit him up his legs would go totally flat out to the sides (think like the butterfly stretch with your knees touching the ground) and he'd fall forward so that his face would hit the ground.

While we watched him belly crawl to get a toy we both realized that he was only using his left leg (and he wasn't using it much at all), and he was dragging his right leg behind him as he went (and in the days since I've watched him and realized it's pretty much and all the time thing.  Even when he lays on his back and kicks he hardly moves that right leg at all).

So she told me to make sure to ask if they'd tested things like protein and iron, his kidneys and liver and thyroid, just to rule out and physical causes. 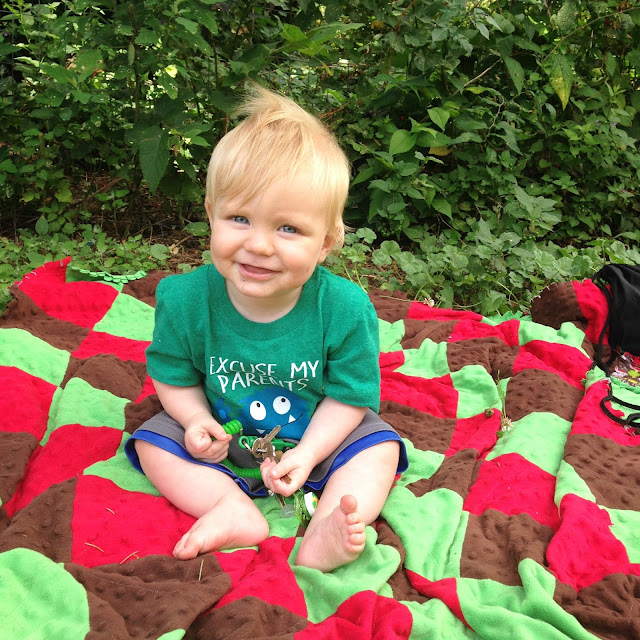 I'm not really worried.  He is making progress and he seems happy and healthy.  He's my third consecutive laid back baby, except around 9 pm when I try to convince him he needs to go to sleep so that I can write while I sit next to him and he tries to convince me that he needs to stay up so that we can cuddle more and blow raspberries. 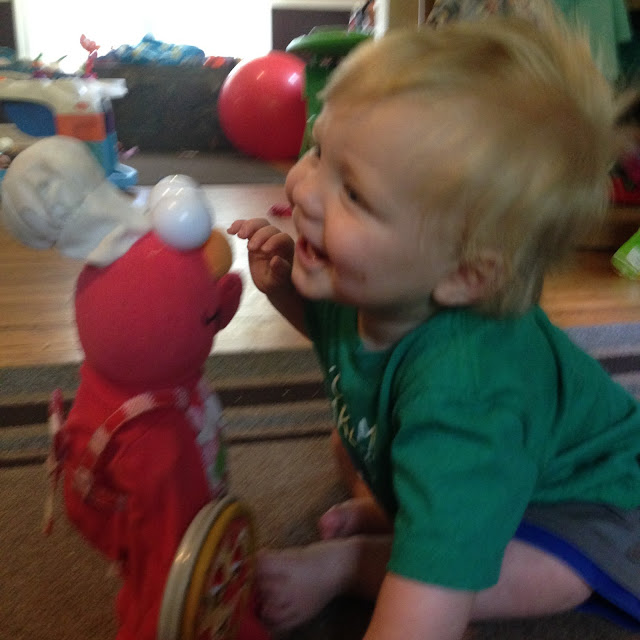 It's kind of odd to think that Maggie took her first steps at 10 months and he's not quite crawling.  Although he sure is trying.

I'm not sure I've had a child who's been worn as much in a wrap or who's had as much tummy time as this little guy.  I started the extra tummy time early, because his head was so, so wobbly for so long (like only a little better than newborn wobbly at six months... thank goodness that ended). 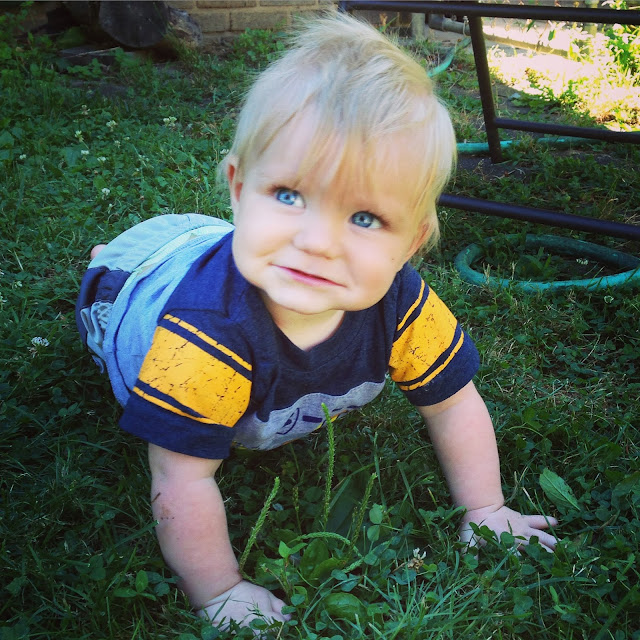 So now we wait for the doctor's appointment the first week of September.

There's one thing I know for sure, he definitely is motivated to move around the house since he wants to be in on the action with her brother and sisters.  He plays mermaids with Maggie and cars with Patch and despite moving rather slowly, he is in to everything. 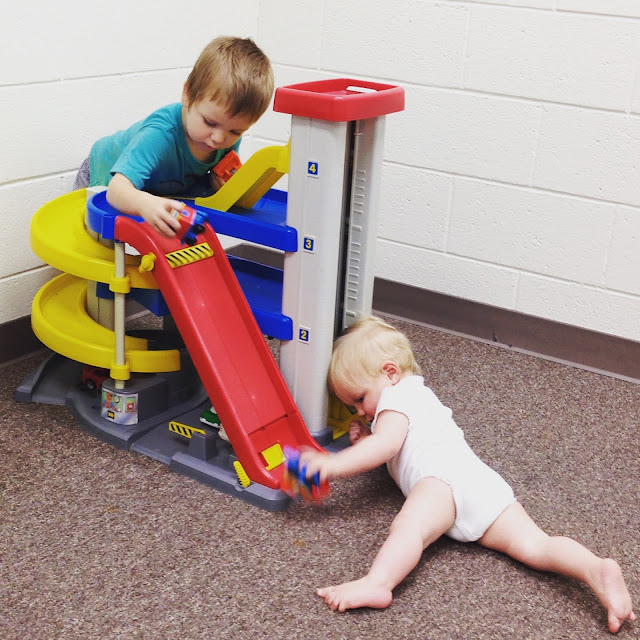