7 Quick Takes Friday: A Prayer Request, A Puppy and One Messy Baby

I'll start this one off with a prayer request.  Please say a prayer for a priest that was a big part of the beginning of my journey towards becoming Catholic.  He married Paul and I, baptized Sadie, and was my first confessor and he was the priest for my first communion and confirmation.

He was having surgery yesterday and things did not go well and his family is asking for prayers.

He is such an amazing joy filled priest, so you if you have a moment please lift him up in prayer when you read this! 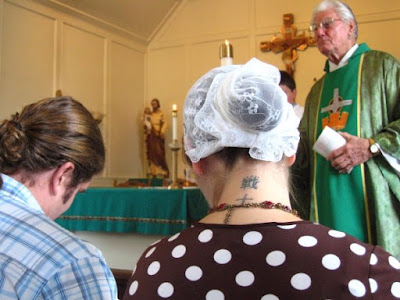 James may not be able to walk yet but yesterday I caught him with a chair pushed over to kitchen gate (which is quite tall).  He had somehow managed to climb up onto the chair and was standing on it with a giant grin on his face, looking as though he were about to try go over the top.

At his last pediatrician's appointment the doctor said he thinks he's braver than he has the coordination to be and I think I agree.

Since I'm writing quick updates I might as well throw in a pregnancy update!

The morning sickness isn't quite gone, so I'm still weighing less than I was to start with and I'm waiting for food to sound appetizing again.  At all.

All in all though, the subchorionic hematoma hasn't done anything lately, so I'm really happy about that!

Lily is now four months old and is getting bigger everyday.

She also finally seems to be past the worst of the nippiness of teething.

And while she definitely doesn't spend long stretches of time outside while it's been in the negative numbers with windchill, she also definitely prefers the cold and has been getting her fill of short trips out to enjoy the iciness.

Apparently the cold also doesn't bother my shorts wearing husband.  It did almost hit 20 that day though.  So... 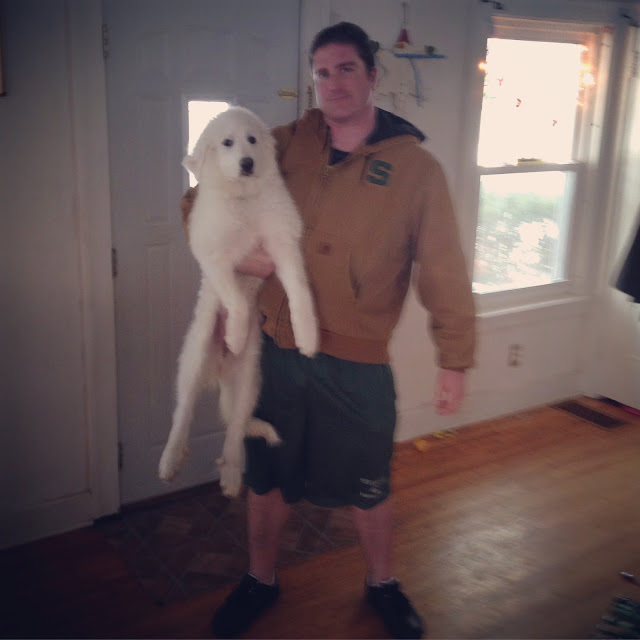 This post almost didn't get written because all day today I had a migraine.  A horrible, horrible migraine.

Then at bedtime I was tucking Maggie in.  I hung up her mermaid sheet on the top bunk so that she could look at it and dream of mermaids (instead of sleeping under it she likes me to hang it from the bottom of her sister's bed so that she can lay down and make her mermaids "swim" in front of the blue backdrop).

I sang a little song.  And then I tickled her foot, every so lightly.

My migraine slowed reflexes hardly saw her little foot shoot out as she giggled hysterically and catch me full force just under the tip of my chin.  It hurt.  A lot.  Like "is my jaw broken" hurt.

I managed to say goodnight and stumbled out of the room.

And as the pain of being kicked faded with surprising speed I realized something.  The migraine was totally gone.  I couldn't believe it when I was still completely pain free an hour later.

My migraines almost never go away without going to sleep.

They have said at the osteopathic manipulative medicine appointments I go to for my back that my jaw is super tight... Maybe Maggie has a future as a chiropractor... 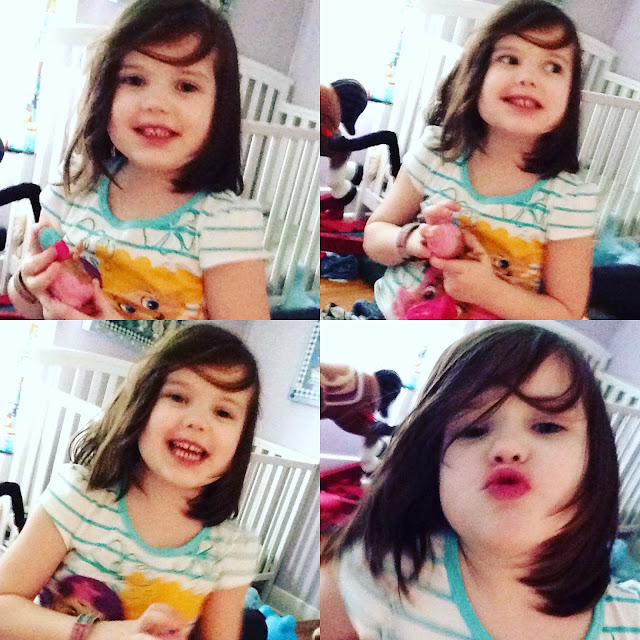 Lily is smitten with James.

Her relationship with each of the kids continues to develop. With the girls she alternates between being wild with them and being wary of their loud personalities.

With James she is absolutely gentle.  Yesterday, after the chair incident, I caught him "riding" her like she was a tiny pony (she was laying down) and she was completely happy, since she loves to snuggle up close to him.

Even 1hen she's taking a break from the kids in her kennel he's right there beside her, keeping her company.

And when Maggie's therapy planner was visiting yesterday and was holding James' hands and helping him practice walking back and forth Lily fretted every time they went close to the door, apparently worried that her baby was about to go outside with a "stranger."

They are definitely two peas in a pod. 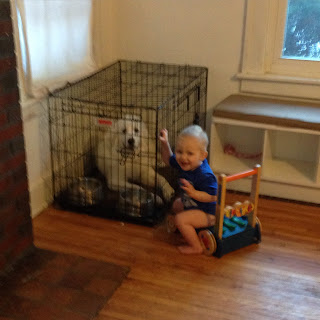 Does anyone else feel like winter has just finally arrived (okay you probably especially do if you live on the east coast)?

I kind of like the late start we've gotten.

Two years ago when it stayed below freezing from November until.. around April, I felt like winter would never end.  Now after a balmy November and December I feel more ready for these colder temperatures.

Also after a week of -10 windchill today it 27 felt balmy.

I actually walked outside with the dog, without a coat on to put her in the yard and thought "This is so nice!  It's warm out!" and then rushed it to see that it was 27 with a windchill down to 19.

It's funny how much warmer that feels after a rather cold week! 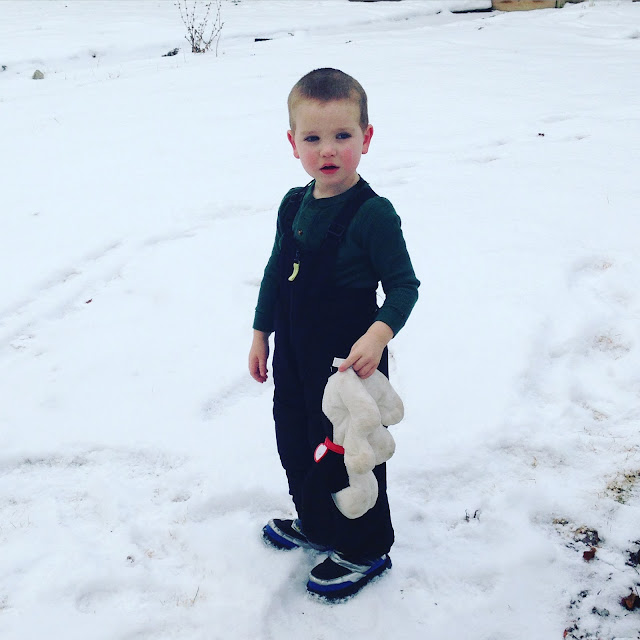 For more 7 Quick Takes head over to This Ain't the Lyceum.
Posted by Cammie Diane at 9:07 PM