On Staircases and Emergency Trips to Pick Up Baby Gates 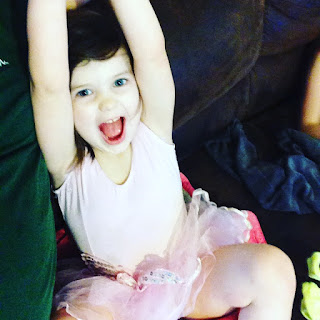 Yesterday was one of those days.

The kind when you frantically message your husband on Facebook and say something along the lines of "I need you to go to Target and pick up the new baby gate that I just ordered and paid for online and bring it home as soon as you can and assemble it in place of the old gate across the stairs because it's just not working anymore!!!!"

Only in real life the message was split up into a dozen small hastily sent fragments, typed with one hand while making sure the baby didn't attempt to lay siege to the stairs yet again.

I'm pretty sure it was "one of those days" because Saturday was so perfect and everyone had been absolutely and completely on their best behavior at the exact same time all day Saturday.  The scales of the balance needed to swing back a bit in the opposite direction to even things out.

Is it strange that while I was picking out the baby gate on the website while scanning for the words "in stock now" I was estimating how long it would last?

Ah yes, an accordion style wooden gate.  Are those metal connecting pieces?  I think so.  We've had two of those... it might last for... six months before they destroy it.... six months is a good run for a baby gate in this house.  And it drills into the wall.  None of those pressure plates.  Ridiculous.  The kids can take those out in an afternoon.  Let's do it.

Except it arrived with only plastic wall connecting pieces... so maybe it'll only last four months.  Or two.

Maggie and James are as thick as thieves.  He looks up to her and has apparently decided to follow in her footsteps... straight up the walls. 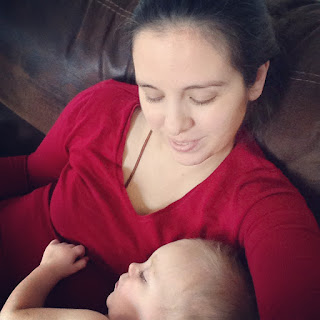 When Maggie was tiny she started climbing things.  Of course, she walked first, taking her first steps at 10 months and walking across the room on her first birthday.

James has decided to skip walking and go straight to climbing.

On Sunday Patch and Maggie spent the day opening the baby gate (which apparently wasn't all the "baby" proof anyways) and encouraging him to sprint climb our stair case before I could get to him.

He's surprisingly good at it.  He's also mastered reckless climbs up onto the dining room chairs and the couch.

Falling does not appear to deter him in the least.

The new gate, at three feet tall, doesn't deter Maggie in the least.  She can easily swing herself over it in a matter of moments.

James and Patch, on the other hand are now stuck downstairs until I lift the handle.

Which reminds me, I still haven't blogged about James' latest doctor's appointment.

At James' last neurology appointment he narrowly avoided being sent for a sedated MRI. 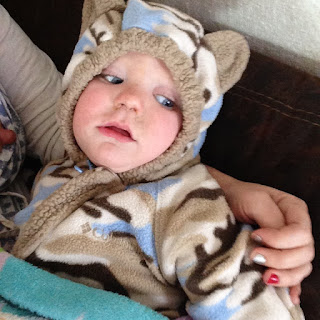 He drags his right leg a little when he pushes his little walker during PT, and his right ankle tips inward and wobbles wildly from side to side and forward out over his toes.  And while he demonstrated great fine motor skills with his left hand, he carefully avoids using his right.

However at his neuro appointment the neurologist offered him a marble, but only if he took it with his right hand.

Apparently James had never ever seen anything in his life he wanted (to eat) as much as that marble and he was willing to use his right hand to get it if that was the only way it was going to happen.

Then we had to wrestle it away from him as he clung on to it for dear life and attempted to pop it into his mouth.  His grip on his right hand seems just fine when he does use it.

So he bought himself a three month (and hopefully forever) reprieve from going under for a look at the part of his brain that controls gross motor movement.  And I'm supposed to call when he started taking steps on his own, or after his next PT appointment depending on whether his PT wants to wait until he's up and about or get them right away, to get a prescription sent over for orthotics for that wobbly foot.

And as you can probably tell from the start of this post, both his right arm and leg seem perfectly capable of climbing our very steep staircase, so I have a feeling by his next appointment he won't need that MRI at all.
Posted by Cammie Diane at 9:04 PM