This morning I announced to the kids that we were going to be having a tea party and they immediately started scurrying around the dining room cleaning and getting ready.  Even little James had a tiny baby wipe in his hand and was attempting to wipe down a chair.

I was so impressed that I ventured down to the basement and found the tea set that my grandmother gave me over a decade ago.  It's been carefully wrapped up and hasn't seen the light of day in all those years.  This summer it made the long drive out with us from California to Michigan, but this was the first time I pulled everything out and put it on the tray. 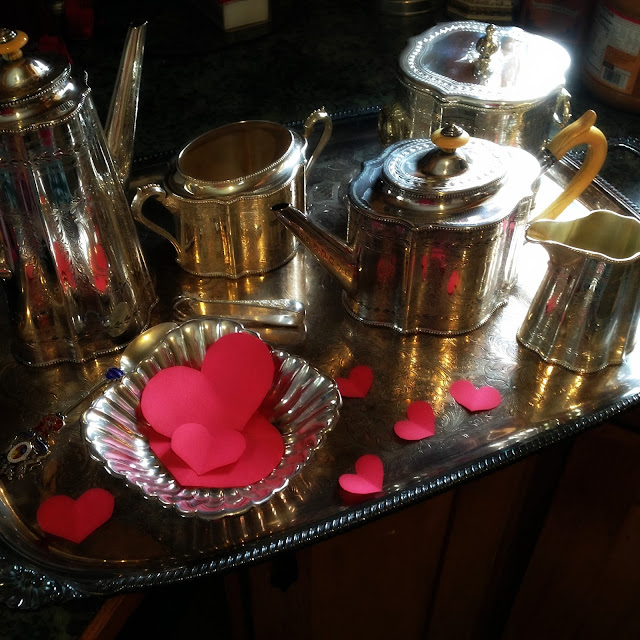 Then we did a little baking.  And decorating.  The kids were getting more and more excited as we went along. 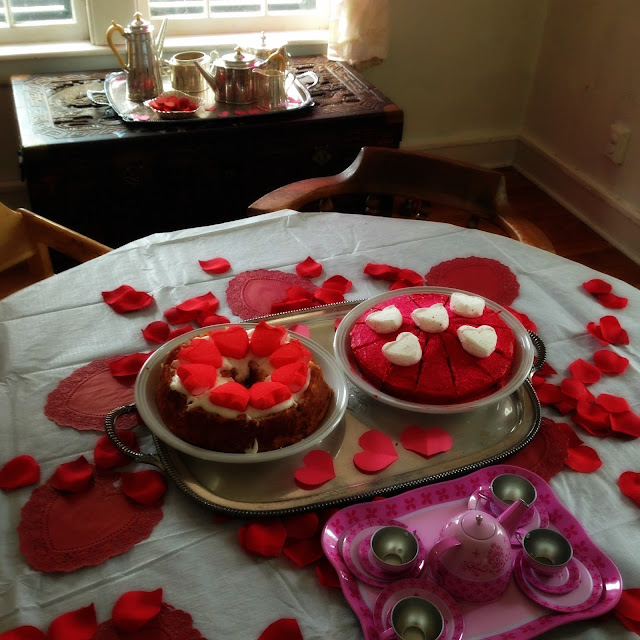 We invited a few dolls downstairs and the party began.

The chocolate cake was wildly popular. 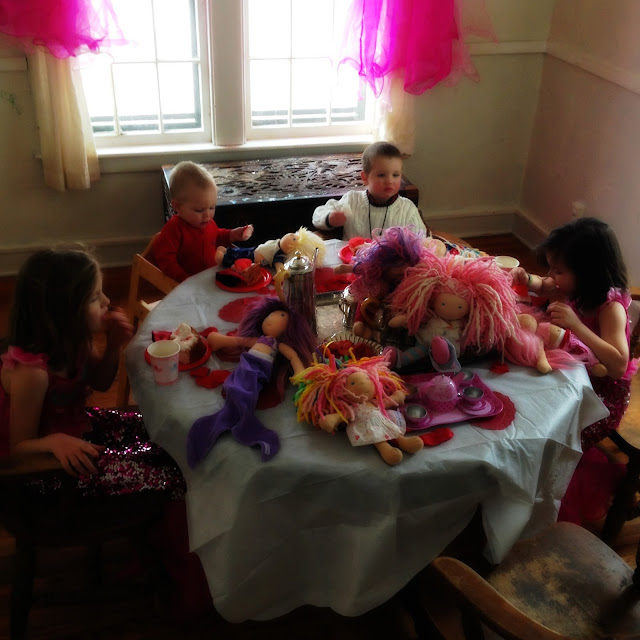 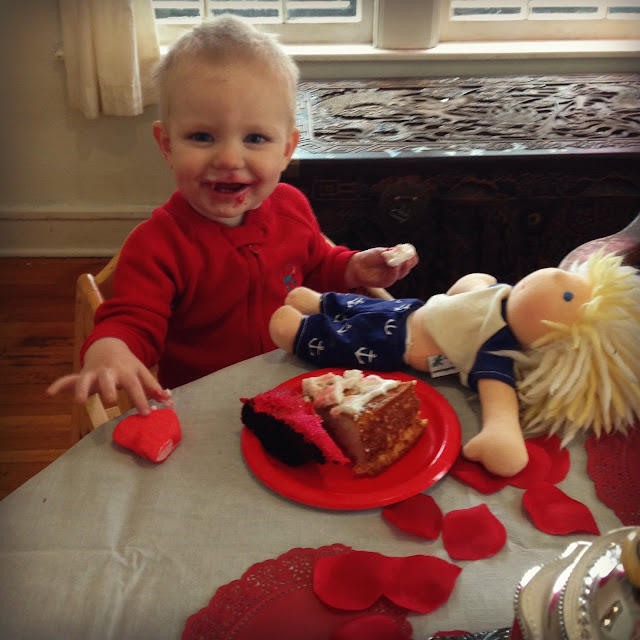 ...But it looked slightly more dramatic on the white sweater Patch was wearing. 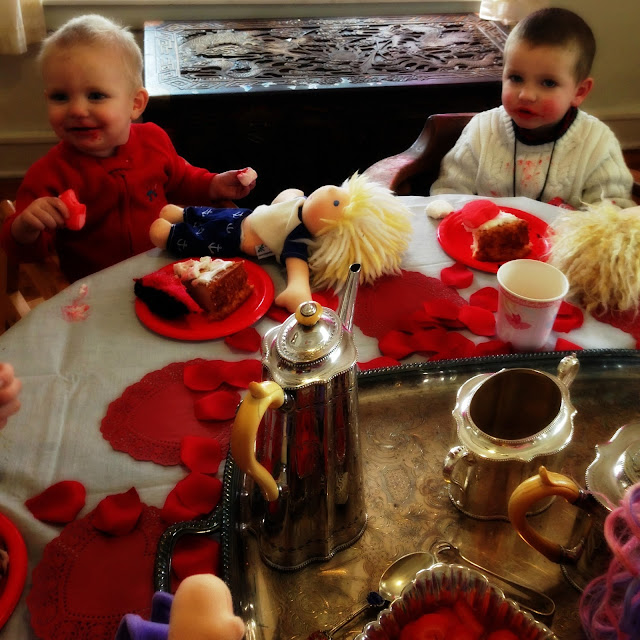 Here's Maggie convincing James that he needs help with his chocolate cake.  He didn't really mind.  He just wanted to eat all the hearts off the top of the cakes. 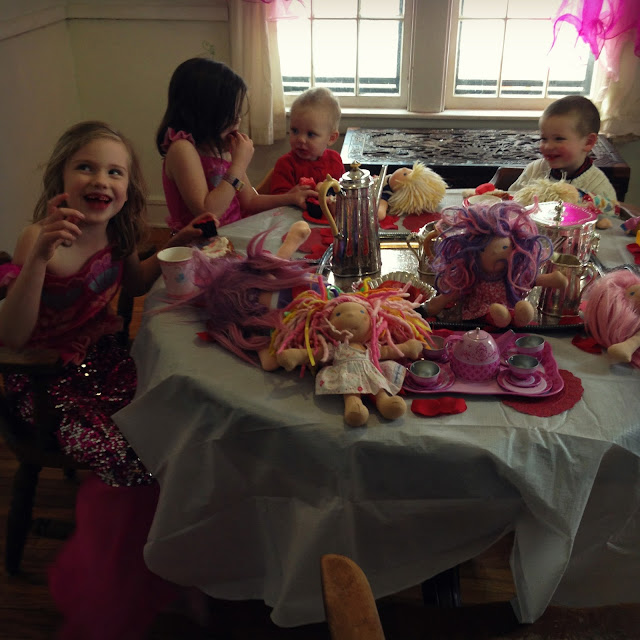 After the tea party I hosted, Sadie and Patch continued to play with her little tea set for the entire rest of the afternoon.

Patch was pretty serious about his "tea" (water). 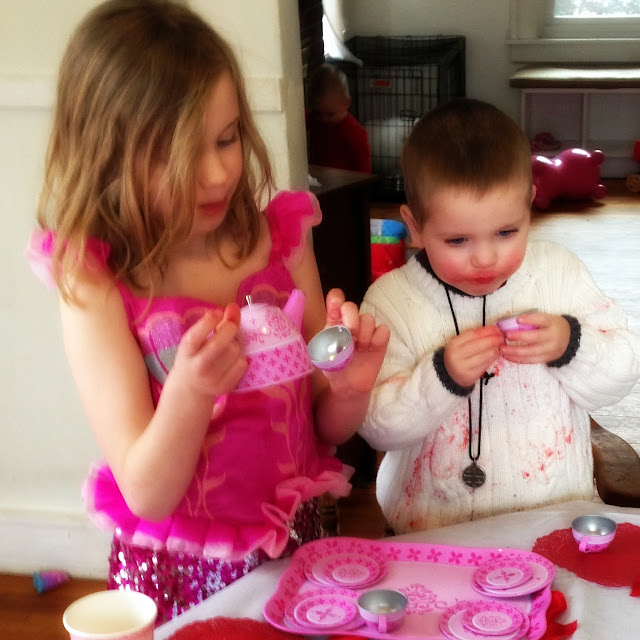 We definitely need to have fancy tea parties more often!
Posted by Cammie Diane at 9:31 PM