Soy, Dairy, Peanuts, Green Peas and Other Test Results I Did Not Want to Hear 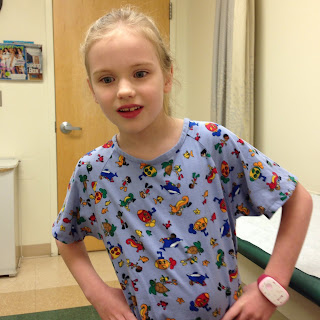 I knew that today was going to be a busy day.

I started out by making a huge mistake.  I knew that Sadie had a doctor's appointment today and I knew that it was in the afternoon.

So I got up and let Maggie take her morning mermaid bubble bath and I asked Paul to look in the planner and tell me what time the appointment was at.  He reported that it was 3:15 and I went over the day in my head.

The day was full with various therapies at 9 am, 10 am, and 2 pm.  We'd have to pick Maggie up at 12, get everyone fed, and then we'd all have to go along to her speech appointment in order to make it to Sadie's allergy appointment at 3:15.

And then I glanced at my planner and realized that I'd made one of those rare slip ups that comes every couple months when there are too many appointments and things get confused.  There, in large letters, was Sadie's 3:15, but next to it, in small letters, was her pediatrician's name.  I glanced at the top of the day and gasped.

We had missed the allergy appointment at 8:15 hours earlier.  I nearly had a panic attack.  It was actually difficult to breath.

There are three doctor's offices that would have caused the same reaction: Maggie and James' neurologist, the genetic counselor we've been waiting seven months to see, and the allergist, who in the past has had three month wait times for first appointments. 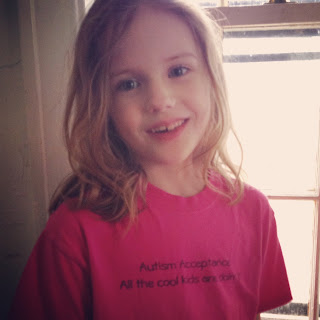 They'd squeezed us in for Sadie's first appointment and I'd missed it.

While I panicked, Paul called the office and explained what had happened.  There were too many appointments scheduled today for the kids and there'd been a mix up.

The amazing receptionist laughed and said that they could see us today at 1:30.  It would be close, getting from the 1:30 appointment on one side of town to the 3:15 (which is technically two towns away from the allergist's office) but if everything went perfectly we could make it, although Paul would be on his own taking Maggie to speech with the two boys in tow.

As a quick recap, for anyone who doesn't know our family's allergy history (since I haven't written about it much in quite a while), Maggie can't have gluten or casein or very bad things happen and she is in a huge amount of pain for weeks. Patch finally seems to be outgrowing the horrible dairy allergy that developed when he was two months old (and exclusively nursing). And Sadie was diagnosed with a wheat allergy two years ago.

James is the only officially allergy free child in the house.

So our meals already need to cater to those who can't have gluten or dairy.

But lately Sadie had been having stomach aches every single day.  Then the eczema came back.  Then the hives.  I mentioned it to her doctor and her doctor sent over a referral to Patch's allergist (Sadie's allergy had been diagnosed by her old pediatrician through a blood test).

We arrived early at the allergist's office and I explained the symptoms.  He looked back at her chart and said that the wheat reading was very low, but that it did sound like she likely had celiacs (although testing for that would be nearly impossible since it would involve her eating wheat for the month before the test, and wheat makes her incredibly sick... so that's out of the question). 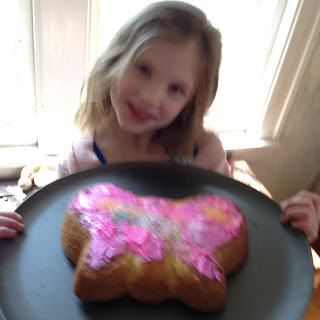 After listening to her description of her symptoms, he doubted that she had any new allergies, but he said we could test her to know for certain.

The skin prick test was applied and we waited, hoping for good news.  I kept checking her back, reminding myself from Patch's appointments that one of the results was a control poke and that that could look pretty bad.

As I watched the spots grow I wondered if each of the four areas had controls.  And did that one have two?  Or three?

These things can look worse than they are, I reminded myself, thinking of Patch's past appointments.

Then the doctor returned and jotted down the results.

She was negative for wheat, he explained, but giving her wheat now was out of the question because of her past reactions (which involve her stomach getting really, really sick).

And she had tested positive for allergies to soy, green peas, and dairy.

And the horrible looking circle on her back?  That was a very positive test for peanuts.  In fact, her test came back in the most sensitive category for peanuts.

He went on to explain that it sounds as though she has reflux too and would benefit from a low acidic diet, cutting back on juices, sodas, and caffeine (no problem), along with oranges, chocolate, and tomatoes and any other acidic foods that we eat.

He said that if she were severely allergic to pollen that could influence the results, but since her hay fever allergies seem to be mild, that didn't offer much hope. 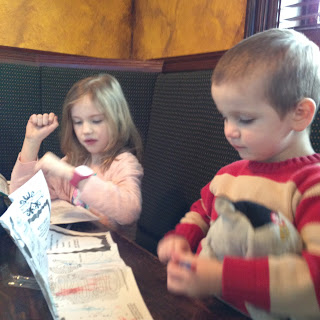 So we're totally eliminating all of the allergens for the time being and if that helps he said we may be able to test some of the positives again to see if they are making her sick.

We've done this whole allergy thing for over three years now.  We've even done an elimination diet when Patch's reactions were so severe where we eliminated all the major allergens, while we waited for his appointment (which was three months off) for testing.

I still feel horrible for her though.  And a little bit for me (if i'm totally honest)... because I love cooking with cheese and butter... and after doing these years of allergen free cooking and baking (and giving up dairy for over a year when I was nursing Patch), dairy is the hardest for me to avoid using.

And because I I know this means far more cooking from scratch again... which is hard when you're juggling 50-some doctor and therapy appointments every month.  The goal to make the schedule doable on a daily basis, was one meal from scratch, one breakfast meal that was simple and allergy friendly, and one meal using those awesome g.f. options from Aldi... and that will be more difficult now.

Hopefully though it will mean an end all the allergy problems we've been seeing, and that we'll be avoiding altogether whatever might have happened if we hadn't found out about the peanut allergy, since the test results severity is rather frightening (even as a mom with an epi pen in every bag).

And maybe this will mean more allergy friendly recipes popping up again here in the near future.

If I can find the time to sit down and jot them down with all the baking and cooking from scratch that's going to have to happen!
Posted by Cammie Diane at 9:12 PM