Introducing the Newest Member of the Family...

The baby is, at the moment, still staying put.  However our family did grow a tiny bit today.

A few weeks ago, after a series of days that felt like minor (and not so minor) disasters, Paul was dropping Maggie off at therapy when he texted me and asked me if we could get a puppy.

I said of course not.  But, then I agreed to go see the puppies.  I knew I wouldn't be tempted to take one home.  The puppies were chiuahuas and I'd never thought chiuahuas were all that cute.  And then I saw them.  And they were darling.

Today that little puppy that Paul and the kids picked out a month ago was big enough to come home.  Paul picked out the name (which has a long story behind it) and called him Tony Pena.

And so he accompanied us all over town today while we were doing major moving errands and anytime anyone got fussy I only had to show them little Tony and they were immediately happy again. 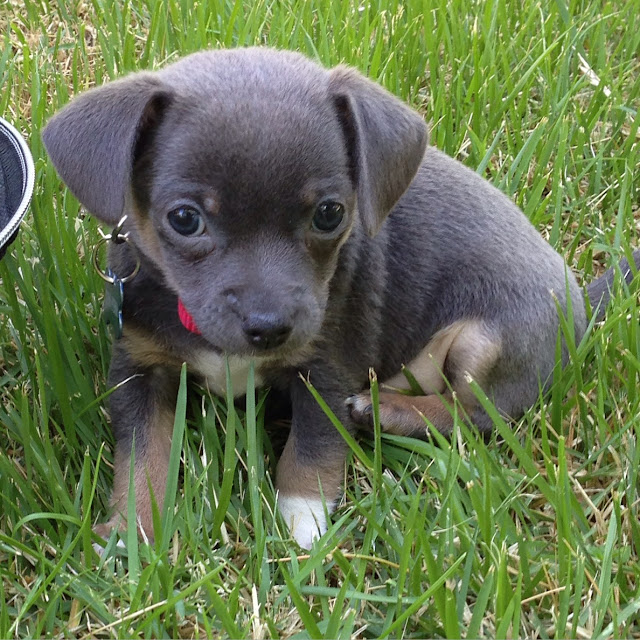 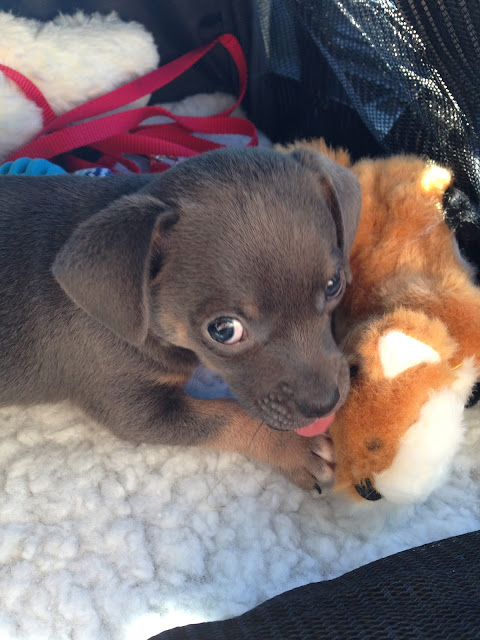 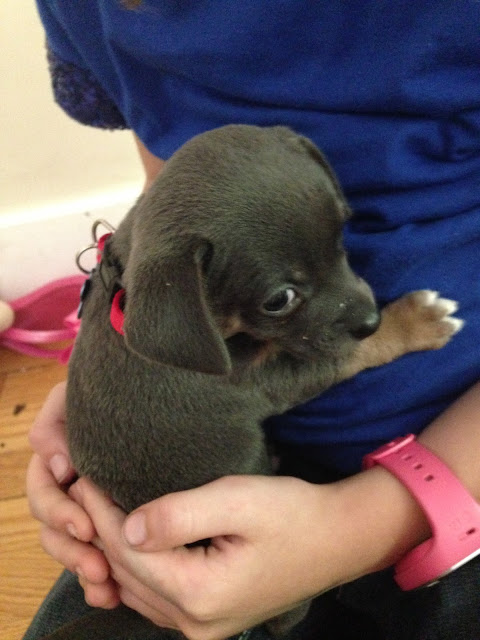 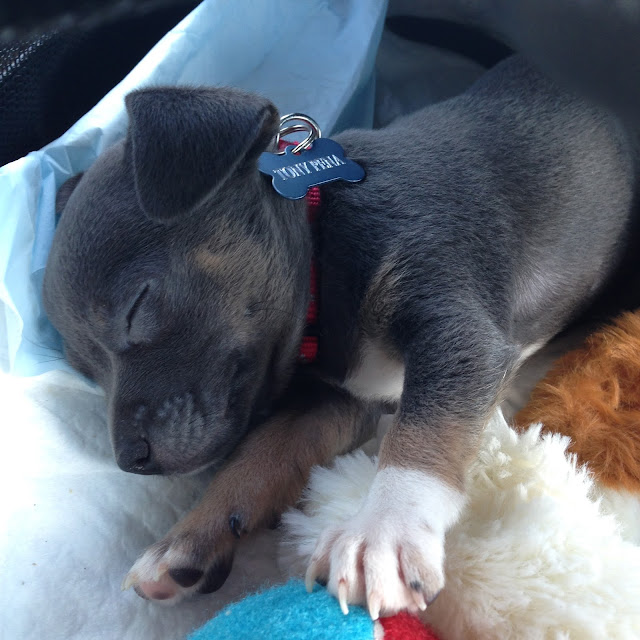 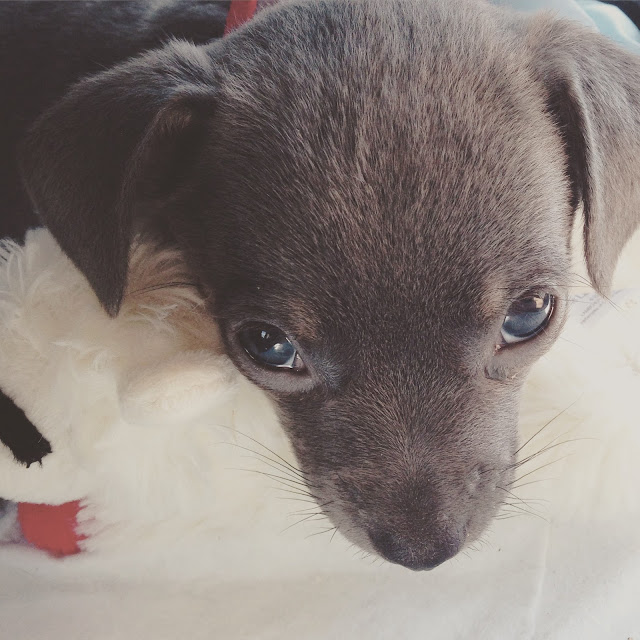 And Lily has met him and seemed to think that he was kind of interesting for about thirty seconds before she moved on with her day. 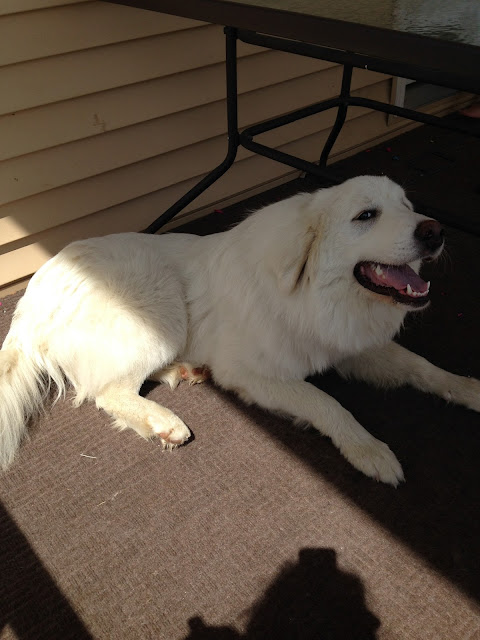 Kittyfish, on the other hand, thought that he was very, very interesting, and will only be having super supervised visits with the puppy until he's a little bit older.  Because I've seen that mouser look before and I don't trust it one bit! 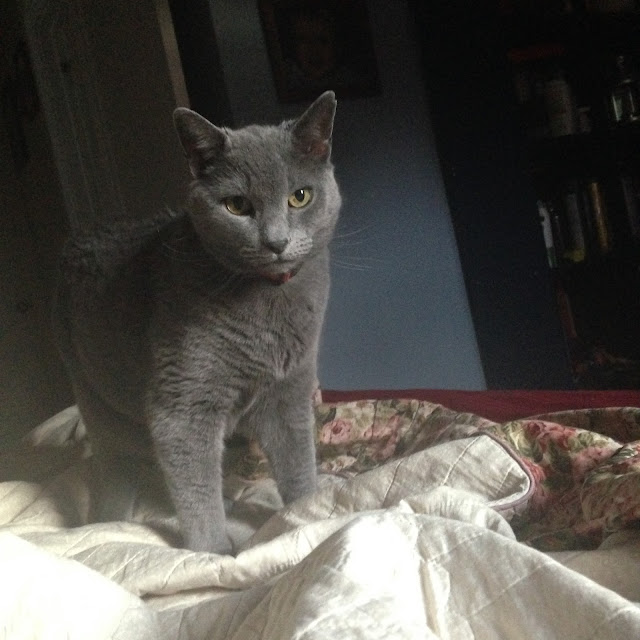 Email ThisBlogThis!Share to TwitterShare to FacebookShare to Pinterest
Labels: Pets