Sadie turned eight yesterday and was up bright and early to celebrate her big day.  Which began with presents: 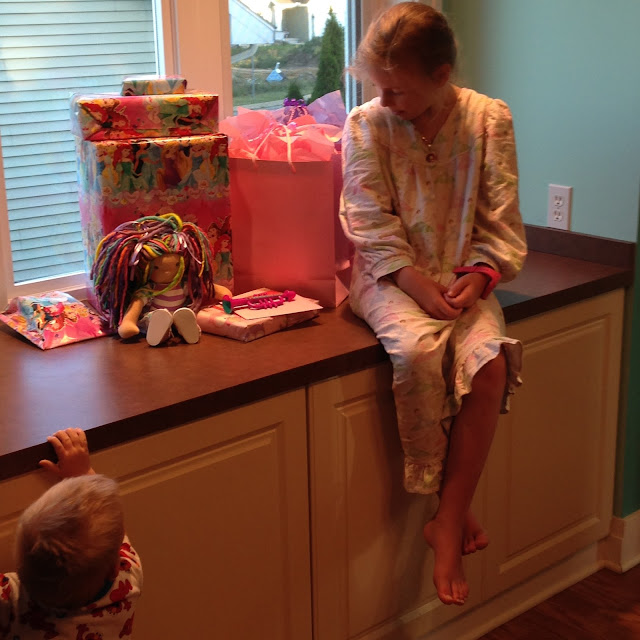 Then it was off to an activity that she'd been impatiently waiting for in the morning, while Mae went to therapy for the half day: 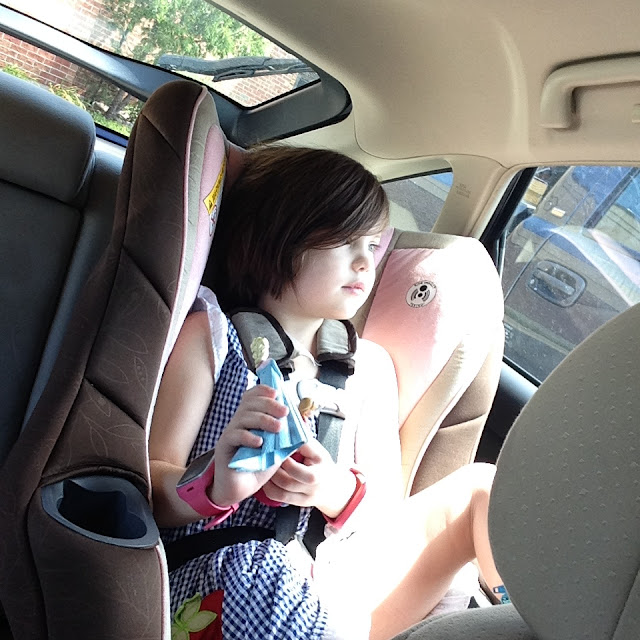 But by lunch time we were all back together.  Sadie had picked one of the most allergy friendly places that we know of for her birthday lunch (Red Robin). 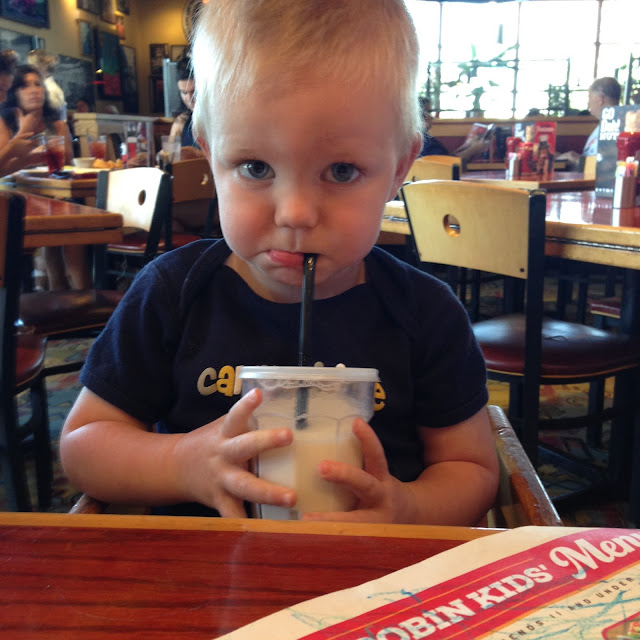 Sadie had very carefully mapped out her entire birthday, so we all knew that after lunch we were headed to Coldstone for sorbet. 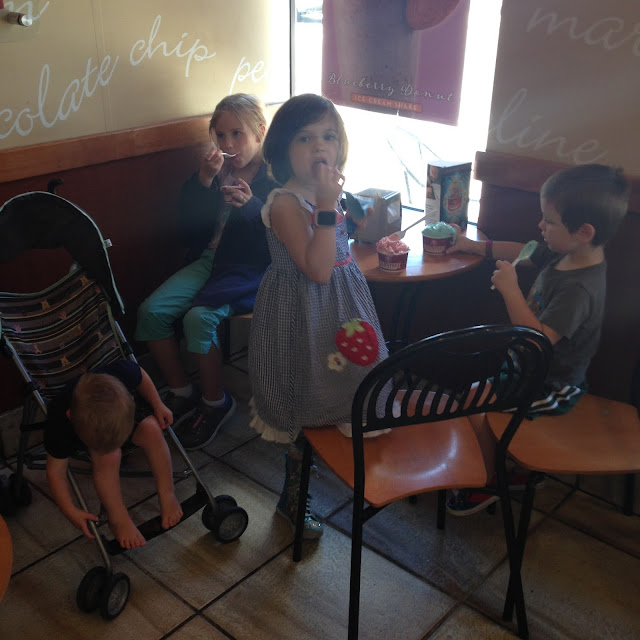 Next up was a trip to the zoo, which has become a huge part of each years' birthdays, at the kids' requests. 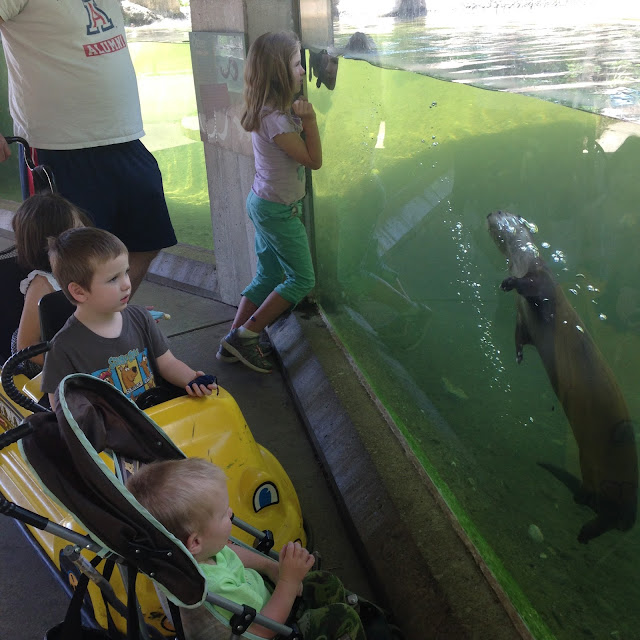 Everyone wanted to ride the ponies: 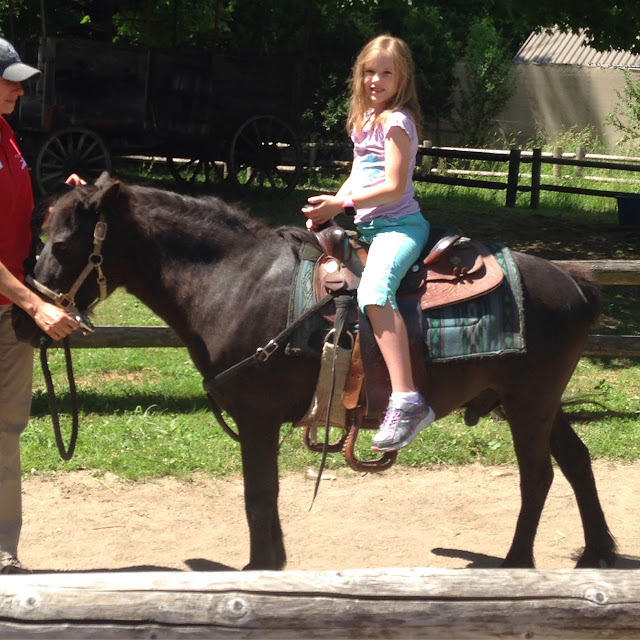 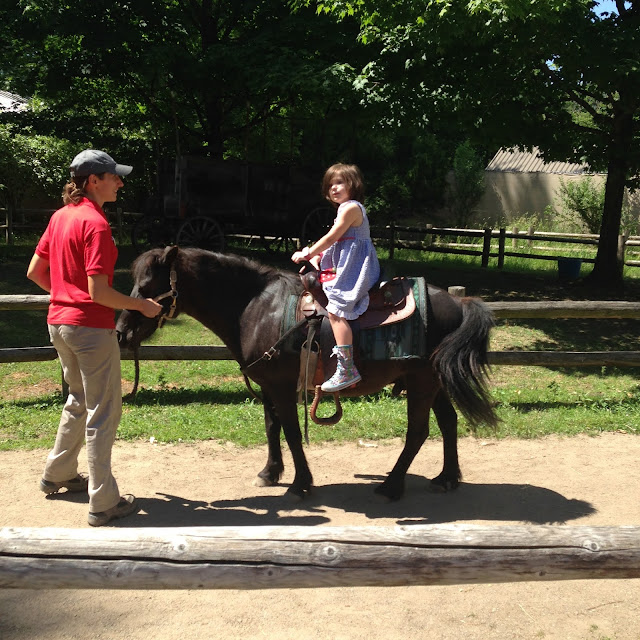 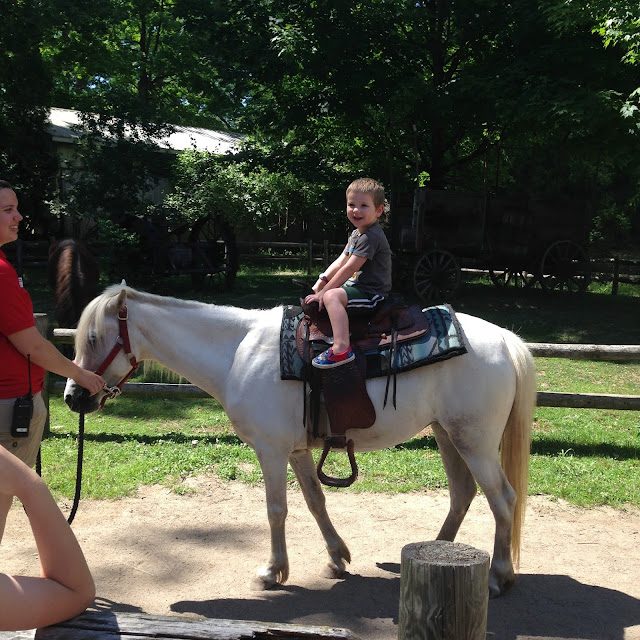 Well, almost everyone.  James was pretty upset to even be near the pony.  We'd been worried he'd be upset if he didn't get to ride one too. 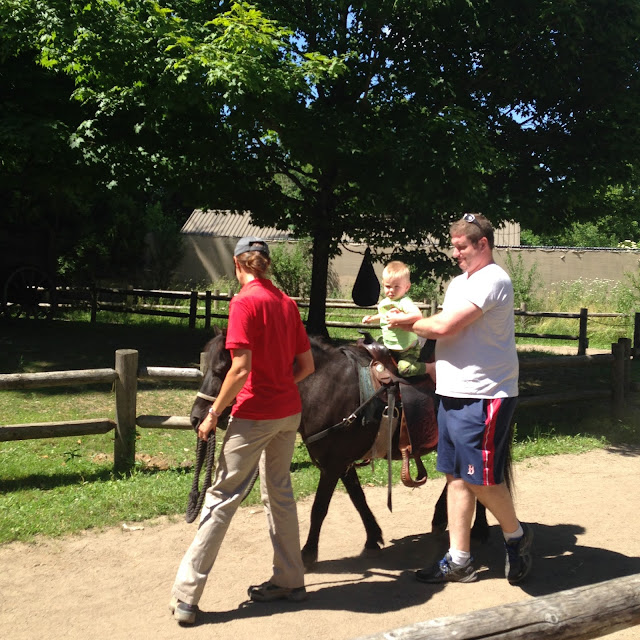 Only Sadie rode a camel though.  Although she was super disappointed that it was a Dromedary Camel and not a Bactrian Camel.  The other day we were at the zoo for a quick visit and saw that they had a Bactrian Camel with a saddle on (which she's been hoping begging to ride for years) so her hopes were pretty high.  But she still had fun. 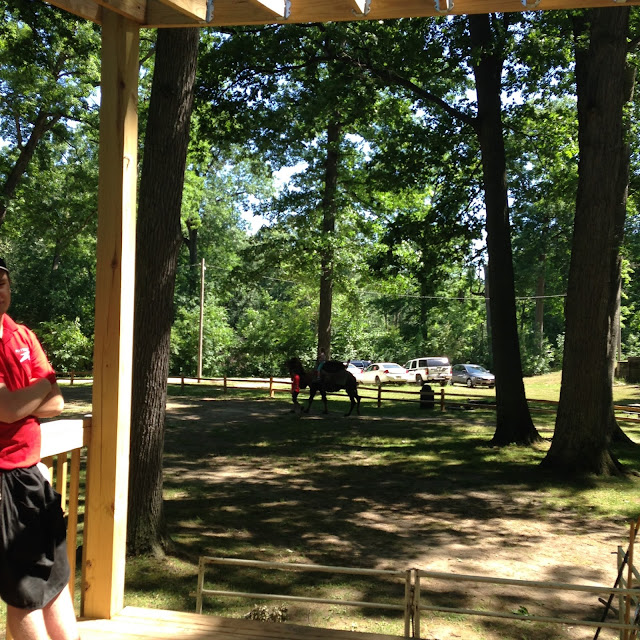 Bouncing may have been her favorite part of the day: 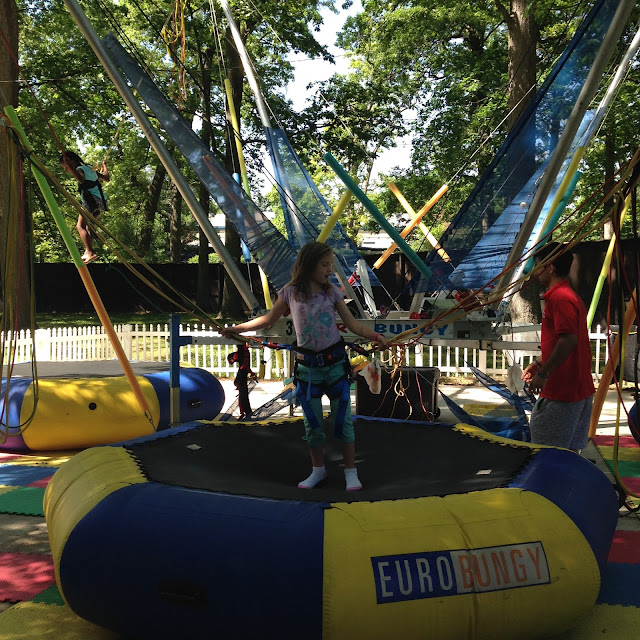 Then we came home and had the gluten free, dairy free, peanut free, soy free, green pea free cake I'd managed to make: 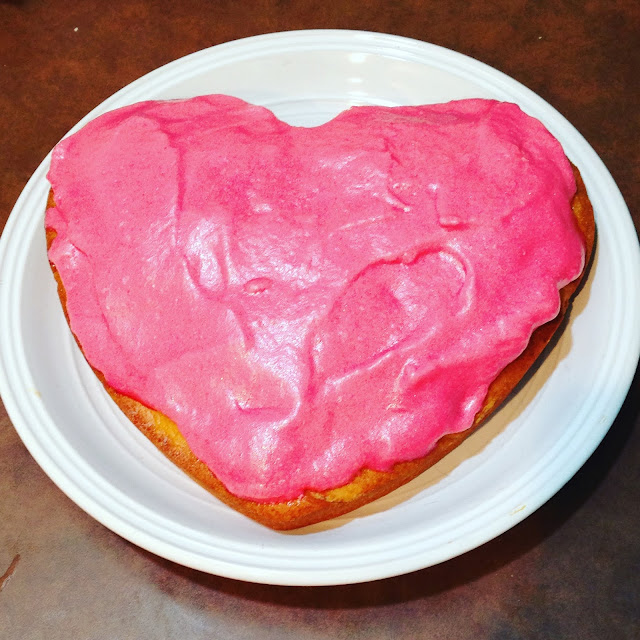 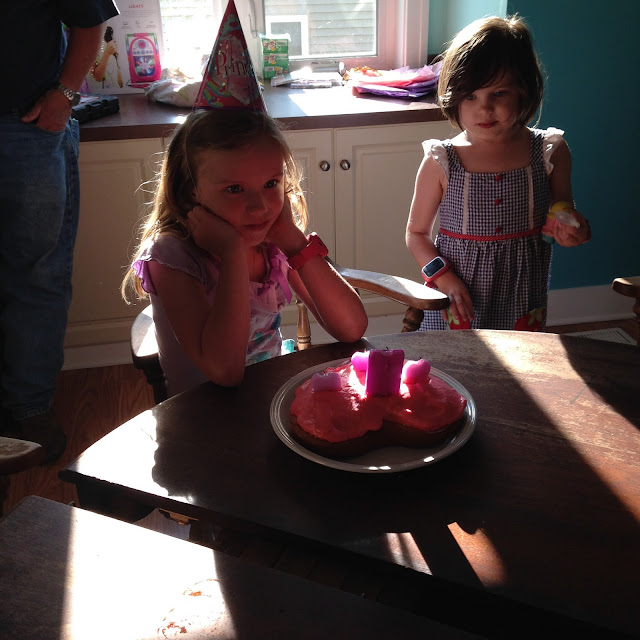 And after dinner it was time for a bike ride. 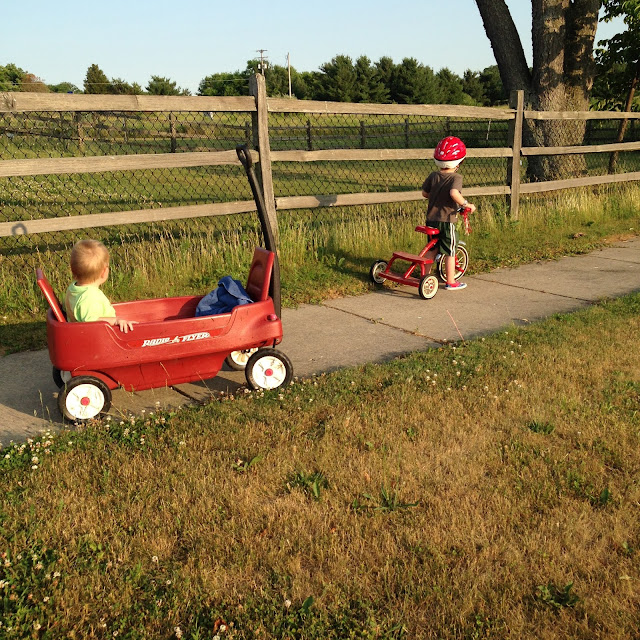 And Sadie started learning how to ride a bike.  Both girls got to pick out bikes and helmets for their birthdays and it was so fun to see what they decided on. 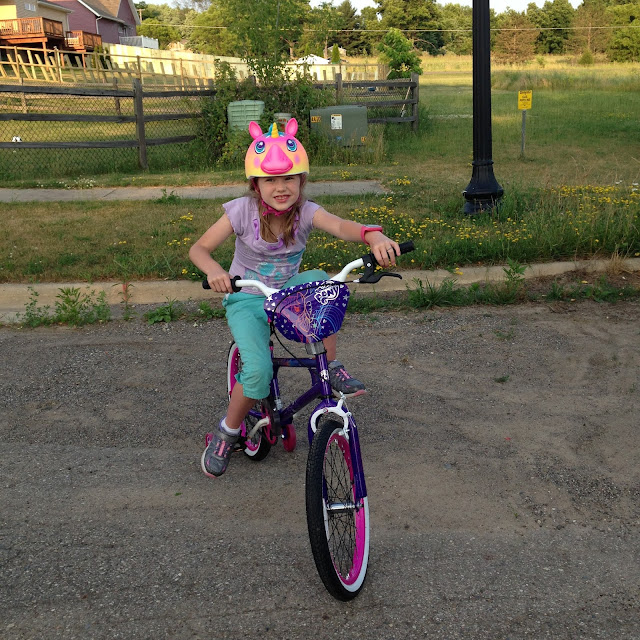 As did Maggie.  It took Maggie all of five minutes to figure out how to speed up and stop suddenly on her own.  I know I shouldn't be surprised, but I still was. 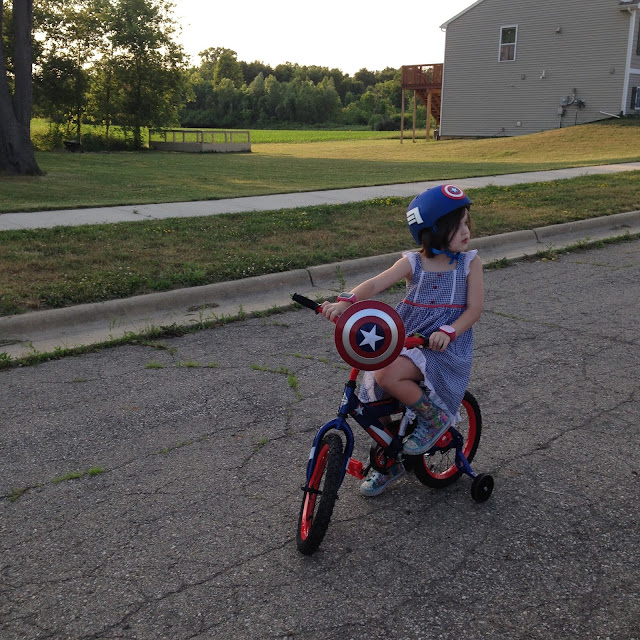 And of course, at 38 1/2 weeks I'm still hanging out here with this baby, which my doctor estimates is "not going to be a little baby..."

I actually tend to think this baby does feel smaller to me... but I'd be surprised if we made it all the way down into the 7 lb range this time. 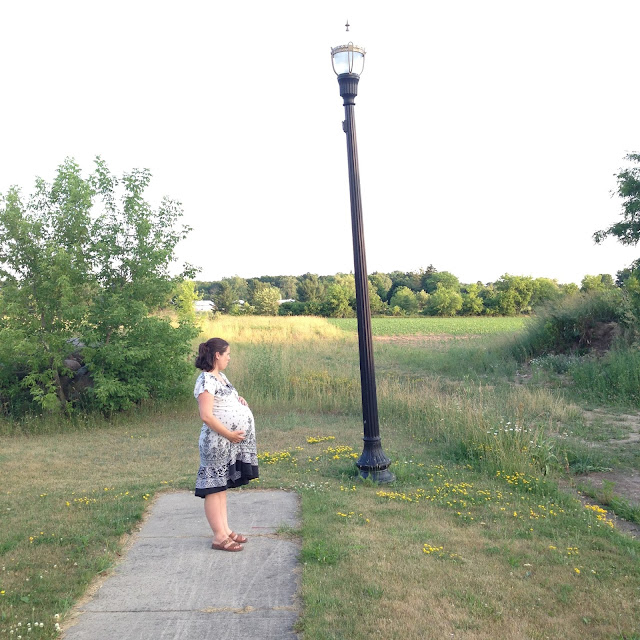 Email ThisBlogThis!Share to TwitterShare to FacebookShare to Pinterest
Labels: Birthdays