Shopping May Have Just Gotten A Little More Difficult

So here's the story.

For our first two girls when we went to the store when they were small, they just wouldn't ask for things. Ever. It just didn't seem to occur to them that it was possible, even when they were asked what they wanted (and it would make parenting Patrick, the child who commercials were made for, kind of a shock to the system).

It was not what I expected parenting to be like.

Where were those epic tantrums in the toy or candy aisles?

Okay I wasn't really asking that question. Because we were still in a world where sensory meltdowns were a distinct possibility, just not usually in the grocery store.

My worries were usually more along the lines of her eloping across the parking lot if I didn't get her into her car seat fast enough. 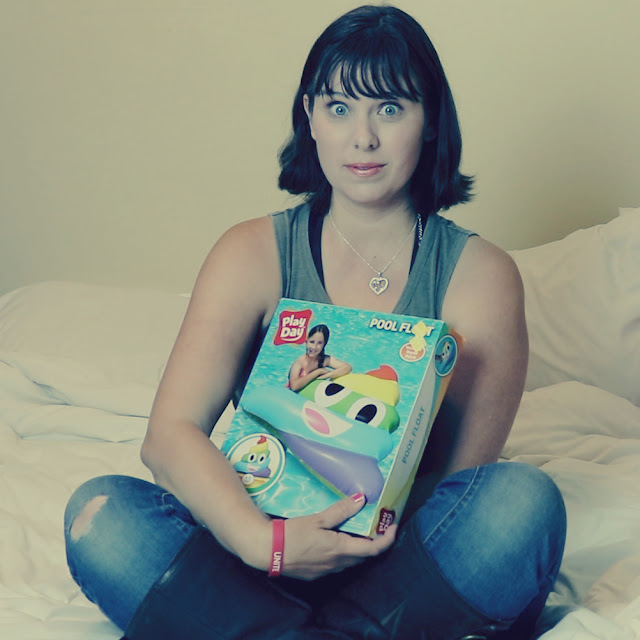 So when Maggie has asked for something I have said yes. Every time.

This is because it is an extremely rare event and I wanted to encourage her to ask me for what she wanted in stores more than once a year.

When I started making this video I was talking about how happy I was that she asked for this really silly pool float that she saw and about how she said "Need it! NEED it." in a very passionate, very serious tone.

And then before I could edit the video we went shopping again, because Patrick had money from taking care of some cats burning a hole in his pocket and was he was dying to visit the toy section in Walmart, when suddenly several years of practicing asking for things just about every day clicked into place.

It is one thing to ask for things in therapy, but that doesn't always "generalize" or cross over into everyday life quickly or easily.

Yesterday it did when Mae suddenly started asking for everything in the store from soup to cheese puffs to mermaid dolls to Minnie Mouse. She wanted everything she laid eyes on after never really seeming to have noticed it before.

And suddenly I found myself saying no a whole lot.

And it was wonderful and stressful at the exact same time, as some milestones just happen to be.

I think shopping may have just got a little more difficult though.