Last night we started singing a little song to Maggie about how she wouldn't be four in the morning, she'd be five.  Her eyes danced and she laughed as we sang, and she even ran over to dance with Patch and Sadie around the kitchen.
After we went to bed my dad asked if I thought she'd remember it was her birthday first thing in the morning.
At 5:20 am this morning it was pretty clear that she did:﻿ 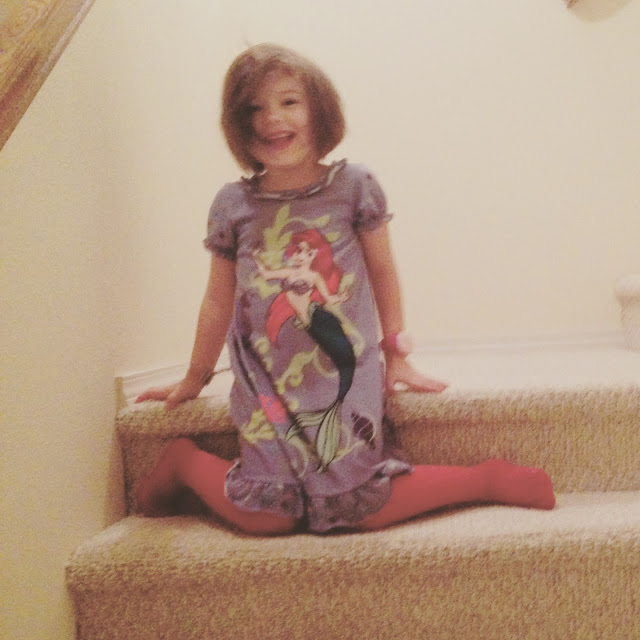 She raced downstairs and opened her presents: 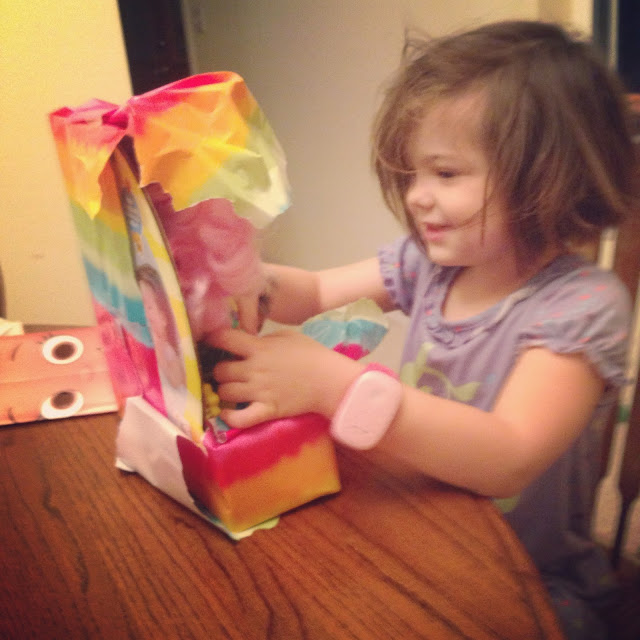 Patch was ridiculously excited about a little packet of plastic animals from the dollar section at Target. 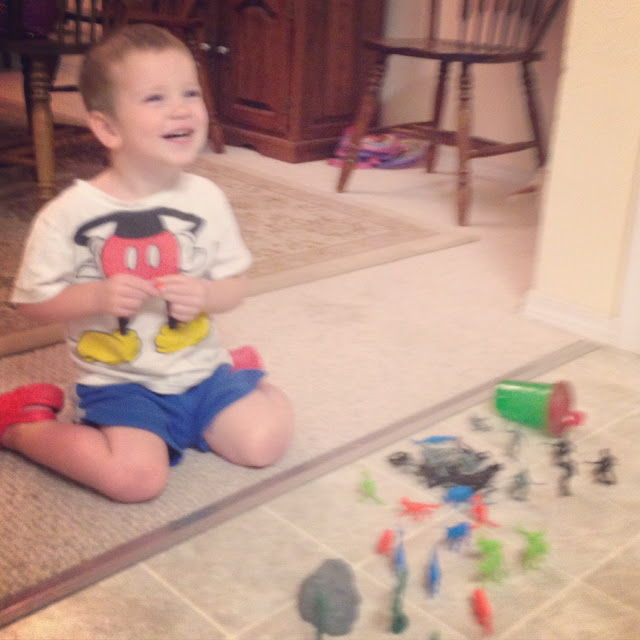 And even James got in on the fun, dressing up with his older siblings. 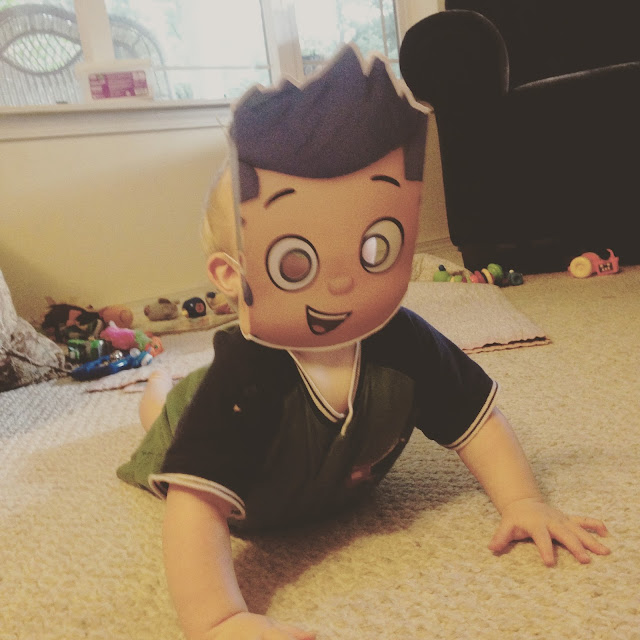 Maggie's birthday, as you might have guessed, had a mermaid theme. 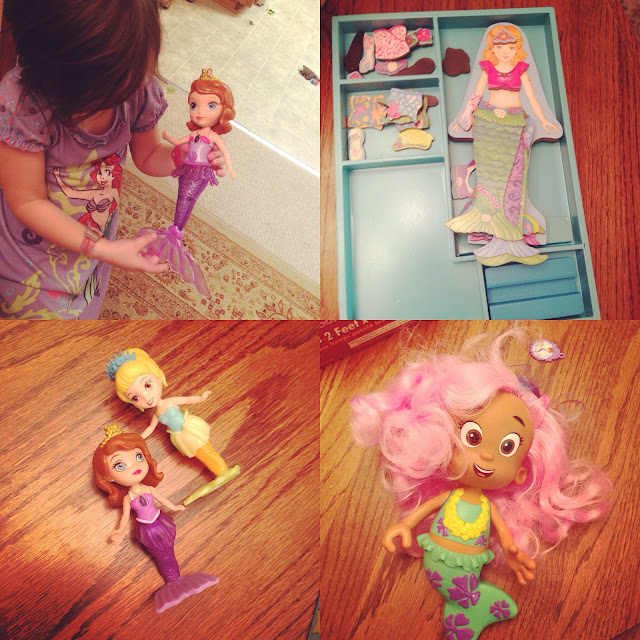 Once the sun came up it was time to go outside and play in the pool with her new mermaids.

It was quite the task getting her to wait until 8 am to head outdoors. 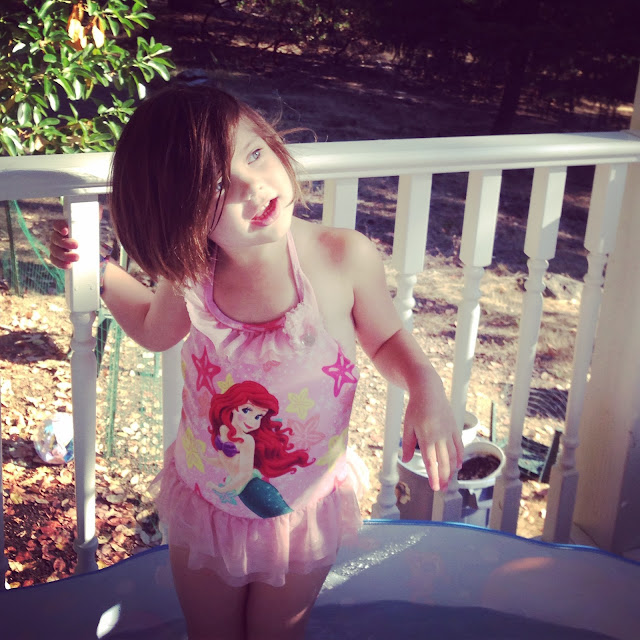 The balloons were a big hit with all of the kids. 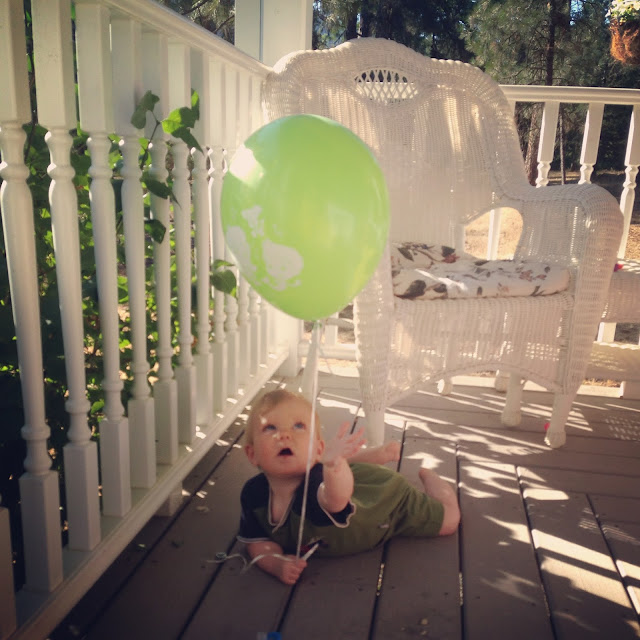 And Maggie enjoyed the mermaid-ness of it all. 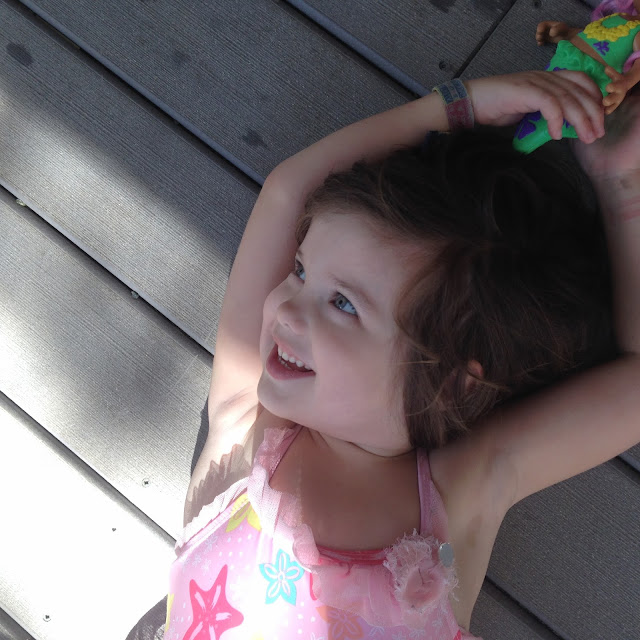 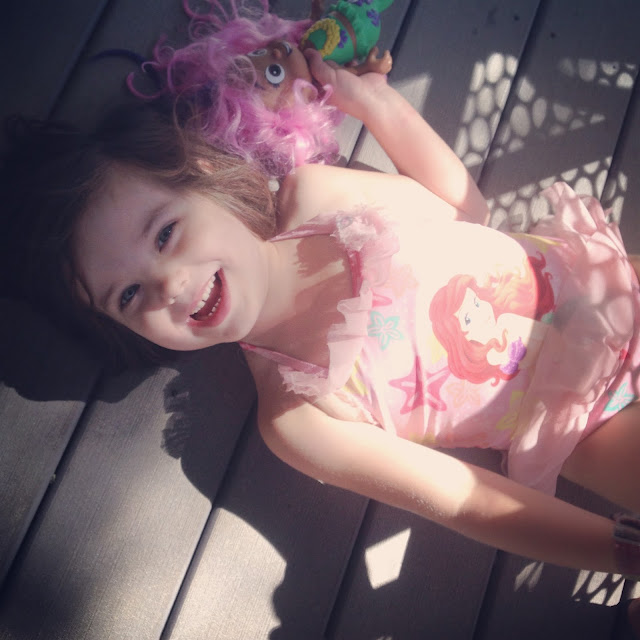 While they had played and Nani had watched them I'd headed inside to decorate the cake I baked last night and to bake a pizza for lunch.  When Maggie came back inside she tried on her new dress: 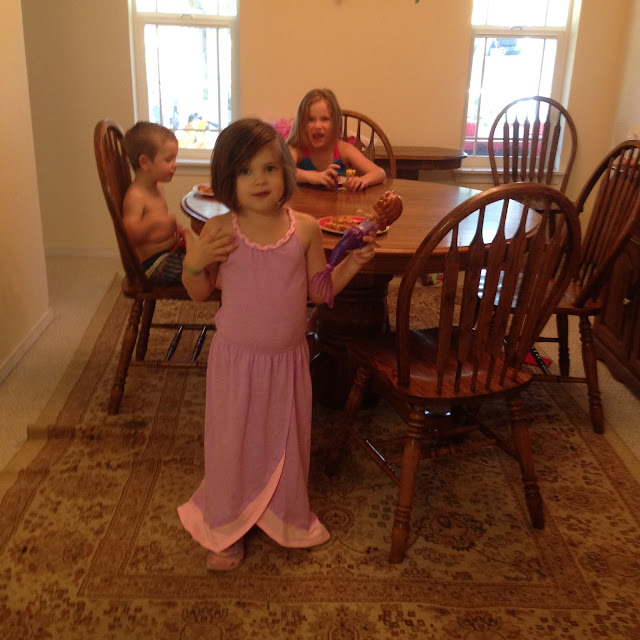 After a quick lunch we headed into town for the parade: 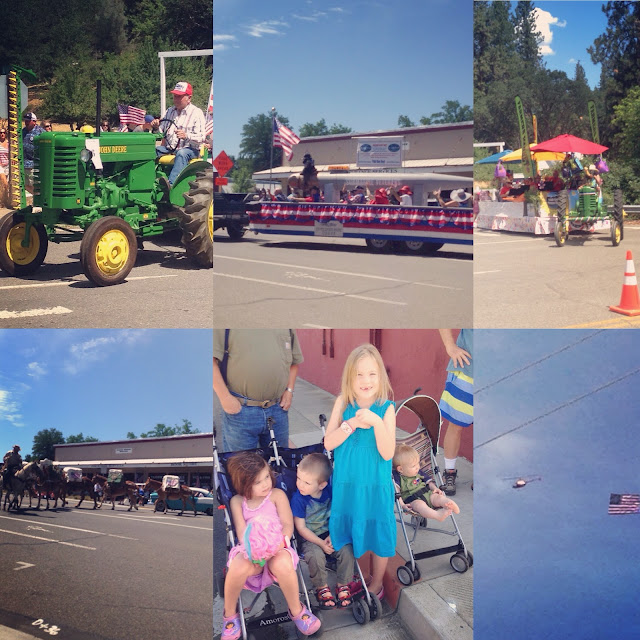 Patch was incredibly excited about the helicopter that kept passing overhead, towing a flag behind it. 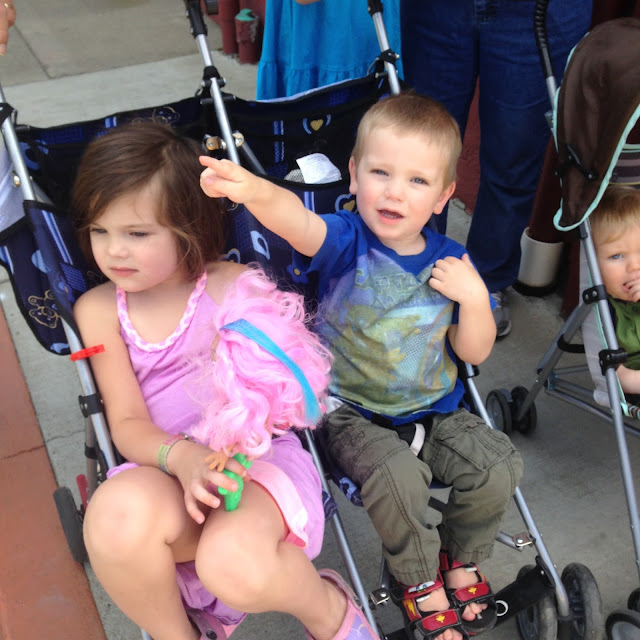 I captured a rare picture where Sadie wasn't making a face (which she thinks is hilarious at the moment): 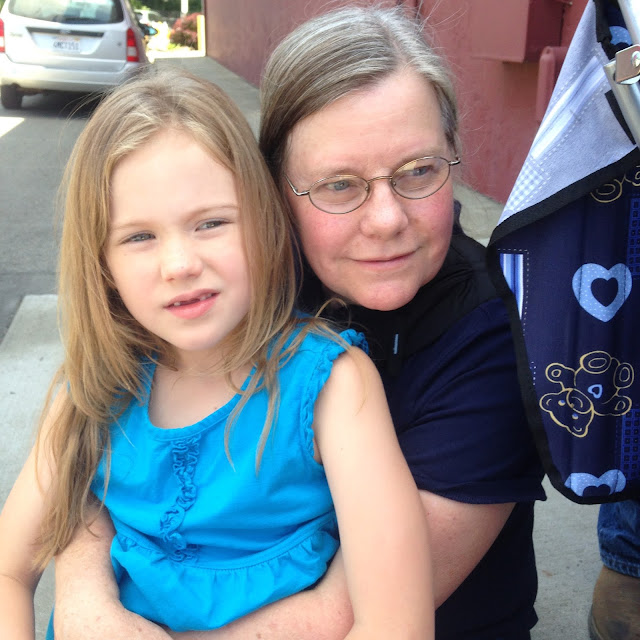 And the parade continued to roll on past us: 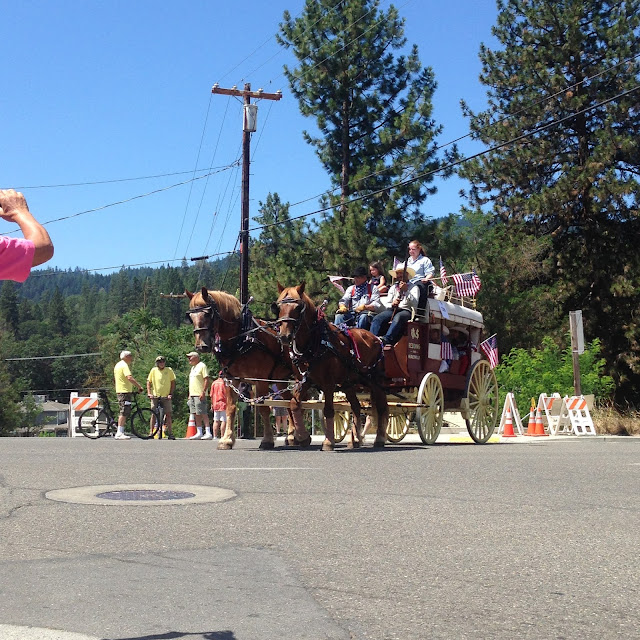 Everyone had a good time:﻿ 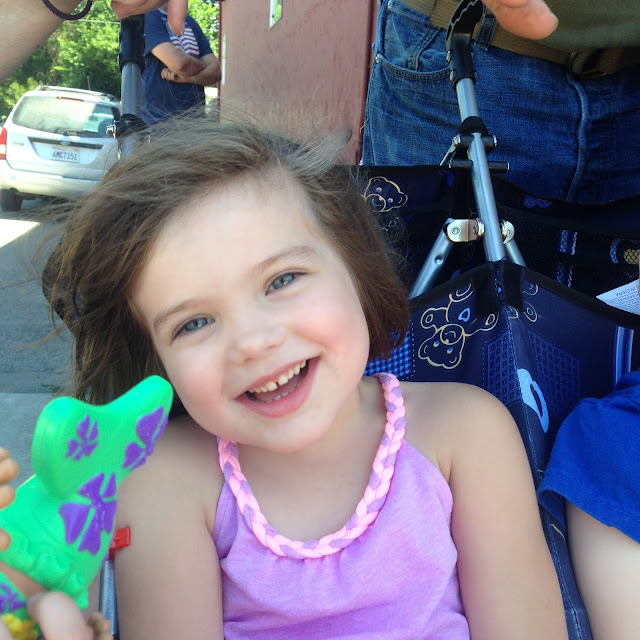 Except James who didn't cry, but definitely wasn't all that impressed: 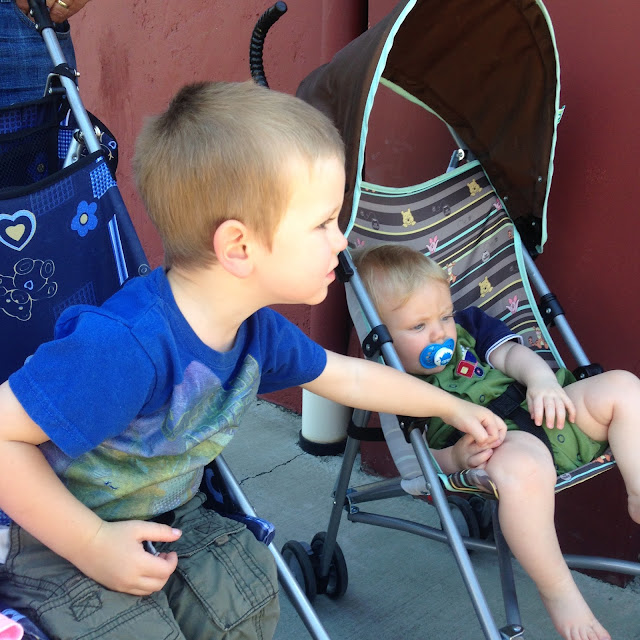 After the parade we headed home for a Bubble Guppies themed cake: 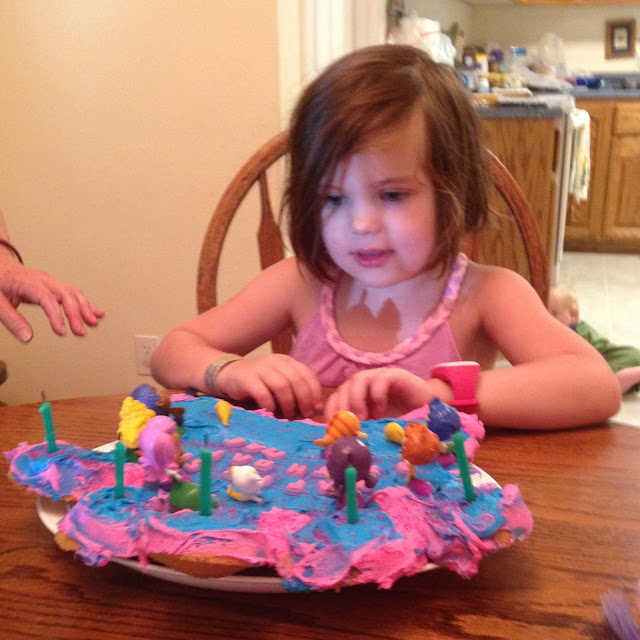 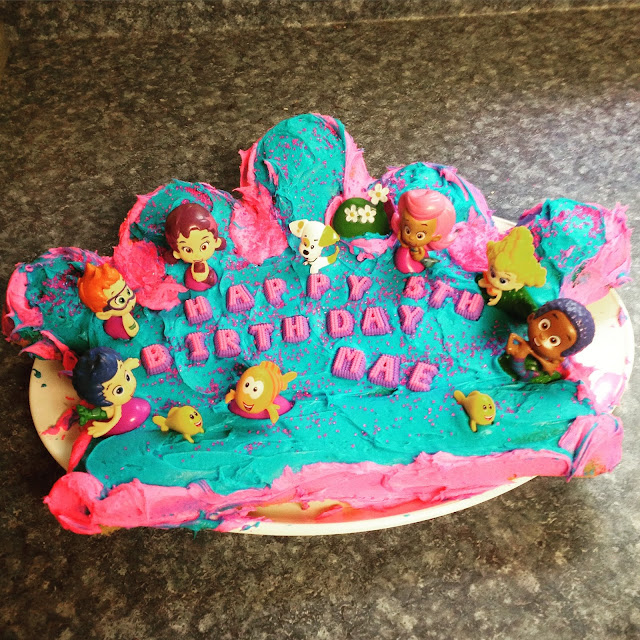 Once the kids were loaded up on sugar we headed outside for... more sugar.  In the form of popsicles. 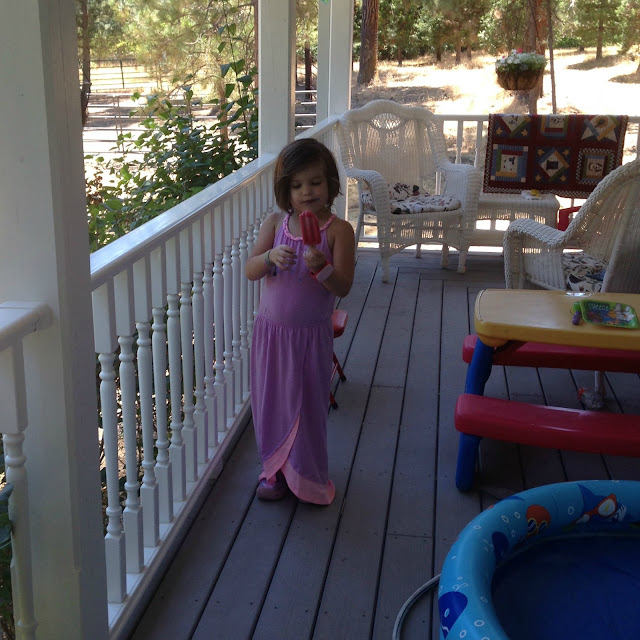 They spent the afternoon playing in the pool and running around outside and then my grandparents and aunt, who's visiting, came over and we had lunch on the deck followed by... cupcakes!﻿ 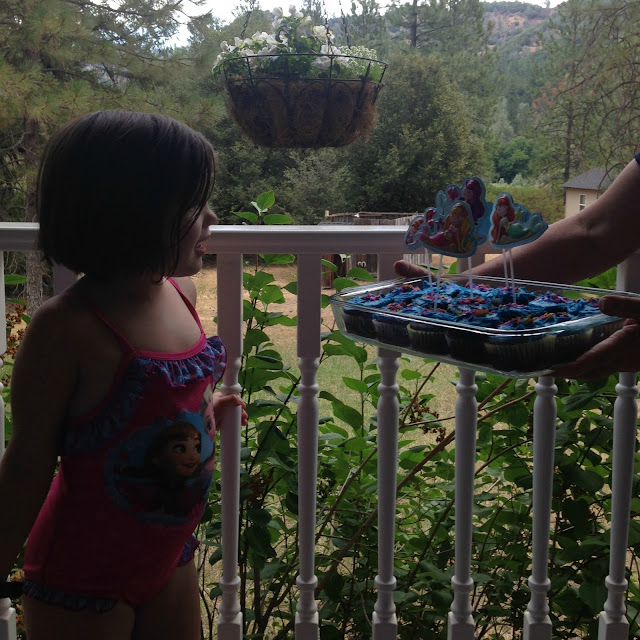 James was desperate for a cupcake.  So I let him have one: 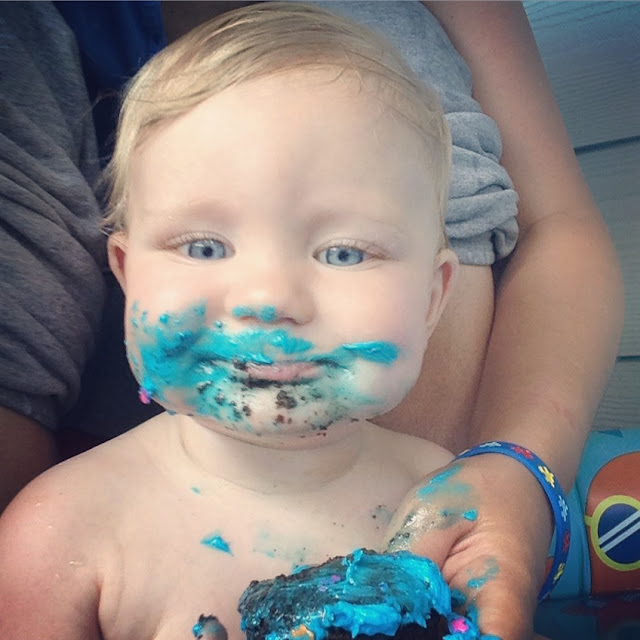 I'm not sure if it was as wonderful as he imagined it was going to be: 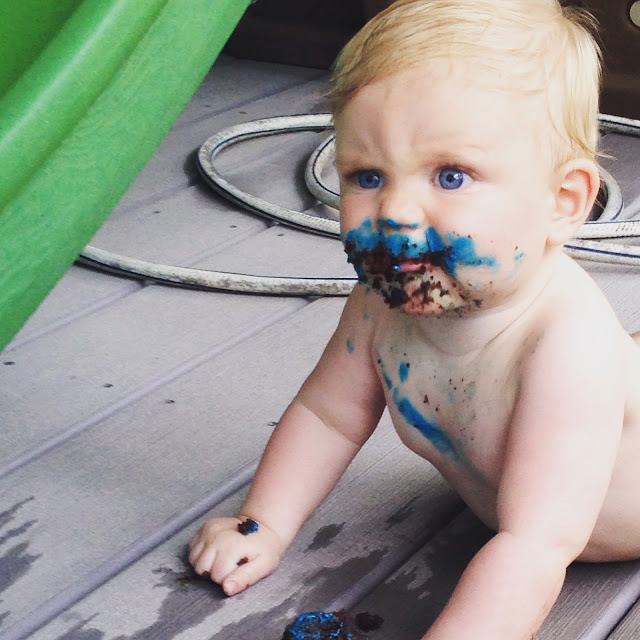 When the cupcakes were finished and everyone was cleaned up we headed inside: 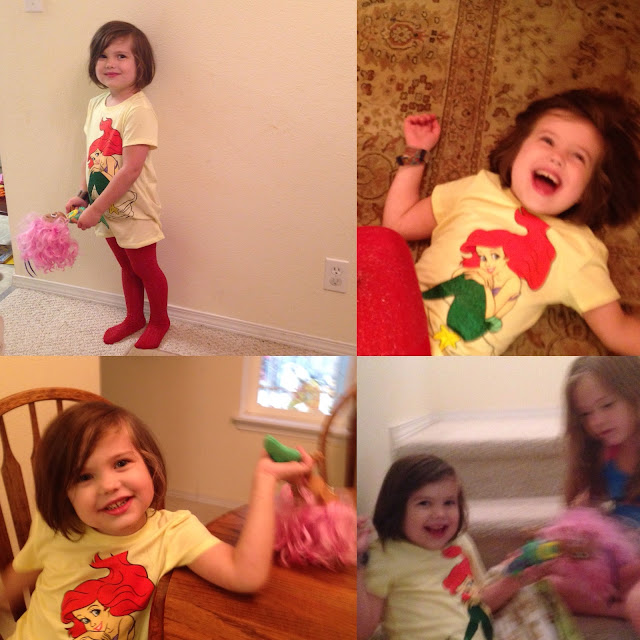 And after a long, very exciting day, our little 5 year old drifted off to sleep: 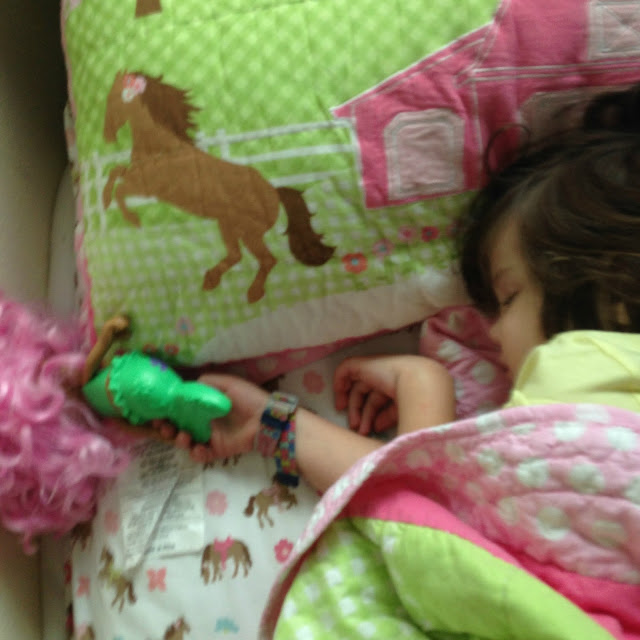 And I still can't believe that she's already five.
Posted by Cammie Diane at 12:12 AM