Patch and the Mouse 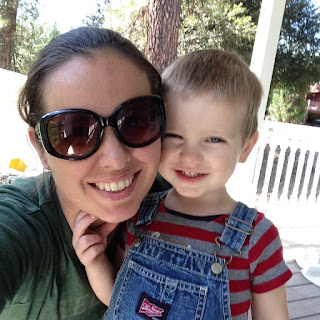 I may have mentioned during our cross country drive, that Patch has developed an extreme fear of Mickey Mouse.

It happened when we were stopping for the night in Iowa, and we were trying to convince Patch and Maggie to stay in their beds, when they really just wanted to bounce off the walls even though it was way past bedtime.

The TV came on and there was a close up of Mickey Mouse saying hello and suddenly Patch ran from the room screaming.  He hid by the sink saying "mouse, mouse" and had to be coaxed to come back out (with the TV off).

I wasn't thrilled with his sudden fear of "the Mouse" mostly because I packed a modest amount of clothing for each child, and because of a super sale at a children's store a while back, and because Patch loved Mickey Mouse up until that moment (he fondly called him "Guy" before the incident in which he became "Mouse!"), roughly half of the shirts I'd brought for him had Mickey Mouse on them.

Over the last month, almost any time he's seen even a shadow of mouse ears (except on the shirts, which are thankfully somehow okay), he's turned and run from the room.

However in the last few days the Mouse phobia has taken a turn.  Patch has started bringing me anything that he might imagine is a phone and putting it in my hand.  Then he pushes it up to my ear and says "Mouse."

The following conversation, which he wants repeated exactly, has occurred dozens and dozens of times (I wish that was an exaggeration): 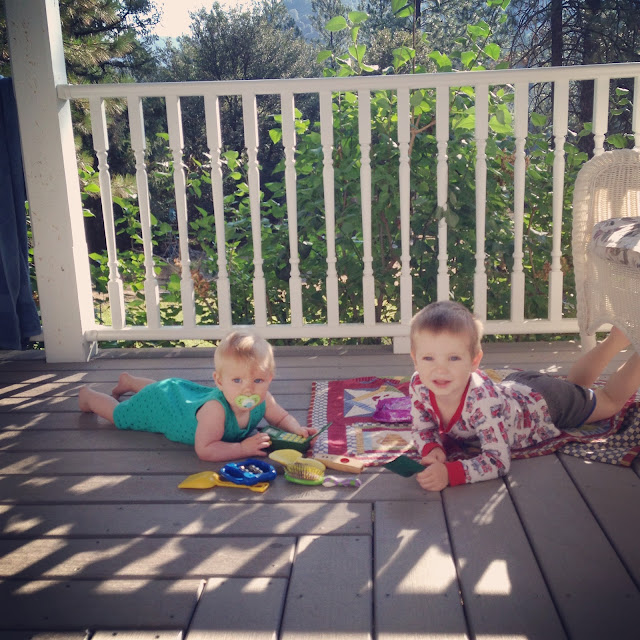 And then he smiles contently and laughs to himself and goes back to whatever he's doing.

Until tonight when he brought me my phone and demanded to see Mickey Mouse on it and then proceeded to sit down and watch an old episode of Mickey Mouse (the Three Muskateers one) on my phone.  I finally had to steal back my phone and insist that it was actually bedtime, since he very much seemed to be planning on watching the entire thing.

And now I'm hoping that this means that if he sees a picture of Mickey Mouse somewhere when we're out and about, he doesn't totally freak out...  because you never realize how often you see depictions of Mickey Mouse until you have a child who is terrified of him.
Posted by Cammie Diane at 1:13 AM