{phfr}: A Trip to the Zoo and Ocean

And here are some of my favorite pictures we snapped along the way:

Sadie had a blast in the little splash area at the park: 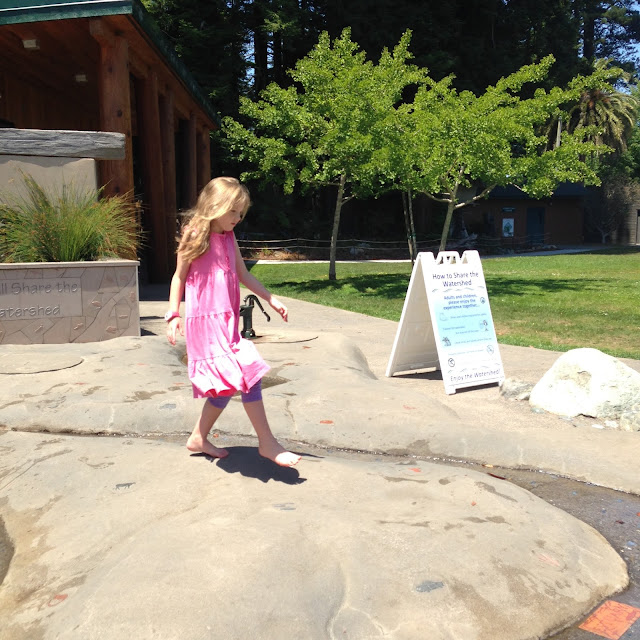 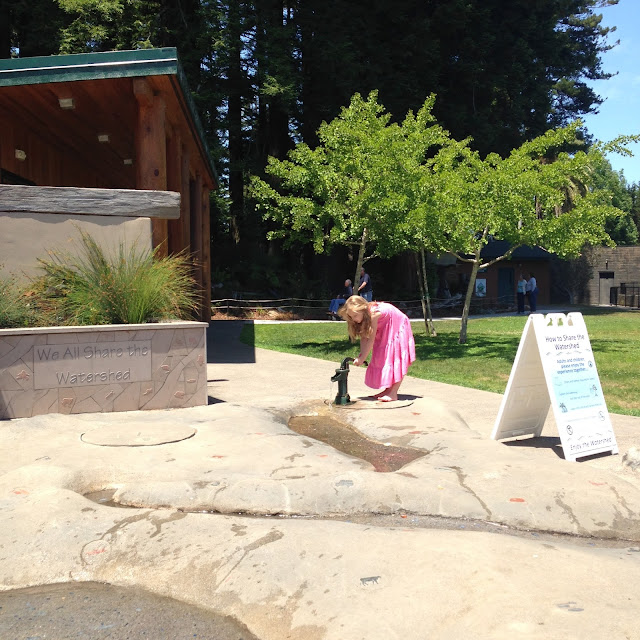 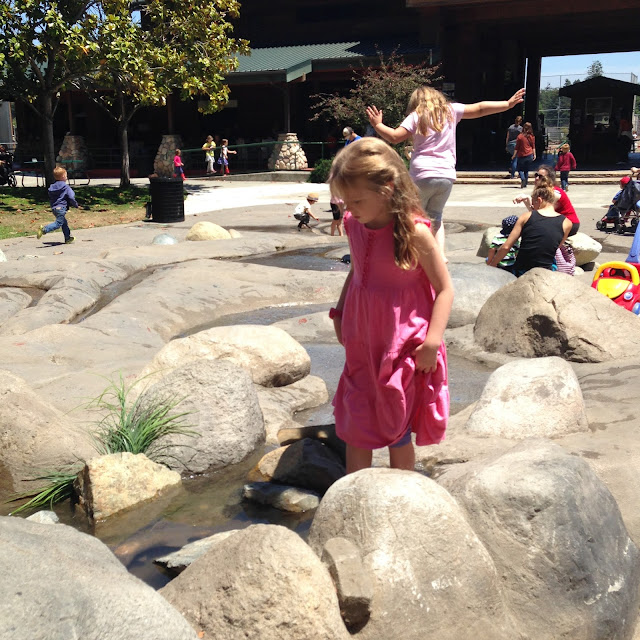 This little room in the barnyard area was definitely a highlight.  There was a statue of a goat that you could pretend to milk, a horse to ride and a tractor to sit on: 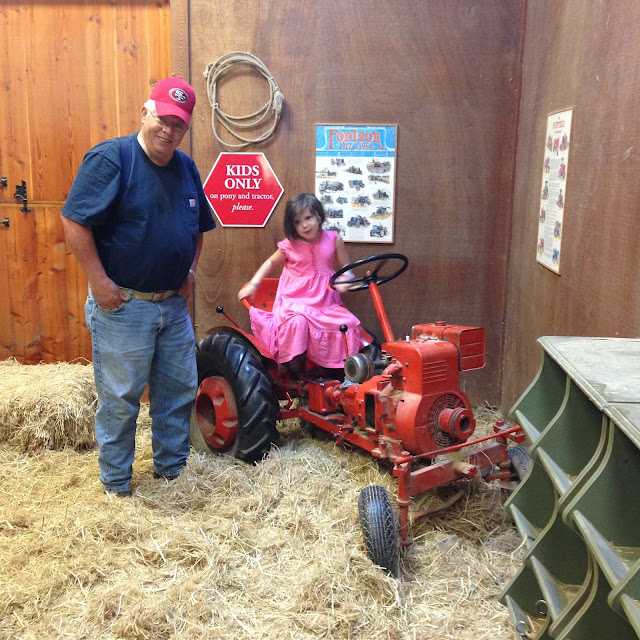 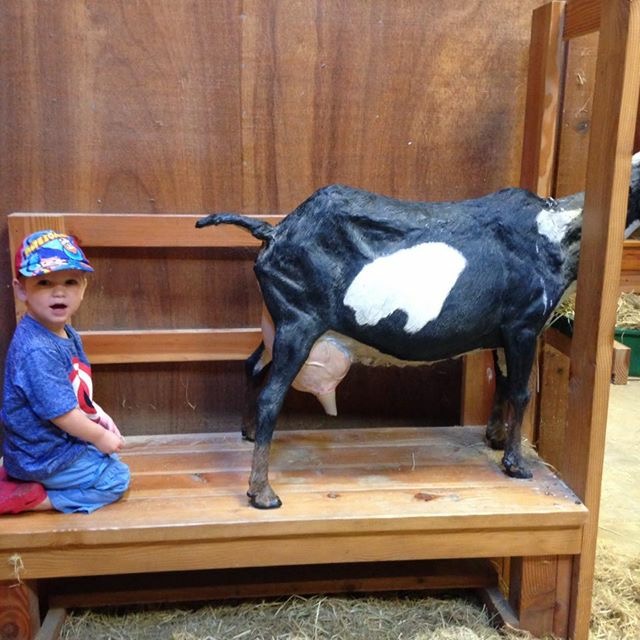 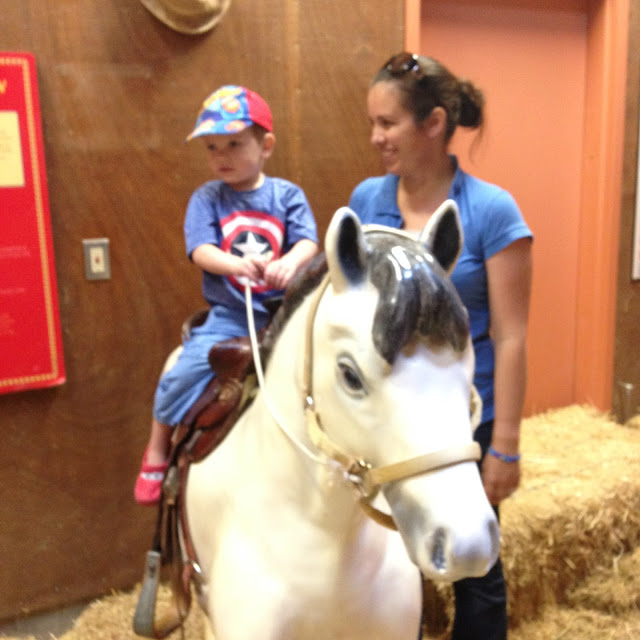 Then the girls pretended to be spiders on a giant web (which was right up Maggie's alley): 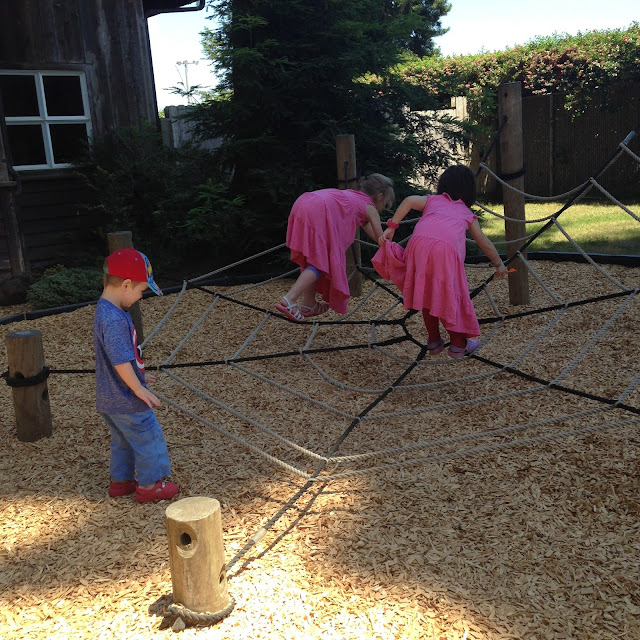 And then it was on to the petting zoo, which was, without a doubt, the highlight of the trip: 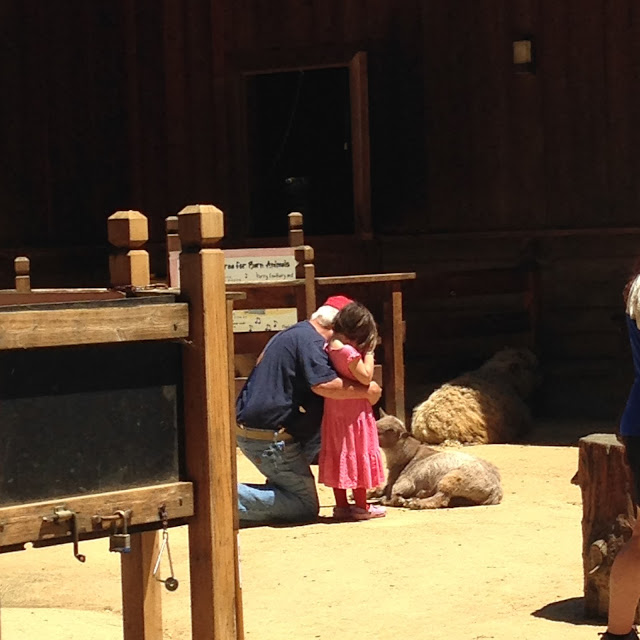 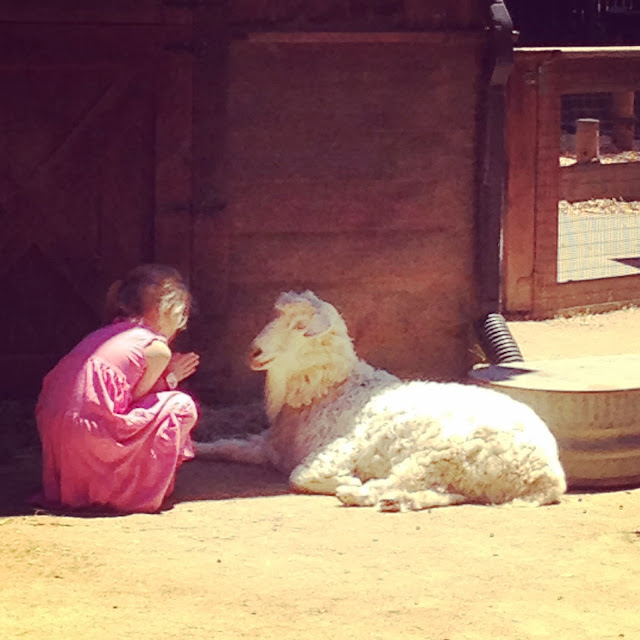 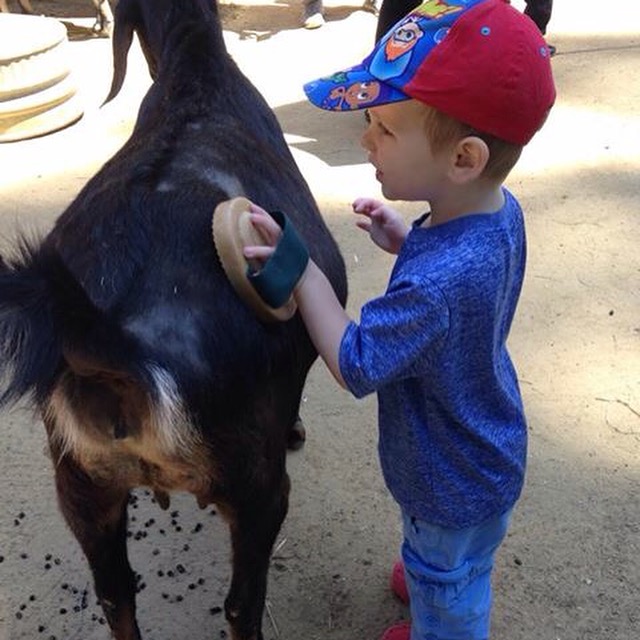 Maggie was shy standing next to the sheep until she saw Sadie pet her.  And then Grumpa had to stop her from trying to climb on for a ride: 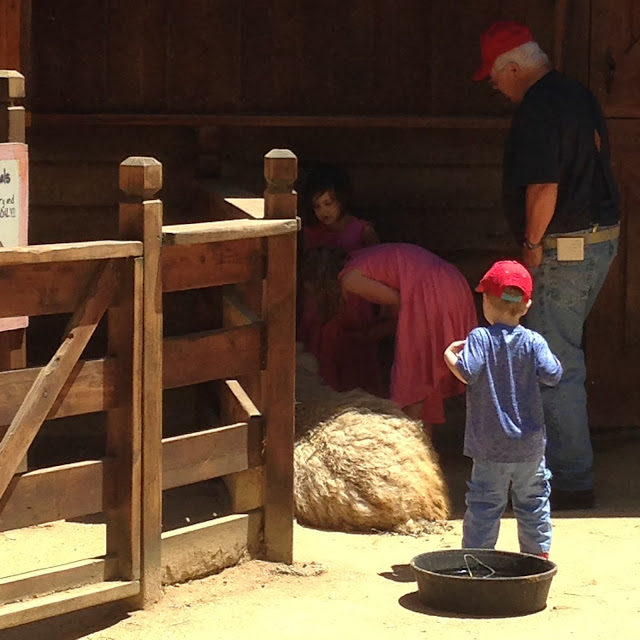 The under water tunnel was another wonderful moment.  I think Mae would have stayed there for ever if she'd had the chance. 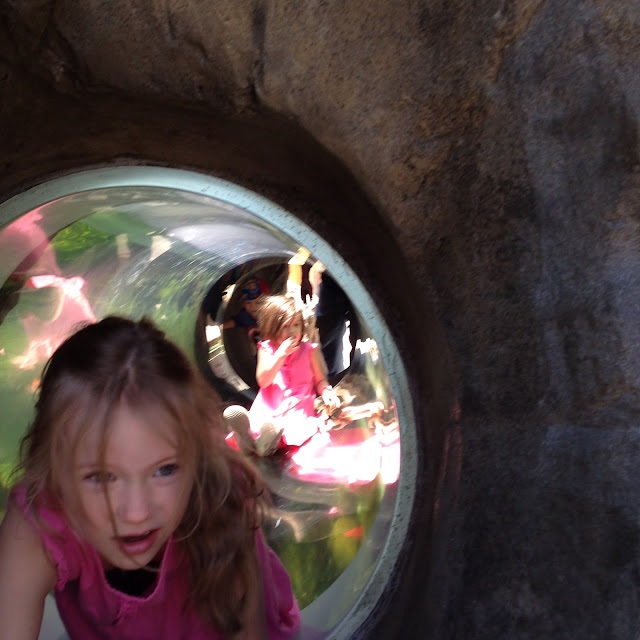 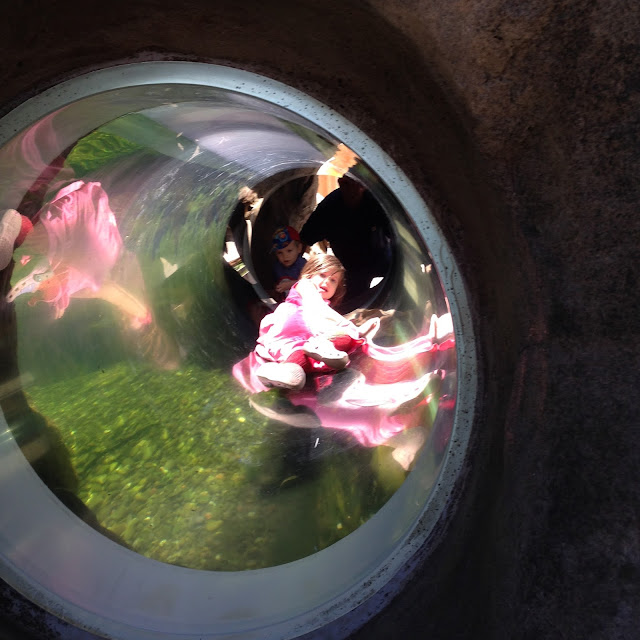 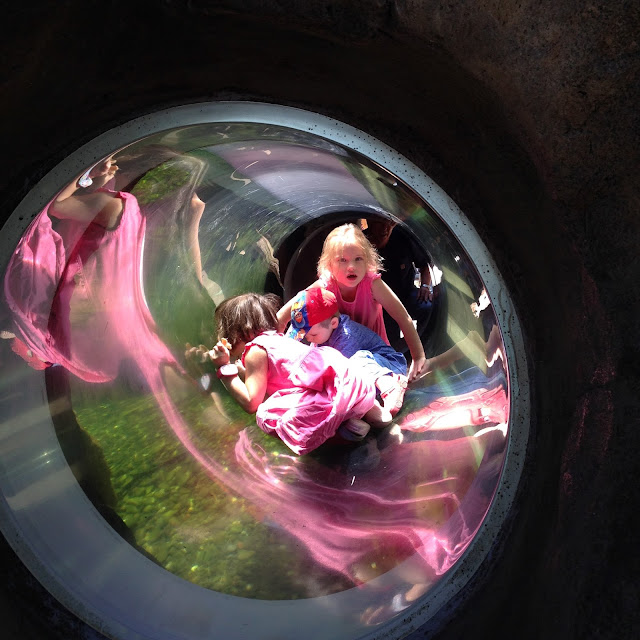 I thought that this series of pictures was hilarious.  James obviously felt like such a big boy, sitting in the stroller.  I kept having to push him back, because he kept leaning forward to look at the wheels and getting stuck, but otherwise it was going really well.

When we got inside the zoo he decided he wanted to hold Patch's hand.  Patch let him... but apparently when he saw me snapping pictures he had to give me a grumpy frown: 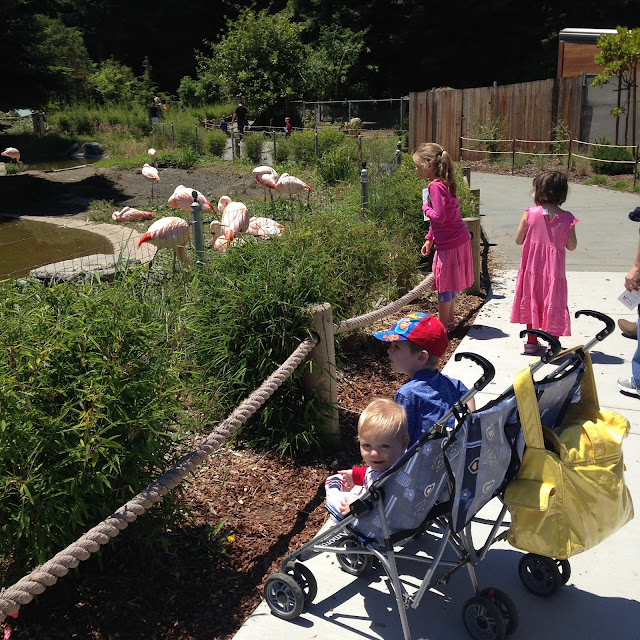 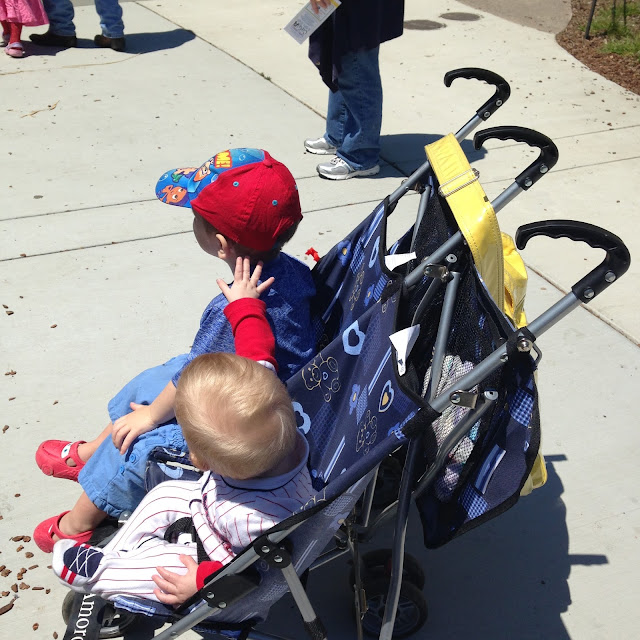 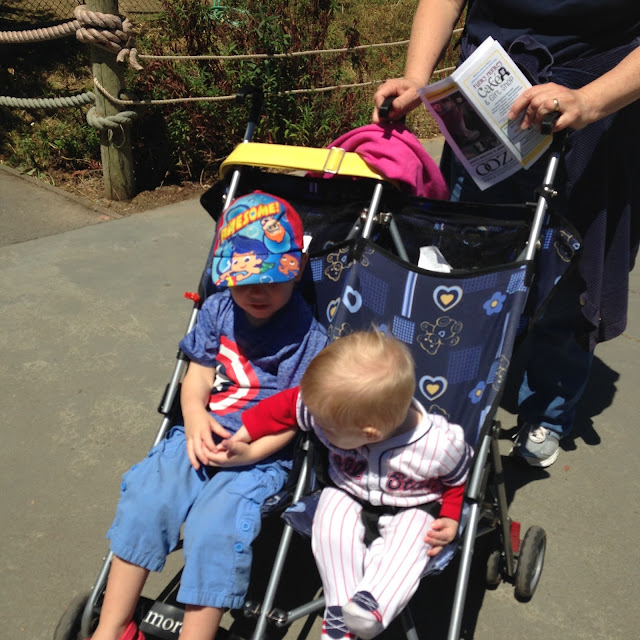 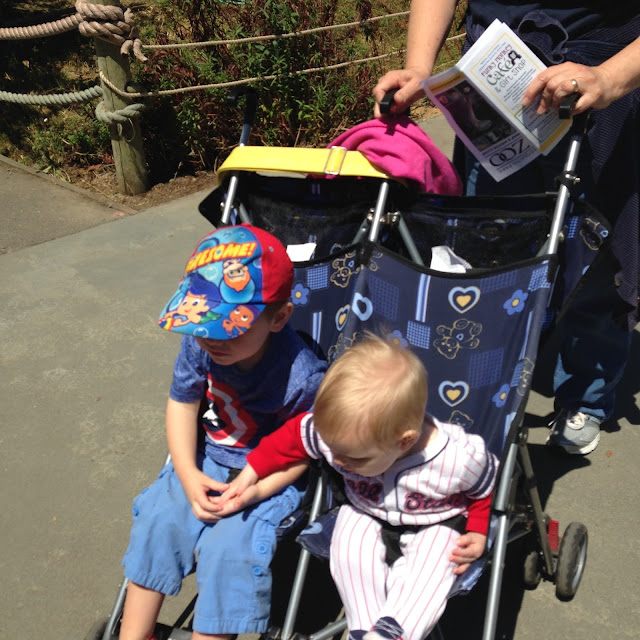 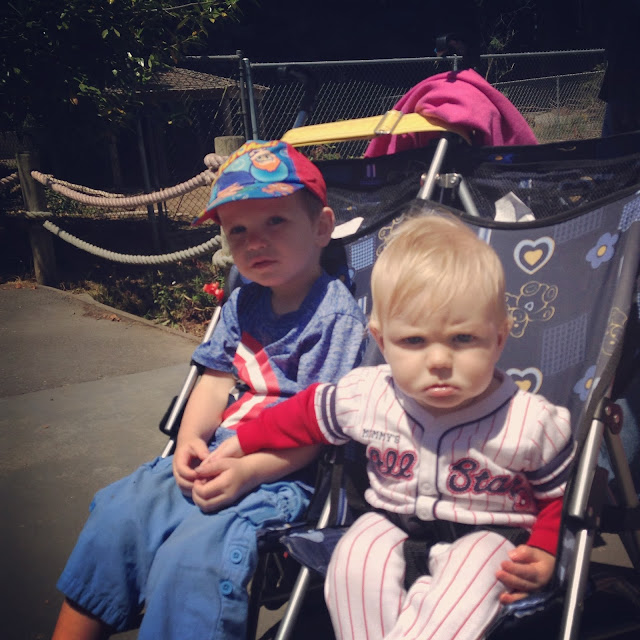 After a couple stops at stores it was time for a trip to the beach.

I'll admit, I was a little nervous.  I knew Maggie would want to go in.  We were only going to get our feet wet, but we put a life jacket on her just in case, since she's so strong and so determined.

I was also nervous because I don't really trust the beaches on this part of the coast, with their treacherous undertows and sleeper waves (so I knew we'd all have to be super vigilant).

Still after researching family friendly beaches we headed to one that's known for having less of an undertow.  And when we got there Maggie was super excited.  She raced towards the water with Nani and Sadie, while Patch made his way down to the water more slowly with Grumpa: 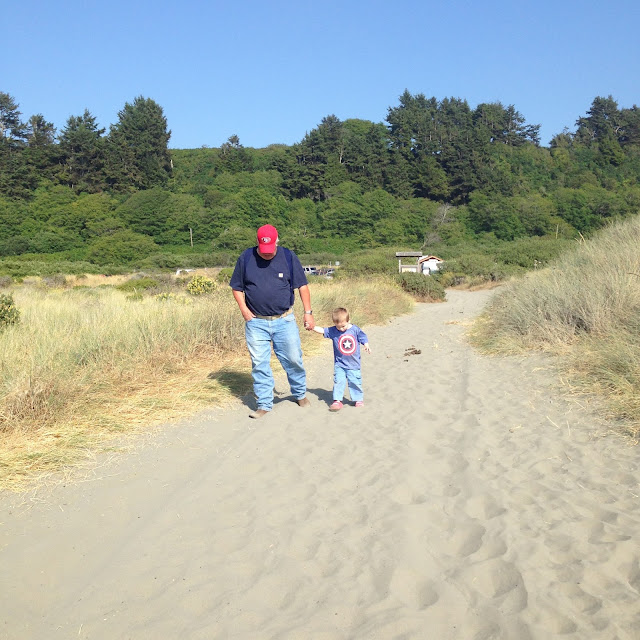 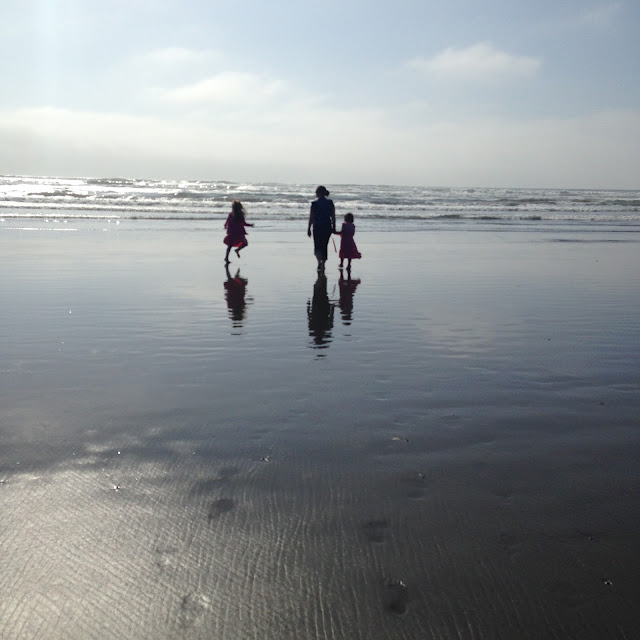 It was a workout keeping Maggie from throwing herself into the waves. 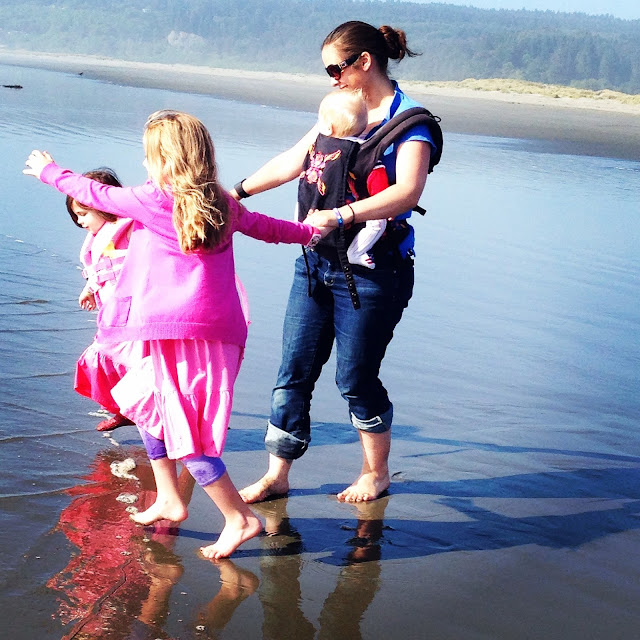 Patch was content to stop where the sand was wet, far beyond where the waves were reaching at that moment: 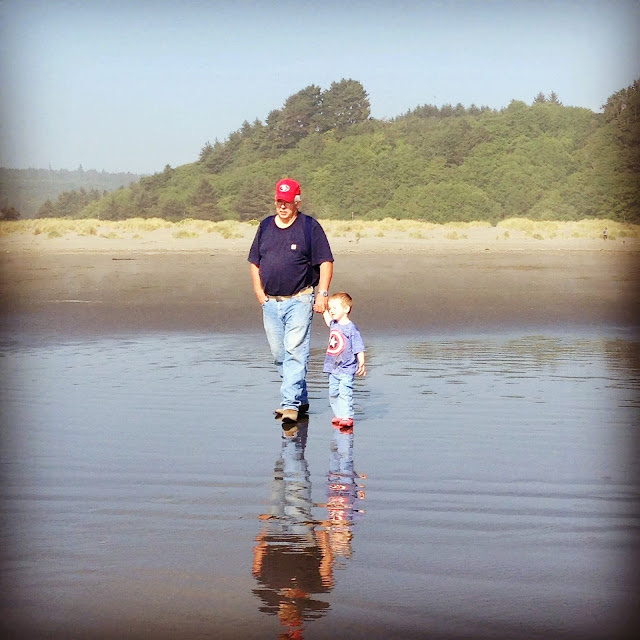 Maggie plunged into the ankle deep water without pausing to take of her tights, which is notable because normally she is meticulous about keeping her tights dry and screams if they get a drop of water on them.  She spent a lot of time trying to go all the way in. 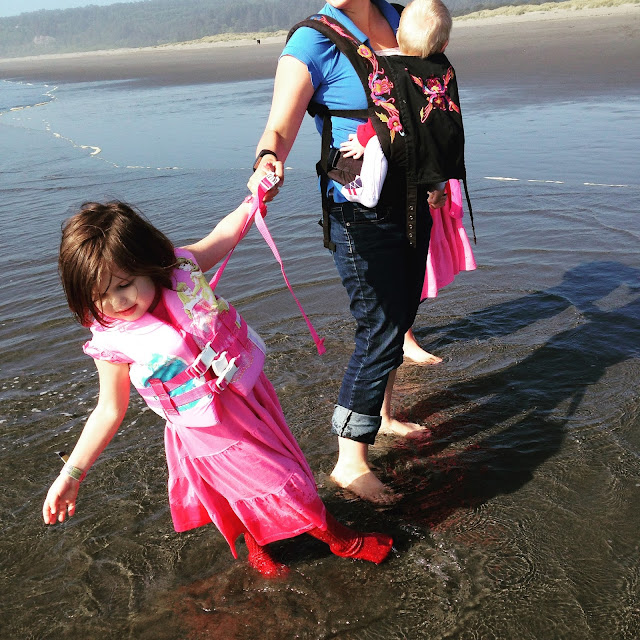 Once I was thoroughly exhausted we headed back to the car... which brought on a meltdown of epic proportions that I'd like never to repeat again.  Let's just say that the hundred plus yards to the car couldn't have possibly felt any longer than it was with a mermaid determined to get back to the ocean to swim away.

Once we got to the car things calmed down and we made our way home after twelve hours of fun.  And today our mermaid is back in her pool.