A Little Scare at 13 Weeks 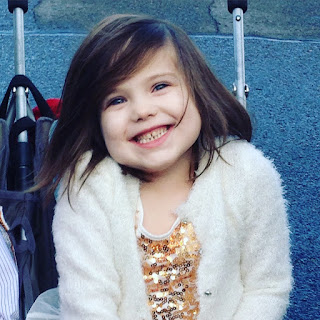 Today I had my latest OB appointment.  It's only been three weeks since the last one, since my doctor is watching things a little bit more closely than in the past because of the scares we've had so far.

A little over a week and a half ago I unexpectedly took another short break from blogging when the subchorionic hematoma started doing it's hemorrhaging thing again, for three long days, and the stress of waiting to see if everything would be okay (along with nine days of migraines!) was a little bit too much for an writing inspiration to come through.

This morning, however, things were going well.  I dropped Maggie off at therapy after managing to keep her from diving into not one, but two snowbanks, and as I handed her lunch to her therapist this conversation followed:

I was still chuckling to myself when I arrived at the hospital.  Maggie's sense of humor has been shining through of late and she can always make me smile when she's in a silly mood.

I waved at the receptionist to check in for my appointment and then settled in for a short wait.  Soon I was asking my doctor questions about Meniere's and pregnancy (because mine is definitely flaring up even though my salt intake has been even lower than it was before the pregnancy) and the migraines and then I lay back and waited for the dopler to find a heartbeat.

A minute passed and then another.  For at least five minutes my doctor patiently searched for a heartbeat (they might have been some of the longest minutes in the history of the world).  Then he stopped searching and announced that we'd be going across the hallway to look for the baby on the ultra sound. 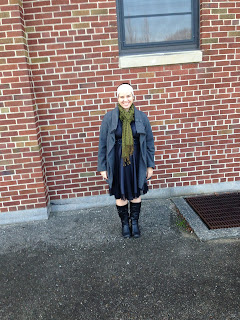 I was very thankful that I didn't have to wait even an hour for an appointment with their ultrasound tech.

The moment that the ultrasound wand touched my stomach the baby appeared on the screen and the doctor could see movement.  Soon even I could see a tiny limb waving back and forth.  Disaster averted.

The doctor did point out that he could still see a 3 cm blood clot and said it was fairly likely that there would be more bleeding in the near future, which is nice to know before hand, to somewhat mitigate the panic that happens whenever bleeding occurs, especially on a large scale, during pregnancy.

So now I'm back to once a month appointments and I'm hoping that this clot goes away without any sort of drama so that things can continue (or should I say begin?) to progress smoothly.

I'm hoping for a boring 27 weeks from here on out!
Posted by Cammie Diane at 8:31 PM