New Year's Eve Countdowns on Netflix to Save Bedtime 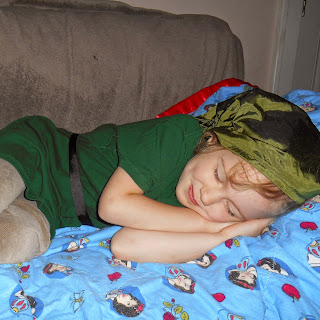 I've already given a vague non-committal answer and resisted pointing out that in the last week she voluntarily went upstairs, brushed and flossed and asked me to tuck her in at 7:30 pm, a full half hour before her bedtime, because she was so sleepy, so I think that the actual chances of anyone in the house making it to midnight stand somewhere between slim and none.

Last year Netflix saved the day by coming out with a kid's countdown that could be played at any time.  This year the selection has expanded and this afternoon the kids and I previewed them and came up with a list of the Top Five Netflix New Year's Even Countdowns for this year.

This is how we'll be doing New Year's several hours before it actually arrives in our time zone.

The Countdowns range from one to three minutes.  And overwhelmingly my kids loved the same one.  Their first choice is:

It's the same little countdown as last year.  They loved the weird little lemurs dancing to club music, surrounded by flashing lights, just as much this year as they did last year.

I possibly should note that when I turned this Countdown on in Paul's presence to write this post, he decided that 9 o'clock was a perfect time to go upstairs and immediately fled the room.

This is my favorite countdown. I like to think that it's James' favorite too, although the fact that he stopped nursing to watch the lemurs, and totally ignored the cute little Puffin, makes me think otherwise.

It shows an adorable little puffin as he remembers 2015 and prepares to welcome 2016.  It's the least flashy of the options, and maybe if James is the last man standing on New Year's Eve, we'll watch it together before he goes to bed, since he isn't old enough to tell me he wants to watch the lemurs, yet again.

The title of this one pretty much sums it up.  The Care Bears and Care Bear Cousins dance and cartwheel their way through a fireworks, confetti and heart filled New Year's Eve countdown.

If I'd had to guess which one my kids would love I would have totally picked this one.

This one ranked high on Sadie's list of favorites as she giggled through watching "Go Go Gadget" (as she called him) blunder his way through saving a New Year's Eve party, while Penny and Brain work to save the day.

This was my least favorite of the Countdowns that we watched, but it did get some extra points since it showed Toothless and Hiccup from How To Train Your Dragon.  It flashed around so much from one show to another that none of our kids really paid attention to it until the numbers started flashing at the very end.

And those sum up the top five New Year's Countdowns that we discovered on Netflix today!

Last year we had so much fun doing the early Countdown that I'd definitely recommend watching one of them as a quick, sweet New Year's Eve tradition!
Posted by Cammie Diane at 9:54 PM