My Journey into Decluttering 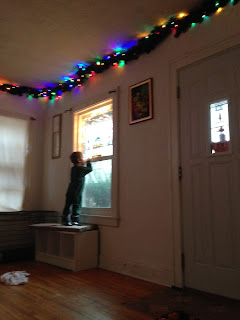 Another reason for my infrequency in blogging these past few months, besides the pregnancy and the book (the second edit of which should be complete tonight!!!), is that I've taken on the task of de-cluttering the house with a passion.

I'd tried the forty bags in forty days challenge, where you fill up and remove forty bags of belongings from your house (often done during Lent) for the last couple of years and I liked the progress that I'd made, but I needed to continue the work after those forty days were done.

This summer I read The Life-Changing Magic of Tidying Up

while I was in California and came back recharged and ready to continue the progress that I'd made over Lent.

I didn't strictly follow the ideas in the book above, but it did change my perspective as I gazed around the house and decided what to keep and what needed to go.  And I found myself asking my own set of questions that ran along the lines of "Does someone in the house enjoy this?  Do I use it and need it?" And if I still found myself wavering on something that I probably didn't need "Do I really want to pick this up fifty times a day?" or "Would I rather have this or have more space for our family and another baby?"

The last question led to quite a few items going into the donate bin.

A big part of my problem was that buying new things isn't really a big part of our budget and so I had a hard time letting go of things that I "might need someday." 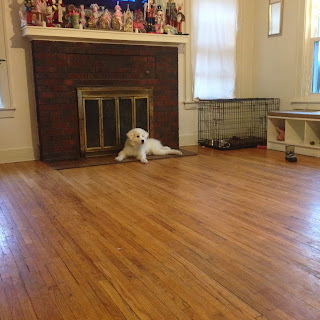 Still it was easy to start in the basement where there were boxes that hadn't been unpacked in the three plus years since we moved to Michigan.

If I hadn't missed something or needed it in three years, I probably wasn't going to miss it if it was gone.

I began to divide things into three bags.  There was the consignment shop bag, the donation bag and the trash bag.  The bags quickly began to accumulate.

Paul would come downstairs and eye the fifteen enormous trash bags that needed to be hauled to various locations and sigh and then double check to make sure that he was taking them where they needed to go.

The majority of bags went to Saint Vincent de Paul, quite a few from the lower levels of boxes went into the trash, because the great mouse disaster following the ice storm of 2013 had done a lot of damage (which is why we now have a cat and no mouse problem) as had the various bouts of flooding we've experienced.

A smaller number of bags, with clothes and shoes I could never convince Maggie to wear, and toys that no one was interested in playing with, went to a kid's consignment store where the credit is steadily being recycled into the sizes of clothes the kids now wear.

Some larger pieces of furniture went straight onto the sidewalk, where they nearly always disappear before an hour passes.

All in all, if I haven't missed anything, my current count stands at 97 bags (and sometimes other large pieces that were too large for large garbage bags) that have left the house this year.

Cleaning is much easier.  There are two empty closets upstairs, one which belongs to Sadie, where she keeps things the littler kids might break, and one that's totally empty, except for an enormous pile of clean blankets, that Maggie can put her toys in or escape to when she needs to be in a completely dark room. 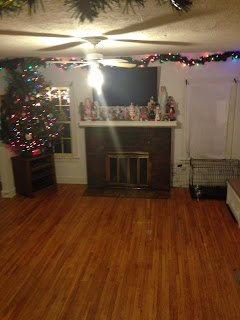 I'm not totally done.  There's still one closet, in Patch's room, that is halfway done and the master bedroom is not totally decluttered (having Paul work nights means it's difficult for me to find time to get in there when I'm not about to fall asleep).

While the kitchen is mostly done, I've still found that everything that comes into the house accumulates there so it still needs weekly de-cluttering sessions and I still have some ideas for making the space more efficient.

All in all though, cleaning most rooms in the house is now incredibly simple.  It's not unusual that in the time it's taken for me to put the boys to bed, Sadie will have cleaned the entire downstairs herself and will be proudly waiting to show me what she's done.  It only takes five minutes to do the two main rooms if the floors don't need to be swept.

And the kids are thrilled with it because there's so much room to run around.

I'll probably type up another post, with a bunch of pictures, once I'm totally done and once I've finished painting the downstairs, since I'm halfway done with several coats of primer up, but with most of the walls still not showing off the super durable paint that promises to wipe easily clean that I found at Sherwin Williams... that's also another post and I'll let you know how durable their super durable paint really is once the kids have tested it out with their general every day wear and tear.

But for now I'm about 90% of the way done (the basement was definitely the hardest part of the process) and it's definitely made me more cautious about what I bring into the house (I'm looking at you dollar bin at Target).

I'm hoping that the second trimester gives me that energy boost to carry my through the last little bit before the new baby arrives.  Having every room in order would be a huge help in keeping things running around here!
Posted by Cammie Diane at 9:54 AM