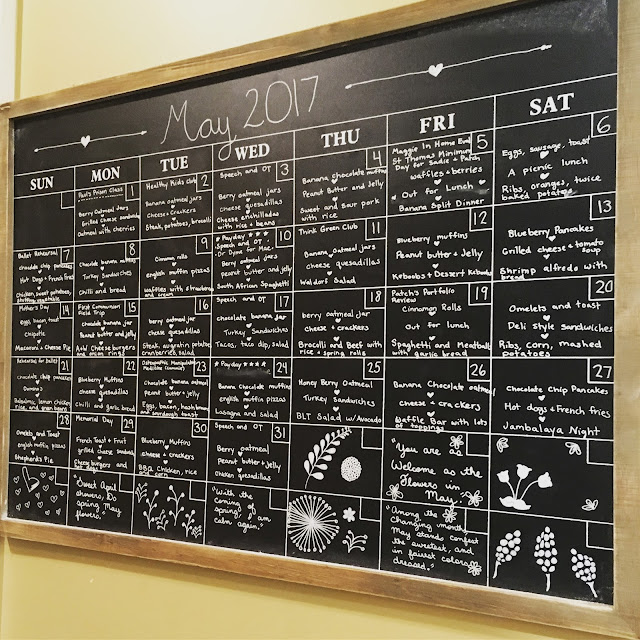 For most of the last decade, Paul was gone on Friday and Saturday nights.  Before Sadie was born he worked 48 and 72 hour shifts at a group home, which meant sometimes parts of weekends were free, but often times he was gone.

After that he began grad school, with a program that took him almost 300 miles away on weekends (besides working nights during the week).

Then law school began and between studying in the law library, and then working as a doorman the last two years of school on just about every weekend, he was hardly ever home on Friday or Saturday nights.  This last year, when he started his own business he kept working as a doorman on weekends.

I was pretty elated when he got the new job and I discovered that for the most part, on Friday nights, Paul will be home. 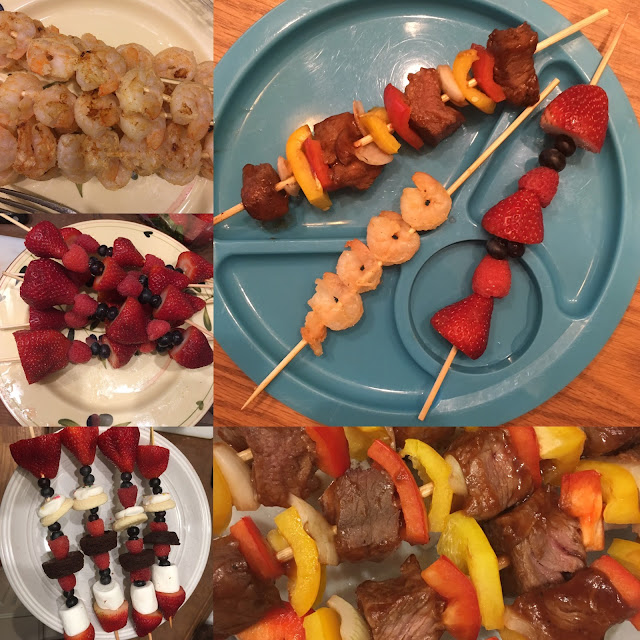 And so I finally declared Friday "Family Fun Night" and began planning. 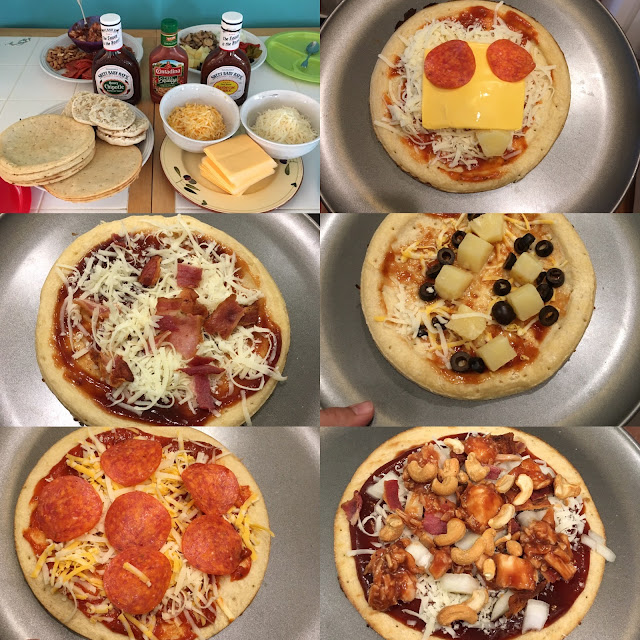 The nights usually include a meal I know they'll like.  When I'm feeling really energetic I plan something that the kids can help make, like pizzas that they can decorate, or banana floats that they can help build. 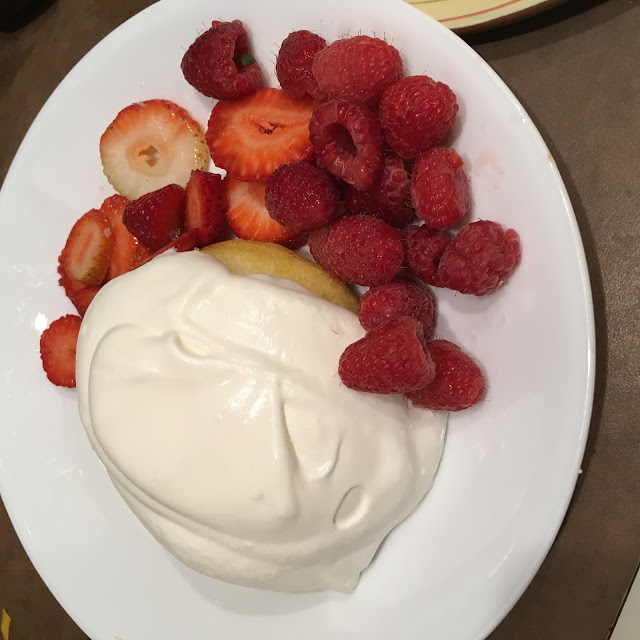 On other nights (like kebab night) everyone else was out in the living room while I threw everything together and brought it out. 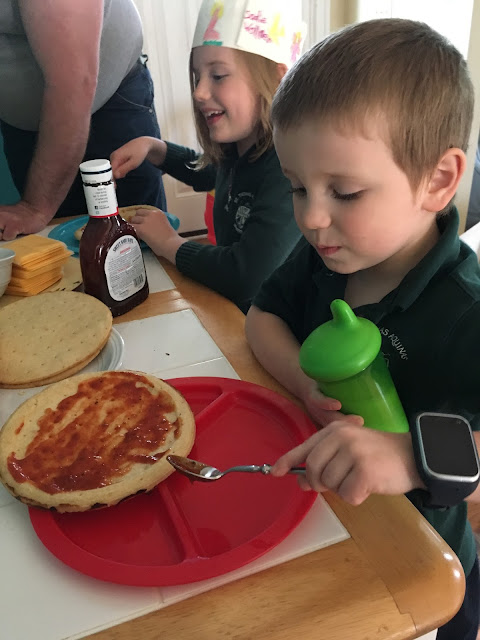 It was unique in that instead of being dessert, the banana splits were dinner.  It only happens once, or maybe twice a year, but it's definitely a memorable night for everyone.  And it was fun to see which toppings everyone picked for their creation. 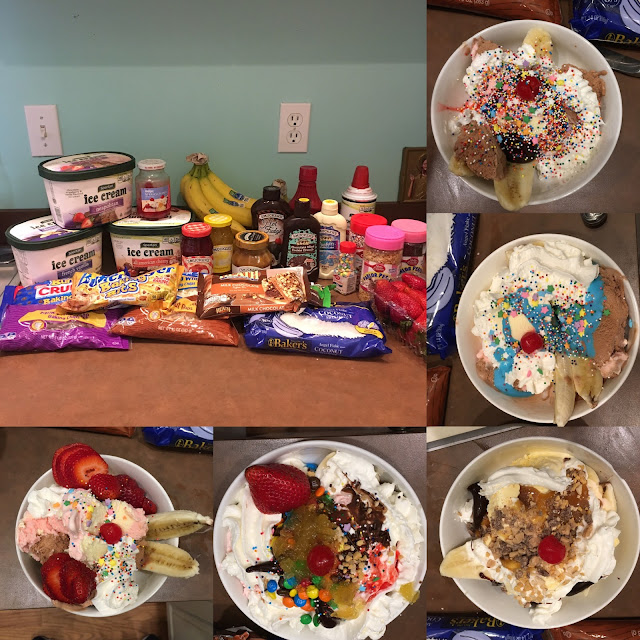 Every Family Fun Night so far has ended with a movie downstairs in the playroom, but some have included games too.  Like this wiggly worm ringtoss (it can be a challenge to find games all the kids can play): 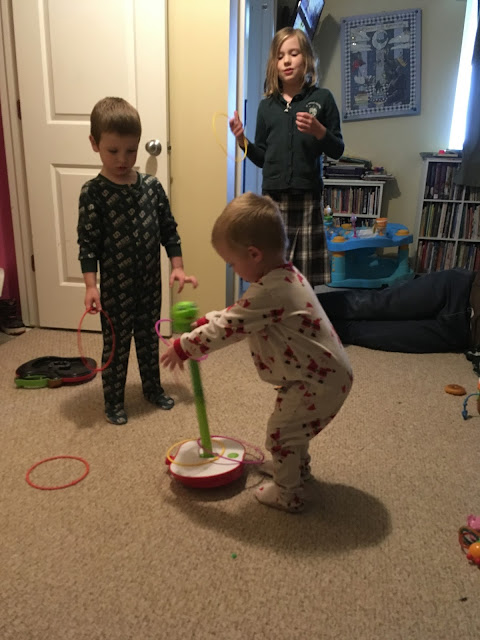 Family Fun movie time has convinced me that it would be very, very nice to have a sectional down in the basement.  Because right now there's a huge amount of competition for the "best" spot on the couch.  And on the floor. 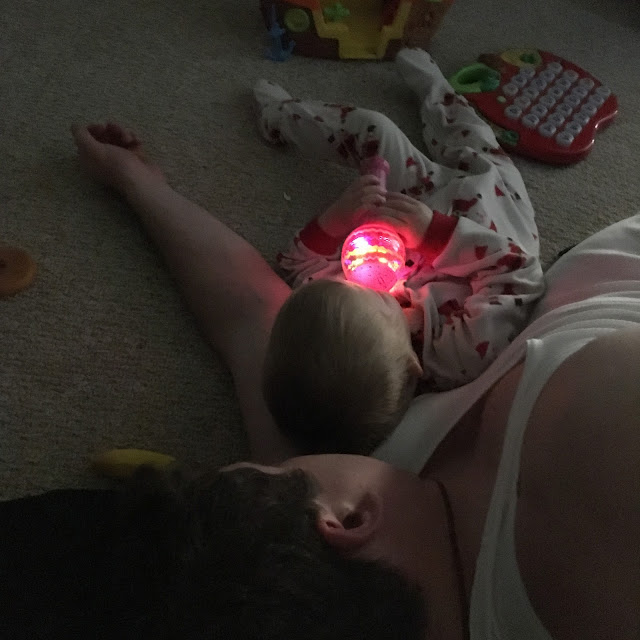 And I don't think I've ever been more grateful for Pinterest for ideas, even if our nights aren't quite Pinterest worthy in and of themselves.  They are definitely fun. 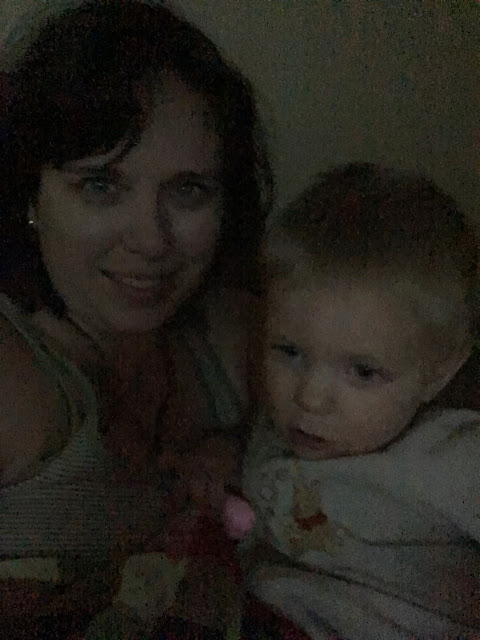