In November we began making trips to our local Catholic cemetery.

It was still fairly warm at the beginning of the month and we had a large break in the day between the time I picked up Sadie and Maggie from school and the time when Paul would meet me and take the kids home while I took Sadie to her ballet class.

I'd always wanted to do something to set the month that begins with All Saints and All Souls Days apart, but getting out of the house with all the kids on my own meant it was something that was put off, for years, until this year when we were already out, in the car, and it occurred to me that going to the cemetery and walking around and saying a rosary might be a good way to mark this time of year when we especially remember the souls of those who have passed from this life into the next.

The idea was met with unexpected cheerfulness from the kids who thought getting outside in this wide open new space was a great idea.  The first time I did it I struggled with logistics, but over time we got better at it, and when it was very cold we would drive slowly in the car, past the stations of the cross and the large rosary stones, and pray with the windows rolled up and the heat blasting.

The visits didn't stop at the end of November.  We didn't make it every week, but at least a couple times a month we would go.

And all the while an idea was growing, pressing in my mind, of something that we needed to do.

Christian Athanasius was our tiny second trimester baby who was born into heaven in 2011.  He was cremated when we lived in Florida, but I couldn't bear the thought of having him buried there, so far from us, knowing we would rarely, if ever, be back.

Then we moved to Michigan in 2012 and Paul was still a student.  We liked Michigan, but did we really know where we would end up?

We would bury him soon, as soon as we knew where we would finally be settling down.

Then Paul passed the bar.  And we moved into a house we loved.

But life was busy.  So very, very busy and time began slipping by so fast.  Last year we had some 80 doctors appointments and well over 300 therapy sessions and there was hardly time to think.  And how much would it cost?  I knew from a friend that some cemeteries do charge to bury tiny babies while others don't.

Still, as we went to the cemetery each week the idea grew until in January when I brought it up again and we went to our priest and spoke with the people at the cemetery and began the process of getting the funeral home to fax up a death certificate, because the one I have is still tucked away somewhere and I couldn't find it since we still aren't entirely unpacked from last years move (the challenge of moving while 9 months pregnant and then unpacking while hardly ever home).

On March 3rd we made the trek out to the cemetery.  It was a cold, windy day, and the kids were bundled in their snow clothes as we piled out of the car and waited for the priest from our parish to arrive.

Then we walked to the small section of the cemetery known as the baby section.  And we finally laid Christian Athanasius to rest. 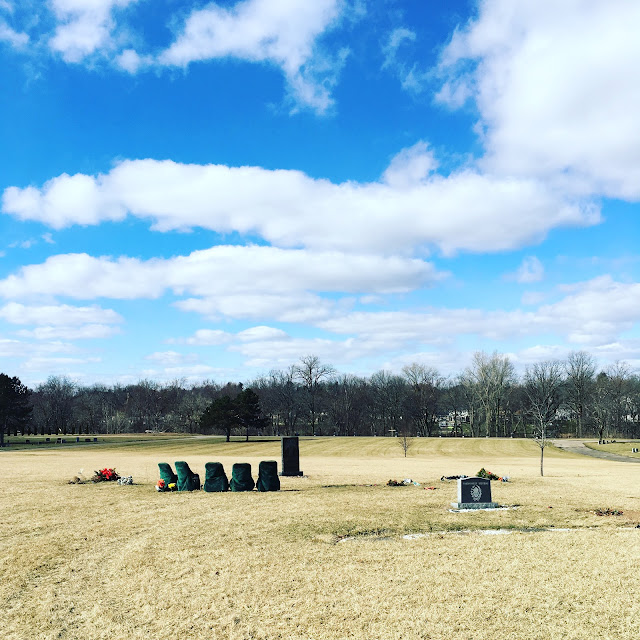 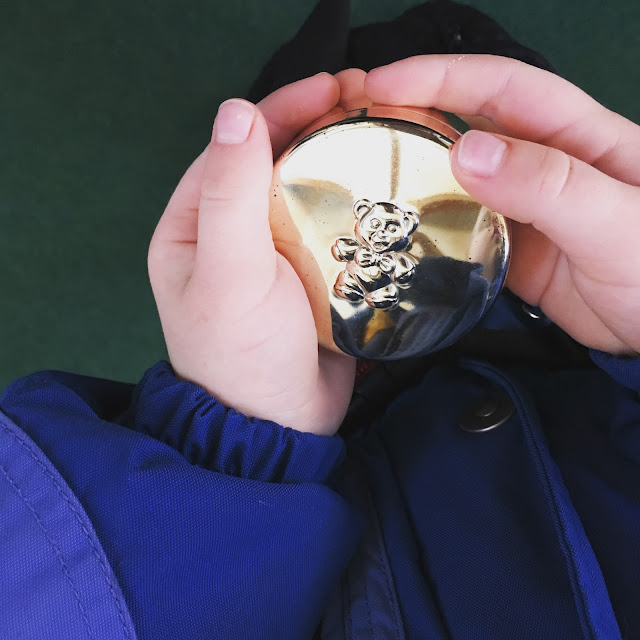 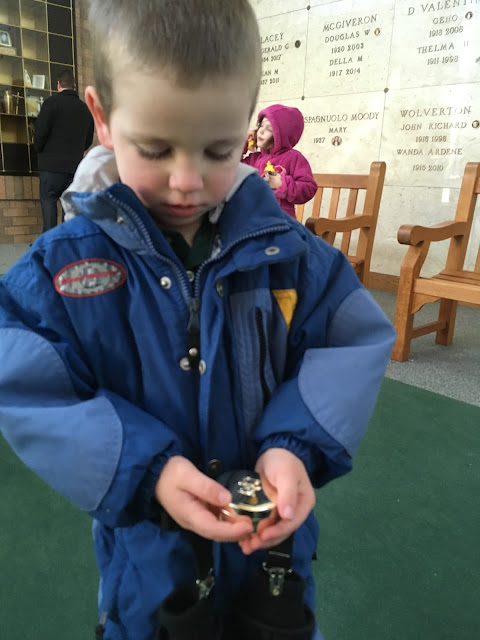 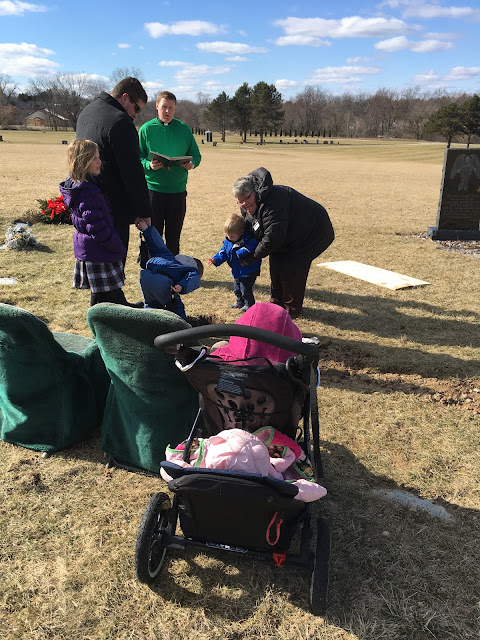 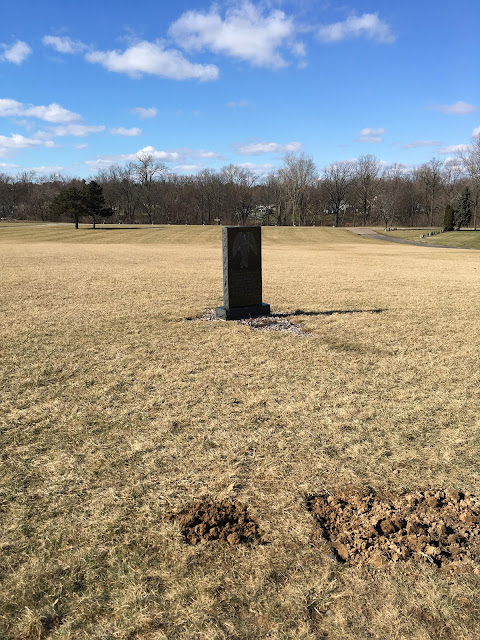 It was a beautiful service and the words struck my heart, so strongly and yet so differently than I'm sure they would have if we'd managed it five years ago.

At the same time it was such a relief to finally have it done.

Now when go  to pray the kids were excited to visit the spot where we had officially said goodbye to Christian.

We stop and bring flowers and then walk down along the river and pray and the boys point out every balloon and flag and new bouquet of flowers that catches their eyes.  They talk about having a brother in heaven. 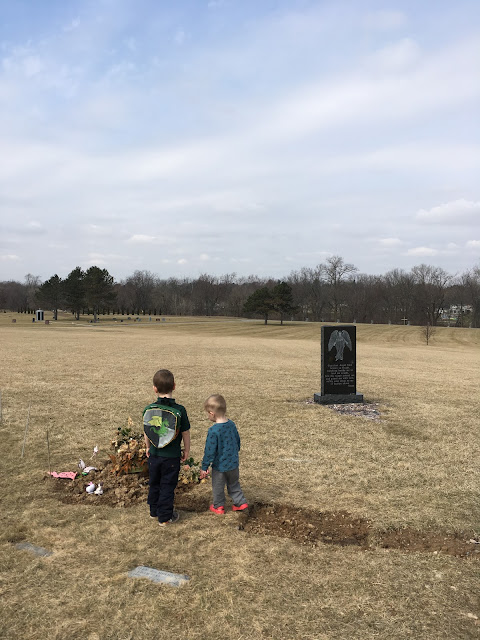 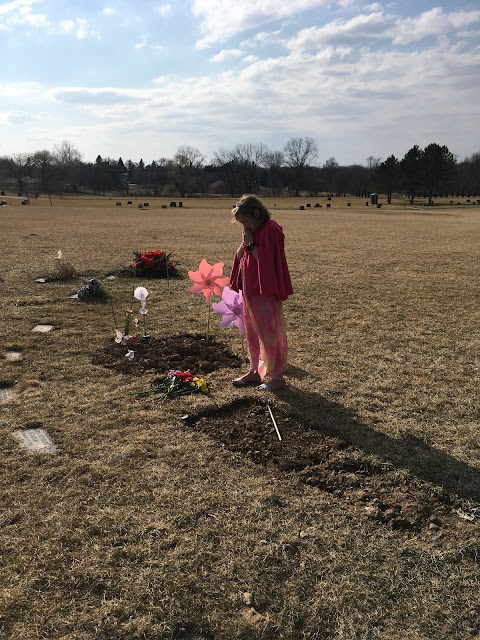 After persistent questions about why Christian's tiny space wasn't decorated we went to Hobby Lobby and fixed that as well. 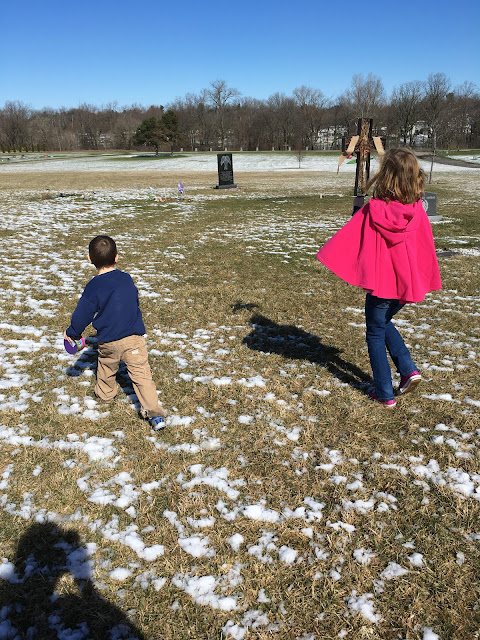 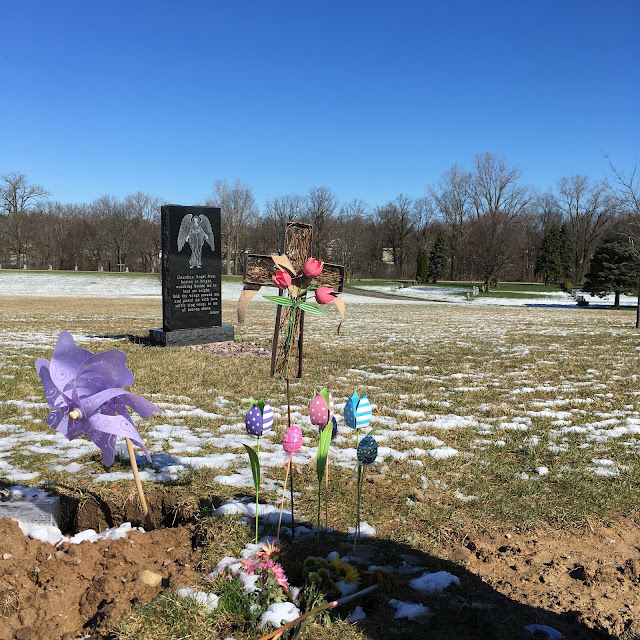 And I began to stow away money in a little box, until we finally had enough to go back and buy a grave stone.  The day the proof arrive we confirmed that it was what we wanted:

We went back, over the next month, waiting for it to arrive.  And finally, on Mother's Day, it was there: 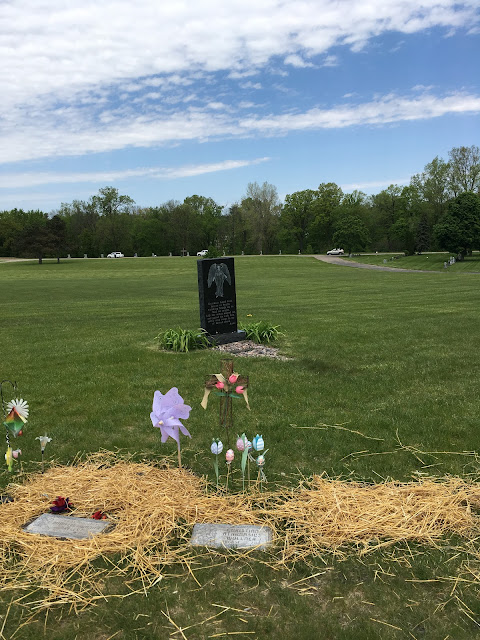 Seeing it, having a place to visit and knowing that he had been buried has been healing. 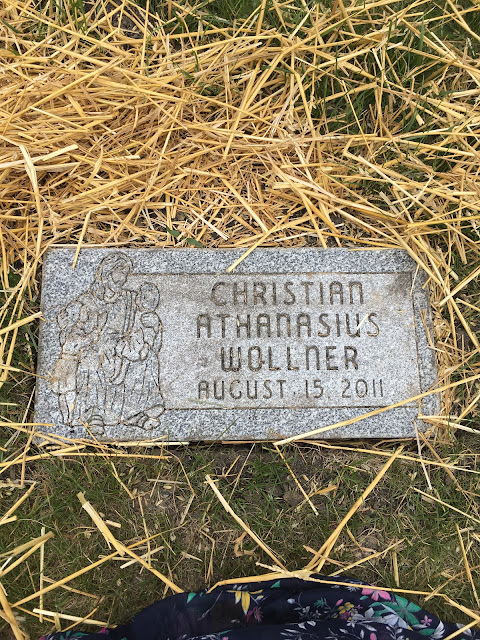 I can't help but feel that the gift of going to pray for the souls of people we've known and loved, and friends of friends, and all those who've gone before us, has given me a greater peace than I could have imagined possible back when I was writing about saying goodbye to Christian and the health problems that followed back in 2011.
Posted by Cammie Diane at 8:11 AM