The Best Answer: A Tessie Update

I ended up rambling through all the questions we still have, but if you want to skip it and get straight to the main point of this post, the whole of the very, very good news we got today is in the first three paragraphs. 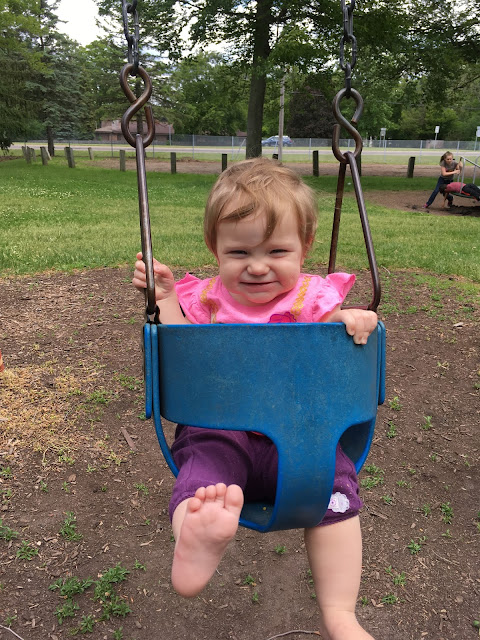 I was just about to get into the car this morning, at a few minutes after seven a.m. when my cell phone rang.  I thought that it was Maggie calling on her GPS from her car seat directly behind my seat, but when I looked down it I saw a number I didn't recognize.

When I heard Tessie's geneticist's voice, I froze.  We haven't had enough experience with her to know what sort of a doctor she is.  Does she only call for very bad things, while a nurse calls with the good news/normal results?  That's how the majority of Tessie's doctors are and the next ten seconds felt like hours until I heard her say that the test results were normal and that they did not show a mutation on the PHOX2B gene.

I was elated.  Paul had no idea why I was giving him a thumbs up from where he sat in his own car, and I'm sure I was grinning ridiculously with relief.

But then I had questions.  And things that I'd been mentally filing away, that I needed to tell her. 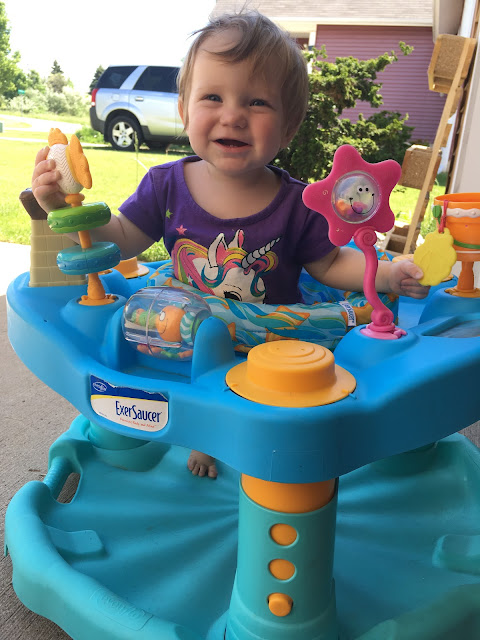 Amazingly, she took a half hour to talk with me and go over everything that's happened recently.  I told her about how Tessie had a rough week last week and had a hard time sustaining her oxygen levels at night while she was sick.

And I explained that I've noticed that she has apnea nights and then there are the nights when she has low oxygen saturation levels without apneas, where the monitor says that she's breathing faster than normal, and that her heart is racing but that her oxygen levels are falling, going up when she wakes up and then back down as soon as she goes to sleep. 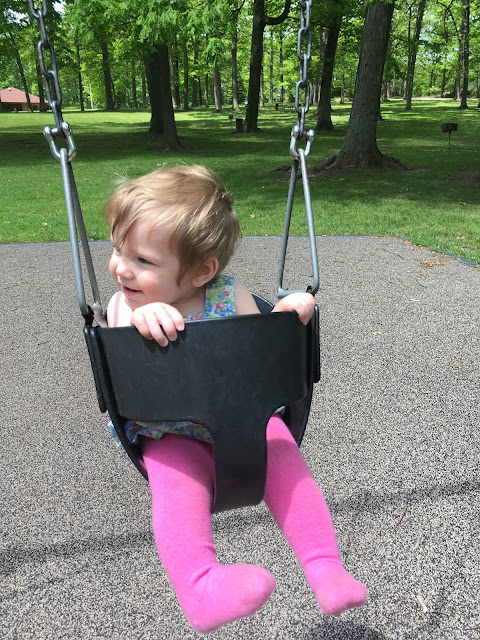 Lastly I finally remembered to tell her how we've noticed that Tessie gets really, really clumsy right before she starts having apneas.  The first time I really noticed it was when we were in a baby play area at a museum.  She was sitting up and kept falling over, despite being really good at sitting at that point.  When we got in the car she immediately fell asleep and had apnea after apnea for the next hour until we were finally home and out of the car.

I've given this description to three of her doctor's now.  When I told her neurologist he gave me an order for an organic urine test to hopefully eliminate something called intermittent maple syrup disease.  The pediatrician thought it sounded like mitochondrial disease.

Her geneticist said that she hadn't heard anything that pointed to mitochondrial disease at this point, but that we need to find a way to do an EEG immediately after the clumsy episodes start to see if she's having seizures.  She said that she felt like we were actually incredibly fortunate because the clumsiness is such a good indicator beforehand to help us pinpoint when to do the test.

That it's a good indicator is kind of true and kind of not, as the organic acid lab slip has proven to me.  Since I got that test I've waited to take her in, waited for a moment that is indisputably clumsy.  If she falls over is it because she's learning to stand, or is it the clumsiness before a bad night?  If she topples over twice is it a coincidence?  I've been so afraid that I'm going to pick the wrong moment, the wrong bout of clumsiness, and as a result miss something important.

She asked me to call the neurologist and see if I can arrange it so that the next time Tessie has a clumsy episode she can be admitted to the hospital for an immediate EEG.  I left a message at the neurology office relaying the suggestion.  They aren't particularly speedy at returning their calls though, so it could be a while before I hear back.

Even with the additional questions that are unanswered, this was the best possible news.  We've now eliminated heart problems, a brain stem problem, and CCHS as the causes of her central apnea. When she was in the PICU those were the three explanations that were the most terrifying.  The apneas have already decreased hugely from where we started.  Unlike with the MRI, where this test was still hanging over our heads, I actually do feel relieved. 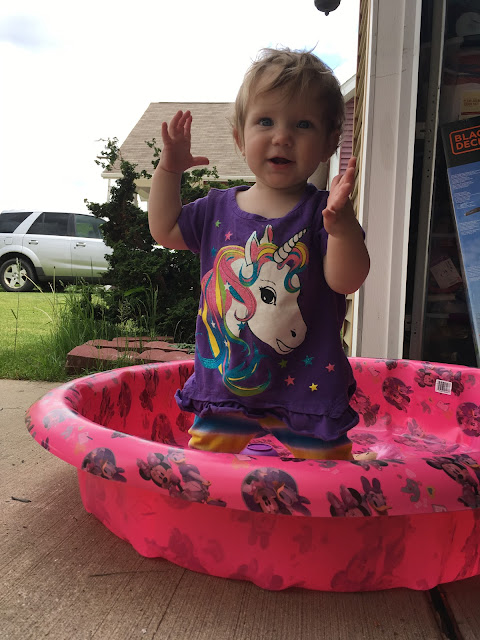 Thank you for all the prayers.  I am so incredibly grateful to be able to share this news.  After five months of worrying about this particular cause, we can finally put this most frightening of questions to rest.
Posted by Cammie Diane at 10:08 PM