Usually I try to match up the blog and the vlog, but today, for once, the blog is going to be slightly ahead of the vlog because I haven't even had time to sit down and make a video yet.

Yesterday we drove down the University of Michigan's Children's Hospital so that Sadie could have an appointment with the department of Otolaryngology. When I'd gotten a message on a Saturday from an office identifying themselves as Otolaryngology I had to google to see that these were the ENTs that the pulmonologist from the other Children's Hospital had requested her regular doctor refer her to after the sleep study.

The sleep study had showed that she had zero apneas. 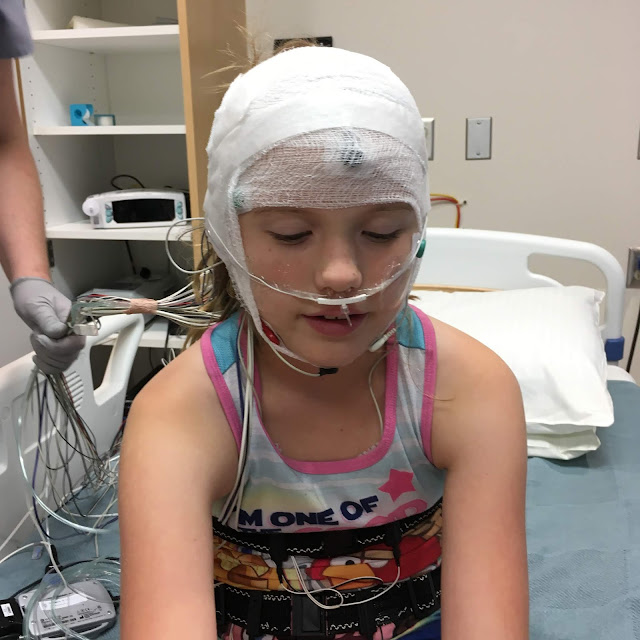 After Tessie I had almost felt like that was impossible.

Because with Tessie "good" sleep studies were talked about in terms of stopping breathing five times an hour. It was hard to imagine a world where someone didn't stop breathing at all, all night long.

It was harder still because I knew that I'd watched Sadie stop breathing  when she was a tiny baby and had it dismissed by our family doctor as paranoia and periodic breathing pauses in an infant, which I had accepted until Tessie was diagnosed and that gene was discovered that Paul and I both had, and then those long drawn out pauses had seemed a little more worrisome to both me and her doctor.

But I'll admit when we went to the hospital yesterday I thought we were more of less in the clear.

Except for one thing, that I was slightly hopeful about, because I thought we were in the right place to get her help, and if she got help maybe the kid would finally be able to breath properly.

I told the nurse and then the doctor that our oldest kid is perpetually stuffy. I said it could be allergies, that the new allergy medicine the pulmonologist prescribed is helping a bit, and that prescription flonase maybe helps some, but that the general stuffiness remained.

Sadie insisted that she could and always has been able to breath through her nose but I shook my head.

I don't think she knows what it means to breath through her nose because she never has. I explained the 18 ear infections in the first two years of her life and said that I thought something was and always had been wrong with her nose, but that I guessed they would tell me that in a minute when they looked.

At ten the adenoids usually have started to shrink and so we went to another room with another chair with a huge screen with a camera on a wire and Sadie sat back nervously and clung to my hand.

And then everyone was very quiet after they'd looked at both sides of her nose until finally I asked if it was blocked. 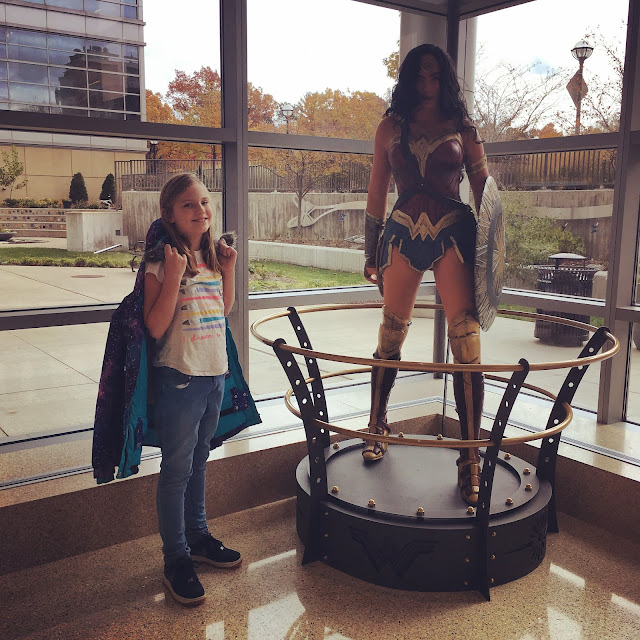 "Yes," the doctor said quickly. "It's between eighty and ninety percent blocked."

This will very likely improve her speech because it's likely that this has been a key factor in the nasal quality of\a lot of her words. And it will improve her sleep. And stop the snoring and wild thrashing that happens all night as she tries to breath while she's asleep, but can't.

The doctor talked about a study they're actually doing at the hospital with people who have one good night during a sleep study, who actually do have obstructive apnea, because that one night is just a picture of one night and people still have bad nights (which is exactly what we've seen at home with Tessie on her monitor).

So, she will be having surgery in the near future to breath more easily.

And in somewhat related news she's grown the half inch that she needed to grow to officially be five feet tall.  She was pretty thrilled about that. She would love to be taller than me by summer.

She's still got a ways to go for that though.

And in totally unrelated news I made this video, because it was fun and kind of silly and there's always a chance it's going to go disastrously wrong.