When Will the Decorations Go Up?

Tessie and Maggie are both officially sick, and Patrick has been home from school for the past three school days, mostly because he seemed to be on the verge of being sick, although he managed to recover Friday, just in time for one of his friend's birthday party on Saturday, which was fortunate, since he'd been obsessing over it all week.

And he had a blast.

I've been thinking about Christmas decorations this week and when I'm going to drag them out of the garage to put them up.

I used to be a stickler for the Christmas Eve tradition. I've blogged about it before.

And it was a point of pride (one among many I guess).

Christmas Eve was when the tree and decorations traditionally went up and not a moment earlier, and that was when I was going to do it.

How could I possibly keep Advent and Christmas separate if my decorations were already out and up?

I'm audibly sighing as I type those words now. 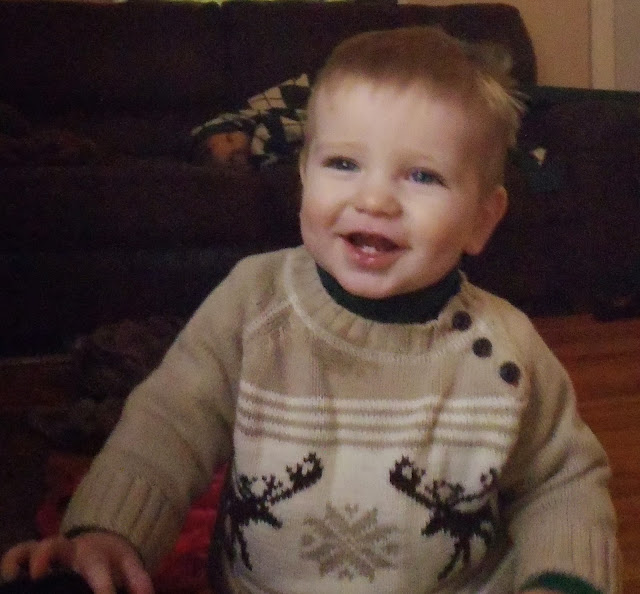 Maybe it's because now, a decade after I first made that rule for myself, I find that preparing for Christmas during Advent has very little to do with the state of the physical decorations in my house.

Although I have found myself reflecting lately, on the pushing back of Christmas decorations earlier and earlier this year, to just after Halloween by a number of people that I know.  While I'm not joining in the decorating extravaganza (I'm making myself wait until the first week of December over here) I have to say that I think I understand it.

Or at least this is one of the motivations that I imagine for the earlier than ever decorations when I see them.

In a thousand different ways 2018 has been a brutal year.

I think that a lot of people crave that Christmas cheer right now and want a reason to celebrate, and to extend that celebration for as long as possible.

They're decorating and getting ready for Christmas.

I think that's a pretty wonderful thing to be excited about.

I won't criticize anyone for that. Even if it's November 1st.

It was easier to hold off on decorations when I knew that they were likely to be smashed to pieces by a certain mermaid. Now that she's holding off on her destruction (that Dollar Tree Mantle Makeover for October lasted until we took it down last week) there's a chance that our Christmas decorations may actually survive through Epiphany, even if I do opt to put them up now.

And in a way the excited cleaning and decorating is very much a part of the preparations, even if it isn't done at the very last minute. Which makes a little more sense with our lives now since that last minute decorating would be more than a little stressful, and in the end probably would just leave much of it half finished on Christmas Eve, since there would only be so much that two people could do in one night.

In totally unrelated news I made this video in answer to a question I was asked, elaborating on a phrase that I've used quite a bit when discussing eloping: