I mentioned a few blogs back that I was going to change the blogs Facebook name, because I was trying to make everything match.

In the past I had changed the name and it had been a simple process.

But apparently times have changed.

I went to the about section of my Facebook page and put in the request, asking that it be changed to "Someday I'll Sleep."

Within five seconds it came back and said that it was denied. "Someday I'll Sleep" Facebook informed me, appeared to be a dishonest or misleading name. 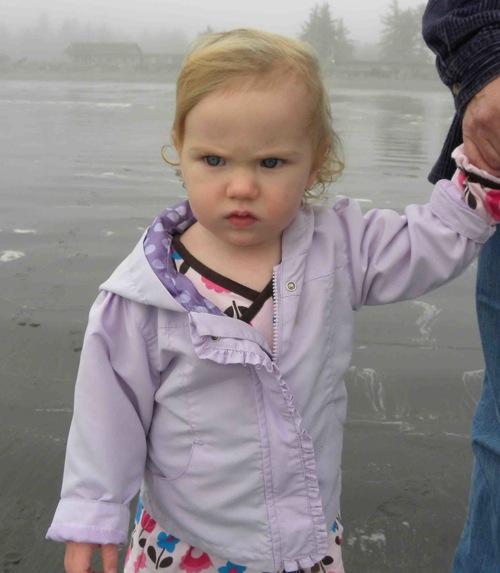 "I know, I know, no ones ever going to sleep around here. "I muttered to myself, and then I filed an appeal, explaining that it was already the name of my Youtube channel which I had been using for nearly a year and that it just seems to fit what I write about more appropriately.

The appeal came back denied. Twice.

Thus I began to learn about changing Facebook page names in this day and age and the gradual process of changing the name piece by piece so that the change wasn't too radical. The fact that "I" was in it was also a red flag.

As it stands today it's finally "Someday Sleep Autism Blogs" and I'm not sure I'll ever be able to slip that "I'll" in there.

We got the call Friday afternoon, asking if we wanted to give up our December mid-week visit to come the next day, and I immediately said yes, we could find a way to make that work.

So we made the eighty mile drive, in the ice and cold and trudged across the bridge to the hospital, where Tessie attempted to lay siege to the enormous Christmas tree that they had placed in the middle of the play area, along with all the other toddlers who all seemed to think it was too beautiful not to touch. 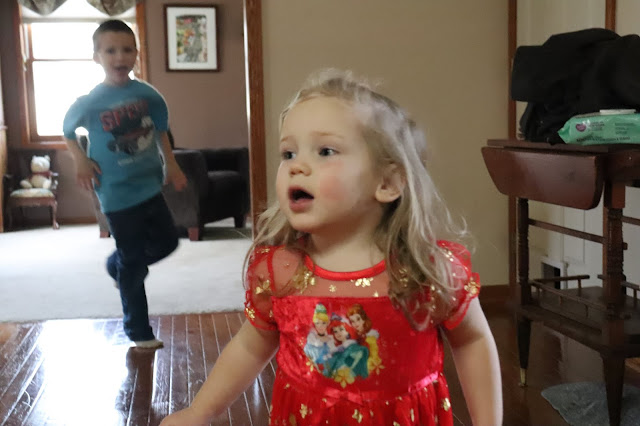 She realized early on that she was now big enough to make the rotating door spin, so she kept swinging by the front of the hospital, trying to make a break for it, while I scooped her up and brought her back to the place where we were waiting for the sleep study techs to come and get us, which was of course, next to the tree with all its temptations.

Then it was finally time to head back to the sleep clinic and we were tucked into our own little room. I turned on Moana, and pulled out a tiny soft mermaid ornament with a sequined tail that she'd decided she loved at Target, and the process of hooking her up to all the wires began.

She screamed when they put the oximeter on her toe, like she hasn't worn an oximeter since she was six months old, for the past two years of her life, and it was a bumpy road from there, with moments of calm, and hysteria mixed in. 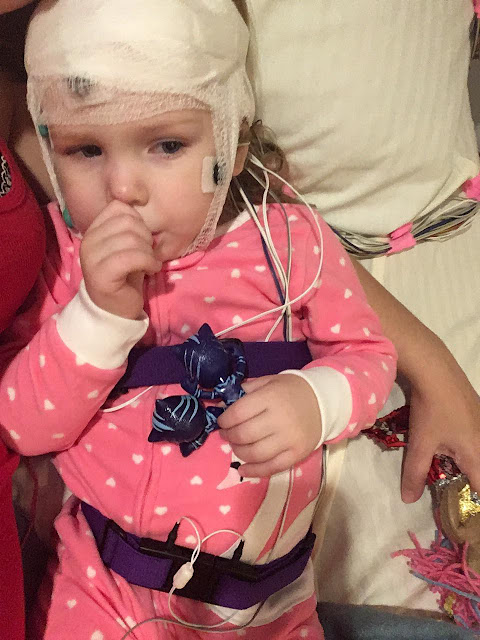 The good thing was that she seemed to understand a lot of what I was saying. When I told her how good she was doing she calmed down a little. And the mermaid's sequined tail calmed her down even more. When I explained that she needed to keep the nasal cannula in she actually listened this time, after a few moments of tears, which was entirely unexpected.

In the middle of the night she woke up, upset about the nasal cannula again, and this time stuffy after crying about it.

"You can breath through your mouth Tessie." She shook her head no at me.

"Yes you can. If you take that thumb out you can." She shook her head no, twice more.

I was elated at the response to my words, that she had apparently understood and in a few more moments she drifted back to sleep. That was amazing receptive language for her to understand.

All day Sunday and Monday I waited for a call.

If the study had been really bad I knew it would come fast. Maybe not on Sunday, I thought, but surely on Monday.

When I hadn't heard anything by five on Monday, I figured that I would hear something when a respiratory therapist got around to calling me in a week or so.

And that was why, the next day, as I was about to pull into the parking garage at our doctor's office with Maggie, I was surprised when I picked up my phone and I heard Tessie's pulmonologist on the other end of the line. 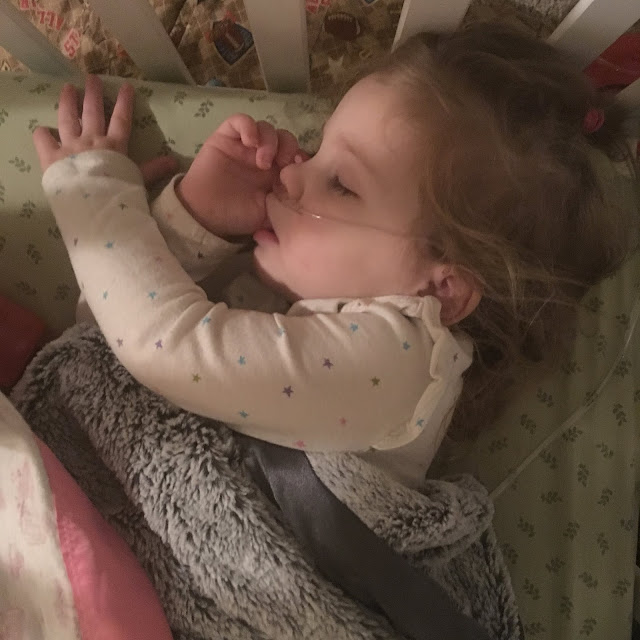 I thanked her for calling personally and we chatted for a moment about the weather. Monday had been very busy in the office with lots of very sick kids, after the holiday and with the weather, she said. Only desperate people would go out, in that weather. She had meant to call but hadn't been able to.

This sleep study had been different from the last one. In good news Tessie does not have congenital central hypoventilation syndrome, the condition that the gene mutation that she had might cause.

In other news, this sleep study painted a different picture than the last sleep study and did put her over the index back into qualifying for a monitor again (although she has somehow miraculously never lost hers). Her desats, which were below 89 for more than a minute, also now qualify her to be back on oxygen.

The first part didn't surprise me. It was what we'd been hoping and praying for. The second part did.

I thanked her several times for calling and took Maggie in to her appointment trying to brainstorm creative ways to convince Tessie that wearing a nasal cannula every night from that point forward wasn't some horrible torture.

The medical supply company brought an oxygen tank this time instead of a concentrator.

"She's on such a small amount tanks will work," the man explained. "And we'll just switch them out."

Yesterday after her first night back on oxygen she was extremely vocal at therapy, which is what we saw the last time she was on oxygen. When she woke up in the morning she started singing along with the PJ Masks song and said "day" in a perfect clear little voice.

It was a brand new word.

And they're going to try to work with her at school on wearing her nasal cannula to see if they can convince her that it's a positive experience.

If anyone can do it, they can.

And that is the latest in the goings on with baby Tess.

It is always an adventure with her.

I did make two videos.

The first is a lot of footage of her having a blast in the children's area of the hospital while I explain what our time there was like:

And the second is a more detailed description of the results: