Being the Squeaky Wheel and a Referral to a Neuro-Ophthalmologist 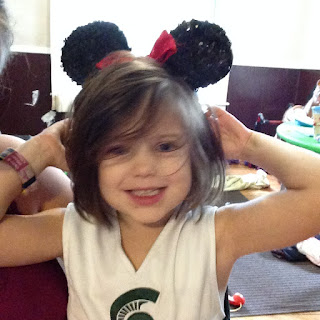 I've been in the midst of attempting to hammer out Maggie's schedule for the last five weeks.  I thought it would be easy when we came back from being gone for two months, because we'd already done it once and I thought that everything would fall into place.

After all, we'd been doing this for almost two years.

It hasn't been the case at all and I've been trying to balance being patient with making sure that referrals have gone through and that insurance companies are on track for approving therapies, since I've been told that this time of year they're reluctant to approve anything no matter how desperately it's needed.

A while back I met a woman at one of Sadie's activities.  She was very loud and extroverted, and her manner held a certain bravado that was immediately off putting to this introvert.

We ended up talking though, while the kids were off together and Maggie came up, and suddenly her manner changed entirely.  Her son, who's accomplishments she'd proudly been telling the group about, is autistic.

She went on to tell me that she used to be quiet and shy, but that years of advocating for her son had changed her and had made her into a different person.

In a way I understood already. 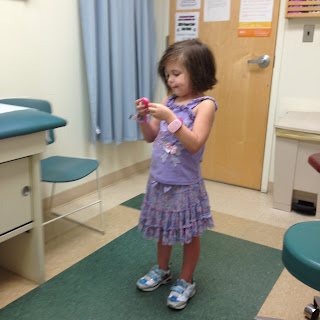 But in this last month and especially in these last few days, those words have come back to me again and again.

I spent a lot of the time on the phone with and in doctor's offices.  I try to always be super nice, even when I'm not getting great news.  But I've also learned that I have to be persistent.  Especially when I'm being told different things by different people in the same office.

The squeaky wheel gets the grease, and I don't really want to be that squeaky wheel, but I also know that I am Maggie's number one advocate and that no one else is going to do it for me.

Which brings us to this past week.

I've been worried about Maggie.  I can't even remember if I have written about this, but we went to the doctor's office back in April, they made room for us to come in immediately, because while she was at therapy her eyes did a thing where one was totally dilated and the other was a tiny pinprick and two of her therapists saw it and were concerned.

We saw the doctor and she said that if it happened again to bring her right in and they would order an MRI, but to wait and watch for now.

When we were California for the summer it started happening repeatedly, often when Maggie was having meltdowns.  When we got home I noticed that there were times when she was calm, in a bright room, and her pupils would both totally dilate and she would get a blanket and put it over her head and lay down in a corner and I would know that she must be in pain, and couldn't tell me. Even at OT evaluation the OT noticed that, in the bright play room, her eyes weren't responding to the light and were completely dilated. 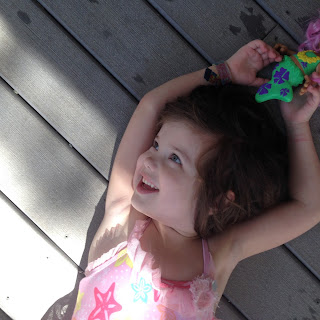 I took her back to the doctor, asking for the doctor we saw that first day, who was so incredibly good with Maggie, and after finding out she wasn't in the office very often we went to see her regular pediatrician.

Maggie's regular doctor told me that she wasn't worried, and she would send us to an optometrist  (we just went this spring), but I was skeptical that an optometrist would even be able to get a look in Maggie's eyes, since optometry appointments have had limited success in that area in the past.  It's not like optometrists sedate their patients and it's not like she can clearly tell one what letter is on the board when she's panicked about being in a doctor's office (which is pretty much her reaction to 90% of doctors).

That appointment was a month ago, and since then I'd heard nothing from either office.

It is, however, probably why I was so shocked when James immediately got the neurology referral that I was so desperate to get for Maggie.  I barely kept myself from saying "so dragging his leg gets him sent straight to neurology but pupils of two different sizes for months on end don't?!?!!"

This week, after talking with Maggie's social worker, I began to formulate a new plan.  I found out that the first doctor that just happened to be on call that day when we went in, is actually a well known autism expert, who's on the governor's autism council, and that that's why she's hard to get in to see.  It explained why she was so fantastic with Maggie, and I figured it was the one chance I had at anyone getting a good look at her.

And a small part of me remembered how, when we first began to realize Patch had allergies, none of the doctors we saw believed me initially because he was "too little" at two months old, but they finally sent him to an allergist after realizing I would be back after every single scary episode, and that it was better to just write the referral, while letting me know they didn't think we needed it, than have me calling to bring him in every time his face swelled up to a frightening size (for those who haven't been around that long, we did need that referral, because he was in fact a two month old with allergies as our first meeting with his allergist immediately confirmed).

If I couldn't get anyone to take me seriously maybe I could squeaky wheel my way into some answers.  Or if I was really lucky, maybe I could get in to see the right doctor. 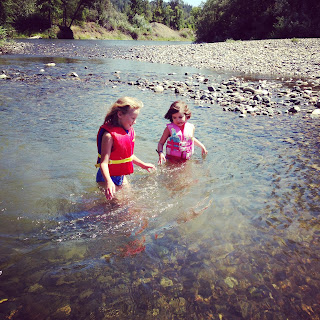 So I called the university's main pediatrics office and explained that my daughter is autistic and terrified of doctors and that this doctor had been amazing with her and the receptionist told me the next date that she would be working and to call at 8 am on the dot to get in to see her on that day since they couldn't book any more appointments ahead of time.

I called at 8 on the dot yesterday.  By the time I made it through the phone tree I was put on hold.  Someone else had made it through faster.  All the appointments were gone.  The receptionist offered to transfer me to the other clinic, where she was working after hours, to see if they could get her in last night.

I called and got a 4:15 appointment.  And this time I asked that we immediately be put in a room since for some reason exam rooms are okay, but that particular waiting room is terrifying to Maggie (it is very, very busy as the waiting room for four offices).

The doctor came in to see Maggie.  I explained that there were some things going on, and that they could be entirely unrelated, but that I was concerned.  Besides her eyes being frequently different sizes, or dilated altogether, she's suddenly stopped sleeping (she was my champion 12-15 hour sleeper until a few months ago) and is exhausted much of the time. 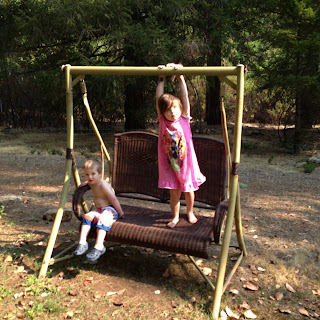 Sometimes, with some doctors, I've gotten the impression that it can be hard to see past Maggie's autism to see if something else is going on that needs to be addressed.  I felt like that was what was happening last month.  So it was a huge relief when the doctor immediately said. "I think she needs to be seen by a neurologist, immediately.  Don't you?"

When she opened Maggie's file she found a referral placed for a neuro-ophthalmology appointment that had gone through this week and I explained that I had no idea how that was possible.  Reading back she found that the optometrist had refused to see her and had said she needed to be seen by a neurologist with the symptoms she's showing.  But it had taken a month for all that to happen and in that time I'd heard nothing and so we'd ended up back in the office.

The doctor we saw yesterday wrote up a second referral, this one marked urgent and sent it through last night.  She hugged me and assured me that I should hear from them soon.  So now we wait.

And hopefully I'll be hearing from them soon and that we'll get to the bottom of whatever is going on with her eyes.
Posted by Cammie Diane at 8:27 AM