On Gluten, Caffeine and Things that Still Surprise Me

I don't know how it's possible, but seeing things that I know demonstrated in a very clear way, still somehow comes as a surprise when it comes to Maggie's diet.

One of the main ways that this has become clear to me over the past two years is with Maggie's reaction to gluten.

In the beginning, when I realized that we were seeing major behavioral differences with her as a result of my elimination diet cooking while we were trying to figure out Patch's allergy, I didn't realize how big of a deal it was, or how minuscule amounts of wheat could cause huge reactions.

And even after it happened the first time, when she had a tiny bit of wheat for the first time in months (one bite of breading on a tiny piece of fish) and was sick for two weeks, I wondered if it was a fluke.
Then it happened again.  It was play dough the next time.  And the same thing happened.

By the third inadvertent exposure a few months later, I could no longer really wonder if there was a relationship between the many physical and behavioral issues that erupted with a teeny tiny bit of gluten.

Despite seeing the reactions in action multiple times, when it happens after three of six months of protecting her from getting into something that will make her sick, I'm still somehow shocked.

I suppose, after seeing how small things can have such an enormous effect, I shouldn't be surprise that a little bit of Coke is having an enormous impact on our lives.

At least that seems like it's the reason behind the week we've been having. 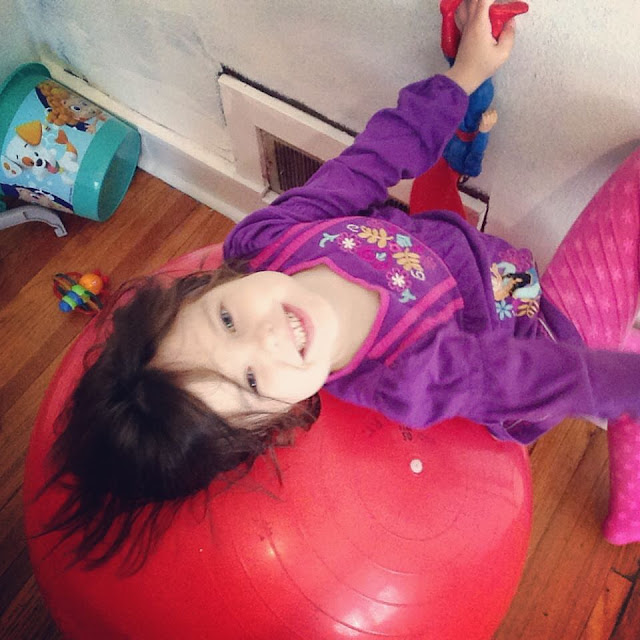 In the last week since the neurologist suggested we give Maggie a little bit of Coke each day we've seen some enormous changes.

The hugest is that she's incredibly calm.  She also hasn't been waking up at 3 am and jumping on the bed for 3 hours.  One day she even slept until 6:30.

The calmness has not gone unnoticed.  Her speech therapist commented on how incredibly calm she was and how many words she was using.  Her OT said she'd never seen her appear so organized and engaged.  And her therapist today told me that she'd been incredibly calm and had the best day since she's worked with her (which is saying a lot since this child loves going to therapy and is in tears if we arrive early and she can't go straight in and start her day).

And the best part is that I've been playing with the Coke amounts and it seems like it only takes a very small amount to have an effect.  I started out giving her about five ounces a day, but she wouldn't finish the cup and the focus and calmness seem to last between 2-3 days.

I'm still playing with the amounts but it seems like somewhere between 3-5 ounces, every other day (and maybe even every third day, I'm going to try to push it back a bit more and see how it goes) results in a calm, less stressed kid, who's better able to do the things she wants to do and make the people around her understand what she's thinking.

I am leaning towards thinking that the Coke is effecting her hyperactivity more than it's effecting any headaches she might be having, but it will be interesting to talk to the neurologist in a couple weeks and see what he thinks.

Despite seeing how it's working out first hand, it's still really hard for me to believe that it's having this big of an effect on how our days go and how she's feeling.  I mean it's Coke.

I'm just glad that right now she seems to be feeling really quiet good and I hope it lasts! 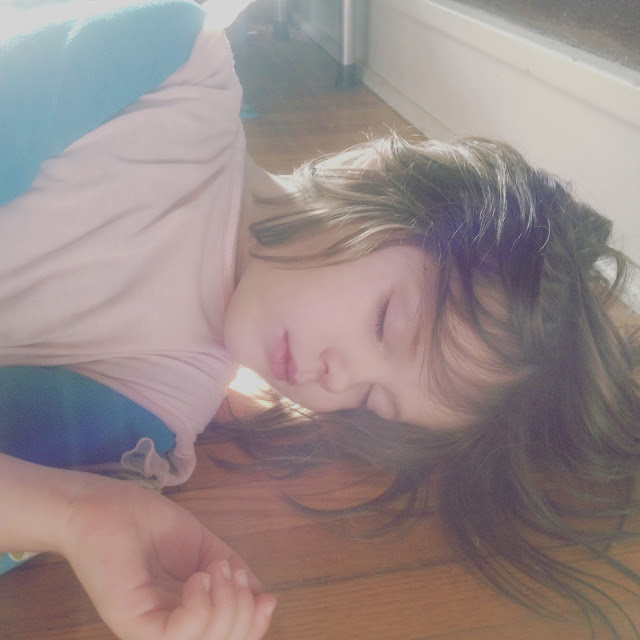 And in somewhat related news (at least to the first part of the post), Patch went in for his yearly allergy retest and he tested negative for every, single allergen.  Next week he goes in for a dairy challenge in the allergist's office!

After not allowing him to have dairy for his entire life up until now I am a little nervous about the challenge, but I'm also super excited about the idea of him having outgrown his allergy!  I really hope the challenge goes smoothly and he can taste ice cream (from cow's milk) for the first time in his entire life!
Posted by Cammie Diane at 10:06 PM