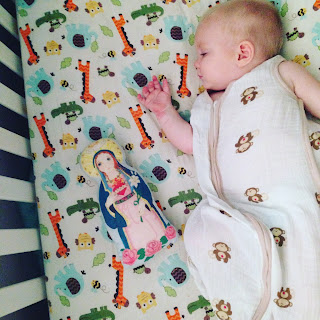 Over the years I've heard lots of people talk about those first newborn months as the hardest to survive when a new baby arrives.  With Sadie, our colicky high needs baby, this was absolutely the case (actually the whole first 18 months of not sleeping more than an hour or two at a time are a blur).

Our last three babies have been incredibly easy newborns, who spent most of their time swaddled or being worn, sleeping.  But there is an age that arrives where I've come to dread the nights (in a much smaller way than what moms with colicky newborn experience) and it usually arrive around ten months.

At ten months old Patch, Maggie, and James all seemed to realize that the world continued after they went to bed and they absolutely did not want to miss a moment of it.  James has reached that stage this week.  And as I tried to convince him to go to sleep last night I began to write this post in my head, trying to store away all the reasons that he would not even try to close his sweet little eyes.

And now here is an abridged list of all the reasons that James does not want to go to sleep (with an attempt at remembering them in chronological order).  Beginning while I tried to convince him to go to sleep in my arms, after realizing that putting him down, and even laying next to him and playing with him on his blanket was just not happening.

He wants to see the cat first.
He wants to grab the cat.
He wants to yank on the cat's tail.
In case you're worried, Kittyfish is incredibly smart and doesn't come anywhere near our younger three while they are awake.  No cats were harmed in the writing of this post.
He wants to scream (happily) while he watched our cat watch the cat across the street from our front window.
He wants to pick up a spoon I was trying to eat dinner with, off of the table.
He wants to eat my dinner (after eating his own and Patch's.  Notably he does not want a snack when I offer it).
He wants to bang the spoon against my bowl.  While I try to eat.
He wants to get down off of my lap.
He wants me to pick him up. 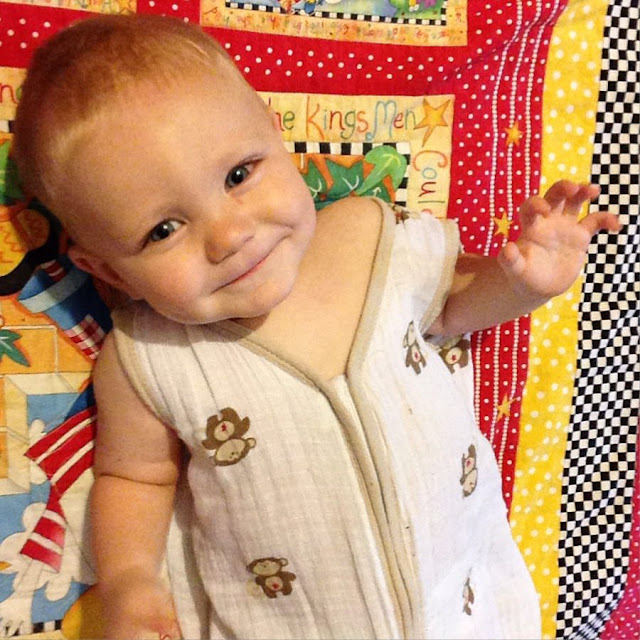 And finally after two hours of trying to get him to sleep he and I fell asleep, only to be woken when a certain two year old who's had a high fever for two days woke up and needed Mommy... approximately half an hour after getting James to sleep.

Thankfully, I was able to get everyone to sleep again in less than ten minutes.

Now if I could only remember how long this phase of not wanting to sleep lasts... It's a sweet time, but it sure is exhausting!