The First Day of School

This week we got back into the swing of things by restarting our school year.  Our years have usually gone from April to April, not because I planned it that way but because that's when we finished our first year of school, and Sadie begged to go straight in to the next year (and since Maggie was having therapy in the other room, keeping things organized and scheduled made a lot of sense).

So we actually started second grade back in April and did a couple months of school, and then took our first three month break ever, since it was basically impossible to take a break when I needed to keep the kids away from where Mae was having her therapy sessions, but going back to California gave us the chance to have an actual summer. 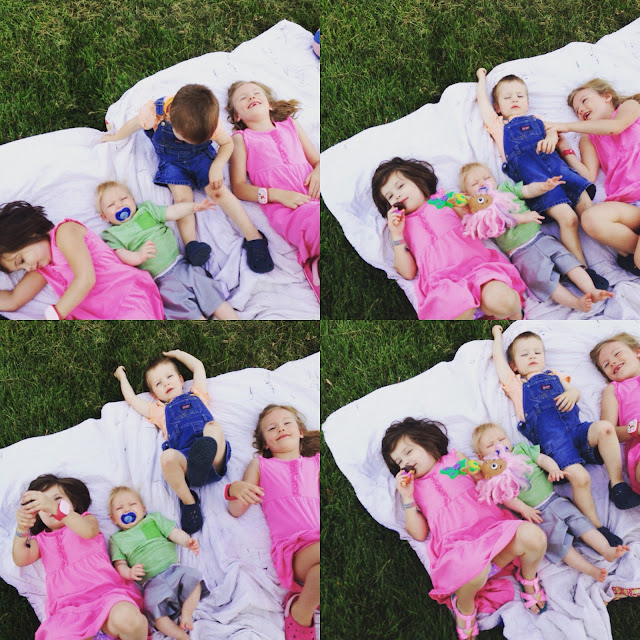 And after a lovely summer of not having any schedule we decided to start back up now that September had arrived.

After a lot of debating how to handle this year we decided to have Maggie go to the therapy center, instead of doing in home therapy, because it was nearly impossible to have her sessions without locking Patch, who very much wanted to be part of them, upstairs, which wasn't fair at all to him now that he'd given up taking naps.  So she's going to the center from 9-12, which she adores, while I do school at home with the other kids in the morning.

And since Maggie is super social that gives her a chance to play with her friends while she's at the center (and for me to get messages home like "Maggie kissed {fill in the name of an adorable little boy I see at drop off} today."). 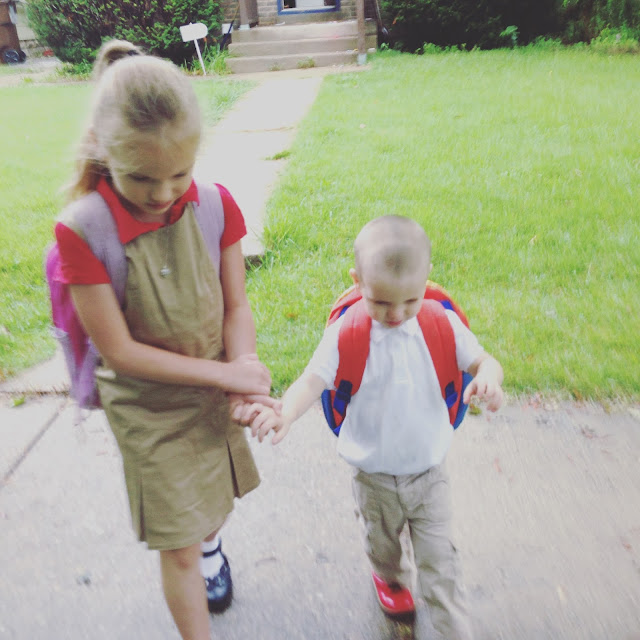 We did decide to try out uniforms this year.  I'd bought them when they were super inexpensive a year ago, but hadn't ended up using them.  They were a big hit with the three bigger kids. 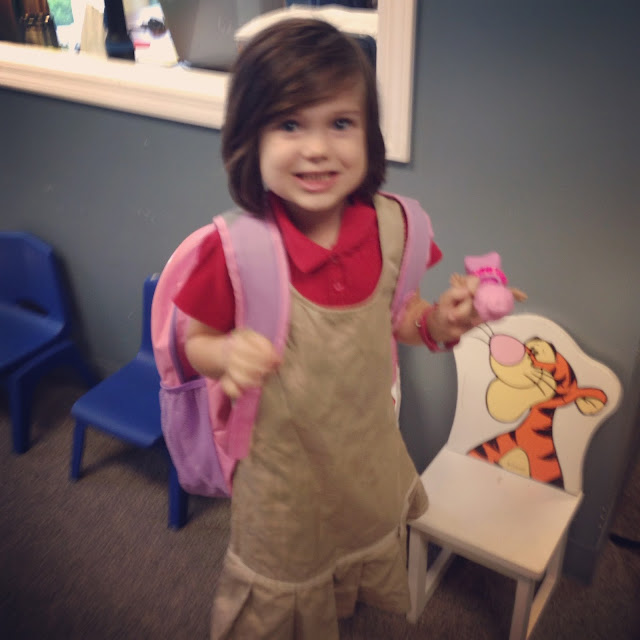 As I dropped Maggie off at the center she gave me multiple hard kisses to let me know that I could leave, right that second, but she did pause and say "cheese" and allowed me to snap one picture before attempting to break down the door to go find her therapist.

After that we took the other kids over to a local science museum.  The local schools all started up on the eighth, so I figured that it was the best possible day to go to one of the usually super busy educational spots in our city, because who was going to be on a field trip on the first day of school? 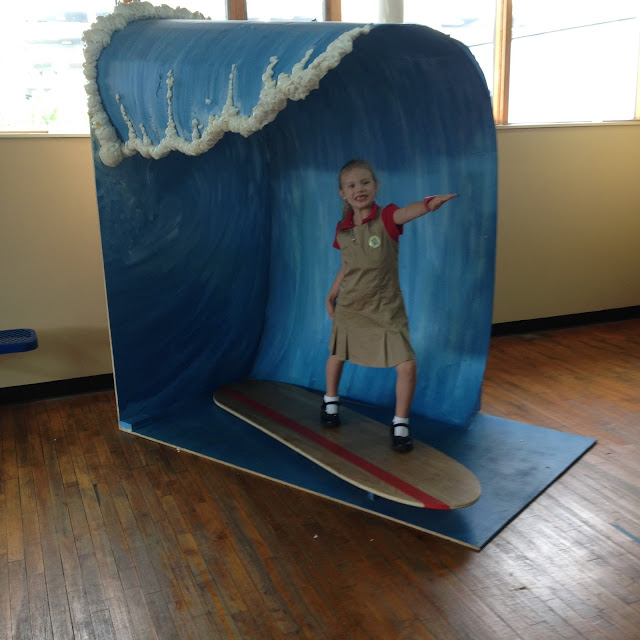 Sadie checked out the dental exhibit, which has been up for a few months already and is one of her favorites, while the boys went with Daddy to play in the playroom. 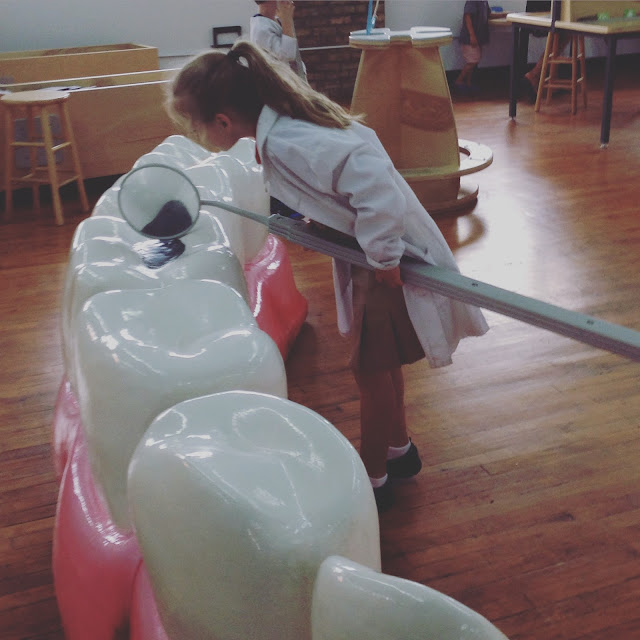 Then she did some castle building in the building area: 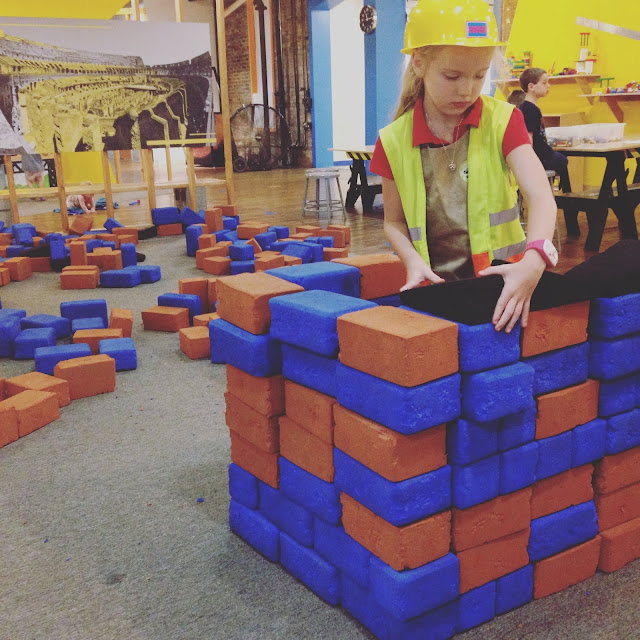 After that the boys came out to join us in the bubble area. 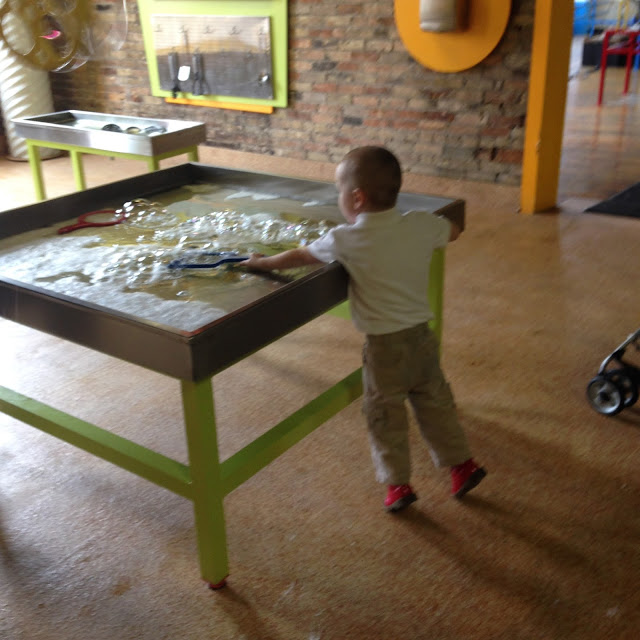 And James even said "bubble!" 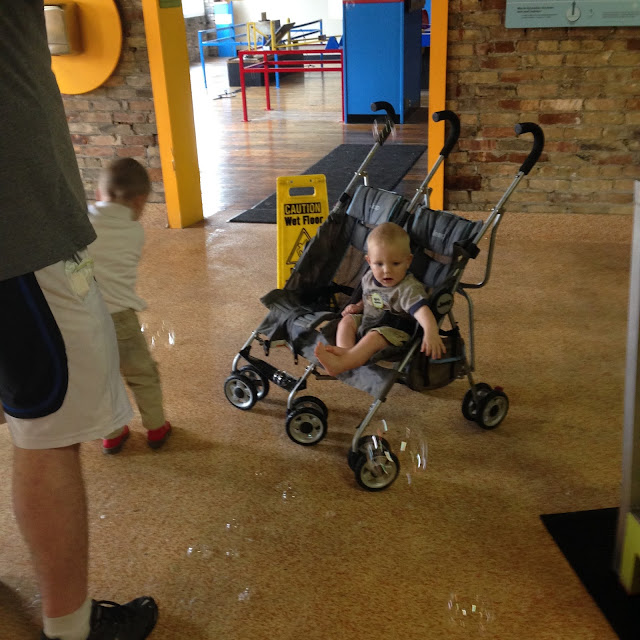 It was almost time to go when we went into the light room: 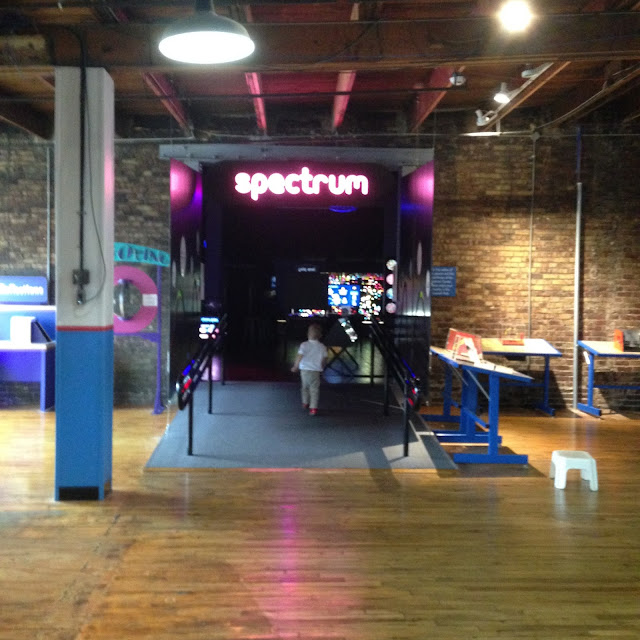 All of the kids love this board.  When you twist the pegs they change colors: 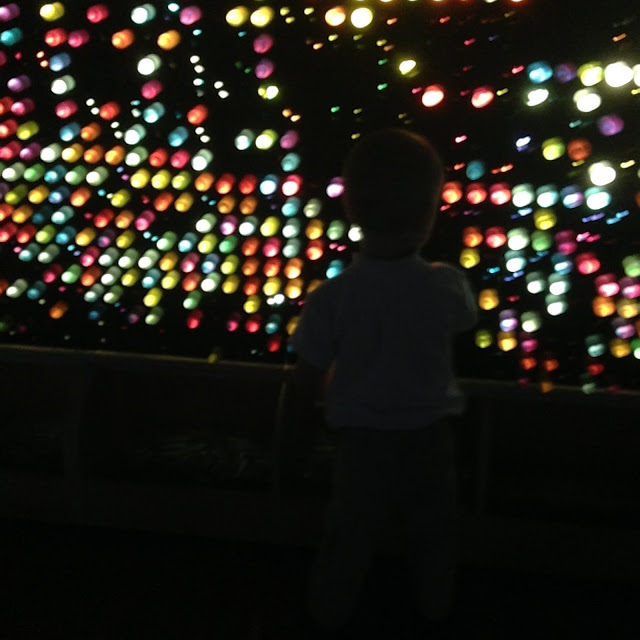 Of course James wanted to eat the pegs. 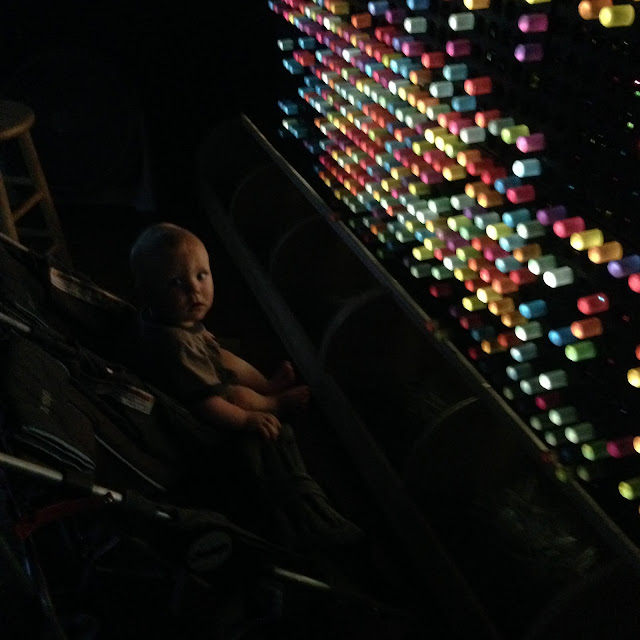 And Patch yelled "Brother!  Brother!" when he found anything interesting, because he just had to show it to James.  Especially the plasma ball. 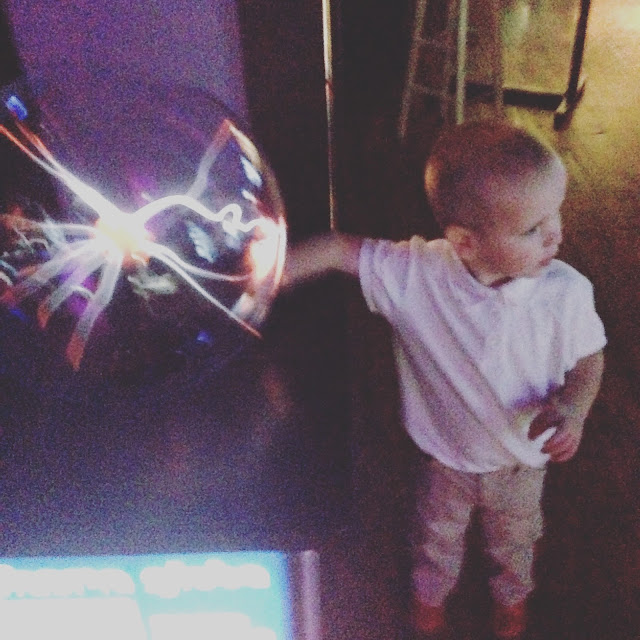 Then it was time to go and Patch made a break for it and I chased after him and followed him to the bird watching station. 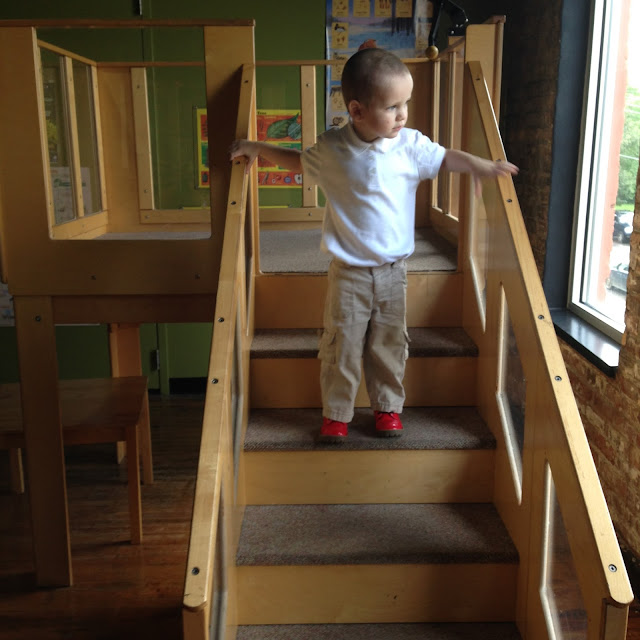 He said goodbye to the fish... 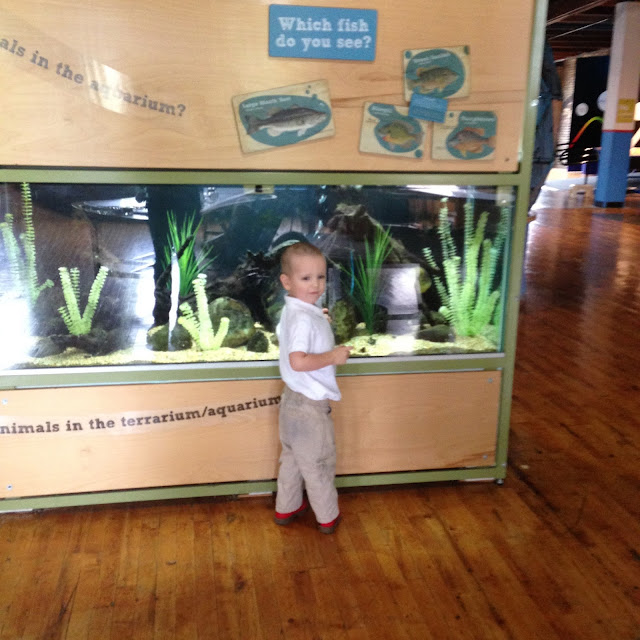 And we went to pick up Maggie: 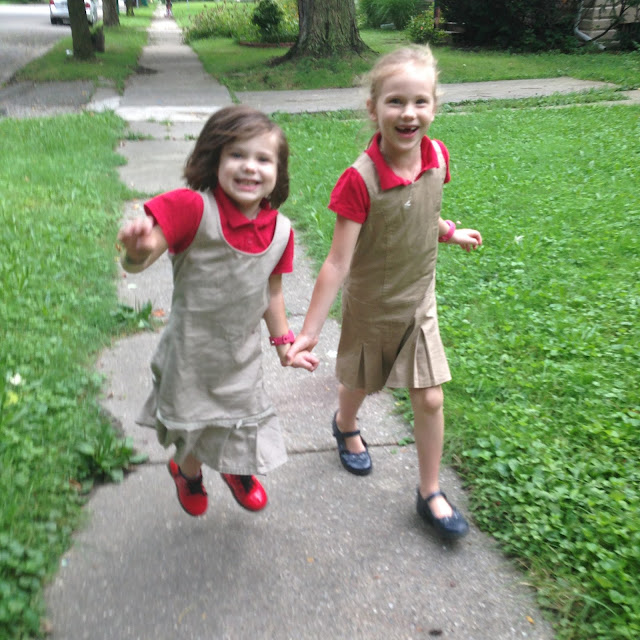 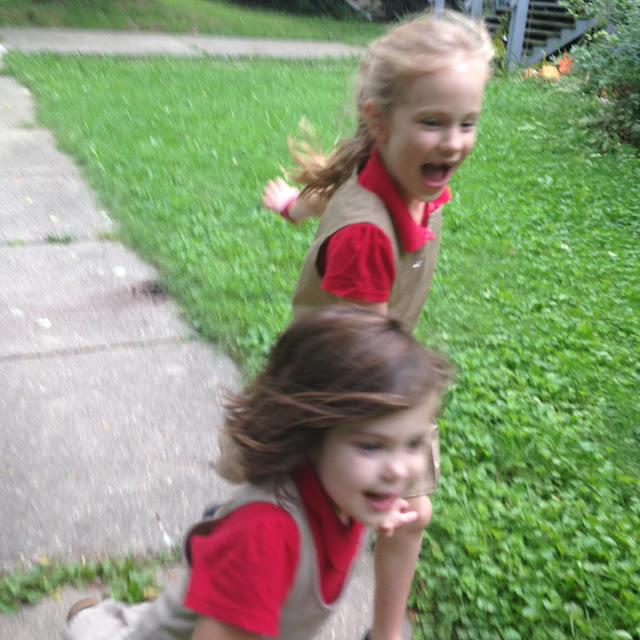 In a truly shocking move this is the first time in her entire life... 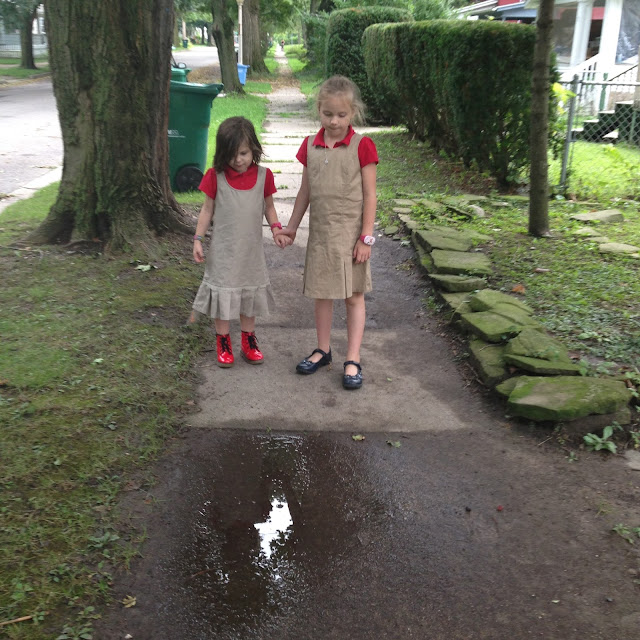 ...that she voluntarily went around a puddle. 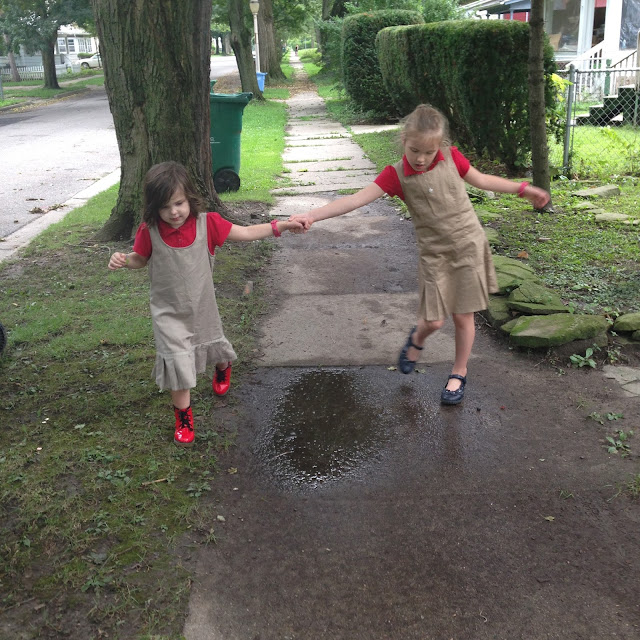 Sadie did ask to do more schoolwork when we got home, so we sat down and did reading and writing and math and all that stuff when we were back at the house too. 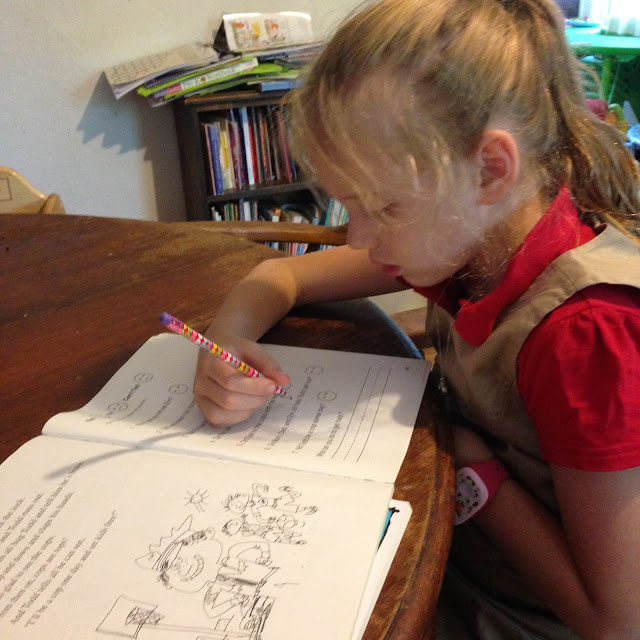 And she remembered that I asked to take a picture with her holding the chalkboard and insisted we go outside and take a picture in front of this particular spot:

I did kindergarten with Maggie after she woke up from a surprising nap, and realized that as long as I can make every lesson we undertake have something to do with mermaid, she'll enthusiastically take part in it.

And of course I have to throw in a few pictures of James having our first day of school dinner. 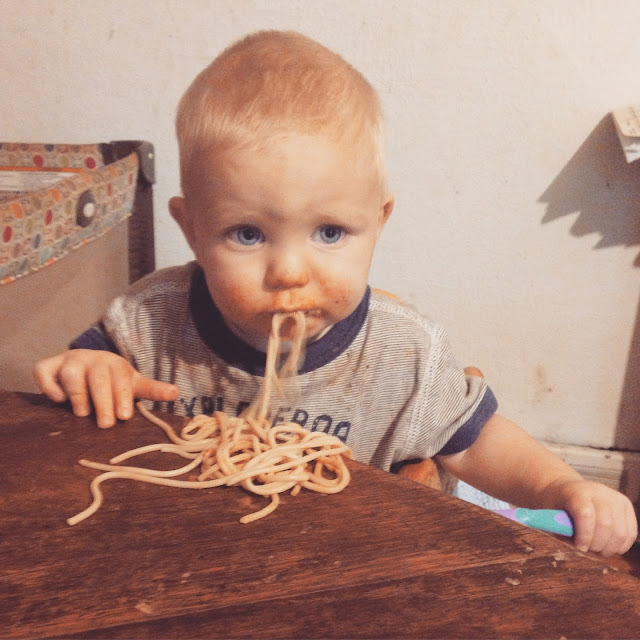 All in all it was a great day! 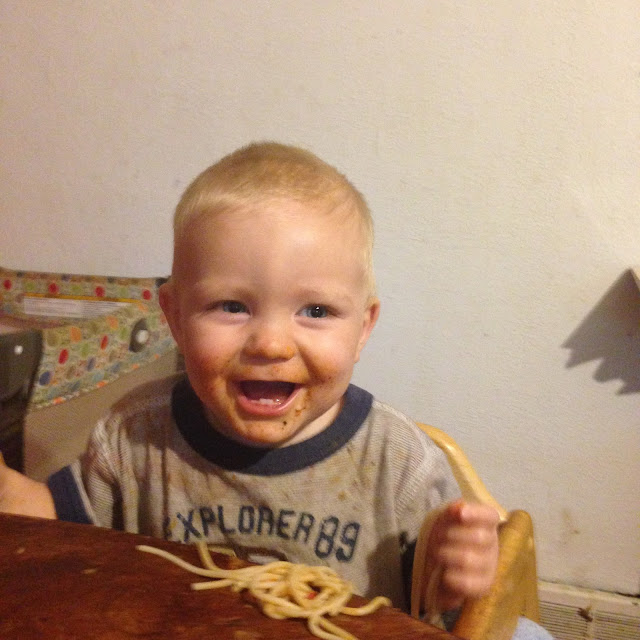 Although it was definitely a little long, since a certain someone woke up before 5 am and stayed up long after bedtime...


Now to take Maggie to see the pediatric neuro-ophthalmologist this morning (arrival time 7:30am)!  Thankfully her BCBA is going to meet us there to help me convince her to cooperate, and hopefully the appointment is absolutely uneventful!
Posted by Cammie Diane at 6:29 AM