This is where we were when I left off writing last night: 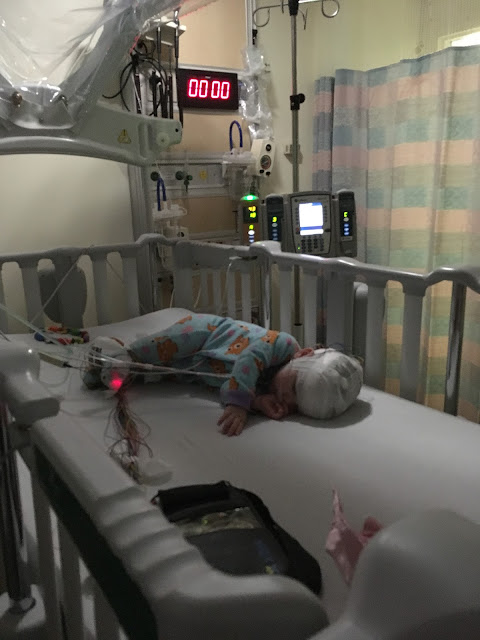 During the night Tessie did not stop breathing and her oxygen didn't fall, all night long.

She definitely wasn't a super sleeper like she usually is, with the beeping alarms and the light that had to be on so that the video camera could record alongside the EEG, and with roughly thirty wires attached to her, but we finally got some sleep and then it was morning.

And she was up and running.  Or at least rolling.  And wrapping herself in rolls of wires: 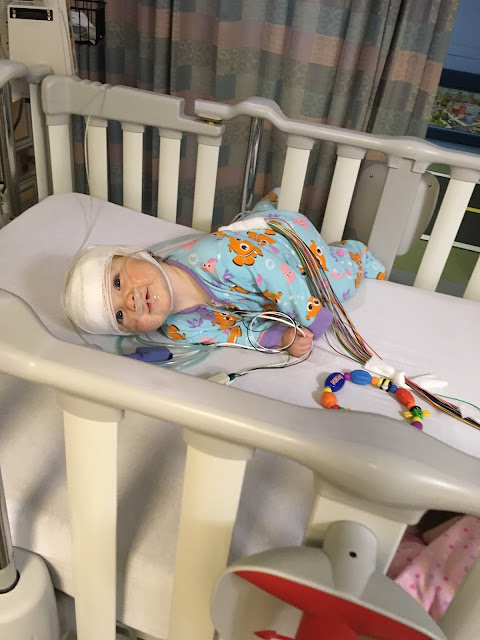 She was not a fan of the nasal cannula that she had in that measured her CO2 levels, because it made thumb sucking rather tricky, but she managed. 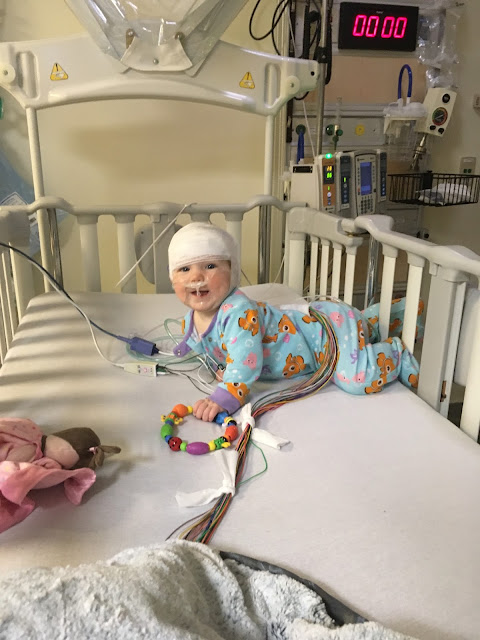 And she smiled and giggled at every person who visited her. And said "hi" to person after person who came into the room surprising everyone.

We met a geneticist, who has a few ideas, and all the tests that were abnormal are being redone to make sure there wasn't any sort of lab mistake.  Because look at her: 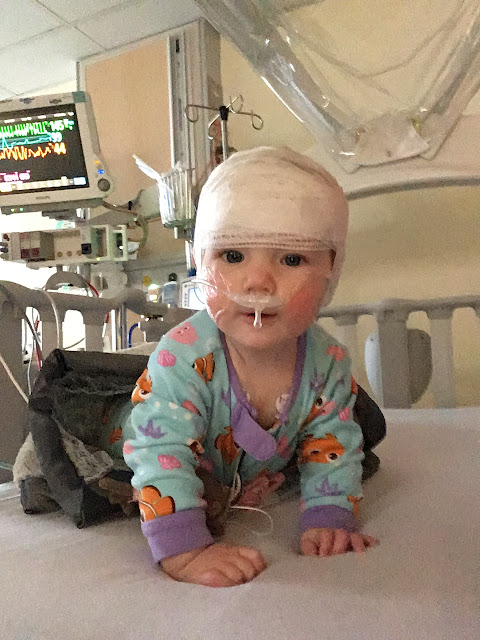 She had a EKG, and two more blood tests and then they let her get unhooked from everything except her oxygen monitor.

She loved it when they washed her head off with a warm washcloth and would cry every time they stopped washing her hair. 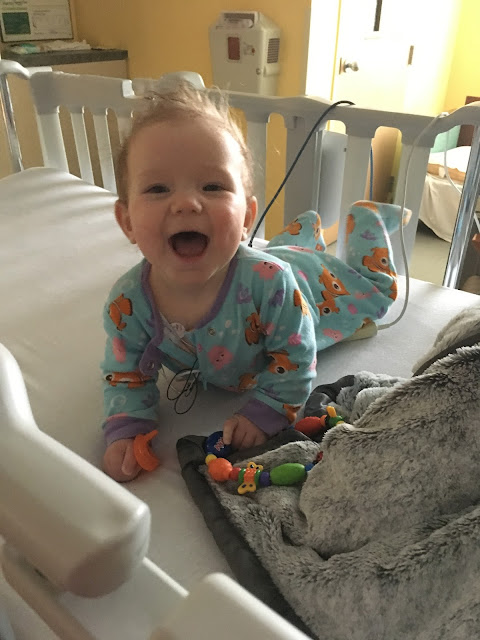 The first news we got this morning was that it didn't look like we were going home today, and then the attending doctor told me he thought we'd be able to go home later, because it will be weeks before all the tests are back and he thinks we can do most of it outpatient since she did so well last night, but we haven't heard anything in about five hours so I'm not sure if we'll still get to.

Patch does have his first ballet class tonight, so I'm hoping to hurry home to take him to that and then hurry back if we don't get to take her home.  Because he's been desperate to go to ballet for two years, and it's finally time.

I'll post more when we know more, and when Tessie lets me since she as not letting me put her down last night, but hopefully the news continues to be good.  She certainly looks like the picture of health while she's awake and if she really isn't having oxygen problems when she falls asleep now, that would be amazing.
Posted by Cammie Diane at 3:10 PM