Today was her neurology appointment.

I didn't learn anything new.  She has central sleep apnea and we should be hearing from her pediatrician in the next couple of days and will learn what is going to happen next to deal with keeping her oxygen levels up at night.

The results from the last test indicated that further testing needs to be done to check for mitochondrial disease, and of course that hasn't changed.

Her oxygen levels at night are falling too low, since for whatever reason her brain stops telling her to breath, and he believes that the pulmonologist that her pediatrician will likely refer her to will put her on oxygen at night.

I will feel a hundred times better when that actually happens. 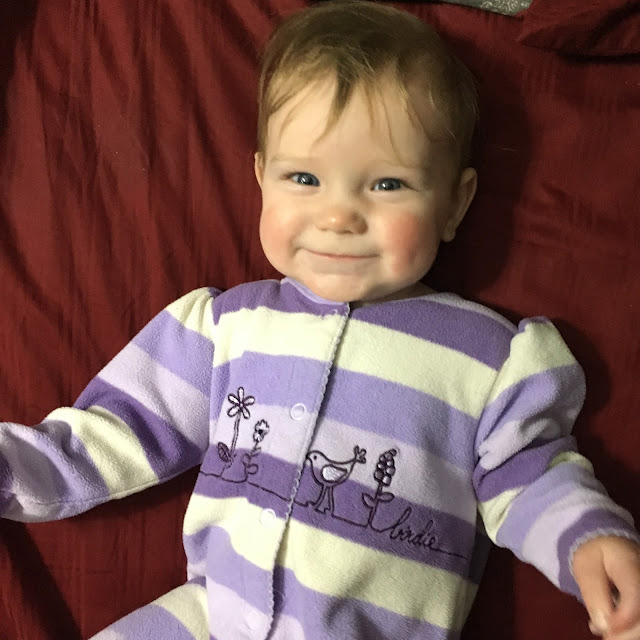 We're still waiting for the MRI to arrive to see if there are any answers there.  He's particularly interested in her brain stem since that's responsible for controlling breathing.

When we were walking out he said that if she hadn't been doing so much better today (which mainly meant being awake and staying awake longer, although she was showing off her gross motor skills too) he was going to have her admitted to the hospital.

But because she was much more alert and played the whole time instead of passing out halfway through the exam she got to come home. And for that I am very thankful.  But I'm also unnerved when I think of how much she was sleeping before and how that was likely because she wasn't getting enough oxygen. 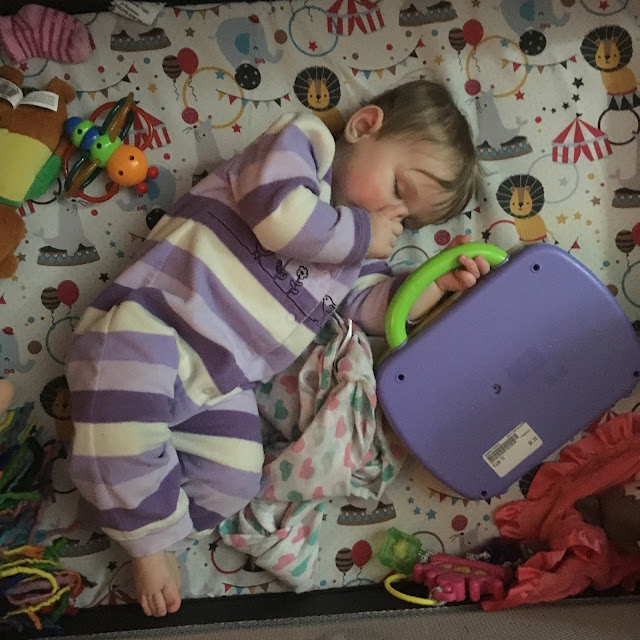 And so now we wait on the results from a new list of tests to see if they offer any new answers. 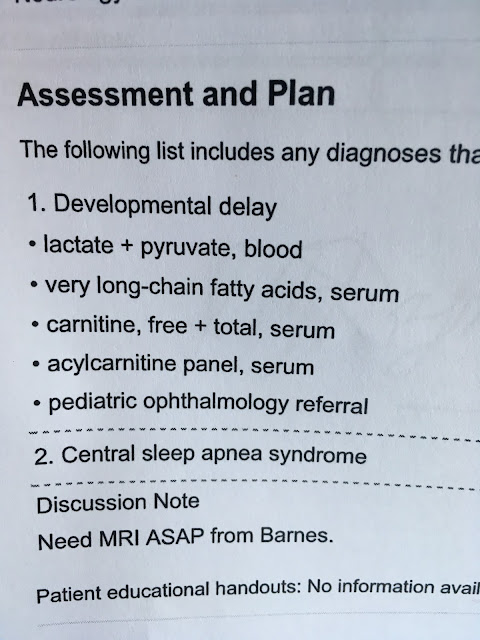 Thankfully she has been more wakeful and is my super cheerful, strong baby who's working on crawling. 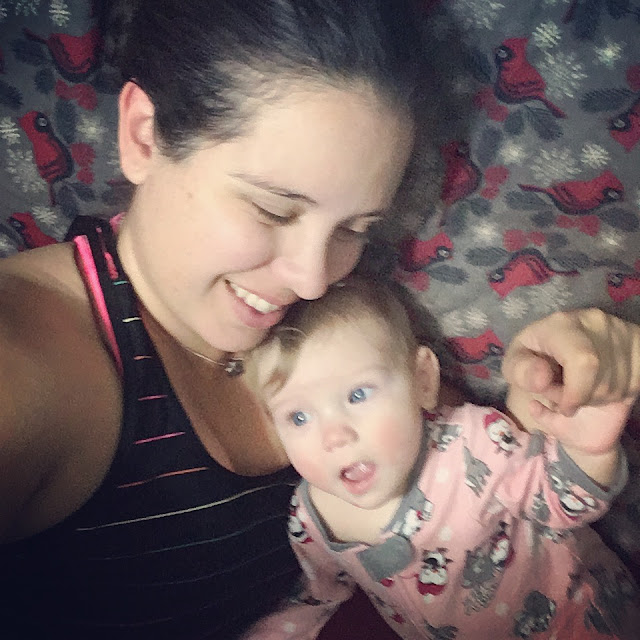 Thank you for the prayers.  If you have a moment to say a prayer that the next round of blood tests goes smoothly tomorrow we'd appreciate it.  I was supposed to take her tonight, but the sidewalks were so icy when we came home from ballet that Sadie and I could barely stay on our feet, so tomorrow it is. But taking Tessie to blood draws is one of my least favorite things.
Posted by Cammie Diane at 10:30 PM