Yesterday when I made that vlog  I was taking deep breaths and trying not to descend into the fifth grade drama of screen shots.

This morning I woke up to discover, via friends still in the group, that my name had been dragged through the mud.  The admin that had had a problem with me, had returned to the group and declared that I'd been kicked off because of my behavior in private messages.

At that point I decided that I needed to defend my name.

I'm sorry no.  You don't get to lie about me and say that I did something that I didn't do.

It also came to my attention, from friends in the group, the Kellie went back and deleted quite a few of things that were said about special needs children.  I unfortunately didn't get screen shots of everything that was said.  But I got some highlights of our interactions, because I suspected she might twist them.

I don't take screenshots in private groups.  In fact I didn't know how to take screenshots with my computer until two days ago.  But when she began to ask me to PM her I had... a bad feeling.  And google was my friend.  And screen shots... well, they felt like insurance against her lies, which ultimately proved true.

My blog is small.  I know that.  Way smaller than the group.

But I also don't like being lied about in a group where other women who I respect remain.

And a lot of people agreed.  And a lot thought it was funny.  And I avoided interacting with Kellie. 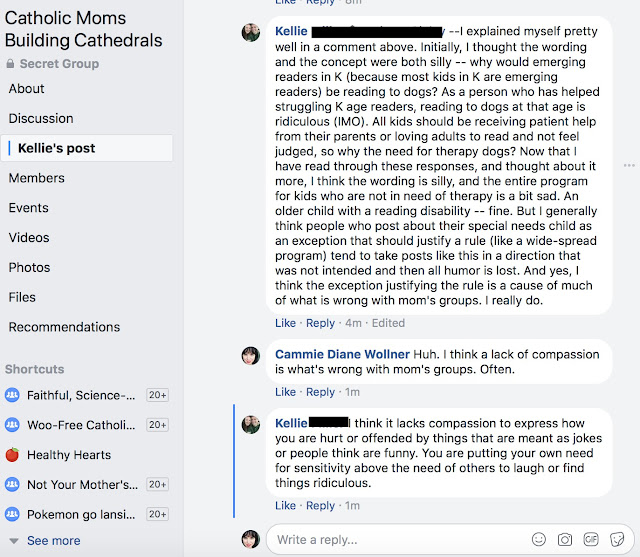 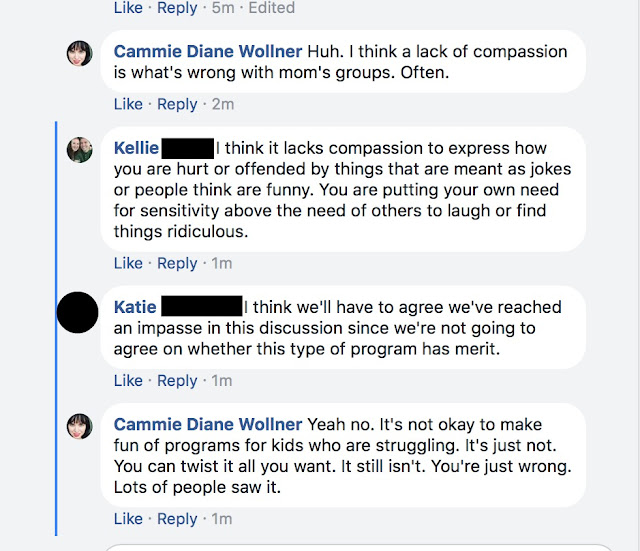 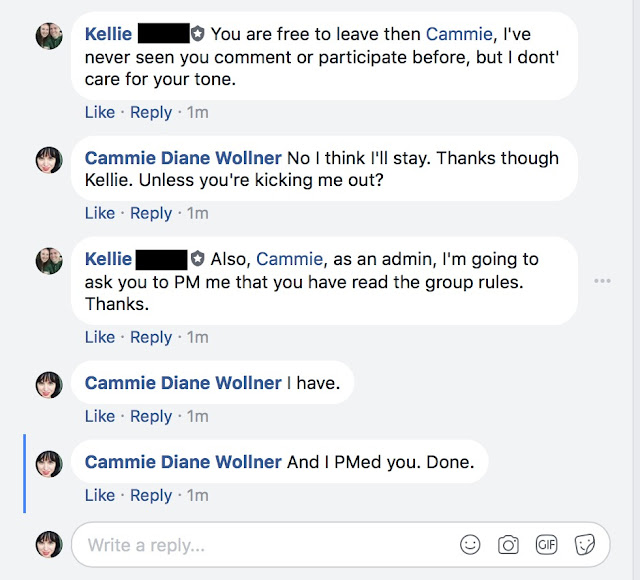 Now there is a post missing here in which I said that it was true that I wasn't super active in the group because I'd seen some ladies come down pretty hard on other ladies for... well... all sorts of things.  It was reminiscent of the early days of this blog really.  And I said that the reason that I replied was that some of the things she was saying about special needs moms made me feel kind of sick.  I wish I had a screen shot of that comment but I didn't get it before I was banned.

And she told me that was why I was kicked out in the following message.: 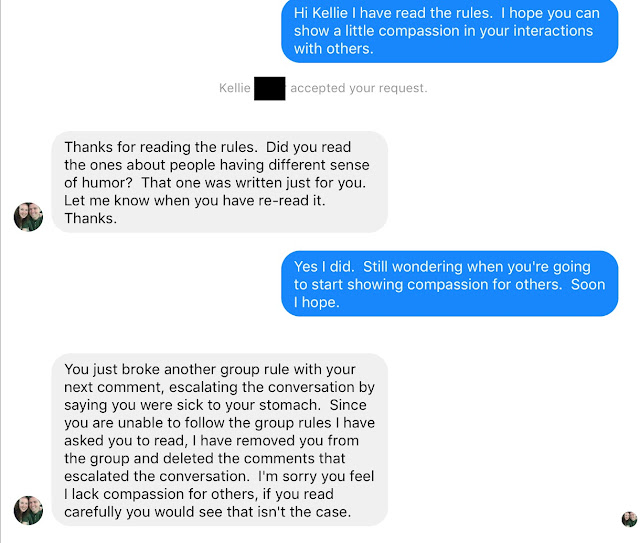 I've since learned that Kellie's been spreading around the group some pretty huge lies about me.  That this text that she asked me to send her was harassing.

So here it is.

For the world to see.  Her words and mine.

Because I have nothing to hide.

I'm not sure she can say the same, since she lied to me about why I was kicked out and then lied to the group about my behavior.

If you have a kid with special needs I'd be careful about Catholic Mom's Building Cathedrals.  It's not a place that's friendly to those with disabilities with this admin in charge.