After a few fairly relaxing months, where life sort of went along according to the same daily schedule, the last week has been a whirlwind of appointments and it seems that all of May is promising to be more of the same. 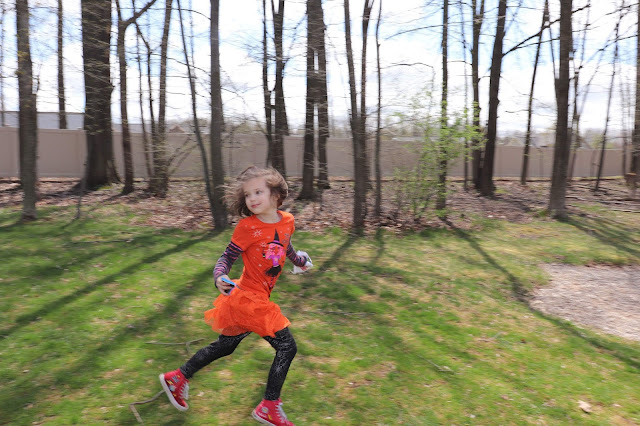 Tessie outdid herself by having a second scary night last week, although it didn't last quite as long as the first set of apneas.

Basically both times she stopped breathing repeatedly over the course of an hour, with her little monitor beeping almost every minute, and instead of beginning to breath on her own like she usually does she just... didn't... until Paul or I got to her and rubbed her back or chest or moved her around and got her to wake enough to start breathing again.

The timing wasn't bad though, because she was due for her semi-annual sleep study yesterday anyways. I had pushed it off as far as I possibly could (because every time she has one we're in danger of losing her monitor) but it was time and it did work out well.

We have noticed that these "attacks" for lack of a better way of referring to them, tend to happen on the days when she is extremely tired. They happen when she refuses to go to bed for three hours (which is rare) or when she refuses to take her afternoon nap (also rare).

So on Friday the goal for the day was to keep her awake. The added challenge of keeping her awake was that we had to drive to the Children's Hospital and an hour and a half in the car nearly always puts her to sleep. 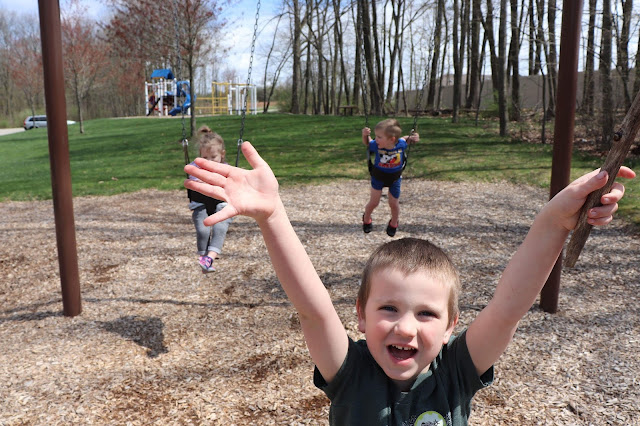 I came up with a plan. Paul took the day away from his office. The kids left school early. And we all went to Grand Rapids together, with Sadie and Tessie riding in Paul's car, and Sadie entertaining Tessie so that she wouldn't fall asleep.

First though I had to get through my abdominal CT, which was worse than I expected, because the three bottles of barium solution made me feel really horribly sick.  I won't go into details but it was... unpleasant. But probably is maybe still more pleasant than the upper and lower endoscopies I have later this month (at least I'll be asleep?).

But after that was through we picked Tessie up from therapy, picked Maggie up from school, and headed north.

When we arrived in town we took the kids to a park to play and out to ice cream, before it was time for everyone except me and Tessie to head back home.

Tessie and I wandered around a few stores for a bit longer and had dinner at the hospital and then it was finally time for her sleep study. 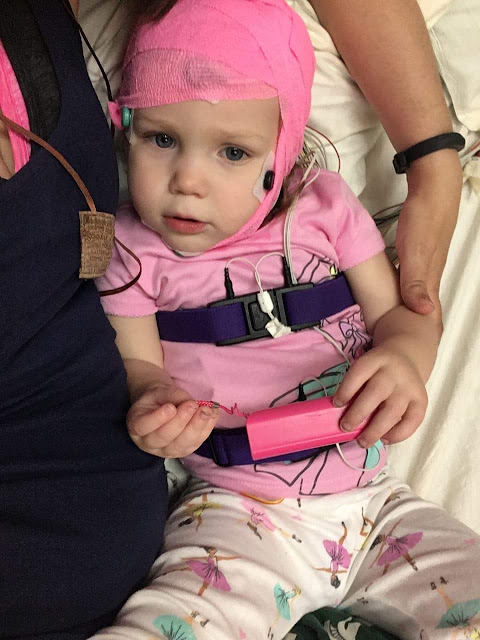 And it went better than I could have hoped.  She did have a hard time with the nasal cannula, which we expected. The one they use for the sleep studies has a part that hangs down in front of her mouth and it gets in the way of her thumbs sucking... which is about the worst thing Tessie can imagine.  But she was so exhausted that she fell deeply asleep, we got the cannula back in after she'd removed it, and she only fussed when it had to be adjusted a half dozen times during the night.

And we were up at 5 and on the road by 5:30 and home before the other kids were even out of bed.

And now I can hardly keep my eyes open because sharing a hospital bed with Tessie is not particularly restful, but hopefully I don't have to do it again for six more months.

I have no idea how it actually went. I've never seen her stop breathing during her previous five sleep studies, but she always has, so the fact that last night seemed totally normal doesn't really mean anything.

Tessie does have an EEG on Monday, which is the next big thing on the schedule.  It will be the first non-sedated EEG (that isn't a 24 hour EEG) one of our kids has had (Maggie's short EEGs have all had to be sedated).

I also found out via a conversation with a neurologist who isn't Tessie's that apparently one of the main reasons for the MRI on the 1st of next month is because the MRI last year was "inconclusive." No one had ever mentioned that to me before. So. There's that too. I asked questions and still have no idea what that means. I guess it doesn't mean anything.
Posted by Cammie Diane at 6:43 AM