I covered some of this in the video last week, but I promised I'd catch you all up on Sundays in print so I'll repeat some of that here:

Tessie's losing her monitor, because she had a good night and only stopped breathing five times when we were at the hospital, but mostly I'm the one who feels like they can't breath.

I think I've felt like I'm having a panic attack five times in my entire life, a crushing feeling like when I had pneumonia and just couldn't get air into my lungs, and three of those times were in the last week.

First, so that this makes sense, I'll admit that I have a general distrust of non-medical monitors. 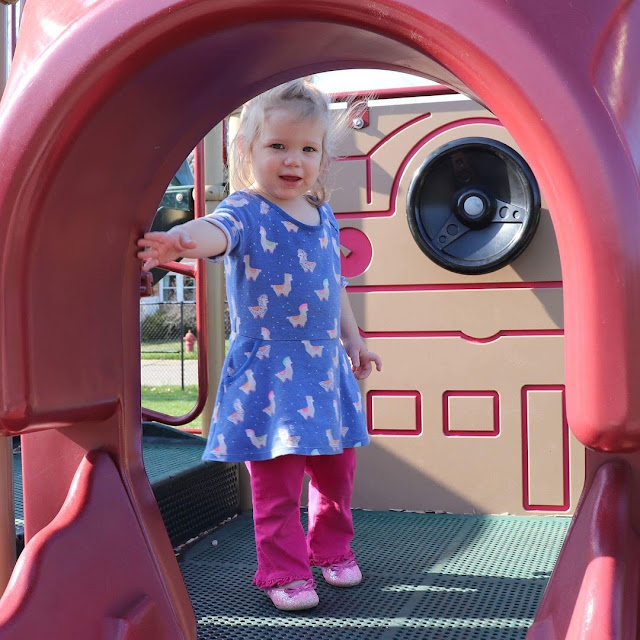 Before Tessie had her medical monitor we bought one. It was a Cocoon Cam. It had rave reviews on Amazon. They said they were being tested in prestigious NICUs and would be the next big thing. A video camera that picked up babies breathing and sent alarms if it didn't detect movement.

It was a couple hundred dollars that we didn't have. But we got together enough money and ordered it because it felt like a matter of life and death after we'd seen her stop breathing so many times and had those test results from the first sleep study.

And we got it and it said she wasn't breathing many times during the night.

And the second sleep study came. And it said that she had severe central apnea. Again. Like the first one had. And finally everyone believed us and agreed that she really had it now.  And we got the medical monitor.

We set it up but we kept the Cocoon Cam up above her bed. We had been careful to get the correct distance so that it only showed her mattress and nothing else. And I watched them both. 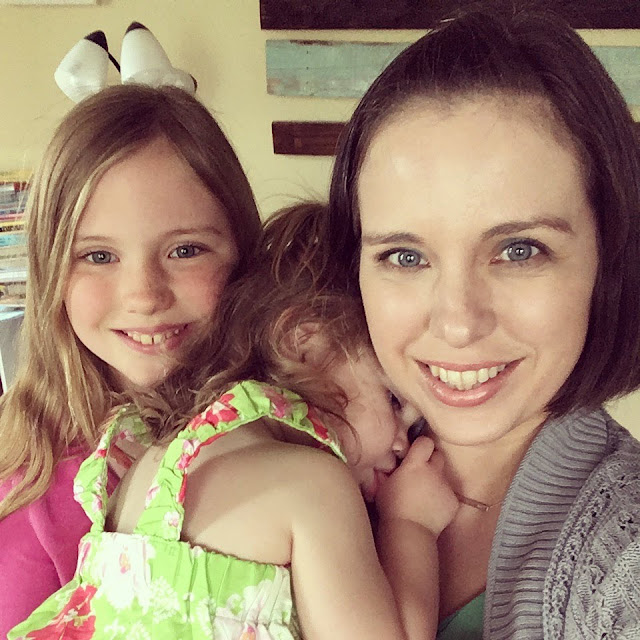 See the problem with all the positive reviews was that those babies didn't (probably) have apnea. The monitor offered peace of mind without really having to do its job.

I left a review and the company quickly fired back saying it wasn't meant to be a medical device and that I'd probably set it up wrong anyways, even if I shouldn't be using it with a baby with apnea.

I had not set it up incorrectly in those days when I'd been desperate for it to work for my daughter.

The next time I tried to plug it in, when Tessie was threatened with losing her monitor for the first time, and I was desperate and thinking something was better than nothing, it had been sitting on a shelf for a couple months, it wouldn't even power up.  We got maybe a month of use out of it, before it became a very expensive paperweight.

So I find myself skeptical of every monitor that isn't medical grade.

But I also know that her monitor isn't perfect.

It tells me when she isn't breathing. That alarm goes off and I can run across the room and feel the stillness of her chest.

But it has never recorded an apnea and sent it to her pulmonologist. Ever. Which is one of the reasons that they think she should be fine without it.

Because even when I point out the six bad sleep studies and "do you really think that she was really having no apneas during all that time between the really bad sleep studies when she was at home and on the monitor and only had them on those nights at the hospital?" everyone just sort of shrugs.

Probably because it really doesn't matter if it wasn't recorded by a computer.

I do have a plan.

We're going to order a crib, an Owlet Monitor and an Angel Care Baby Movement Monitor as soon as Paul's billing comes through. I'm praying this setup works better than the Cocoon Cam.

At the moment there have been some hiccups with that, so his bill payments are an every other month event (or slightly longer event that also makes me feel like I'm having a panic attack), that is currently a few weeks late.  A number of people have asked about a Go Fund Me and we haven't done that... but so many people have asked that I did make this Tessie Wish List with the items we're planning on using.

In much happier news, Tessie is shocking all of us with her progress in therapy.

She is doing so well.

Her therapist had me come in to talk about her this past week. She wanted to show me the graphs of her progress.  She has gone from 0% in so many areas to 100% (in things like eye contact and pointing). And three times last week she lifted her arms for me to pick her up, which totally made my entire week. 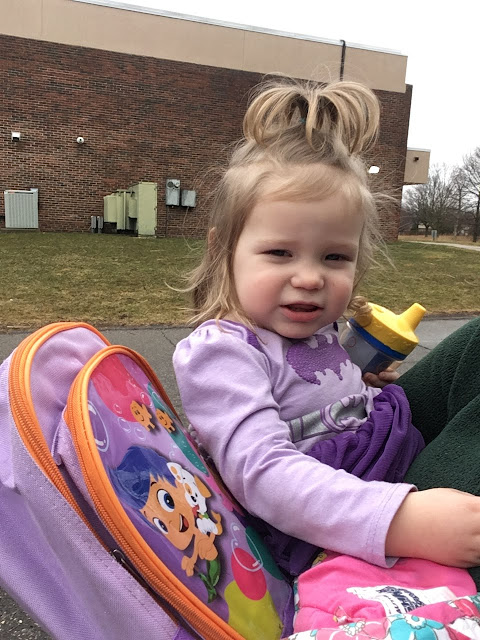 She's also known as something of a stubborn little diva (not my words, but everyone feels they're a pretty accurate description) around the therapy center, who demands to do things her own way and who has a tendency to refuse to cooperate when she's being shown something, only to turn around and demonstrate the skill on her own five minutes later when she's playing.

In perhaps her most shocking moment last week, Tessie walked up to the electronic key code door and punched in the four digit code then hit the top button so the light turned blue and the door knob turned.

She reminds everyone a lot of Maggie. 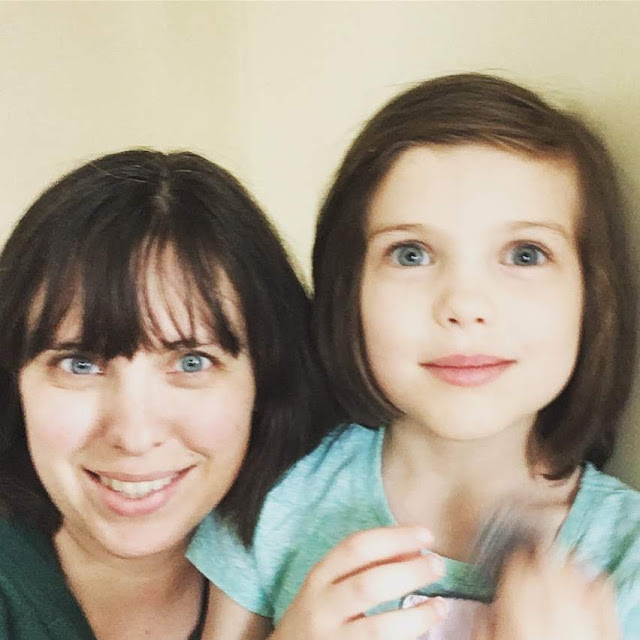 In non- Tessie related news I have my upper and lower endoscopy this week (boo) and hopefully that will be as uneventful as the other biopsy which found everything was normal according to the emailed results I got a few days ago.

Sadie and Patch's dance performance is coming up in a few weeks.

Patch only has four days of preschool left. 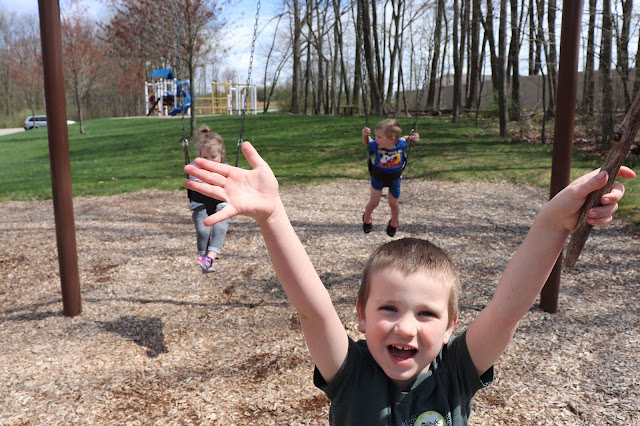 And I register James for preschool in a few days.

It's that busy time of year and every week feels like it's going by faster than the one before it.

Now to run and get everyone ready for Mass.

Because for once no one has pink eye or strep (finally) and so we all get to go together at the same time.

And that totally makes my day.
Posted by Cammie Diane at 9:22 AM