We have had quite the week.

The best part of it was today.  Nani and Bopa arrived in their truck, having driven all the way out from California, with one sweet tempered and one ornery cat along for the ride, and the excitement when we got to see them for a few minutes on their way to their new hope was palpable.

They are here to stay and we could not be happier.

Because the kids were having a bit of a hard time waiting for their arrival, and because it was 91 degrees in our part of the Midwest this past week, we broke out the baby pools and the kids had fun while the time began to pass much faster than it had when we were indoor waiting (no one really wanted to play outside when it was that hot and humid until the pools arrived from the garage). 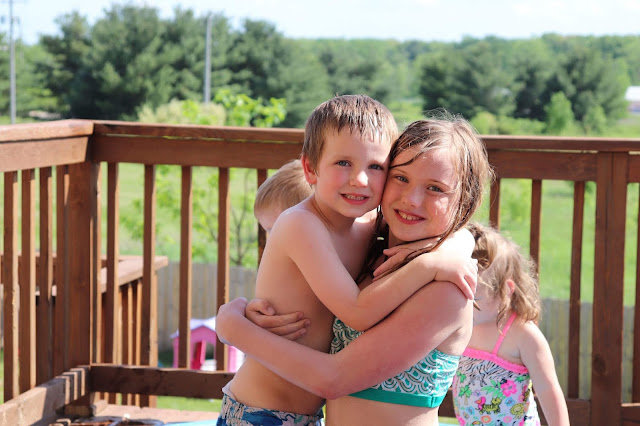 This week we registered James for preschool next year. And the year after we think he'll be in the "Young Fives" kindergarten class, which is hard to imagine. If everything goes as expected he'll then do a second year of kindergarten in one of the big kid kindergarten classes.

After watching every other kid in the house go off to school (since that's what he calls Tessie's therapy too) he is so incredibly ready. 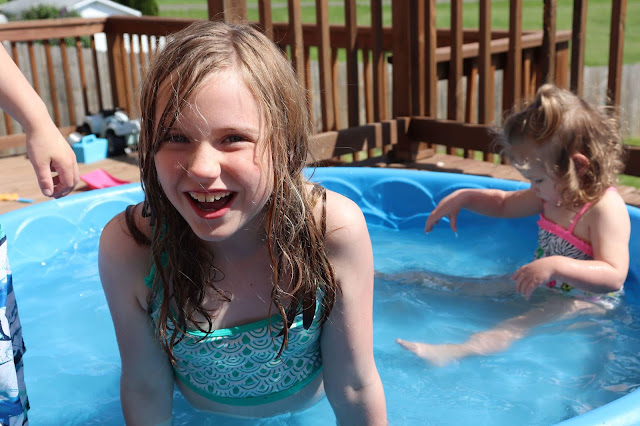 In surgery news, I managed to make it through the pre-op prep for my upper endoscopy and colonoscopy.

And as everyone assured me the prep was, by far, the worst part. All I had to do for the surgery was fall asleep and then wake up, groggily and walk as far as the car so that I could go home and sleep more, while Paul took a day off of work to stay home with the kids.

The doctor sent off some things to be biopsied and tests for bacteria but did not see any damage while he was doing the scope, which was good news.

And I am so glad that THAT is over. If I have to have a repeat in fourteen year it will be too soon. 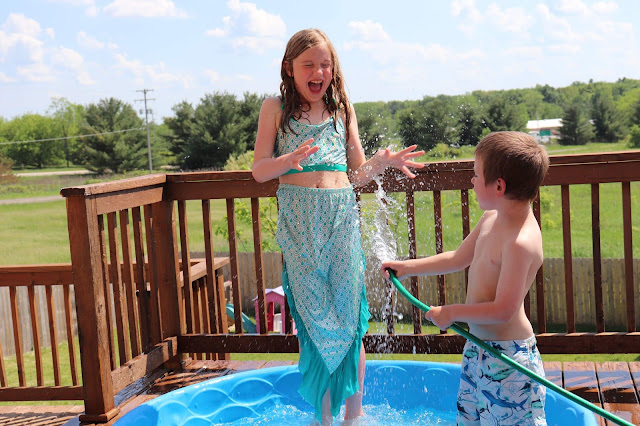 As Tessie demonstrated in the video I posted earlier today, she can now apparently climb ladders, very quickly.

I didn't know this, however, until I heard giggling in Maggie's room. I went upstairs, to check on Maggie and found that Tessie had joined her in the top bunk of Maggie's bed and that the two girls were giggling hysterically together.

Upon seeing me Tessie decided to climb down, which looked quite a bit like throwing herself from the top (behind first at least) without too much care for where the first ladder rung was, and I ran over and managed to catch her and put her down gently.

But for the rest of the day she kept trying to sneak back upstairs to climb up in the bunk bed and give the ladder another try. 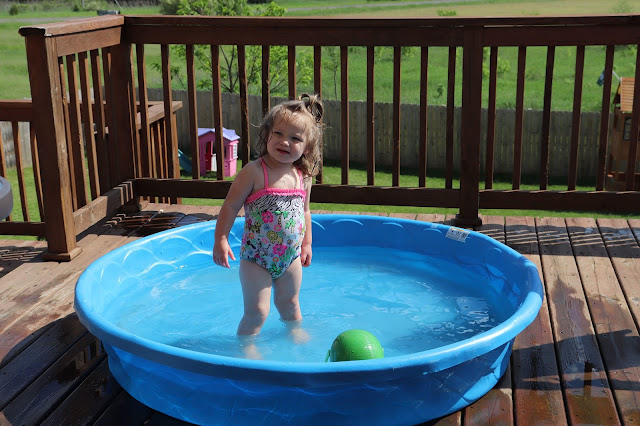 And now, the Nyquil I took for my cough has me just about falling asleep (my eyes keep closing while I'm typing) so I'll leave you with a few of my favorite photos from today's "Pool Party." 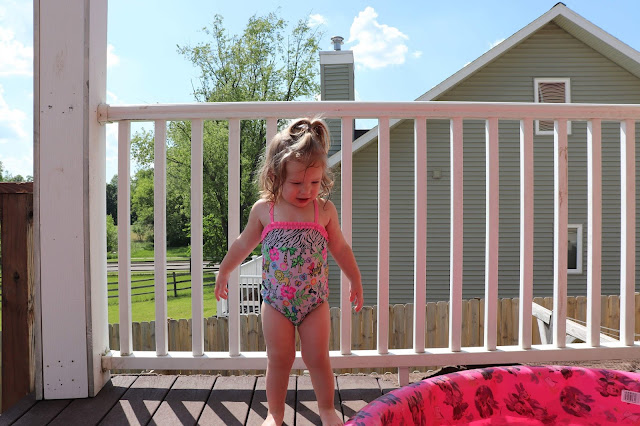 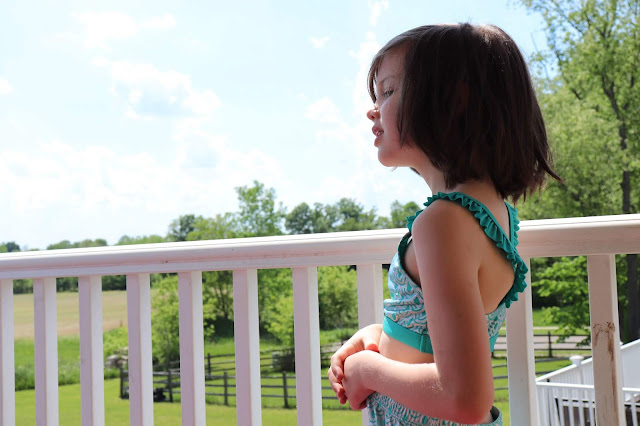 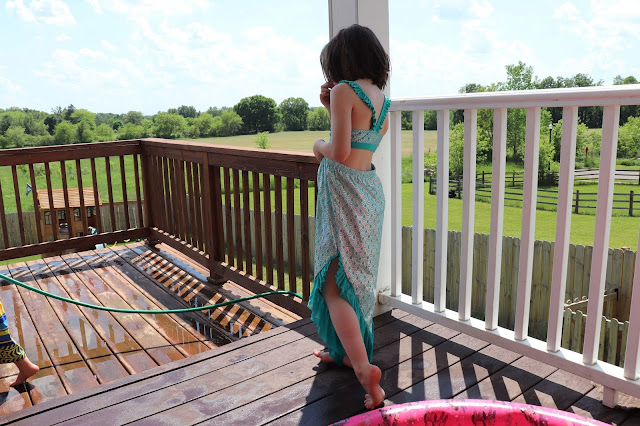