The Moon and Taking Off Her Backpack

Maggie has found a new passion. 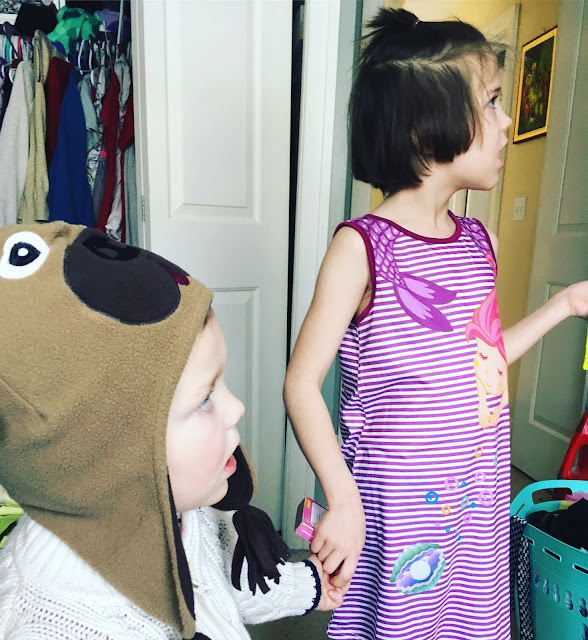 For the first time in years she's found an interest that rivals mermaids.

I first posted about it on Facebook when I told this little story:

"The other day Maggie was strolling by and said “Sun. Moon. Planet.” And then pointed out the moon outside the window.
Now she primarily speaks in scripts (when she's at home), the same ones over and over again and usually lists of nouns. Rarely anything new. This was new.
So I said “Comet. Meteor.” Just to throw something else out there and she turned around around and gave me a huge grin.


Today I was sitting in the same chair and Maggie strolled over and said “Moon. Sky. Satellite.” before continuing on her way across the living room.
Did we just have a conversation that wasn’t about mermaids?"

For the past few days she's kept bringing up the planets and has been extremely excited every time the moon has passed by one of the windows in the house.

When I described her new interest to Paul I said "You know those old videos of teen girls seeing the Beetles? Like that.  But with the moon.  Outside our house."

I finally put on a show about the planets on Netflix and sat with her to watch it.  Every time the moon came on she would cheer and ask me to lift her up to the TV so that she could touch it as it passed across the screen.

Then she ran into the bathroom and returned with something cradled in her hand. She stared at it for a moment and then brought it over to show me.

As she held out her hand she whispered "Moon Doll." 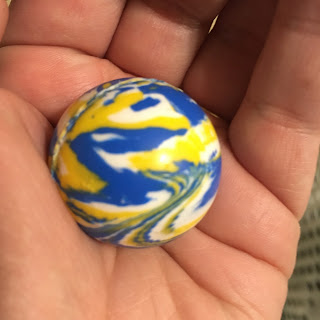 My heart just about split in two.

I love her so much.

The social story didn't work out quite the way we hoped.

I read it to her. And she was very sad.

She understood what it was saying, about not going to school until the eighth. There were tears because eleven days is a very long time.

But she hasn't put her jacket and backpack back on since we read it.

So the drama and disappointment of each morning ended, after about an hour, and she's been able to enjoy her holiday, now that the expectation of school is out of the way, and is actually having a lot of fun, which is wonderful.

I texted her therapist and told her that it worked, not quite how we thought, but that it had been awesome none the less.
Posted by Cammie Diane at 7:28 AM