A year ago yesterday Tessie and I woke up in the hospital after her very first sleep study and the tech looked at me as she unhooked her and told me not to worry too much because a lot of babies out grow these things as they get bigger.

I wouldn't know for two weeks that she'd just witnessed a sleep study that, when it was finally read by a doctor ten days later, and then passed on to her neurologist a few days after that when we finally made our way to PICU a doctor there would have told a nurse before we arrived after reading her chart that the very first thing that they would need to do was perform a tracheotomy the moment I carried her in the door.

Because her numbers looked that bad.

She had 45 central apneas and 136 hypopneas.  Her oxygen saturation had dipped into the 70s. 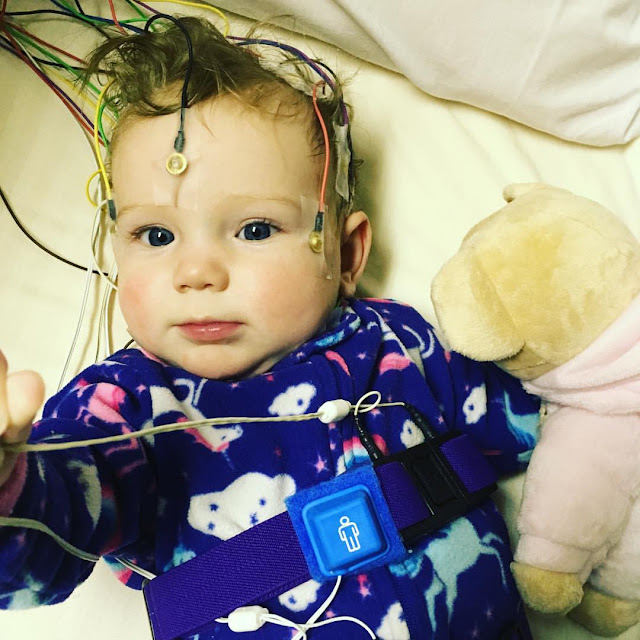 But then we walked in and she looked like this and the most common phrase heard in the room was that "this is this baby?"

No one could believe that it was possible.

Which is how I ended up going home after that first trip without any sort of monitoring equipment. 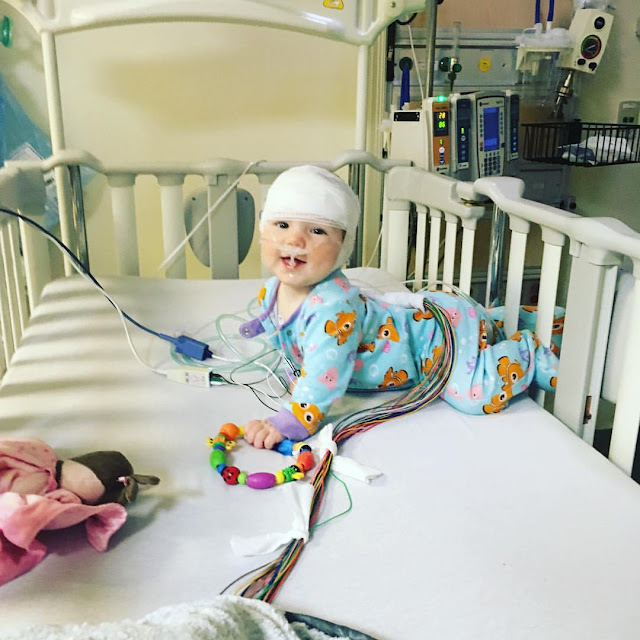 Which turned into a sort of nightmare of its own.

I know that we are very very fortunate that she was okay and that she made it through all the nights that she slept without an alarm.

From January until March (really from June until March) she didn't have an alarm and I would watch her sleep and see her stop breathing and gasp when I touched her chest to wake her.

And I pushed and pushed and finally got a referral for a second referral.  That took a month of phone calls.

We went to the children's hospital.  Once they got the referral it only took two days for them to get her in for a sleep study.  By that night they had her on a monitor. 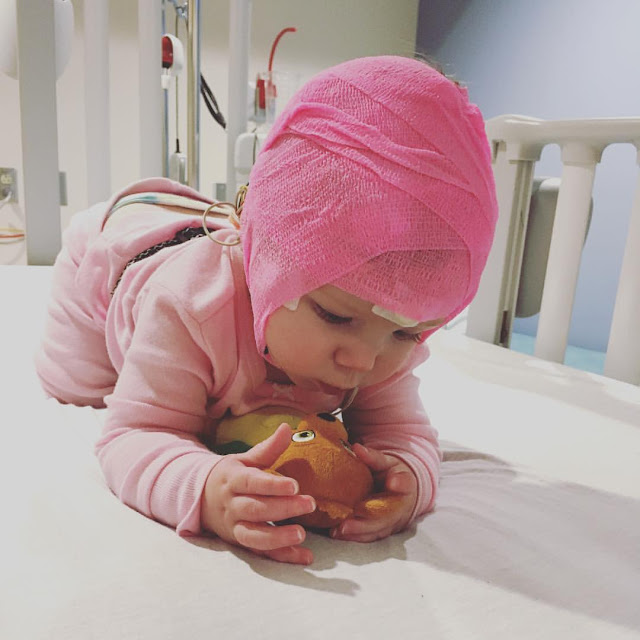 I thought our troubles were over, mostly because I didn't yet understand how her monitor was something that she would have to prove over and over again that she needed.

Every six months she'll have to show that she's sick enough (when she's asleep) to keep it.

Which is stressful because she does have good nights.  And very, very bad nights.

What if she's having a good night on the night of her sleep study?

I can't tell beforehand what kind of a night she's going to have.  I can't even tell afterwards if she doesn't have an alarm on. As long as she starts breathing again every single time that she stops. 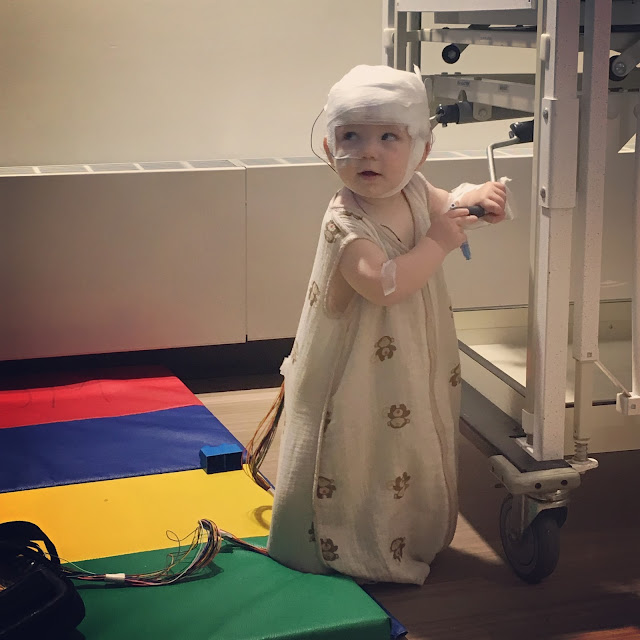 And the thing is that she is perfectly physically healthy when she isn't not breathing in her sleep.  She is strong.  She has great gross motor skills.  Her doctors have run just about every test they can think of and there's not explanation, and the "prematurity" explanation is beginning to seem less plausible to any of them as she gets bigger and is now on oxygen at night when she wasn't before (my 8 lb 12 oz, premature central apnea baby). 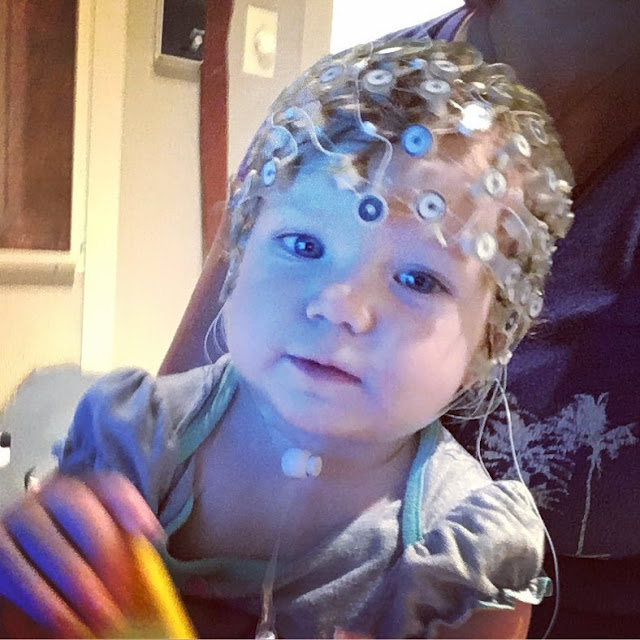 A couple of weeks ago they called to schedule another sleep study.  Already?  I said.  When? I asked. February.  The voice replied.  I thought it was six months. I said.  But I'd realized how this works.  The doctor says "repeat sleep study in four to six months" and they call and it's always four months to the day.  Which really adds up.

It's the difference between three studies a year instead of two.

Especially when you're just trying to keep the monitor for as long as possible because you've seen your kid stop breathing more times than you can count, sometimes in a single night and you've asked the people who do the downloads "hey can we just buy this thing, how much would it cost?" and they got you a quote and it was well over ten thousand dollars. 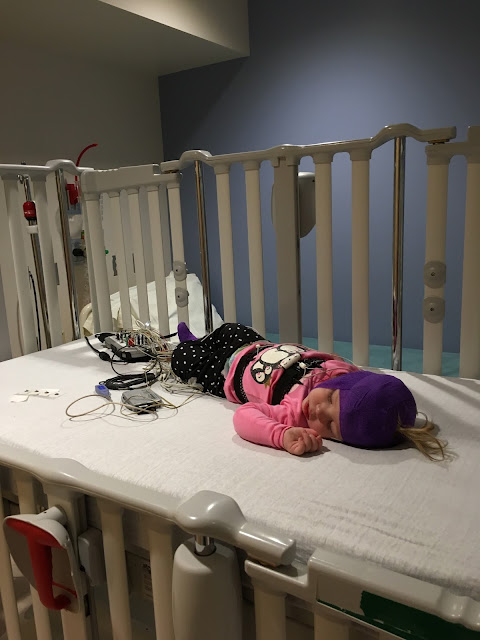 "February doesn't work for us." I said, finally learning.  "Six months out does.  Let's schedule that."

It only took me an entire year to learn to ask. 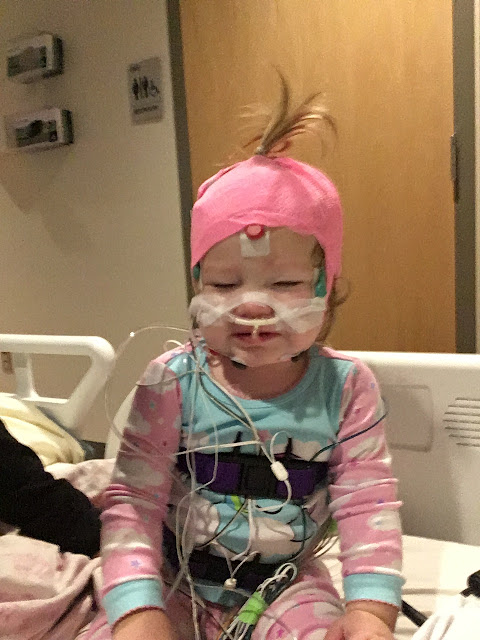 2017 was the year when we had the very scary sleep study that became the study that had to be wrong because she had no apneas in the PICU on a good night, that was repeated and ended up being right three months later.  It was the year when she had another good night in October and almost lost her monitor again, followed by another very scary night and going back on oxygen on November.

And it was probably the year I got a reputation for pushing and pushing and pushing and believing what I was seeing with my own two eyes even when I was told that it was not possible (after someone wrote on her chart "does not have central apnea," which I found out was why no one would give her a monitor after her first trip to the hospital). 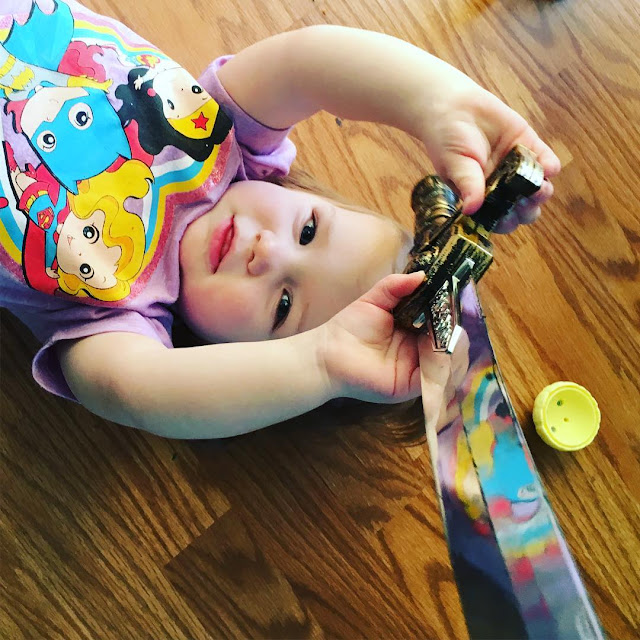 In a few days we leave and take Tessie back to Boston, not for anything apnea related but for the second part of the autism study that she started when she was one.

As the child who has carefully avoided looking at us since she was a month old, and who preferred not being held from the day she was born (literally) I will not be surprised by spectrum-y results, but we shall see.

She is most definitely her big sister's apprentice: 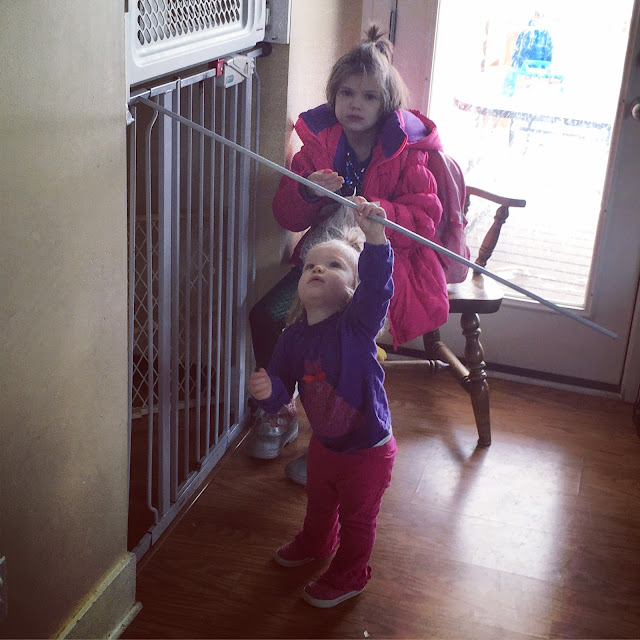